The 2 Athletes Pioneering a Triathlon Culture in the Middle East

We speak to Ayman Hakky and Mahmoud Abdelhakim, the salubrious duo behind TriFactory, the Egyptian fitness startup focused on introducing triathlons into the region. 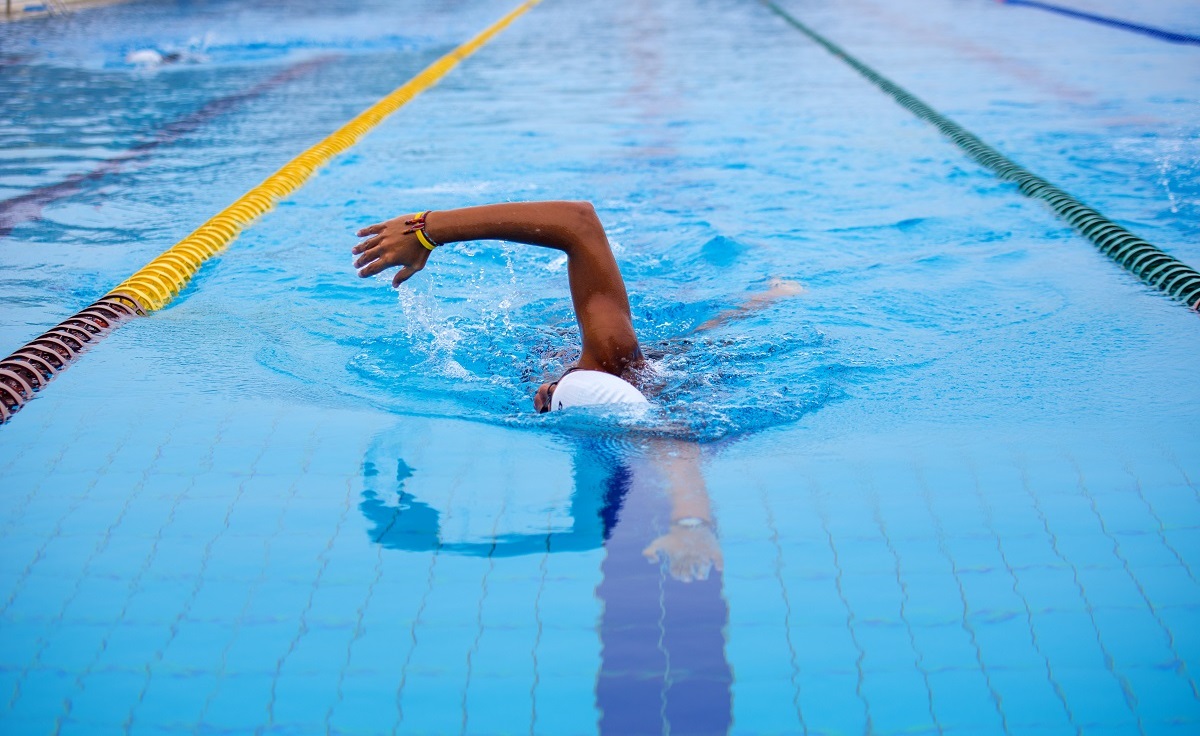 “People think of a triathlon as an extreme sport for some reason. But it's not,” says Hakky, the 31-year-old founder of TriFactory, an Egyptian fitness startup focused heavily on introducing triathlons into the local market, both training and organising the triple threat sport. Along with his co-founder, Mahmoud Abdelhakim, the duo have been on a mission since TriFactory’s inception in 2012 (although at the time it was still registered as Train for Aim) to dispel the myths about triathlons being a sport reserved only for those who shot out of the womb with six packs and instead encourage the average citizen to get involved. And if the numbers are anything to judge by, they’ve been exponentially successful. “When we organised our first race back in 2013, we expected it would be attended by 50 people tops; we ended up with almost 150 participants,” Hakky elaborates, “Ever since, every race has witnessed a doubling in participation numbers; 400 participants, then 800, now we have reached an average of 1000 to 2000 participants. Egypt holds one of the fastest growing rates in the world for triathletes. And we're expecting it to continue.” TriFactory’s annual Sahl Hashish Triathlon is now a yearly staple of the fitness scene. Since 2015 they’ve organised over 10 major sporting events across different cities, including a fundraising marathon held in Aswan in partnership with renowned heart surgeon Magdy Yacoub, as one of their core pillars is to incorporate a charitable component in all their events. This year, the team’s 5th incarnation of their annual seaside Sahl Hashish triathlon saw a turnout of almost 2000 humans, all cycling, swimming, and running their way through the various races, which range from 1km all the way to 56.5km. “There’s a certain sense of achievement and community that exists in triathlons,” says Abdelhakim, “It’s called a participation sport because thousands of people join it; I didn’t really find that feeling in any other sport.”

We have participants from 9 years old to over 70 years old, so it’s incredibly impressive to watch them complete a race. I genuinely didn't believe we'd find people at that age that are willing to participate in sports.

The idea was born initially in 2012, as purely training – at the time the company resided under the name Train for Aim (they officially parted ways with the original founders and changed it to TriFactory in 2015). “I don’t like the idea of training with no target,” says Hakky, a former business development analyst at a multinational petroleum conglomerate. “When you train with a target of a triathlon, and you finish that, you start wanting to complete a harder or longer race and keep going. This sense of achievement is addictive. It made me feel I couldn't stop and I hadn’t felt that in other fitness training and general workouts.” At first though, Hakky found it difficult to kick-start interest in the sport; “I struggled with getting people on board, people who could see the potential. It's not easy to start a business in a completely unfamiliar industry for people in Egypt. It's a new sport and it had no real existence or presence in Egypt.” But eventually, starting with a handful of people – literally – the sport began to pick up speed.

Mahmoud Abdelhakim was one of the first people who got on board with Hakky – and the co founder is now perhaps the epitome of why the sport is seeing an exponential rise in popularity. “I had zero background in sports before I started training for triathlons,” says Abdelhakim, “I’d maybe go to the gym occasionally.” Now the co-founder, who still keeps his full time job as a doctor and a professor at Qasr El Eini, not only became a certified trainer who develops the training programs and courses at TriFactory, but has also completed three Full Ironman races, 6 Half Ironman races, and is also now currently the fastest Egyptian Ironman athlete living in Egypt, and holds the most Ironman medals. For those unfamiliar with Ironman – like many of us more inclined towards pizza than pre-dawn training sessions – the race is considered the pinnacle of endurance training; the full Ironman boasts a 42km run, a 180km bike ride, and a 3.8km swim. “Ayman started training me in 2013 and I’ve been training nonstop since then,” he says simply. Abdelhakim is living testament to the fact that triathlons really are for everyone. “We train people from scratch. People from different levels come to us, there are those no background whatsoever on the sport; different ages and genders,” he explains.

Triathlons come in 5 different set distances to accommodate different skill levels; these range from kid-friendly ones to the ultimate test of endurance, Ironman, and The TriFactory team create different seasonal training programs that allow groups of athletes to access each level, and also create tailored training for those who need to attain specific goals. But at its core, since there are so many diverse degrees of difficulty in triathlons, the sport is considered accessible to all.

We wanted to do triathlon races that don't exist in Egypt with international standards.  It didn't make sense that we had travel two or three times a year for a race.

“We have participants from 9 years old to over 70 years old, so it’s incredibly impressive to watch them complete a race,” Abdelhakim elaborates, “I genuinely didn't believe we'd find people at that age that are willing to participate in sports. We’ve also seen a lot of older women participating, which is very encouraging – I noticed this trend happening elsewhere but I never imagined that it would happen in Egypt.” The team’s goal since the beginning has been not only to foster a community of athletes for the sport, but to push the sport for the athletes that were interested – if you build it they will come. They were essentially seeking to create and cultivate a triathlon culture in Egypt, which is why they rapidly ventured into organising the sporting events and not merely training the athletes. “We wanted to do triathlon races that don't exist in Egypt with international standards.  It didn't make sense that we had travel two or three times a year for a race. That's why we began organising the races in Egypt ourselves,” Abdelhakim explains.

Triathlons were not absent in Egypt before TriFactory came along; they were simply more restricted to the professional athletic sphere. “The triathlon union in Egypt was established in 2009 but its activities were limited to professionals. What we managed to do is to encourage amateurs to join the sports in a way that didn't exist before,” Hakky explains. The team considers that to be one of their key successes, and one of the most significant shifts in perception when it comes to sports overall in Egypt. “I think over the past 6 or so years there’s been a rising trend: not only is doing sports is considered ‘cool’, but the common perception often used to be that it was for professional athletes or leagues. Now, it’s for everyone.”

Abdelhakim also partially credits the digital age and the rise of social media as a medium to push and propel the sport forward. “I think one of the secrets behind people's interest in sports is social media, which played a huge role. Honestly, I got into triathlons initially because I saw Ayman’s pictures – I saw him emerging from the water, cycling, running – so I asked him about it.”

Social media has undeniably played a pivotal role in allowing for more exposure for the sport, which as it slowly spreads through the digital sphere, catches the interest of more and more people. “The pictures posted after a race are very important for the player – the photo is the real medal, a testament to your achievement,” Abdelhakim shares, “To take the picture and post it on Facebook or Instagram to announce that I'm the one who won is what infects people with the enthusiasm. Afterwards if you want to take it more seriously, it stops becoming your priority of course, but that’s what got a lot of people initially interested in the sport.”

Now, the duo have set their sights outside of Egypt, hoping to expand their brand and events outsides the confines of their country. “We’re looking at Arab countries or the Mediterranean and we’re hoping that by next year, we’ll have organised a race outside of Egypt.”

The Sudanese Artist Lighting Up Dubai with Origami Lampshades

Depression to Dumbbells: This Female Emirati Weightlifting Champion is Literally Changing the Game 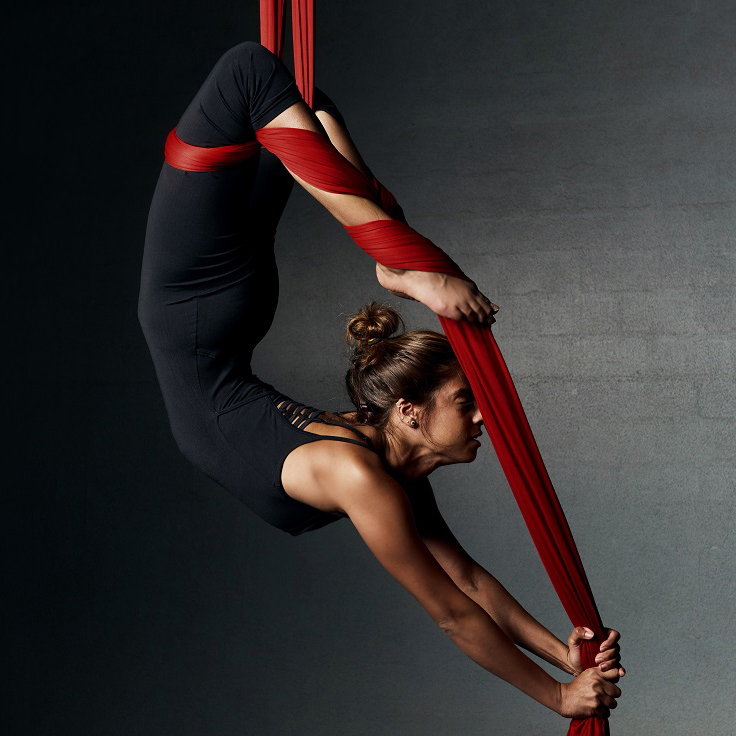 We sit down with aerial silks instructor and Nike brand ambassador Yasmin Baker to...

Emirati Aerialist Yasmin Baker and the Politics of Body Movement

Senior writer Moustafa Daly catches up with the British adventurer Mario Rigby as...

From Capetown to Alexandria: Meet The Traveller Walking Across Africa