The Price of a Pakistani Bride: The Female Artist Challenging the Dowry

Pakistani-Canadian multidisciplinary artist, Mariam Magsi, is refusing to accept the century old practice of dowry, and is confronting this custom head-on with her latest exhibition, Jahez | Dowry. 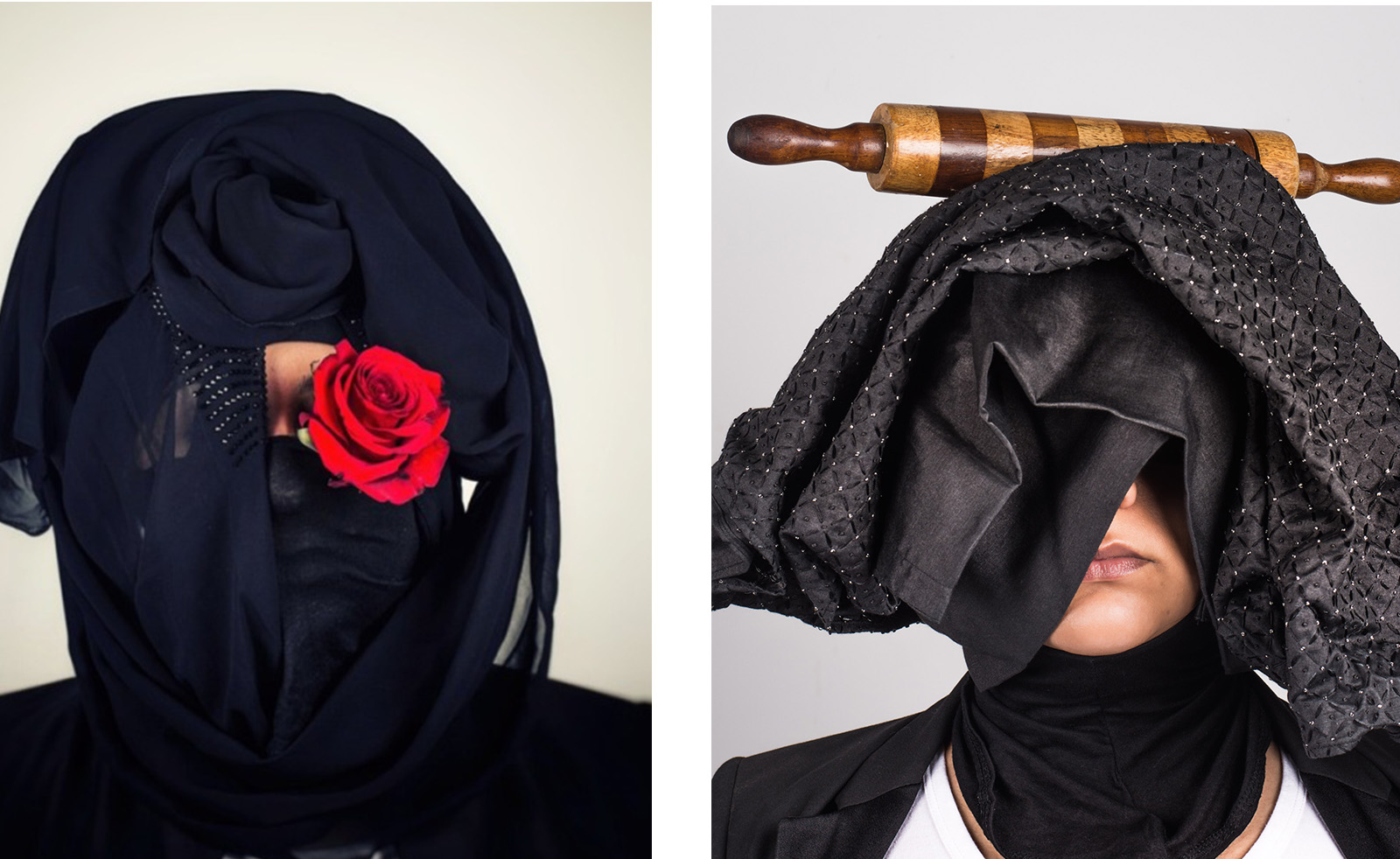 Dowry, or Jahez (in the Urdu language), is defined as the paraphernalia and money brought by a bride to her marital home. A bride price. A compensation totaling a woman’s worth through her migrating to a man with more than just herself.

Pakistani-Canadian multidisciplinary artist, Mariam Magsi, is refusing to accept the century old practice, and is confronting this custom head-on with her latest exhibition, Jahez | Dowry.

Magsi was born and raised in Karachi, moving to Toronto in 2004 to do her Masters in Interdisciplinary Art, Media, and Design at OCAD university. She dabbles in myriad mediums with her work from photography and performance art, to poetry and documentary and its focus often revolves around sexuality, gender, Islam, migration, feminism. As a Pakistani, Magsi is no stranger to the implications and the impact of dowry - from deciding a women’s role in society to the debt and violence caused by the greed of material things that come with it.

Although Magsi was raised in a progressive and open-minded household with several feminist women, she says it was “impossible to escape gender roles and expectations.” In one instance at home in Pakistan, Magsi recalls a domestic worker saying, “What is a woman who can’t even make Roti (bread) for her husband?” She says she would be shocked to hear things like these, and adds, “Many of them continue to uphold very purist and rigid views when it comes to marriage and performances that ought to be played out by husband and wife [...] reinforcing heteronormativity.”

What is a woman who can’t even make Roti (bread) for her husband?

In her work, besides just the idea of dowry, Magsi is particularly disputing the artifacts of dowry that have been forced upon women, dictated by a global structure intoxicated with misogyny, sexism, and gender roles.

For Magsi, this specially hit home when she found herself being pressed by family to marry her partner. She noticed the “presents” given to her at her wedding were domestic and gendered. These included, a rolling pin, serving trays, tea sets, cutlery, gold plated crockery, pots, pans, veils, etc. Thus, ultimately boxing her into the gender role that is expected of women; which is to manage the household in order to make life easier for a husband who is credited and assumed to be the sole hard-working provider of the family.

Although generally associated with South Asian culture, dowry, in fact, is a practice that finds its roots in the Roman Empire, and is actively seen throughout Europe, Asia and Africa. This misconception of women subjected to this kind of sexism only in the East is another matter Magsi strives to bring attention to through her work.

“There is a timer,” she says, “As you get closer to 30, everyone expects you to start being a certain way.” This burden of expectation hanging over her head became the reason for her critical exploration of the items associated with dowry. In a series of performative self-portraits, Magsi displays these domestic items not for their intended purpose, but to communicate a rebellion against them. In contest, she expresses, “these objects also connect me to my history, my ancestors, to narratives of my family, to my culture and to the women in my family, so it becomes even more complicated to critique and problematise.” Dowry, 2018 | In the piece shown above, a universal kitchen staple, the rolling pin, is struggling to balance itself on Magsi’s head without adhesion, thus, not inhibiting it too much from unravelling and rolling off. The artist then has to place the rolling pin back on her head repeatedly in a balancing act that becomes evocative of the traditions that continue to resurface and stifle women with societal expectations. Dowry, 2018 | Another rather gripping image is of decorative Jhumkas (earrings) placed over the eyes in what the artist calls a “surrealist chaos” robbing the earrings of their purpose; of trading a woman’s future for opulent objects. Dowry, 2018 | A cooking pan is used as a shield in this piece, masking herself of cultural expectations.

Magsi’s work is like thunder in dark clouds, creating space in the darkness of traditions and misconceptions with a bolt of lightning, striving to color the sky with the celestial teachings of Bulleh Shah, and with the conviction, tenacity, and forwardness of Khadija.

Magsi understands that the struggle for women to be known for societal contributions, other than just those domestic in nature, is not restricted to only a few coordinates around the globe.

Magsi understands that the struggle for women to be known for societal contributions, other than just those domestic in nature, is not restricted to only a few coordinates around the globe. She is often approached by women from a variety of backgrounds different from her own that have encountered similar burdens. One in particular, a European woman, brought Magsi’s attention to the 'Hope Chest' a box arranged by parents in order to accumulate various domestic items for their daughter, to prepare for her future as a wife. Thus, deciding that she will marry a man, and also, fundamentally establishing her place in society.

Although generally associated with South Asian culture, dowry, in fact, is a practice that finds its roots in the Roman Empire, and is actively seen throughout Europe, Asia and Africa. This misconception of women subjected to this kind of sexism only in the East is another matter Magsi strives to bring attention to through her work. As an artist, Magsi seeks to elucidate the gender struggle she knows all too well through her own intimate experience of both East and West. Her work is imperative in the criticism of cultural and social institutions established to confine women to gender specific roles, including women’s portrayal in both eastern and western societies. With her sedulous artistic efforts accompanied by her bold and magnetic complexion, Magsi’s perspective of such patriarchal partialities represents an important critique of the world we live in - and her work, Jahez | Dowry remains especially urgent in capacitating women to let go of this weight of tradition.

5 Middle Eastern Entrepreneurs Working with Blockchain to Transform the Future 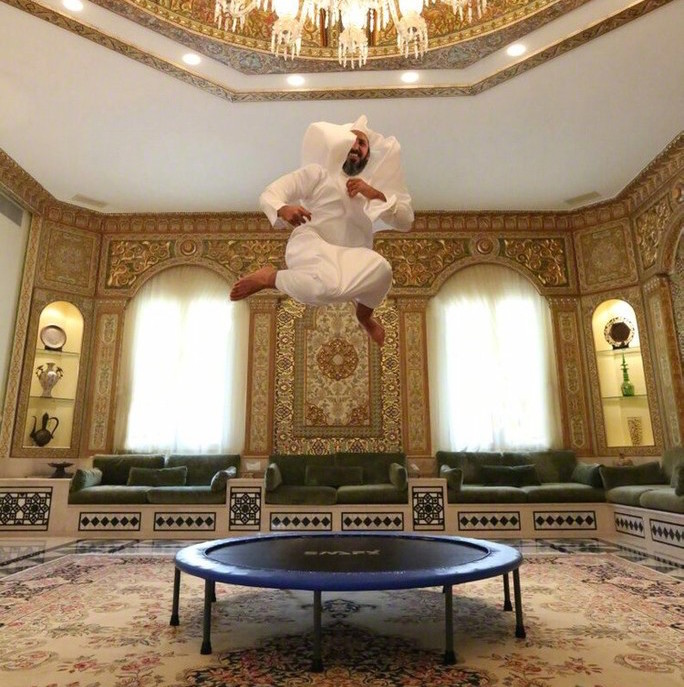 We sit down with Saudi Arabian artist Khalid Zahid who creates work that often...

Not only is artwork in the Middle East at risk of remaining stagnant, never to...

Art in Custody: The Pieces Lost, Damaged & Censored Travelling Across the Middle East

A visit to Dubai, almost a decade ago, inspired Ghada El Rabee to pioneer a whole...

The Niqabi Artist Reimagining a Saudi Renaissance with Candy Wrappers