Malak Mattar first started painting during the 2014 to limn the horrors of war in her hometown of Gaza. Fast forward to 2018 and 18-year-old Mattar is now Palestine's art emissary, representing her people's struggles the world over. 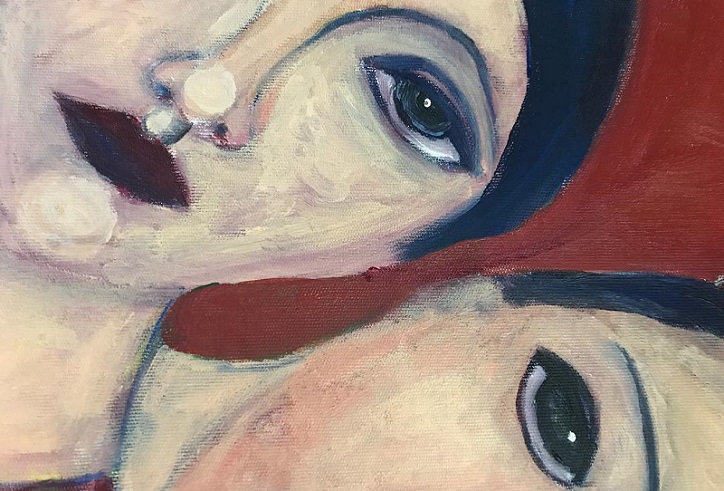 Malak Mattar watches on as her native Gaza burns to the ground from behind a computer screen in her apartment in Istanbul. Once her cellmates in the 365-kilometer-square open air prison, Gaza’s 2 million inmates are now edging closer to another bloody upheaval, as they press ahead with their Great Return March, a series of weekly protests demanding the repatriation of Palestinian refugees to the lands they were driven out of by Israel. The protests, usually held by the fence that separates Gaza and Israel, started on March 30th and are set to continue until May 15th, the 70th anniversary of the Nakba or the Palestinian Exodus. Today, incidentally. Since the beginning of the city’s revolt, 40 Palestinians have been killed and more than 1,700 have been wounded by IDF fire.

It was under similar circumstances that Mattar first picked up a brush to limn the horrors of life under siege, during the 2014 Israel-Gaza conflict, which claimed the lives of 2,100 Palestinians and 73 Israelis. Since then, Mattar’s work has been exhibited in Spain, India, the United Kingdom, the US, France, and Turkey. “Up until that point, no one felt that I was talented, if anything, they thought my drawings were mediocre at school,” she says. The then-13-year-old would promote her work on the only medium available for Gazans to tell their stories and where the world would be able to access them raw, whole, and unsifted by the filter of the many prejudices that have condemned the people of Gaza to serve a life sentence for guilt by geographical proximity. “I was using social media extensively. I would post my artwork on Facebook and Twitter, and what set me apart was that I’d post each painting with the full story behind it, or what may have inspired me to make it,” she explains. “People outside of Gaza usually know of the tragedies that happen, but not so much of the emotions that arise from them.”

People outside of Gaza usually know of the tragedies that happen, but not so much of the emotions that arise from them.

And just like that, Mattar became Gaza’s emissary to a virtual world that continues to deny her people’s plight and shrug off their struggle, with Palestine starkly present ineach one of her works. “Moustafa El Hallaj once said, ‘he who sees through the eyes of the many may never die.’ I wholeheartedly believe that your art will live on forever if you use it to represent your people and their struggle,” she says. “Nobody can begin to imagine what it’s like being constantly at war, you could die any second, but anybody could look at my work and figure out how I felt.” In this endeavour, Mattar operates from a place where the occupation and Palestine’s own internal division converge to form a double oppression. In their dreary isolation, Gazans are stuck between the proverbial rock that is the Israeli occupation and the hard place of Hamas’ Islamic extremism, which limits women’s participation in public life. “When I was in Gaza, I was veiled, and not because I was convinced by it. However, it didn’t stop me from trying to be a thinking, creative individual. So, I think freedom of thought is the only form of freedom that nobody can take away from you,” she says. “Every prison usually ends in freedom, one way or another.”

When I was in Gaza, I was veiled, and not because I was convinced by it. So, I think freedom of thought is the only form of freedom that nobody can take away from you. Mattar's favourite piece of work, Galaxy, which she sold to a family in Bristol.

Mattar was granted her freedom late last year when she made the move to Istanbul, after a pact she had made with her parents; in return for graduating top of her class, she would be allowed to pursue a university degree of her choice abroad. Mattar lived up to her side of the bargain and enrolled in the Istanbul Aydın University. “Leaving Gaza was a miracle to be honest, and if you ask anybody from Gaza what their dream would be, it’s always to leave. Life in Gaza has become too much of a challenge; basic utilities like electricity and water are lacking, and unemployment is soaring, there’s no future there,” she laments. “You are at the peak when you’re young, but it’s almost pointless in Gaza. Unemployment is above 80% and there is nothing to aspire to, and if one wishes to leave, it is often impossible.” Mattar’s art almost reached the same denouement in Gaza after she had to sell Galaxy, the dearest painting to her heart to a family in Bristol, after realizing it could be lost or damaged if it went back to Gaza. “I decided to sell it, for it to stay in a home it deserves, and not be lost forever,” she says. “It was a coming of age painting to me. It was something I’d experienced – it’s about how women’s intellect is undermined in Arab societies. I was wondering how to fight back, and the answer was to think out of the box. …The concept I was trying to get at is more rooted in imagination, and how we can use it to achieve great things.”

Leaving Gaza was a miracle to be honest, and if you ask anybody from Gaza what their dream would be, it’s always to leave.

African-American writer and scholar Toni Morrsion once said that “the very serious function of racism is distraction. It keeps you from doing your work. It keeps you explaining, over and over again, your reason for being. Somebody says you have no language and you spend twenty years proving that you do. Somebody says your head isn’t shaped properly so you have scientists working on the fact that it is. Somebody says you have no art, so you dredge that up. Somebody says you have no kingdoms, so you dredge that up.” Mattar is merely doing her work. Throughout her short time here on this Earth, Mattar has been told she doesn’t exist, she was told that her people’s existence is in excess, a superfluous one, fomented to deny others any claim to the Holy Land. Mattar’s extraordinary talent doesn’t only lie in her brush strokes, but also in her perseverance and her determination to distil Palestine’s very character in each drop of inspiration to create a visual rhetoric of daily life in Gaza. In doing so Mattar unbeknownst to herself challenges the very narrative thrust upon Palestinians by the occupation – invaders, squatters, barbarians, etc., because if Palestine never existed, how come Malak Mattar’s art does?

Pop Artist Moaud Aboulhana: Reclaiming the Future of Morocco from Its Colonialist Past 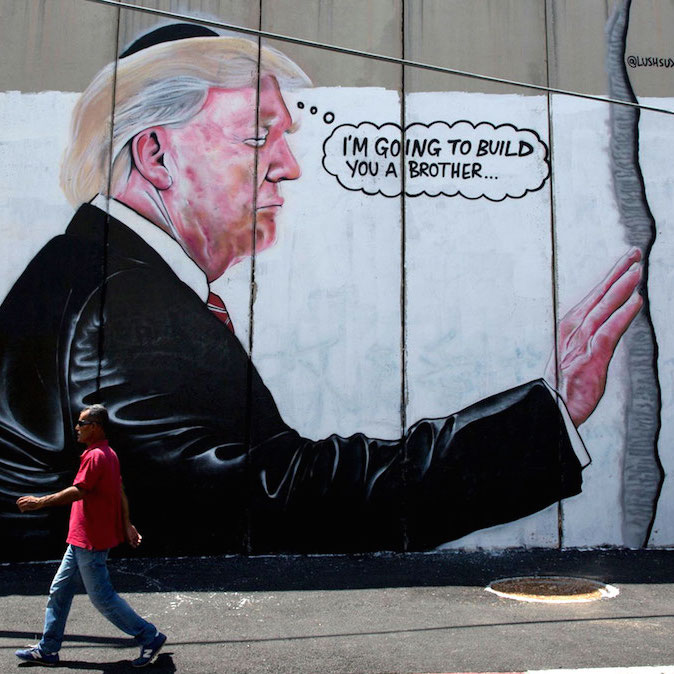 The omnipotent wall that reinforces the occupation of the West Bank serves as an...

Apartheid Art: The Stories Behind 14 Striking Pieces of Graffiti on the West Bank Wall

Basel Zaraa has been a refugee his whole life. Born and raised in the Yarmouk Camp...

This Palestinian Refugee Etches His Journey on People’s Flesh

Complete with a pool and a terrace overlooking Dubai's most iconic sites, 701, a...

Art, Coffee & A Pool: A First Look Inside This Insane New Co-Working Studio in Dubai