From Persian, Amazigh, Afghan, and ancient Egyptian history, the brand sources the stories of powerful women to place on their wearable art. 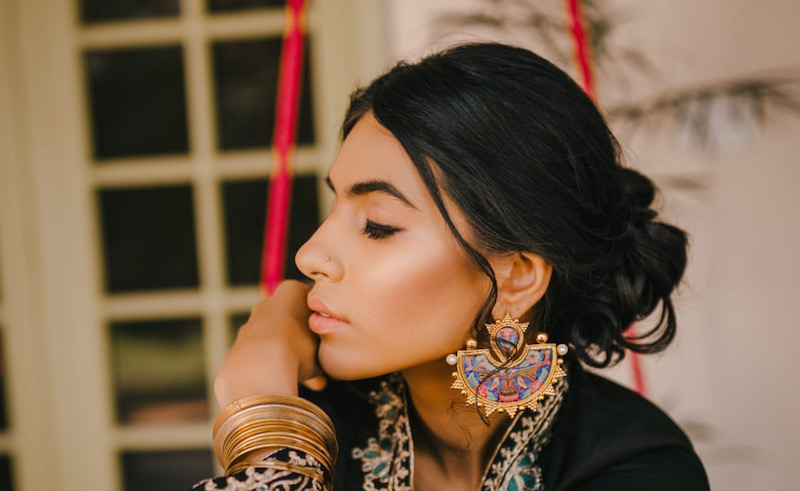 Most storytellers use pen and paper, a few use cameras, and some use paint brushes. But using jewellery, a girl's best friend (at least this girl), three Pakistani sisters are telling the tales of extraordinary women of colour using their Cairo-based brand Pierre Gemme by HUR. Hajra, Hira, and Hina Hafeez-Ur-Rehman define themselves as a feminist storytelling jewellery startup, with designs are based on prominent female figures in the histories of South and West Asia and North Africa.

“We’ve traveled to over 75 countries combined, and we come across so many stories, and those create connections that move and inspire us. The question of identity also came up between us, as Pakistani women what are the stories that we grew up with? And the idea of the brand grew from there,” Hajra Hafeez-Ur-Rehman tells SceneArabia.

From Moroccan, Persian, Amazigh, Afghan, and ancient Egyptian history, they draw inspiration from powerful women across space and time. “In the same way your grandmother’s jewellery carries a lot of meaning to you, we wanted to tell stories of inspiring women. We wanted to create a feminist brand where people could connect to a story,” Hafeez-Ur-Rehman said.

“Pierre Gemme in French means gemstones, which are an often overlooked part of Pakistan’s offerings to the world,” says Hajra of the brand's name.“The name is an homage to the natural beauty and landscapes of Pakistan. Beneath these landscape lies a whole new world of gemstones and its beauty. While living in Balochistan, we traveled along the silk road and got inspired by the gems each place had to offer. Pakistan is home to emeralds, peridots, aquamarine, Kundun, rubies, topaz, quartz, the list goes on.”

The sister trio grew up in Balochistan in southwest Pakistan, where they say jewellery holds tremendous significance. Nowadays the company has taken off, and the sisters have sustained international orders and shipping as they travel the world. Their Kandaka - The Nubian Queen earrings feature the iconic visual of Alaa Salah during the Sudanese revolution. "Alaa’s chants echo a long tradition of Sudanese women performing praise and lament poems to honour the heroes and defy ruthless leaders," reads the product's description, along with a translation of the poem by Sudanese poet Azhari Mohamed Ali that Salah was chanting in the viral video: Five hundred years ago, in the central Indian plateau of Malwa, their lived Rani Roopmati, the Lady of the Lotus, the subject of another of Pierre Gemme's designs. As the story goes, the Hindu girl of humble origins becomes queen of the city of Mandu due to her magical singing voice. After her king abandons her to the mercy of invading armies, she shows tremendous bravery and resists the advances of the new ruler, and dies a hero's death. The Amazigh queen and military leader Kahina led the indigenous resistance in modern-day Algeria against Islamic conquest in the 7th century. Her real name was Dihya, while Kahina (which means 'seer', 'prophetess', or 'witch' in Arabic) was the title given to her by her Arab enemies, who feared her clairvoyant powers.

You can order pieces online through their Instagram page. 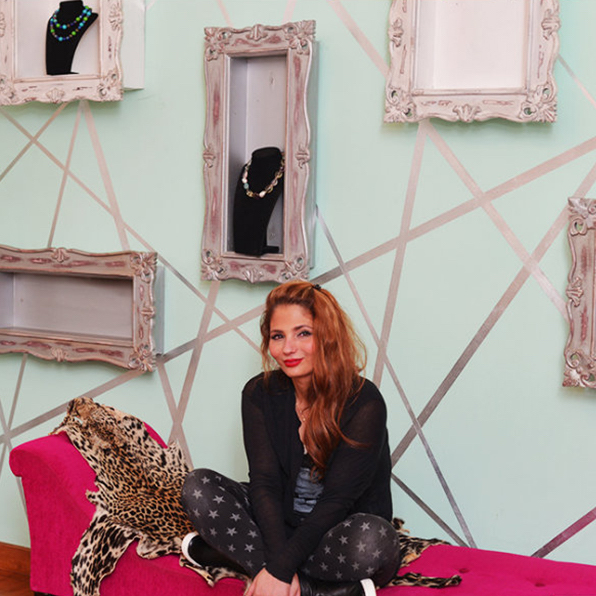 Worn by everyone from supermodels Gisele, Kate and Naomi to celeb royalty (and...

A journalist, an Oscar and Emmy-winning documentary filmmaker, and a rising fashion...