The move signifies a shift in his vision for the label - pushing it to become a global lifestyle brand. 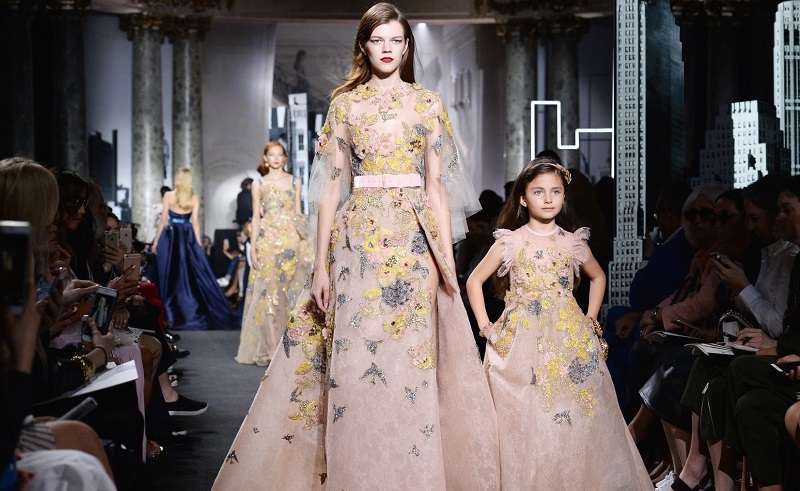 Lebanese designer Elie Saab is launching a children’s line for the first time, ‘Elie Saab Junior.’ In partnership with Simonetta, a leading company in the segment of children’s clothing – which has worked with the likes of Roberto Cavalli, Fendi, and Balmain – the line will feature his trademark upscale and meticulously crafted designs.

It will also feature footwear in collaboration with Italian shoemaker Andrea Montelpare. The new line will include formal and casual-wear, as well as a range of footwear. Photo courtesy of Elie Saab.

Saab will unveil the new children’s line on January 16th at the Pitti Immagine Bimbo trade fair in Florence, while the footwear line will launch at the Andrea Montelpare showroom in Milan on Jan. 13.

Commenting on the transition of his brand to incorporating younger generations, Saab said, “With the introduction of the Elie Saab Junior line, we take yet another integral step towards the greater vision we have been working on.” “This line incorporates our unique DNA allowing us to accompany even the youngest in their style journey offering pieces that fit their tastes and sensibilities, and that are crafted with care and attention to detail,” he continued.

This is not his first venture into kidswear design; at his Autumn/Winter 2016 Couture show in Paris, he presented a line of mummy-and-me gowns, but this is his first line of formal and casualwear for children.