Simo Lagnawi is a Moroccan Berber Gnawa artist who moved to London and proceeded to make a huge name for himself with his magnetic stage presence, astounding collaborations, and launching London's first Gnawa school. 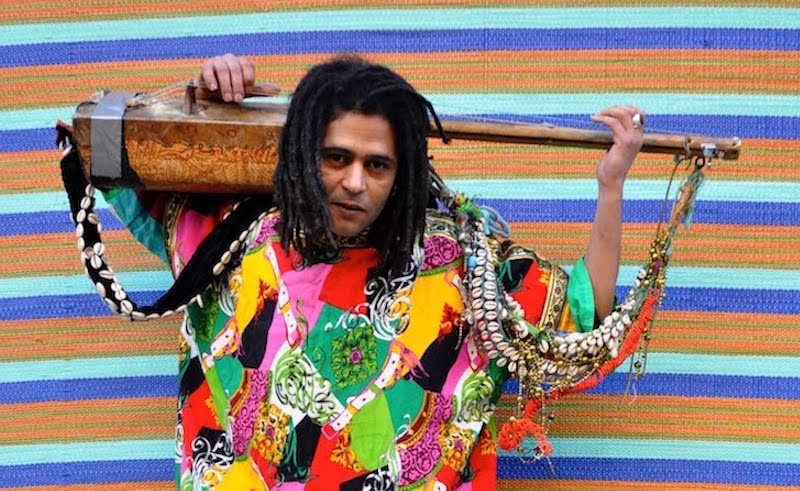 In the past years, Gnawa music has ventured out of dark midnight trance ceremonies in the depths of Morocco to take the world music scene by storm. The Gnawa are a cultural and ethnic group often confused with the Imazighen (Berbers), as well as with Sufis. In fact, they are descended from slaves that were imported to Morocco from West Africa, who upon arriving, converted to Islam, while maintaining aspects of their traditional spirit worship. The result is something akin to an Islamic Santería, and one of the world’s most vibrant and musical product of syncretism, recognized by its trance-inducing songs and hypnotic qraqeb, castanets inspired by the iron chains slaves wore.
Simo Lagnawi, though of Amazigh (Berber) origin, traveled across Morocco studying Gnawa music from a gamut of maalem’s (Gnawa masters), along with Ahwash chanting, and many of the other distinct musical styles that color the culturally unique kingdom of Morocco. Through this process of learning from a number of teachers as opposed to one, inspired a unique style in Lagnawi’s sound.

Bedecked in his vibrant clothing, Simo sang and accompanied himself on the guimbri, the iconic three-stringed bass associated with Gnawa music, made from wood, camel skin, and goat gut. After acquiring an audience, he began to collaborate with musicians from around the globe, including Japanese producers, Gambian musicians, and even the famed Amadou Diagne of Senegal.

Since then, Lagnawi’s career has taken off. His debut album Gnawa London was recognized as one of the ‘Top of the World Albums,’ and nominated by two awards by Songlines, the leading world music magazine. Since then, he has played a huge list of renowned venues and festivals, collaborating with artists from around the globe, and released two more albums: The Gnawa Berber and The Gnawa Caravan: Salt. All of his album covers are designed by the Moroccan photographer Hassan Hajjaj, who has made a huge name for himself photographing different artists in his iconic and vibrant Moroccan-inspired sets. As well, he plays in other bands such as Gnawa Blues and Electric Jalaba.
Simo Lagnawi not only aims to spread his love for Gnawa culture through performance, but through education. This inspiration manifested when he started the London School of Gnawa in London’s East End, offering classes including qraqeb, guimbri and singing. Beyond aware of the intensifying globalization that is sweeping the world, Lagnawi manages to utilize it to popularize and spread the awareness and practice of the ancient and rich Gnawa tradition. 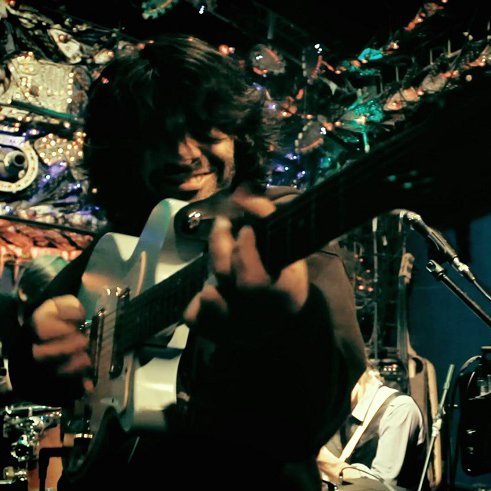 A collection of 11 informative Middle Eastern music documentaries, illuminating the...