Get to know one of the most influential musical practitioners of the 20th century. 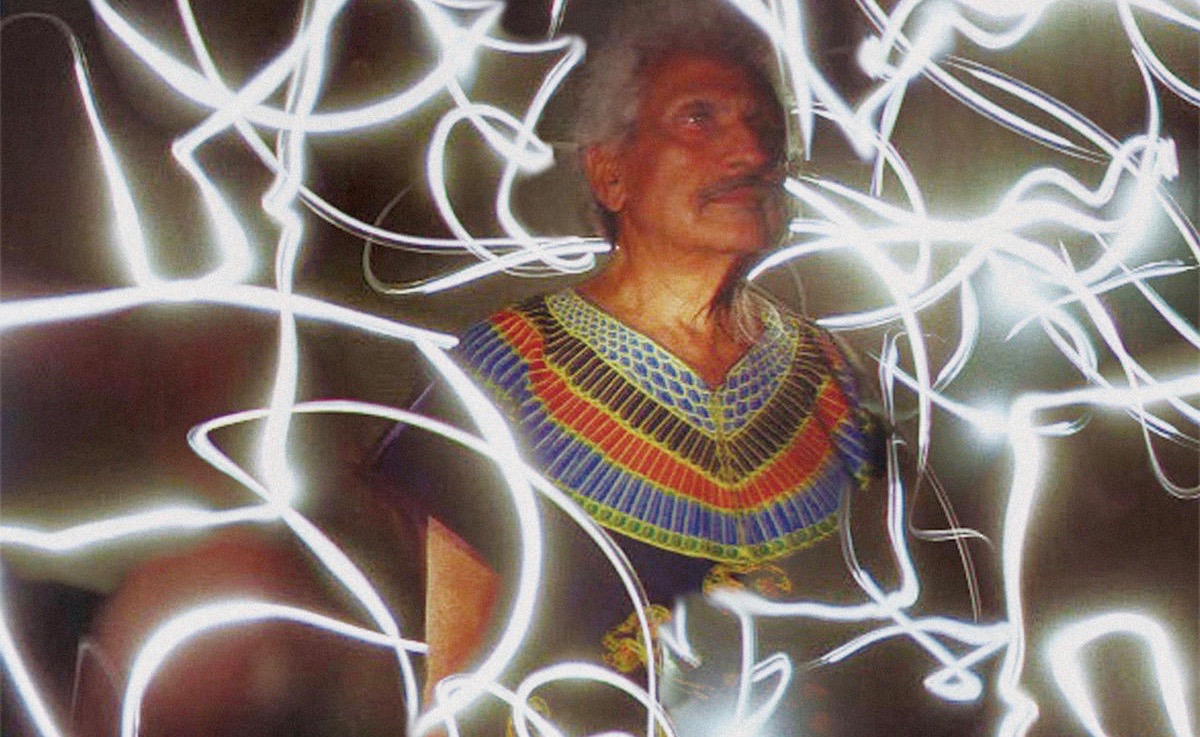 Back in 1932, an 11-year-old Halim El Dabh sparked a passion in music when his older brother dragged him to the Conference on Arab Music in Cairo, where he was exposed for the first time to wire recorded music (tape recorder’s predecessor), which in turn was the spark that led the Egyptian to create something that was sonically new at the time: manipulated electronic sound. What seems like an innocuous anecdote actually turned out to be the first step in the story of one of the world's most influential and trailblazing figures in music.

Fast forward 12 years to 1944. This is when El Dabh laid his hands on a wire recorder for the first time, in Cairo’s Middle East Radio Station. At the time, music was limited to a set of basic instruments, only encompassing organic sounds that were familiar to the human ears. Think piano, harp, viola, trumpets and even qanun.

As he fiddled around with the recordings on the machine, El Dabh turned the orchestral sound into something more abstract and avant-garde; something that hadn't been heard, or even considered, before and could be compared to noises emitted by machines - what would go on to be called tape music. Later on he started recording sound using random objects and even agricultural tools; he would hit scrap metal pieces together, recording them as he did so, before manipulating the recordings. That was the kick-off of the creation of new alien timbral textures. Nowadays, we call that method sampling - the manipulation of already recorded and existing sounds and transforming them to something completely new.

What triggered this completely original creation of music and sound? That's a tough one to answer. By his own account, El Dabh grew up with a spiritual mindset and used sound to connect with the world. From a technical and musical point of view, though, there was certainly method to his madness. In 2007, he told Mada Masr, “I wanted to find the inner sound, that vibration that’s always necessary for transcendence. I eliminated the fundamental tones of the harmony by changing the voltage – it changes the quality of the music, it seeks another quality in the voice, the hidden material, the inner part of the voice. That’s what the whole idea of electronic music is. You have a recording and you go inside the recording to find the hidden meaning.”

What El Dabh triggered with this sound art was the earliest forms of electronic music. Later going on to be an ethnomusicologist and educator, his influence is not to be underestimated - in fact, this El Sakkakini-born (a small district in Cairo) Egyptian is widely considered as one of the earliest pioneers of what we now know as electronic music.

Four years after his creating what many point to as the first piece of electronic music, French composer Pierre Schaeffer emulated his technique to pioneer influential movement, 'musique concrète'. Read any book tracking the history of electronic music or sound art, and you'll find Halim El Dabh's name in lights. So highly regarded was El Dabh that he went on to teach sound art and music in many established institutes around the United States, like the Columbia-Princeton Electronic Music Center in New York and Glauser School of Music at Kent State University.

Leaving behind a book that includes more than 300 pieces of music, including operas and ballets, as well as annotated electronic music works, Halim El Dabh’s impact is immeasurable. He launched a musical movement and philosophy that has sprouted countless sub-genres - a genre that, in 2018, is the fastest growing in the world. One that continues to take over the mainstream and is becoming part of pop.