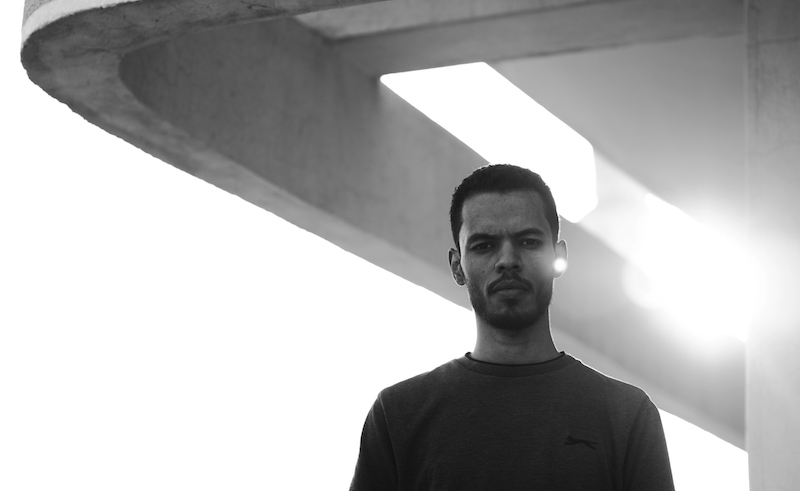 In a previous article, we featured Kord, one of the many young diaspora artists that delve into the annals of their Sudanese culture for artistic inspiration. In Kord’s case, he is part of the Sudanese community in Oman, though the Sudanese are spread across the Gulf nations and North America. Not all Sudanese artists leave and stay abroad, however - some return home.

Sufyan Ali, aka Sufyvn, was born and raised in Kuwait, but in 2006 decided to relocate to Sudan, his country of origin. He is a dentist, though that isn’t exactly why we decided to interview him. As Sufyvn, he is a producer that samples vintage Sudanese tape and vinyl, primarily from the Haqeeba era (first half of the 20th century), to make subtle, mesmerizing East African hip-hop beats that have earned him recognition from platforms such as OkayAfrica and VICE’s Thump. He has released two full length albums and an EP, along with two volumes of hip hop beat tapes he calls Pseudarhythm.

2017 was a fruitful year for Sufyan, seeing him perform at the Pantropical x Arab Film Festival in Rotterdam and participate in Spotify’s “I’m with the Banned” project, which aimed at initiating collaborations between American artists and artists from countries affected by Trump’s travel ban. He also remixed Alsarah & the Nubatone’s track Albahr for the excellent Manara Remixed album. Now, Sufyan is back in Sudan, and was gracious enough to talk to us about shifting identities, his nearly two-week layover in Cairo, and of course his music.

Growing up in Kuwait, I never really struggled with my sense of identity...but moving back to Sudan...has definitely had a great impact, which is directly reflected in my music.

You are Sudanese, raised in Kuwait, but relocated to Khartoum, Sudan in 2006. Was that your first time in Sudan? Why did you relocate?

It wasn’t my first time, we used to visit Khartoum every summer, so I was already very familiar with it.

I relocated because of school. Going to college in Kuwait as a foreigner is a bit tricky, and more so if you want to study stuff like medicine and other STEM fields.

I don’t know of any other producers who are also dentists. Have you ever collaborated with a patient, or vice versa?

No, but I have collaborated with fellow dentists and doctors who are also rappers and singers.

How has your experience in Khartoum changed since you first arrived? Has your sense of identity shifted at all?

Yes it has, to a great extent. Growing up in Kuwait, I never really struggled with my sense of identity or anything like that, but moving back to Sudan and living here for a whole decade has definitely had a great impact, which is directly reflected in my music as well.

He samples vintage Sudanese tape and vinyl, primarily from the Haqeeba era (first half of the 20th century), to make subtle, mesmerising East African hip-hop beats

Do you plan to stay in Sudan?

I'm not sure. I tend to not plan these things too much, and I try to keep it as spontaneous as possible. I might wake up one day and decide to move somewhere…

You recently represented Sudan in the Spotify project “I’m With the Banned,” meant to highlight artists from countries affected by Trump’s travel ban. If I am correct, you got stuck in Cairo awaiting a visa approval to get to Toronto. What was that week of limbo like?

It was actually more than a week - probably 12-13 days or something, which isn’t that bad really given how long visas usually take. But being away from home with all the uncertainty kind of sucked, especially while trying to stay focused and keep the ball rolling with the music. But Cairo was cool…I got the chance to see the city and meet some cool people.

I have collaborated with fellow dentists and doctors who are also rappers and singers.

You were meant to go collaborate with American rapper BJ The Chicago Kid, which you mostly ended up doing from your hotel room.  Was his writing for the track “Thinking ‘Bout You (Sleepless in Cairo)” inspired by your situation? Were you in fact sleepless?

Yes, to some extent his lyrics reflected that situation. But I'm sleepless anywhere I go; I tend to make my best music after midnight.

The video for the project is pretty gripping. I definitely got chills during the part with the oud. Can you tell us a bit about that inspiration and how you used oud in the track?

The use of oud in that track was very minimal actually, and I layered it with a lot of other elements, as opposed to my other tracks where I use oud and violins heavily.

You sample a lot of old Sudanese music, which gives your material a really unique sound. Could you tell me a bit more about what era/genre you go for, and how you source it?

I sample from all eras and genres – it’s about a certain feel and vibe, and it’s very random. But most of the time I find myself sampling from the Haqeeba era, because it’s more raw sounding…I love to borrow those vibes for my music.

In March of 2017 you released an awesome EP titled Ascension. Did you change your approach at all for that?

Yes, my approach was completely different. I used very few samples, and actually played oud myself, even though I don’t know how to play. I recorded some sounds through over-dubbing and sampling, and then manipulated them. The overall method of making the music was more open-ended without being tied to a genre or style, which made me more comfortable. I had way more fun making that EP than any other project I released in the past.

I tend to not plan these things too much, and I try to keep it as spontaneous as possible. I might wake up one day and decide to move somewhere…

Do you approach your ongoing Psuedarythm project differently?

Yes, to me at least, Pseudarhythm is a pure hip hop project, a beat tape. which is not to say it’s easier or of less importance than any of my other stuff. It’s definitely a whole different beast as far as the music making goes, but my mental approach is also completely different.

I’ve read that your music is influenced by Afrofuturism. Would you say that’s true? If so, what is your take on or contribution to Afrofuturism?

A friend of mine actually pointed out that my music has "Afrofuturistic" elements when I put out my KERMA EP, and at that point I started looking into it…and it’s true I guess,. I'm always influenced by the likes of Sun-Ra and Flying Lotus, so it kind of shows in my music without me even trying.

Can you tell us about a few of your biggest influences, both Sudanese and in the hip-hop/production realm?

I like Abdel Gadir Salim the most, and as far as hip hop production, J Dilla, Dj premier, Nottzz, Flying Lotus, to name a few.

Pseudarhythm is a pure hip hop project, a beat tape. which is...definitely a whole different beast as far as the music making goes, but my mental approach is also completely different.

Alsarah is a really good friend of mine, and I loved your remix of her track “Albahr” for Manara Remixed. How do you feel about her approach to writing Sudanese music?

She's the best! I always liked her approach in making Sudanese music - it’s very unique. I feel like it hits that right spot between the expectations of a traditional Sudanese sound and a more modern and open version of it. She keeps innovating with every release – it’s not an easy thing to do, but she pulls it off with every new release.

Are there any upcoming artists from Khartoum we should know about?

Yes, there are always great musicians in Khartoum. Right now I'm really excited about Flippter, a great Sudanese rapper. He isn’t new, but he's been putting out some awesome music recently. I highly recommend checking out his stuff.

You make your own album artwork and it’s fantastic. Are you a pretty serious visual artist?

I’m not really serious about it, but I find myself getting really excited about a design whenever I'm working on a music project. I might start doing more of it at some point.

What’s next for you?

Working on my full album, as well as a few collaborations. A lot of music will be out soon.