Here are some metal bands that have been shredding across the Middle East despite it all. 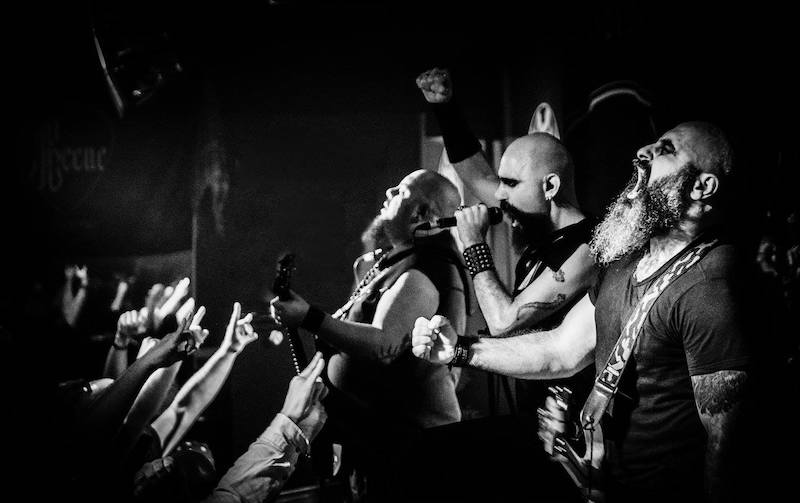 Metal music has been a subject of serious controversy in the MENA region and beyond. From receiving accusations of being devil worshippers with an appetite for cat blood, to being marginalized by society for being “different,” and even imprisoned - recall the mass arrest and torture of nearly 100 metal heads back in Egypt 1997 - metal fans have always found themselves pushed to the fringes of society.

Due to the cycles of destruction that have plagued the Middle East (and Afghanistan, which is included here), rock music has taken a dive in development since the '60s. However, since the harsher sound of death, doom and sub genres of extreme metal were introduced, they have won a growing following across the region, as youth can relate more to the topics being presented including death, violence, and the corruption of power.

Despite all the challenges the metal scene faces within the Middle East and beyond, a lot of bands have emerged and challenged the oppression back to its ruling throne. Some bands were quite successful at creating their own influenced Middle Eastern sounds, while some didn’t and just kept it straight up metal. Here are some regional bands that have made it, and continue to strive.

AlNamrood are a black metal band from Saudi Arabia. Named after Babylonian king Nimrod, their message is one of defiance against the restrictive religious norms of Saudi Arabia. Needless to say AlNamrood’s members choose to remain anonymous given the punishment they could face for pursuing their passion of metal music in their homeland, something they’ve done well apparently, considering they’ve been together for 10 years.

Often referred to as the “Lebanese ambassadors of doom”, Kimaera formed in 2000 by JP Haddad and went on to help shape the Lebanese metal scene and put it on the map. They became one the first Lebanese metal bands to sign with international imprint - Stygnian Crypt Productions in 2004. Their music has attracted attention both in the Middle East and in Europe. Metal Hammer magazine included their single A Silent Surrender in its September 2011 cover CD, and they have shared the stage with renowned international bands at festivals across Europe.

They became one the first Lebanese metal bands to sign with international imprint - Stygnian Crypt Productions in 2004.

An alternative metal band from Tunisia, their sound blends multiple elements to create their own sound. From progressive to extreme thrash and heavy sounds, they bring a unique sound when synths and classical orchestration combine. The captivating vocal lines are the crème de la crème of Persona’s sound where a mix of clean and harsh vocals is delegated properly in their tracks.

Founded in 2011 by Dubai-based artists Michael and Fad, they were later joined by a third member, Serge, as a songwriter. Their sound combines death/doom metal with Oriental elements.  Their name stems from ancient Arameans who lived in the member’s homeland and continue to inspire the group with their rich mythology.

...threats towards the band began hailing from ultra-conservative and Taliban militants opposed to metal or even any music, leading to the band playing in secret, wearing masks and not revealing their names.

Psychedelic metal outfit District Unknown hails from Kabul, Afghanistan. Originally starting out as a doom/thrash metal band, the quartet began experimenting with psychedelic music in order to carve out their own sound. As an amateur band, they performed using a series of covers and original songs, but threats towards the band began hailing from ultra-conservative and Taliban militants opposed to metal or even any music, leading to the band playing in secret, wearing masks and not revealing their names for a period of time. 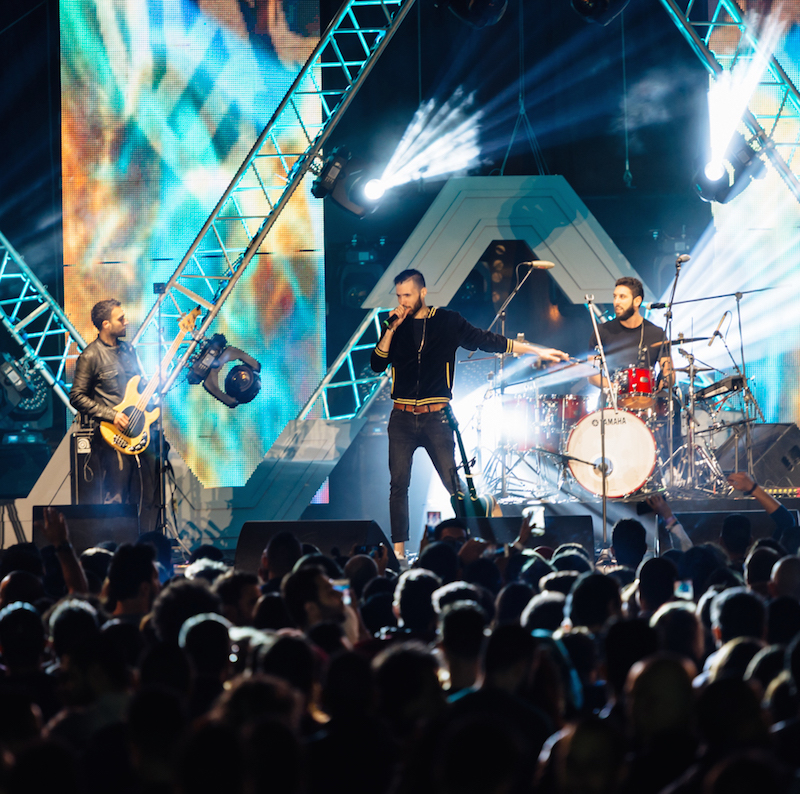 We had a good laugh with Cairokee, perched next to the water on a crisp Dubai night...