A collection of 11 informative Middle Eastern music documentaries, illuminating the facets of artists lives from Oum Kulthum to an estranged Algerian Chaabi orchestra, and music's ever fluctuating place in shifting societies across the region. 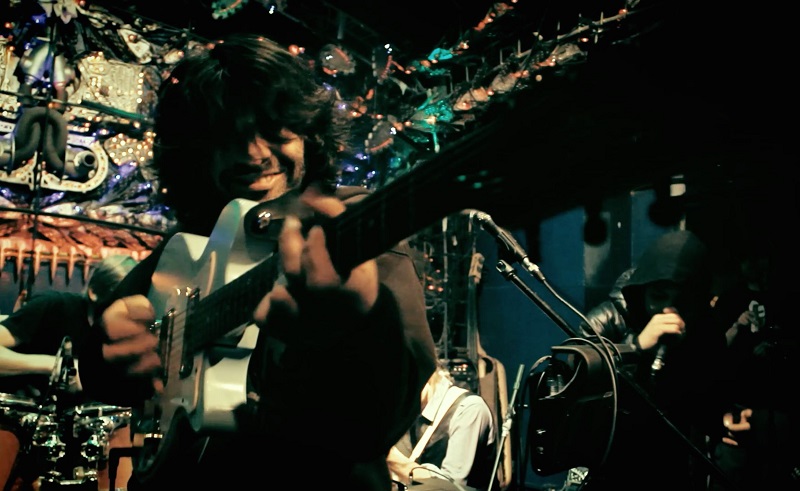 Umm Kulthum: A Voice Like Egypt (1996)
The first English language documentary about Umm Kulthum, Egypt's still reigning gem and beating heart of Arabic music, this film by Michal Goldman was produced, directed and edited for Cambridge.  The documentary takes the viewer from the Nile Delta village where she was born, to her haunts and workplaces around Cairo. It paints a picture of the queen of Arabic music through interviews with Cairene's of all social strata, from little girls to Nobel laureate author Naguib Mahfouz.
We Loved Each Other So Much (2003)
A look into the life of beloved Lebanese diva, Fairouz, through the eyes of her fans in Beirut. Though the interviewees span across an array of political and religious leanings, they all connect deeply with Fairouz's music. Jack Janssen's documentary uses the topic of the singer's societal and cultural importance to explore other darker sides of Lebanese history, particularly the civil war, and extract painful memories. This narrative, accompanied by the at once haunting and joyful voice of Fairouz, makes for a heart-wrenching watch.
Crossing the Bridge: The Sound of Istanbul (2005)
Director Fatih Akin highlights the diverse and vivid music in modern Istanbul. He and German musician Alexander Hacke documented artists with a mobile recording studio, painting a portrait of the range of artists that give Istanbul an eclectic music scene worthy of the city's vibrancy. It features Istanbul's veteran musicians along with fresh faces, and genres from psychedelic rock to Turkish Roman ("Gypsy" music), rap and indie rock.
Heavy Metal in Baghdad (2007)
This Vice produced film follows filmmakers Suroosh Alvi and Eddy Morreti as they track down Acrassicauda, a Baghdad based metal band that was featured in a Vice article four years prior. They find the group in limbo inside the war-torn, bleeding shell of their city. Interviews with Acrassicauda's members reveal the pain and difficulty of trying to maintain a life inside a subculture in a society on the brink of implosion.
Lost Songs of Anatolia (2010)
Nezih Ünen is a composer, producer and arranger who decided to make a film documenting the ancient traditional musical forms found in Anatolia. It takes the viewer through the dramatically beautiful Anatolian countryside, featuring around 20 different local acts performing folkloric songs and talking about the myths and rituals of their land and civilization. Striking visuals, esoteric content, and wildly engaging music bring to light the timeless validity of ancient culture.
El Gusto (2012)
A Franco-Irish-Algerian documentary directed by Safinez Bousbia, El Gusto is a deeply touching portrait showing music, time, and the concept of home as victims of war. It follows the members of Orchestre El Gusto, who were once a thriving ensemble of Jewish and Muslim musicians, now separated by the Mediterranean due to civil war. Former members in both Algeria and France talk about their golden era of coexistence, shattered by the need for the Jews to flee to France. Most amazingly, it shows the group reunite for a sublime concert after 50 years of separation. Additionally, the soundtrack is an exceptional album by the group.
Electro Chaabi (2013)
A look into the mahraganat scene that with the Egyptian revolution, swept from the chaabi neighborhoods of Cairo to take the country, and later the world, by a storm of addictive and chaotic sound. Traditional rhythms mixed with synthesizers, demented studio production, and real life lyrics brought to light a vibrant and often overlooked section of Egypt society, while blowing up stereos from tuk-tuks, mini buses, and stadiums. Director Hind Meddeb focuses on the music as an outlet for Egypt's restless but creative youth.
Les Petits Chats (2015)
Director Sherif Nakhla created this award nominated rockumentary about Les Petits Chats, the iconic Egyptian Western hit cover band that got their start in 1967. It follows the history of the quintet through their shifting lineups until their disbandment in the '80s. Then, it follows the band as they reunite for a performance in 2009. The film shows Egypt in a drastically different cultural era, striking a chord with both those who were alive in that time, and those who are young enough to shape the present and future.
Yallah! Underground (2015)
This film is an escapade through the independent music scenes of Cairo, Beirut, Amman and Ramallah. Filmed over four years, director Farid Eslam's intention in the film was to portray the thriving and creative musicians making art under a number of adverse and less than favourable situations, featuring artists such as Zeid Hamdan, the Arabian Knightz and Ousso Lotfy. Guerilla style camera work and enlightening interviews offer an exclusive look into oft looked over but spectacular artists of the region.
Raving Iran (2016)
This is a German-Iranian film directed by Susanne Regina Meures. The film follows two electronic musicians, Anoosh Rakizade and Arash Shadram (aka Blade&Beard) as they pursue their passion for DJing under the oppressive Iranian regime. They organize underground raves, and produce and distribute an album...activities that eventually result in a police raid on a party, in which Anoosh is arrested, eventually leading them to apply for asylum abroad. A fascinating look into the underground scene in Iran, and the lengths artists go to to create despite authoritative dangers.

From Beneath the Earth (2017)
From Beneath the Earth is a short documentary highlighting the struggles in life and art of five Palestinian musicians as they grapple with and attempt to transcend politics. It is produced by Mideast Tunes, the online platform promoting underground music from the MENA regions, in collaboration with Palestinian director Sami Alalul. The film features Mahmoud Jrere of acclaimed hip-hop duo DAM, West Bank hip-hop group Saaleek, Maysa Daw, and Haifa singer-songwriter Rasha Nahas. Though only 21 minutes, it illuminates the positive side of making art in the negative state of life under occupation. 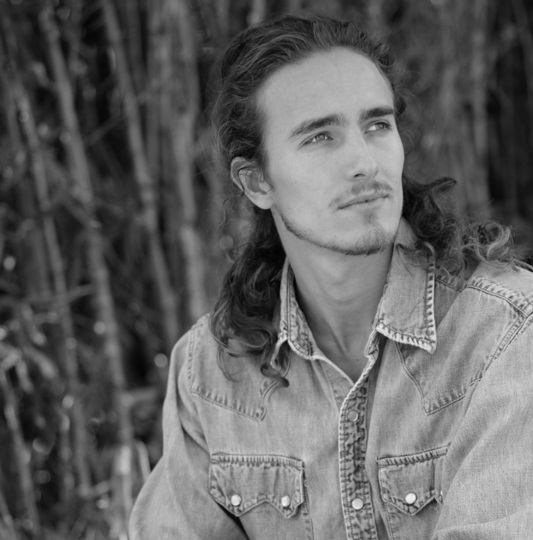 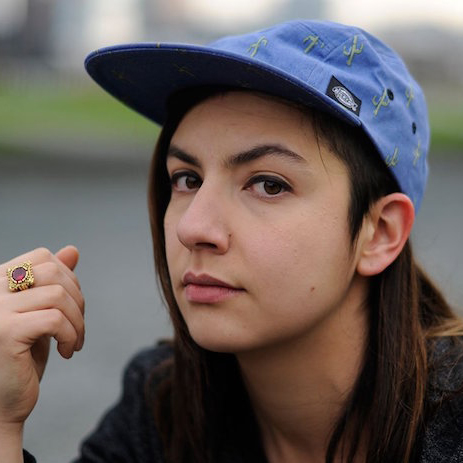 We sit down with Tunisian femme fatale SADZIKY to talk about her beginnings,...