The Egyptian Hip-Hop Artist Dissing the Patriarchy and Milking Clichés

We delve into Egyptian rapper Felukah's work as a wordsmith, and sit down to hear the stories behind the flow. 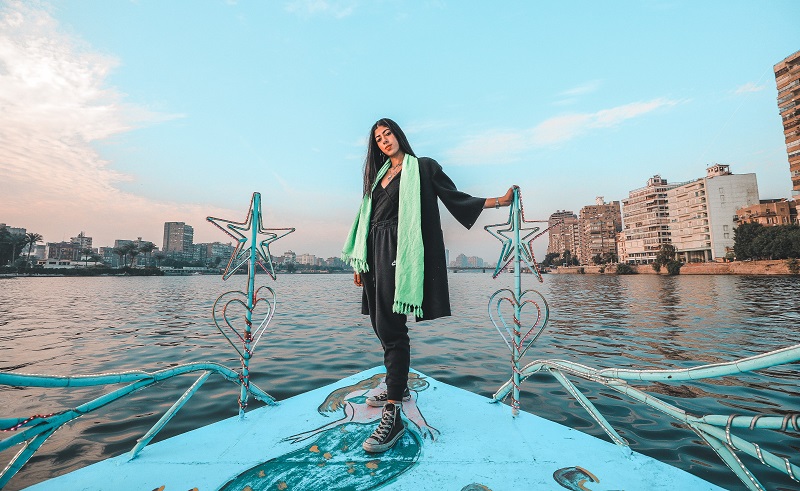 So much of hip hop, worldwide, is a middle finger. To power, to violence-ridden childhoods, to police states, to white supremacy, and – though sometimes laid by the wayside – to the endless banalities of patriarchy. Fuck-you’s to the fuckboys.

Not so common is an origin story like New York City-based Egyptian rapper Sara Elmessiry's (aka Felukah), whose first taste of semi-virality was aided by the very toxic masculinity she was attacking. One of her first releases, ‘The Rain’ is all bounce and diss, and tells the story of a group of guys in her high school who were sharing a USB stick and WhatsApp group filled with nudes, bikini photos, and grotesquely zoomed-in images of fully clothed women.

The girls whose pictures were being shared – only teenagers at the time – never came forward to their parents or to the school (no surprise, with rampant shame culture being what it is). Years later, during an impromptu recording session in Cleveland, Ohio, almost 10,000 km away from home, Felukah decided to finally put the guys responsible on blast, inadvertently getting her first taste of modest fame.

“I wanted to yell out all [the names of] these different motherfuckers,” she explains about the last verse, which lists the guys’ first names. “And people started reacting positively to it, in all senses. It was crazy, because even the guys that were being shouted out, they were like ‘oh shit, we famous.’ Not the point, but it gave me the streams. It got that shit circulating.”

It’s now two years later, and Felukah is in her final year of undergrad in Creative Writing at Hunter College in NYC, with an EP and two albums to her name, and a slew of performances in New York, Cairo, and most recently, Kuwait. The quick evolution of her style – light, bouncy, and boss – is easy to hear, with early angst giving way to emotional truth through metaphor, and what she calls a ‘loudness’ leading more into dexterous subtlety.

More than anything, Felukah is a writer and a poet. Her lyrics – funny, poignant, and political in turn – are the centrepiece of her unique sound. So to best understand her, we chose to delve into her work as a wordsmith, and sat down to hear the stories behind the flow.

One unique aspect of Felukah’s sound is immediately apparent above all others: her use of language. She doesn’t rap in Arabic, but calling her an English rapper also does not seem right. In the same verse, in the same line, completely in tandem, Felukah raps in both Arabic and English, not missing a beat between what would, for some people, sound like linguistic acrobatics. But for her, it’s not, not really.

More than sprinkling in untranslatable words or incorporating a maqsoum beat for a contrived oriental feel, Felukah is an exact expression of a particular subculture: young Arabs who – because they were raised in the West, or more commonly because they were on the receiving side of Western education, Western culture, and Western ideology in the region – have two first languages at once, Arabic and English.

Usually, artists from this subculture, which spans the entire Middle East and its diaspora, will pick a language: strengthen their Arabic, or commit to English. But commenting on her choice to flow through both in the same breath, Felukah says: “It’s how I think. And I don’t plan on being ever too much of anything. Of course I have solid English tracks. And I want to have solid Arabic tracks, that’s in the making. But to be constantly back and forth, because we don’t get to see something like that in mainstream, or even alternative, culture.”

At first glance, much of Felukah’s flow might sound odd. Exaggerated, mismatched, or somehow a little off, and her playing jump rope with language could – in the hands of another artist – be abrasive. But central to how she pulls her language act, and her entire mood, off is a running tongue-in-cheek vibe to much of her lyrics. Intentionally evocative of how Kendrick Lamar modulates his register for different characters, we can actually hear Felukah learning how to finesse her voice, for humour and poignancy.

With both tone and word choice, she’s letting us know that she’s really not taking herself too seriously. When she sings about rolling vine leaves and taxi cabs – “we rollin ma7shy wara2 3enab, wanna hit it if you can / but this vibe is Cairo skyline, Wust El Balad, taxi cab” – it’s pointedly ludicrous. When she calls out gossipy aunties and man children ‘lookin for mothers in their girlfriends’, it’s clear that the references to things like tehina, especially rhymed with tetteena (pacifier, in reference to said man children) are a joke.

“Am I sitting in the kitchen every day rolling my own vine leaves? no,” she laughs. “It’s just whack shit but it comes from some place real. And I think people realize that. And they fuck with it. That’s all that matters to me.”

Living, working, and performing in the US, Felukah is familiar with a particular pressure reserved for minority and immigrant artists to always be - in this case - Arab first, artist second. Across fields and countries, artists are expected, however subtly, to represent their cultures, to speak a certain reality, to embody a particular POC space the second they show up on stage. For Felukah, it’s a continuous game of using the motifs and flipping them, like she does in ‘Queen Cobra’ from her freshman release Battery Acid.

“I’ve only recently gotten comfortable with milking the cliché,” she says. “They want to take you as the brown girl in the room that’s going to come through for them, then yeah, let them have it. And then slip in that line with deeper messages and use that to your advantage. Get meta about the fact that they’re already looking at you like that. For me, that’s the power move. Meet them on their level, on their gaze, within their framework, and flip it.”

Throughout her discography – relatively large for an artist who has only been releasing music for two years – Felukah develops one prominent character: Cairo. At first glance, it can seem like a classic element of diaspora artistry, yearning for her hometown from exile. But for Felukah, the connection with a city runs deeper, right to the root of her becoming a writer in the first place.

Her mother, she explains, is a professor of Islamic civilization and Islamic art and architecture, and from a young age dragged the future rapper and her siblings through historic Cairo. Felukah laughingly recalls being eight years old on one of her mother’s outings, standing at the very edge of the hills of Azhar Park facing the entirety of west Cairo, with the crescent moon above, and having that very specific view burned into her young mind.

“And there’s this part where I’m begging her [my mother] in ‘Ask the Birds in Cairo’, that’s like – ‘3ayza akbar, 3ayza afra7, 3ayza awsal lel helal’ [I want to grow, I want to be happy, I want to reach the crescent] – and I know that this is where I want to be, this is the actual site for my growth. And that’s why I see myself moving back [to Cairo]. I want to grow up here.”

Felukah is currently wrapping up her undergraduate degree in New York, and is planning on moving back to Cairo right after, where she intends to cultivate collaborations, put out more music, and be part of the burgeoning alternative music industry in the city. “Gigs in New York, it’s fun, but it’s not the real shit I want to be doing. I come back and I’m at Cairo Jazz Club, and it’s like—that’s what I should be doing. It’s venues like this, the people are lit, that’s peace for me.” 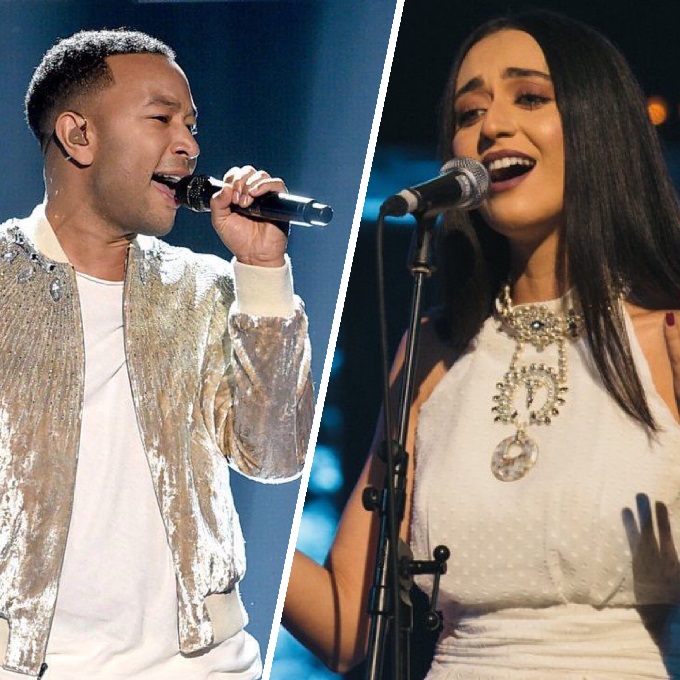 The anticipated performance is taking place in Dubai's Coca-Cola Arena as part of... 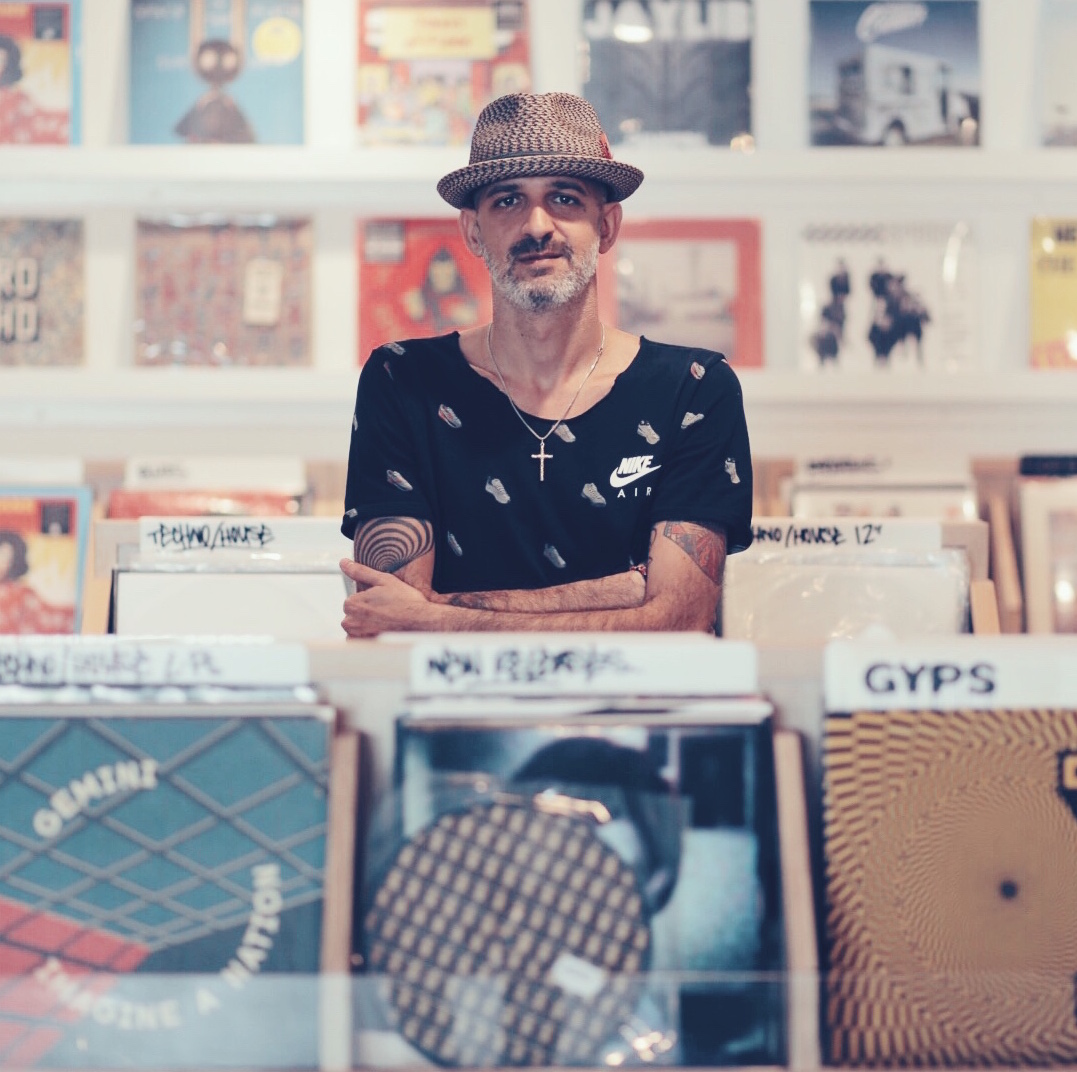 Shadi Megallaa has built a vinyl haven in Dubai, bringing together newbies and true...