In their quest for cultural identification, Arabstazy found their sound – one that is neither vertical nor horizontal. What does that mean? Niveen Ghoneim chats with them to figure it all out.

I went to meet Amine Metani with what I must admit was a ridiculous notion of what he did. They tell you he founded Arabstazy, a collective of Electronic musicians most of whom originate from Tunisia and, more broadly, the Middle East – an imperialist nomenclature for North Africa and Southwest Asia – so you immediately get this mental image of tabla, belly dancers, and a DJ deck. Suffice to say that this is exactly what they don’t do.

Amine Metani’s fascination with music started as far back as he can remember, but it didn’t materialise until 2006. “My interest in Electronic music started in my teenage years, then I started working on projects and playing them live, looking for a label, but it’s very hard at the beginning when you don’t have a network yet,” he says. He soon realised it was easily remedied; “I began to see that if you really want to do something, you have to do it yourself; if you want to play, you need to organise your own concert.” Arabstazy performing in Cairo in 2016

He later adopted his stage name, Metani – which also happens to mean ‘rarely’ in Japanese – and in 2009, Metani founded his own Electro-ethnic music label, Shouka; but it wasn’t until 2013 that it really took off. He searched as far back into his ethnic history as Tunisia’s slavery era; “we started by making traditional music – we recorded Stambeli sessions. Stambeli is a music and trance tradition where spirits are called upon for healing, inherited by sub-Saharans who came to Tunisia as slaves who brought their culture with them,” he explains.

...we decided to make Electronic music – Electro that incorporates our heritage.

Shouka produces everything from traditional to Pop music, but in 2014, Metani decided to specialise in Electronic music and it was then that Arabstazy was formed. “We thought, ‘let’s work on something more definite and more precise’ so we decided to make Electronic music – Electro that incorporates our heritage,” he recounts.

Arabstazy finds its roots in the depths of Tunisia’s cultural discordance – and other North African supposedly Arab countries, in extension. “The idea was not to play Umm Kulthum with a beat. It’s caricatural, reductive, orientalist, and almost colonialist,” he explains.

The idea was not to play Umm Kulthum with a beat. It’s caricatural, reductive, orientalist, and almost colonialist.

To understand Arabstazy is to embrace the world in all its ambiguity. It started as a set of concerts then it turned into a musical collective of artists whose sole purpose is to introduce underground Electronic music made by Southwest Asian and North African artists. The core members of this musical crusade are musicians Metani, Shinigami San, Dina Abdelwahed, Tropikal Camel, and visual artists Wafa Benromdan and Celine Meunier. “There are the core artists and then there are those who gravitate and we are all very different from one another, but the one thing we have in common is the inclination to present our backgrounds and make something that we like out of it,” he elaborates. “It’s not like, ‘you’re either part of it or you’re not’. If what you do has a place in the collective, you are welcome to join.”

The France-based act redefines everything you think you might know about so-called Arab music, and challenges the pre-existing perceptions of North African and Southwest Asian artists. “There is an obsession around ‘Arab’ music in France, but sometimes I feel that people aren’t really enjoying it, that they are just caught in this mood of celebrating something new and exotic,” Metani remarks. “What we are trying to do is to make a new musical proposition. Some people come to our gigs and are disappointed because they expect belly dancing and all that, and that is not what we do. Sometimes our music sounds Western; sometimes it sounds very Oriental. […] Artists who come from this part of the world are always looked at like they can’t just be Electronic music artists because they’re ‘Arab’.” As the collective developed, they also began introducing non-musical elements into their performances; physical performances, light shows, collaborations with visual artists.

There is an obsession around ‘Arab’ music in France, but sometimes I feel that people aren’t really enjoying it, that they are just caught in this mood of celebrating something new and exotic.

The name Arabstazy is an amalgamation of the words ‘Arab’ and ‘Stasi’, and although East Germany’s ruthless state security service is long gone, the name’s connotations can still come in handy. “We want to question what it means to be Arab; that is not to say that we identify as Arabs, but something happened in North Africa and now we are referred to as Arabs, and our countries are dictatorships, so that too,” Metani says. “When people in Tunisia realise they’re not Arabs, they say ‘we’re Berbers’ – you’re not Berbers either; you’re bastards. I’m a bastard; I am a mix of Arab, Mediterranean, and everything else. We are like a shakshouka!” he joked.

Artists who come from this part of the world are always looked at like they can’t just be Electronic music artists because they’re ‘Arab’.

Empires rise and fall, cities are built on top of each other, and the old is replaced with the new. The world evolves and changes and we, the helpless spectators that inhabit it, have no choice but to flow in whichever direction the powers that be pull us to. But history has always served as a reference, like a portal that leads to the past and provides context. “We need to embrace multiple identities and cultures; you are not just one thing," Shinigami San jumped in. "Me, for instance, I have multiple origins; Turkish, Berber, Amazigh, Arab, etc., and all of that makes you Tunisian. Arabs came during a certain period in our history, they weren’t there since the beginning of time. No one is a 100 percent one thing.”

I’m a bastard; I am a mix of Arab, Mediterranean, and everything else. We are like a shakshouka! Born Ziad Meddeb Hamrouny, Shinigami San produces music with the same nebulousness. “I address this problem in my music by rejecting anything that fits in a pattern; when I’m writing music and it becomes horizontal, to me, that is Oriental; when it is vertical, to me, that is Western,” he says. “Some say there has to be some sort of equilibrium, mais je m’en foue! Because my music is certainly going to be influenced by my background, there is no way someone who doesn’t come from my background will interpret Electronic music the way I do.”

We need to embrace multiple identities and cultures; you are not just one thing. Me, for instance, I have multiple origins; Turkish, Berber, Amazigh, Arab, etc., and all of that makes you Tunisian. Arabs came during a certain period in our history, they weren’t there since the beginning of time. No one is a 100 percent one thing.

Along Africa’s Mediterranean coast, people struggle to reconcile the mighty forces fighting for their hearts and souls, each pulling and tugging in a different direction. Our lands stand on a history of occupation by successive empires from Roman to Byzantine to Ottoman, to the culture du jour: Arab.

Arab culture was brought to North Africa by Muslim conquests and soon turned into totalitarianism with the rise of Arab nationalism as the vast majority have embraced it, denying members of society who don’t identify with it the right to a cultural identity that includes and represents them, too – ignoring thousands and thousands of years of equally worthy patrimony that merit an equal presence in our arts.

People fear what they don’t know; we resort to stereotypes to intuit each other’s identities, and most of the time this presumed knowledge and these preconceived ideas hold water. In this part of the world, individuality is seen as a form of deviation. Yet once you step out of it, you are faced with a broader form of social hegemony, a global one that doesn’t recognise your individuality either because your passport says it all: Arab, Muslim, belly dancing, tabla, hookah, etc. Arabstazy transcends the classifications and the ready-made one-size-fits-all profiles to give you the ultimate truth: you, my friend, are a bastard. 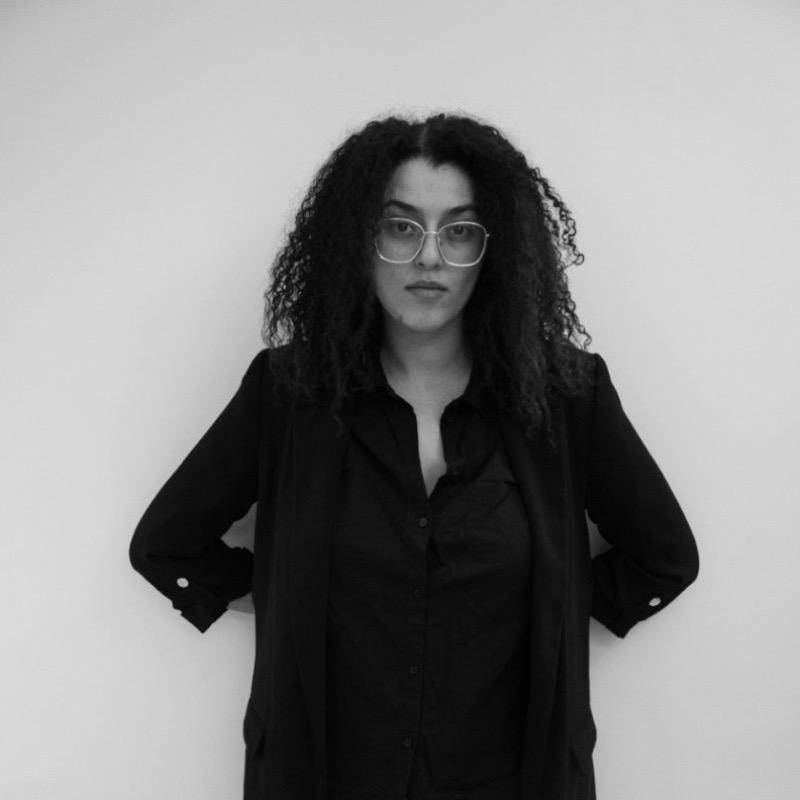