In a region that craves audiovisual, how can podcasts ever become relevant? We ask the co-founder of Middle Eastern podcast network, Kerning Cultures. 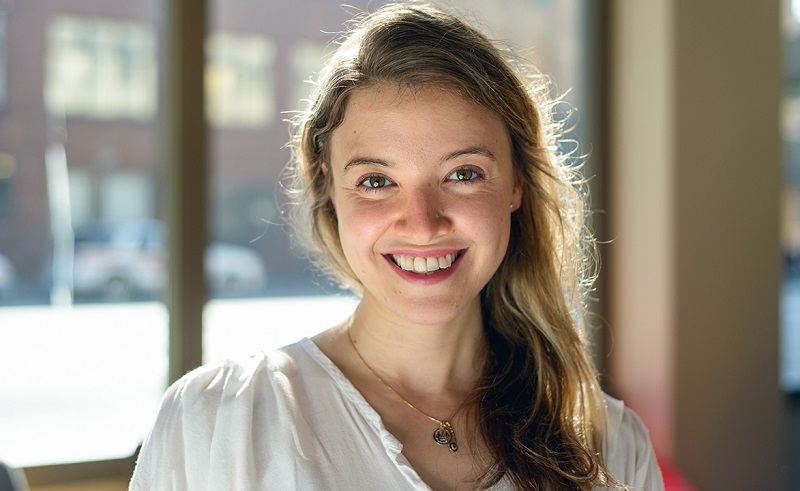 This year, it was reported that Dubai-based podcasters had experienced a whopping 100% increase in downloads across the UAE, with regular podcast listeners increasing from 25% to 75% - all remarkable numbers that were said will finally usher in the culture of podcasts to the Middle East.

The numbers, reported by Gulf News, certainly made for good reading, but we’re talking about the smallest population (9.5 million) living in the wealthiest country in the Middle East, which doesn’t make for an accurate reading of an estimated population of 411 million people across the whole region.

Though itself based in Dubai, podcast startup, Kerning Cultures, is looking to change to that, particularly with the two biggest individual markets in the region – Egypt and Saudi Arabia. A week before her appearance at one of the biggest business and entrepreneurship conferences in the Middle East, Egypt's RiseUp Summit, I sat in a quiet corner of our Cairo-based office at 7 PM for video call with co-founder, Hebah Fisher, in Seattle, where it was 9 AM. “Kerning is a process in typography,” Fisher explains of the peculiar name of her startup. “It’s the sizing of the space between letters in a font so you can read the word more clearly and it’s more beautiful to look at. So, the name is a metaphor; in the spaces between the cultures are the stories that we tell.”

What’s powerful about just audio is that it fires the imagination away [in a way] that you can’t really get with video. It transports you into this other world where you need to imagine what the characters look like

And that’s how it all started three years ago; Fisher wanted to tell the story of the Middle Eastern diaspora in the authentic voices of its own characters – quite literally. “What’s powerful about just audio is that it fires the imagination away [in a way] that you can’t really get with video,” she describes. “It transports you into this other world where you need to imagine what the characters look like and you go off your voice and it’s just this really intimate medium.” Having been part of the entrepreneurial ecosystem in one way or another during her college days, where she studied anthropology, Fisher decided to co-launch her first company; a microfinance and business education for SMEs. A few years later, feeling homesick, she moved back to Dubai, where she had spent her childhood and teenage years.

There, she spent almost a year and a half managing the international incubator, Impact Hub, before realising it was time to start her own business rather than supporting those of others. “I took some time off to figure out what I wanted to do next, and then came up with the idea of Kerning Cultures,” Fisher explains of the beginnings of her startup podcast network that broadcasts a diversity of authentic stories told in the voices of their protagonists.

Many listeners have given feedback saying that, after listening to some of Kerning Cultures’ podcasts, they felt like they just had this really intimate conversation with the people on the episode – an experience new to much of the Middle East.

Other than the unique feel that audio echoes, the reason that Fisher and her co-founder, Razan Al-Zayani, chose podcast as a format is that it’s an untapped media in the Middle East. “Our business model is based on episode advertisements, licensing our stories, sponsorships, memberships, and white label production for brands,” Fisher says. Kerning Cultures is composed of a day-to-day team of four: two full-time and two part-time; Alex Atack is the managing producer, Dana Ballout is the editor, and Bella Ibrahim is the marketing lead.

We believe that podcasts are the media’s next growth market and we have all the right ingredients for it to take off in the region just as spectacularly as it has elsewhere in the world, if not more so

From Al-Seerah of Upper Egypt to the Hekawatis of Damascus, oral storytelling pulls on a long history that the region has always taken pride in; where old men, often with a oud or another string instrument, walk in the dimly lit streets, telling folk tales of heroes, drawing the attention of children passing by. This was - and still is - a form of profession that people took and found demand for. In the digital age, Fisher and Al-Zayani find it only natural that these folk storytellers take their folk tales to digital media.

“There’s maybe a couple hundred active podcast shows coming out of Tunisia, Lebanon, K.S.A, and UAE,” Fisher says. “But that’s a fraction of the podcasts that exist [worldwide]; there are almost half a million podcast shows coming out of western markets, and so as Kerning Cultures we are [not only] building the ecosystem for the region, but also enabling the ecosystem at large, so that advertisers, investors, and sponsors take an interest, because we believe that podcasts are the media’s next growth market and we have all the right ingredients for it to take off in the region just as spectacularly as it has elsewhere in the world, if not more so.”

Their vision is to have 15 original Arabic and English shows under the umbrella of Kerning Cultures. “Right now, we have one show out which is also called Kerning Cultures, where we produce radio documentaries from the region and its diaspora,” she says. They’ve told stories of specialty coffee in war-torn Yemen, as well as let women tell their own stories of their strife with the aftermath of their divorces.

“We followed the journey of a Syrian refugee who went to Turkey and literally followed him on his two-week journey to Norway,” she recalls. “We had done stories about Iraqi-Americans who came to the US in the 60s and face an American public who doesn’t know how to pronounce their names. So they changed them from ‘Yasser’ to ‘Tony’, and then that name sticks for the next fifty years. The older men now reflect on the weight that their names carry and what it meant to take an English name.” Fisher is one of the speakers set to take RiseUp Summit’s creative track by storm this year, where she’ll engage in conversation about the audio market in the Middle East with fellow podcast entrepreneur, Ramsey Tesdell, the founder of a Jordanian podcast network called Sowt.com. Moreover, Kerning Cultures’ goal for 2019 is to close their seed round of fundraising, and so being at RiseUp Summit is a valuable opportunity. Making an appearance at arguably the region’s biggest entrepreneurial summit will inevitably pave the road to establish ties with several sides of the Egyptian market.

There is a style of production in podcasts that’s very similar to radio, which usually reaches more households in the MENA region than television does. So audio listening is very natural for this audience.

“We want to foster relationships with radio stations across Egypt to air our stories, as well as relationships with advertisers and digital agencies creating content strategies for brands,” Fisher says. “We want them to start considering audio as a content strategy as it’s a completely untapped medium. Egypt is a huge market in general and it’s also one of our spaces where we are getting a lot of story inspirations from, so we are very excited to move into Arabic programming in Egypt,” she says.

Though she's aware of the size of the task ahead of Kerning Cultures, she believed first and foremost in the podcast as a completely unique, but digestible and familiar medium.

“There is a style of production in podcasts that’s very similar to radio, which usually reaches more households in the MENA region than television does. So audio listening is very natural for this audience,” she explains. “Certainly, for me, as a half-Egyptian, I want [Kerning Cultures] to really build more presence in Egypt and create more Egypt-inspired stories for our listeners.”

Catch Fisher on stage with Ramsey Tesdell on Friday 7th December at 4 PM at the Greek Campus.

Go to riseupsummit.com for tickets and the full agenda. 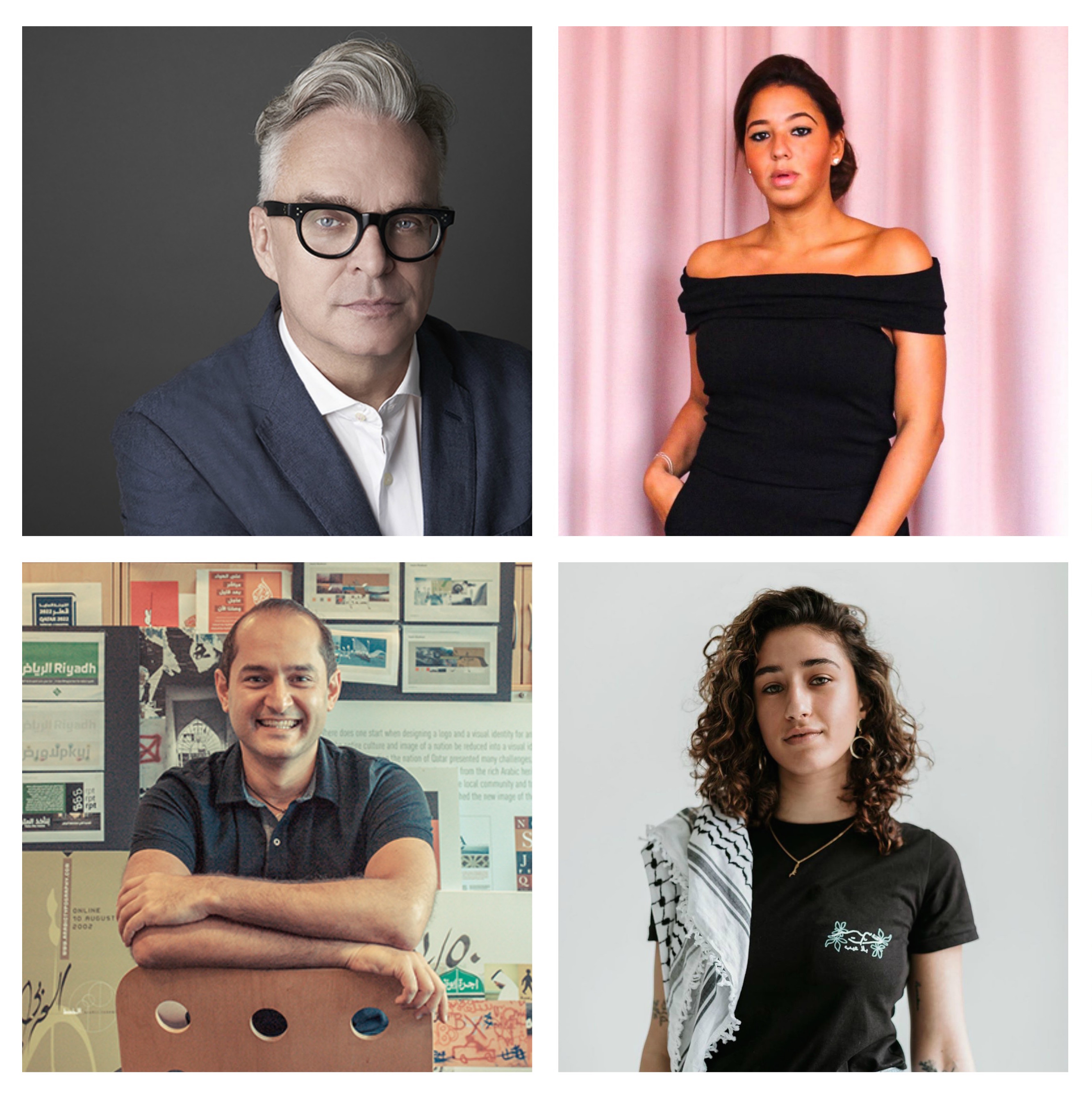 Meet 22 incredible speakers set to take part at the 2019 incarnation of RiseUp...