For every doll purchased, one is gifted to a refugee, orphaned, or underprivileged child in need. 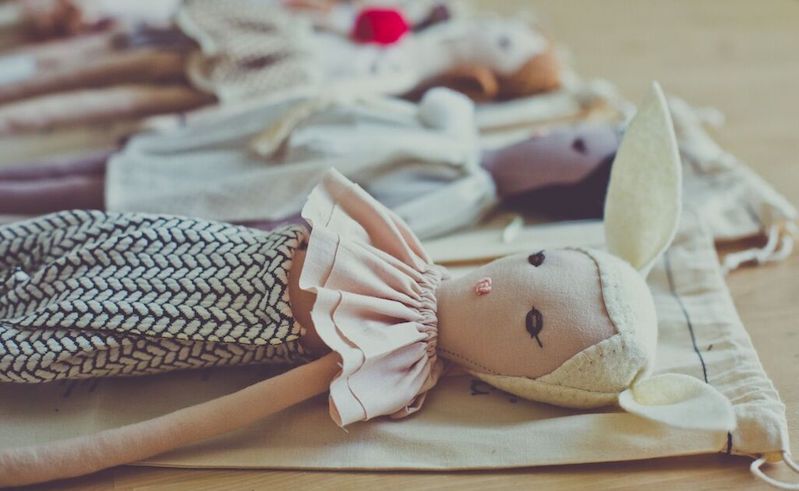 When we were growing up, the dolls we played with had a certain - quite dangerous - aesthetic. They were Barbie and its derivatives, and for the younger generation the even more heavily made-up, sexualised Bratz. Inoffensive as children’s toys - of all things - may seem, it only takes a small step back to realise the dangers of the unrealistic body expectations, the archetypal gender roles, and the often overt sexualisation these dolls pose to young girls.

The dolls are an easy, tangible starting place to talk to your children about orphaned/refugee/vulnerable children and how the doll now cosmically connects them

Over the years, as this danger has become clearer, dedicated studies have shown the impact dolls like Barbie - whose measurements mean she would be physically incapable of supporting her own head if she were a real woman - have had on young girls over the years. But today, there’s a new generation of parents, conscious of not only the body image issues they want to spare their children, but also of the social, environmental, and justice concerns of our world. As they actively raise a socially responsible (and hopefully less insecure) generation, why shouldn’t the toys they buy their children represent that same ethos of parenting? “Toys and gifts designed for children are all too often meaningless, unattractive, carry a short shelf life of enjoyment and don’t represent the values parents otherwise so diligently try to instill in their children’s lives,” says Sahar Wahbeh, founder of Dumyé, a Dubai-based toy boutique that sells handmade, personal rag dolls with a purpose.

Wahbeh, a Lebanese-Palestinian, Virginia-born and raised designer set aside her career in branding in 2013, after facing the same problem in buying a gift for her then one-year old daughter Neeva in New York. “I wanted to gift my daughter a doll that would be (no pressure) iconic of her youth, lasting from the playground to her inevitable first broken heart. Nothing I found in the market captured both her spirit and my heart.” After a trip to New York’s garment district, Wahbeh made a workspace out of an old ping pong table, and made her very first doll. And with that, Dumyé was born. Today, out of her studio in downtown Dubai, the dolls have been sold in over 20 countries worldwide. In addition to the alternative aesthetic of the doll itself, and perhaps just as or even more importantly, for each one purchased, a Dumyé doll is gifted to a refugee, orphaned, or otherwise underprivileged child, who makes their own in an art workshop.

The dolls they make share a piece of their stories in a way that doesn’t require them to say a word. One child may design a doll in the image of what they wish to be when they grow up, so full of hope, and another doll will be bleeding and wounded, a direct doorway into their past...

More than their tagline, ‘Dolls with a Purpose’, Wahbeh describes the dolls as ‘ambassadors for good’, entry points for parents to have difficult conversations with their children. Today, even toddlers are exposed - from afar or up close - to the harsh realities of poverty, war, and displacement through relentless media that no parent can realistically hide their kids from.

The creative process is not only healing, it’s liberating.

“The dolls are an easy, tangible starting place to talk to your children about orphaned/refugee/vulnerable children and how the doll now cosmically connects them,” Wahbeh explains. The gift comes to represent “the tangible understanding of how their doll has brought joy to a child less privileged than they. It is a raised social consciousness, a knowing that their responsibility in this world lies not just with themselves, but with all of humanity.” In dedicated arts workshops held in partnership with local non-profit organisations, thousands of underprivileged children in Lebanon, Egypt, the UAE, and the US have made their own dolls, guided through the entire process, from designing their characters to making the final stitches. Instead of handing the gift to them, Wahbeh explains the intentional focus on the children making their own dolls, and the simultaneously uplifting and sobering realities that comes with the process.

“The dolls they make share a piece of their stories in a way that doesn’t require them to say a word,” Wahbeh reflects. “It’s both beautiful and heartbreaking. One child may design a doll in the image of what they wish to be when they grow up, so full of hope, and another doll will be bleeding and wounded, a direct doorway into their past...The creative process is not only healing, it’s liberating.” The fully customisable dolls are also a welcome reprieve from the white-skinned, blue-eyed, scantily-clad bombshell archetypes many children who buy or receive doll cannot relate to in the least. Dumyé's dolls bear little resemblance to the gaudy clothes, the made-up faces, and the commercialist accessories of the toys so many of us are familiar with from our own youth. Their clothes are understated but heavily curated, their skin tone is customisable (gone are the days when girls were made to feel bad about their melanin because it didn’t match the white, rosy cheeks of their dolls), and the signature purpose pocket points to the doll’s active life. She’s not sitting around waiting for Ken to pick her up. Though Dumyé markets mainly for girls, they have also introduced male dolls in two ranges, as well as a host of gender-neutral animals to their collection.

Toys and gifts designed for children are all too often meaningless, unattractive, carry a short shelf life of enjoyment and don’t represent the values parents otherwise so diligently try to instill in their children’s lives Elaborating on what she calls the “chain reaction of good” that is set off by supporting Dumyé, and their promise of Karmic Goodness, Wahbeh points to Dumyé’s production partnership with an NGO in Uttar Pardesh, India. The Pardada Pardadi Educational Society, which provides schooling for girls in a rural community and economic opportunities after they graduate, makes the dolls found in their DIY Doll Making Kits and for doll-making workshops, as well as cloth bags for packaging.

Both feminine and powerful, environmentally friendly and socially conscious, Wahbeh’s dolls offer a welcome respite from the barrage of sexualised, whitewashed representations marketed to teenage girls. And it would probably have spared us quite a few unwelcome hours of mindless, commercialist self-loathing.

You can find the dolls at Dumyé's online boutique or in the Dubai Mall. 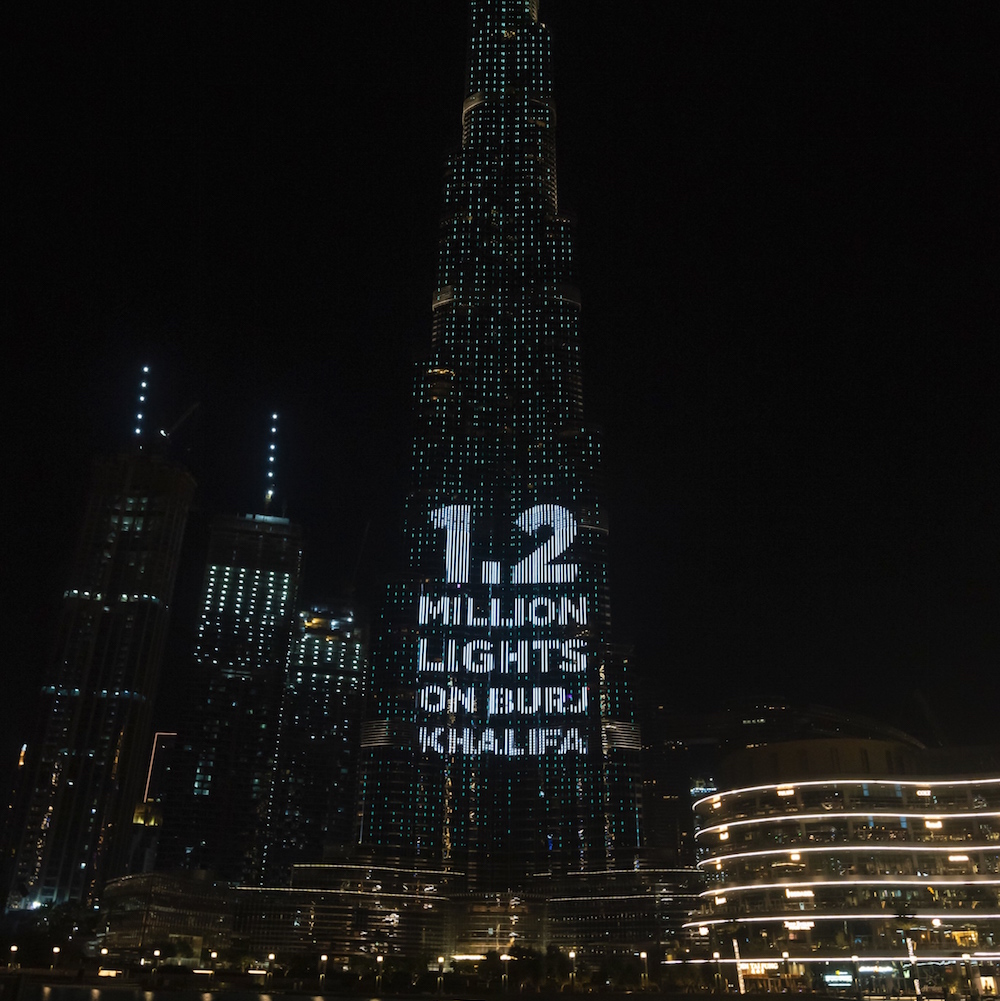 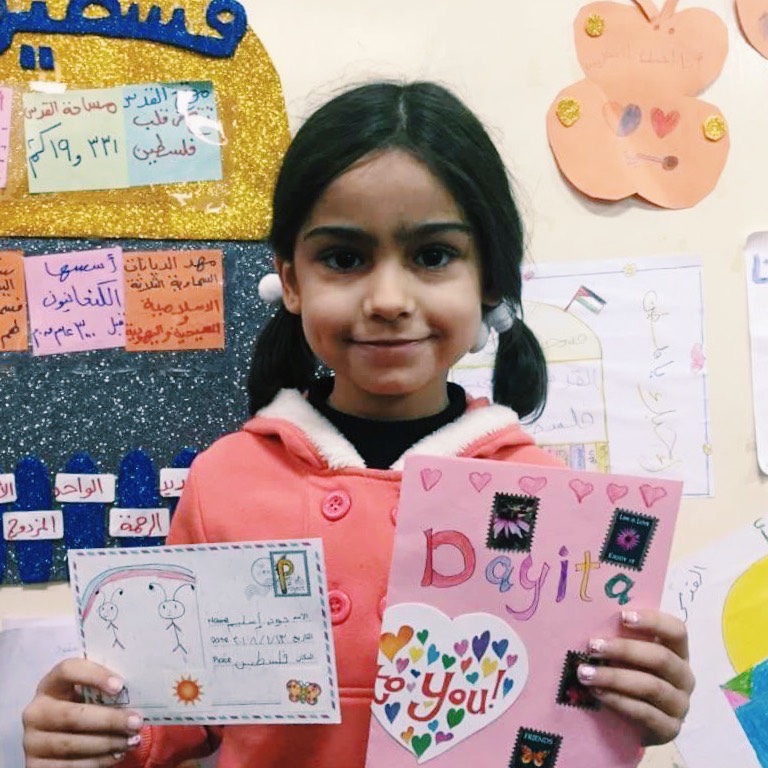 Who knew doodling on greeting cards could make such a difference? We speak to four...