What Happened to Qatari Startups After the Blockade?

A year after the trade, air, and land blockade enforced by the Arab state’s neighbours, Uncover Qatar's Nimrah Kabiruddi illustrates how entrepreneurs in the world's wealthiest peninsula are facing the boycott. 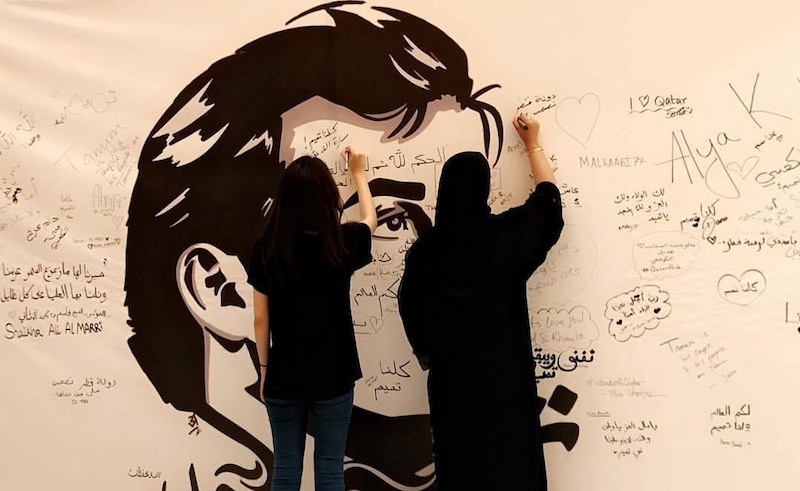 Under the scorching skies of Arabia lies a small peninsula, on good terms with its neighbours, Saudi Arabia, UAE, and Bahrain. That is, until June 2017, when all three countries, in addition to Egypt imposed an air, sea, and land blockade on the world's wealthiest peninsula while cutting off diplomatic relations with the city-state, accusing it of supporting and funding terrorism, and manipulating internal affairs of its neighbouring states. As a result, according to a report the International Monetary Fund released in March, foreign financing and resident private sector deposits have since fallen by $40 billion.

Even with the blockade, Qatar is a much wealthier city-state in comparison to Gaza, whose blockade by the Israeli occupation from the East, and Egypt from the West will mean that the strip will become "unliveable" by 2020, according to a UN Report. But how is the blockade impacting the entrepreneurial scene in this outcasted Gulf state? To find out, we spoke to players in the Qatari startup community, thriving amid, and in spite of, the blockade.

Uncover Qatar started as an idea in June 2017, approximately around the time when the blockade was imposed on Qatar. "The factors that led us to develop this idea on to a startup were the increasing flow of tourists that had been expected to rise in Qatar, especially during the time of FIFA World Cup 2022," Nimrah Kabiruddin, the startups' Graphic and App Designer explains of its inception. Uncover Qatar aims to act as a one-stop-shop for all the tourist-related needs such as detailed information, transportation, restaurants and the ability to plan their trip.

"At the current stage of this startup, we still require QAR 150,000 ($41,197) to take it on to the next stage," says Kabiruddeen. "The way we plan to obtain this amount is through Qatar Development Bank (QDB), which offers seed investment to startups such as Uncover Qatar. We await our legal registration as a company to proceed further with our investment."

Qatar’s tourism sector has negatively been affected by the boycott but a lot of people are now curious to visit Qatar precisely because of the blockade and this, for us, is a great asset

Founded in 1997, QDB is known to provide financing services for SMEs involved in industry, education, health, agricultural, and touristic projects in Qatar. It offers long and medium-term loans for industrial projects, export and import credit facilities to local industries, and assistance to industrial projects in obtaining loans from other local, regional, or international sources. The bank also provides investment opportunities, and advisory services, such as organising seminars and workshops to discuss and promote projects, preparing the memorandum of understanding, joint venture, and other legal agreements; assistance in obtaining government licenses, approvals and clearances, and other formalities; arranging for land, incentives, exemptions on tax, and duties; follow-up, liaison, and coordination between local and foreign parties; and other assistance for implementation of the project.

"Qatar’s tourism sector has negatively been affected by the boycott but a lot of people are now curious to visit Qatar precisely because of the blockade and this, for us, is a great asset," she says.

A report by Qatar’s Tourism Authority showed that the number of travellers who visited Qatar declined by 38 percent to 535,300 in the first quarter of 2018, from 864,440 in the first quarter of the previous year, Mubasher said. Qatar is a diverse city-state, with 88 percent of the country's population being foreign. Therefore, tourists flock in and out every season - but the blockade has scared them away. Figures have dropped by 44.6 percent in June 2017, once the blockade was in action, compared to the same time the previous year. But Qataris are nevertheless optimistic, especially since they'll be hosting the next World Cup in 2022.

As an expat herself, Kabiruddeen has been watching Qatar create a fertile home for its novel and rapidly growing startup ecosystem, even with the blockade in place. "As a startup with no local founders we have faced delays approaching the right channels. But as we gained more experience and a wider network, we found a lot of opportunities for expatriates such as our team, that will allow us to get training from a lot of different sources," she says.

Teams like Uncover Qatar started off by attending each and every seminar that had to do with startups in Qatar. They participated in several quick startup competitions, which not only increased their network but also helped them acquire "immense knowledge" about facilities that are available. "For developing the design for our startup, we had constant support from Virginia Commonwealth University of the Arts in Qatar, as our team involves a graphic designer pursuing her degree there," Kabiruddeen elaborates.

Qataris are nevertheless optimistic, especially since they'll be hosting the next World Cup in 2022

One source her team approached was Qatar Science and Technology Park (QSTP), a free zone accelerator and incubator for tech-product development. "It has one of the best programs in Qatar for idea stage startups, which is known as the XLR8 programme," she adds. QSTP calls XLR8 its signature intensive three-month programme designed to provide aspiring entrepreneurs with training, coaching, and mentorship to help startups determine if their idea has commercial potential as well as to take their tech-based service or product from idea stage to a validated minimum viable product.

Being part of Qatar Foundation Research and Development, QTSP has taken upon itself to play the role of the foster parent of the ecosystem in Qatar; working to accelerate commercialisation of market-ready technologies to turn Qatar’s national diversification drive into a reality.

"We are inspired to do better and better for Qatar because of the constant growing support by organisations such as Qatar Foundation, which provide a platform for these ideas to emerge," Kabiruddeen says, adding that as a startup, they got great opportunities to showcase their idea and were mentored by industry experts from around the world. "We weren’t limited to a specific group, but rather a very multicultural team of mentors."