While searching for a cure for cancer in Jordan, Penelope Shihab made a scientific breakthrough that would go on to revolutionize the beauty industry and have Hollywood come knocking on her door for a drop of her proprietary beauty elixir! 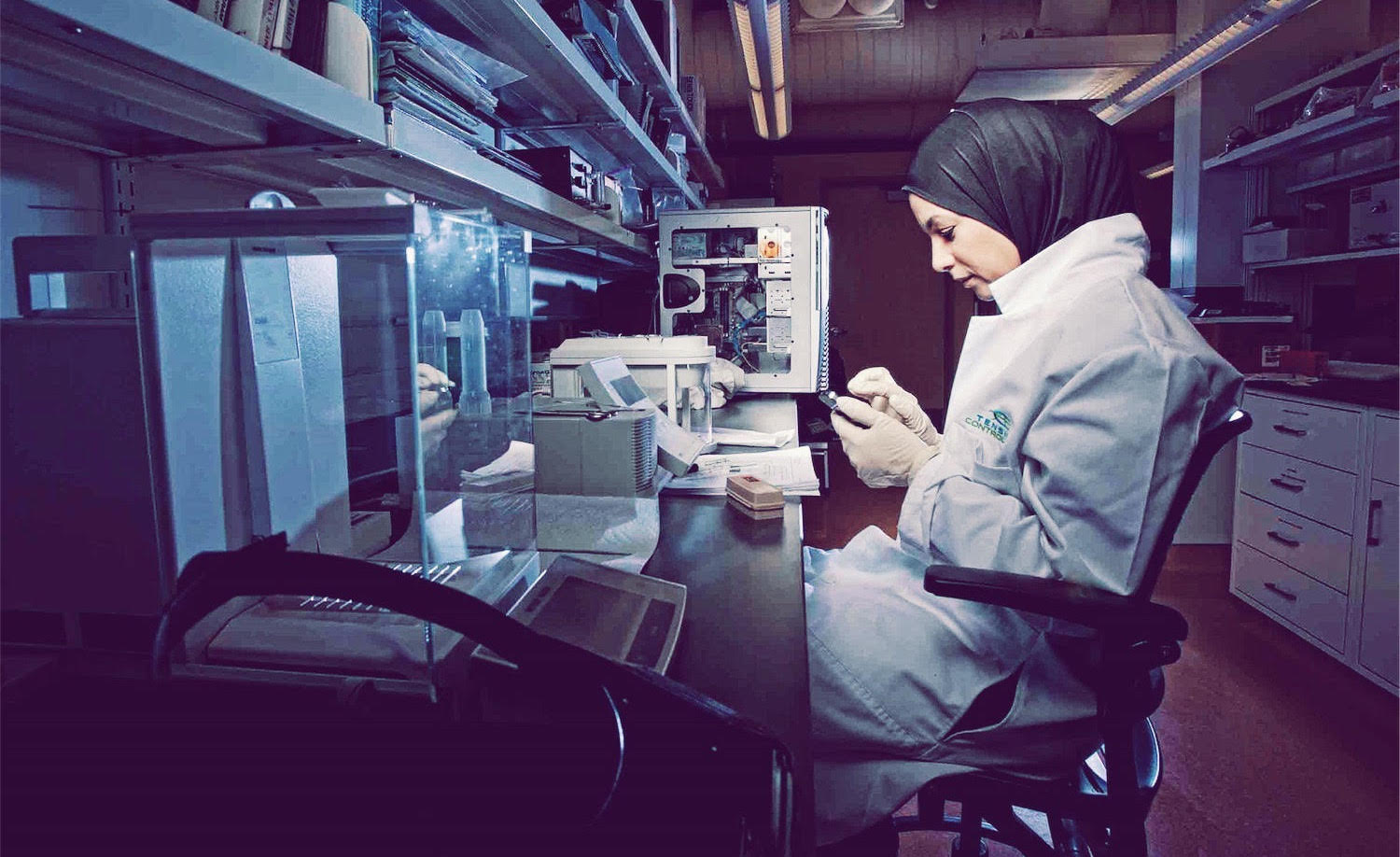 In the age of #MeToo and #TimesUp, successful women are seen through the newly adjusted spectacles thrust upon the world to attune it to the gender disparities and inequalities that mar its institutions. And so I wore my identity politics and gender-sensitized spectacles – a millennial woman’s must have fashion accessories – for my interview with Palestinian biotech maven Penelope Shihab and missed the mark 6 ways to Sunday. “Throughout my 20-year-career, I’ve never felt that people weren’t respecting the science because it was coming from a woman,” she says matter-of-factly. “I created a biotech company that went global, that’s hard for all sexes. I'm not competing as a woman; I'm competing as a human being, as a person. I don't care if I'm a woman or a man, Muslim or Buddhist. Gender and background come second to me.”

Throughout my 20-year-career, I’ve never felt that people weren’t respecting the science because it was coming from a woman. I created a biotech company that went global, that’s hard for all sexes.

Before being crowned one of Arabian Business’ Most Influential Arabs, Shihab used to wear a lab coat, leading cancer research at DAKO Industries. For 3 years, Shihab tried to develop monoclonal antibodies that can cure cancer, and failed, but it was also during her time as a researcher for the pharmaceutical giant that the Cambridge graduate first struck gold. “One day, a Bedouin man came by my office, and we were talking, and he told me that his daughter was cured because she only drank camel milk,” she recounts. “So I tell my professor – who is also the director of Cambridge University’s Institute of Biotechnology – about the encounter and how I’m curious to know more about the therapeutic properties of camel milk, so he encouraged me study it.” In 2005, Shihab quit her job and founded Monojo, a biotechnology company specialised in producing and marketing therapeutics derived from antibody production. Today, the Amman-based company holds one of the most promising and innovative beauty products, launching Skinue, a skincare line designed to treat acneic skin whose main active ingredient is (you guessed it!) camel milk, after 8 years of research and clinical trials. “I discovered that camel milk antibodies are very unique, very different, and very tiny. When you understand these characteristics, you can use camel milk for different applications, but you also need to understand the animal’s physiology and anatomy, so I have to work on its immune system – I have to engineer the camel to produce specific antibodies for specific purposes,” she explains, a process she assure is safe and entirely harmless for the animal. “Skinue is a very innovative skincare line, the first one of its kind to be patented, and it has no side effects because it’s very natural – we’re just using the lipids and the proteins to formulate the products.” Since its launch, Skinue has been carried by retailers across the Middle East, Australia, and Europe. But Shihab is not an overnight success. The Palestinian-born visionary says she had to pitch her startup to more than 100 investors, before landing funding opportunities. “For investors, it is not very attractive or appealing to invest in biotech companies. It is a very long term investment too – I took me 13 years of work to get profitable. I only just made it big last year, but up until then, it was about building up the company,” she says.

For investors, it is not very attractive or appealing to invest in biotech companies. It is a very long term investment too – I took me 13 years of work to get profitable.

But Shihab isn’t only innovative when it comes to the science behind her billion dollar formula, she also possesses the discipline and the business acumen it takes to market it in this day and age. “I attended an Oscars-related event this year, where I was invited to introduce my product to a number of celebrities – I'm a scientist, not a celebrity, but, today, I have to talk to everybody in a language they’ll understand,” she says. “You need to get out of your comfort zone as a scientist, and into entrepreneurship, or into a personality that the world can understand, accept, and promote.”

In her journey out of the recluse, socially awkward, mad scientist shell, Shihab is proving to be quite the astute businesswoman. In less than 5 years, she led Monojo’s global expansion, with a marketing and sales arm in Wisconsin to serve as the company’s entry point into the US’ major east coast markets, such as Chicago and New York. Monojo then set up a subsidiary in the United Kingdom, Royale Therapeutics, an online retailer and manufacturer of naturally sourced cosmeceutical and nutraceutical products, which is now gearing up to launch a range of gastro-intestinal products to relieve IBS and ulcer symptoms.

All of our lives, as Arabs, we’ve been labelled with the caricatural camel, to convey a sense of backwardness, if you will – you know, they live in tents, they raise camels. We are now innovating using that camel, using our own resources.

By her own admission, Shihab is “not an average person.” Camel milk and outstanding scientific rigour may have catapulted Shihab to wealth and fame, but her biggest asset, her real ticket out of the lab and into a million dollar mansion is her charisma and eloquence – something not many scientists possess. And with that comes her ability to represent – in her own way, Shihab is also a cultural icon. “All of our lives, as Arabs, we’ve been labelled with the caricatural camel, to convey a sense of backwardness, if you will – you know, they live in tents, they raise camels. We are now innovating using that camel, using our own resources,” she says. “Part of it is changing that label with one that stands for progress and scientific innovation; what was then held over our heads as our shame, is now our pride.” Despite making strides towards gender equality, women’s participation in STEM fields has been historically low, and even lower in the Middle East and North Africa, which is another area for improvement. When she is not spearheading new biotechnology trends, Shihab dedicates her precious time to encourage Arab and North African youngsters, especially girls, to pursue careers in STEM. “I try to inspire young women every chance I get. I founded the Applied Scientific Research Fund (ASRF) specifically for that purpose to inspire young women, men, and students. This is something I love and I definitely feel it is my responsibility to do so.”

Through ASRF, Shihab supports innovators and entrepreneurs from across the MENA region through the many stages of the development process, “including patent application, prototype construction and commercialization,” according to the organisation’s website. The fund also connects applicants each year to secure funding and networking opportunities. “I wanted to give back to my country and help more people develop their ideas,” she says. “There are many people who are innovators but don’t know how to go from innovation to entrepreneurship. My idea for this NGO was to help evaluate whether their innovations are patentable, help people file their patents, and help them gain a better understanding of markets and the business side of innovation.” 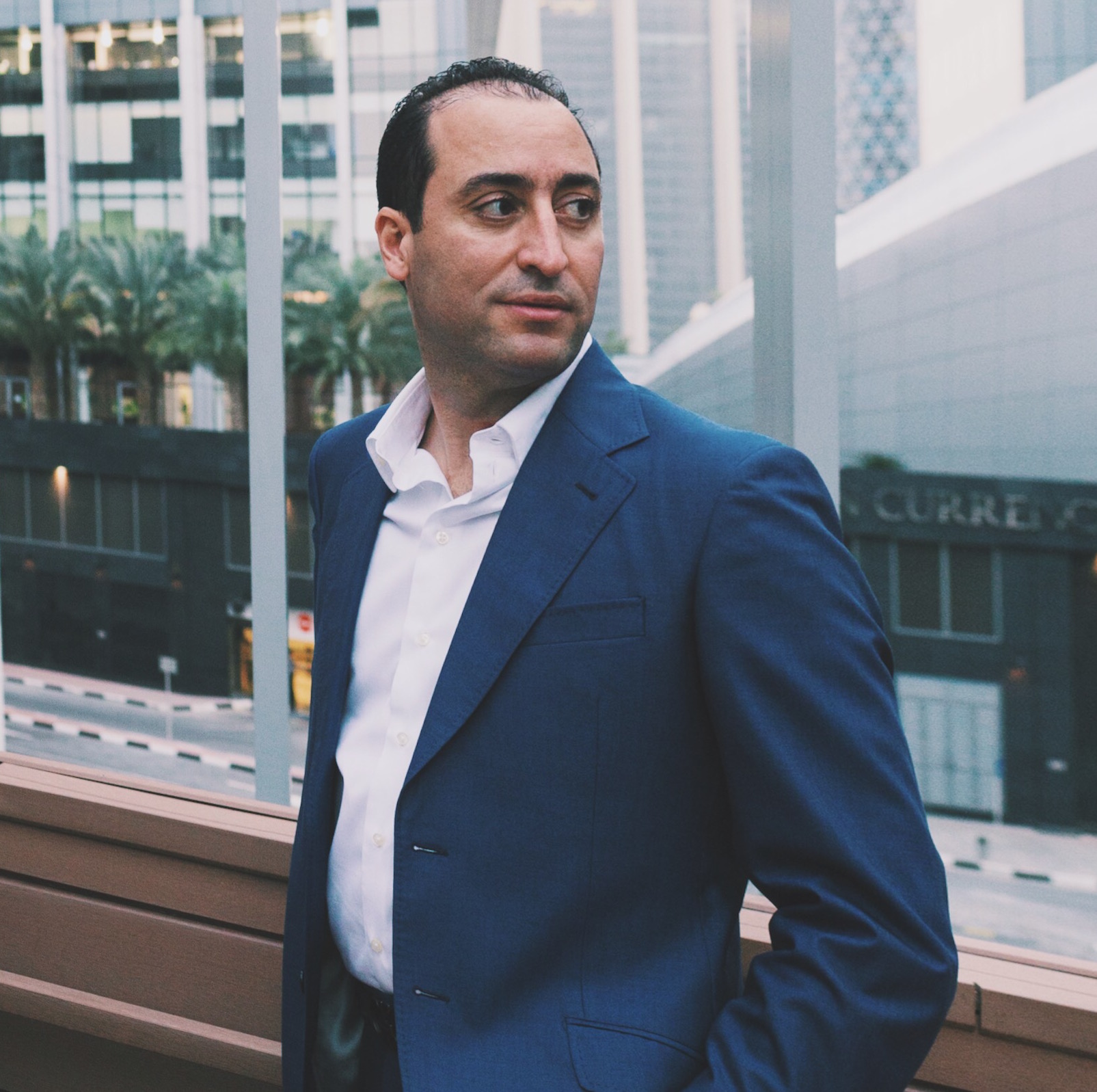