Together with her husband Morrad Irsane, Sharene Lee has built a second-hand empire that recently raised $1 million in funding. As she raises a family of 6 and sets off to change consumer habits, the entrepreneur reveals what it's like to work from the other side of the stereotype. 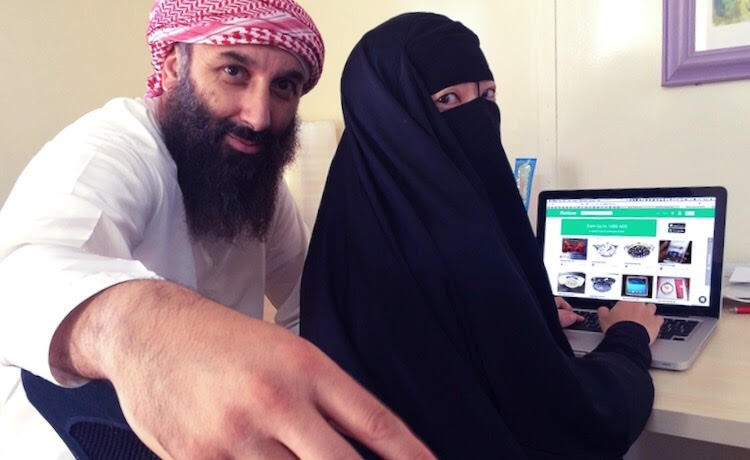 Just as the media landscape is plagued with stereotypes about Middle Eastern women, the entrepreneurial realm is rife with stereotypes of its own. “It’s not just gender bias; there’s also bias according to skin colour, race, and nationality, especially in this region, where nationality plays a big part,” says Sharene Lee, who co-founded her startup along with her French-Algerian husband, Morrad Irsane. But the biggest stereotype comes, perhaps, from a garment often used as a symbol and an icon of contrasting beliefs: the niqab.

"It’s not even about religion; it’s about a profile. Even if we didn’t look the way we do, the fact that we are older is also a bias. They are expecting startup founders to be young,” she says. Their startup, Melltoo, has rapidly grown from a second-hand marketplace to an e-commerce giant, with 350,000 registered users and over a million dollars raised in venture capital.

A self-proclaimed “lifetime entrepreneur” a mother of six, and a world citizen - she was born in Singapore, lived in the USA, Saudi Arabia and the UAE - Lee now manages a team of 22 from her office in Dubai, all of which are based in different spots across the world, from India to the UK. Diving into one of the world’s largest e-commerce markets - a report by BMI Research estimated $4.3 billion in sales in the Middle East by 2020 - the entrepreneur saw an opportunity while working as a teacher in Saudi Arabia. “I realised that my students are incredibly attached to their smartphones, so I began thinking about the pain points we could focus on related to that.” That’s when her husband’s family, a crowded Algerian household of 13 siblings, inspired her.

“They were used to passing down used clothes, and reselling them in their village in Algeria,” she narrates. “His mother had made a business out of re-selling her children’s used stuff, eventually managing to build a house with 13 rooms off the back of this small business.” The contrast with the lack of second-hand commerce in the Gulf region was stark. “In Dubai, for example, when people leave, they sell their house and their car, but not the smaller things. In Egypt, there is also a privacy issue, and a mobility issue: people don’t want to travel a long distance just to sell something that is worth 100 pounds; and women don’t want to meet strange men and be harassed after the sale. These were the reasons people were not selling,” she points out.

I feel that my niqab helps me, because I come into a room and I am obvious. People will see me and they will remember me, because I’m the only one wearing it. Then, they will always underestimate me.

Their realisation quickly became their unique selling point: a second-hand marketplace were people could keep their privacy. Users don’t need to share their personal information, talking via an in-app chat, and a pick-up and delivery service allows them not to leave their homes, with payment through credit card or cash on delivery. “We act as the middleman to protect both sides. We make sure the money is there, and that the buyer gets what he wants, from electronics, to fashion, to baby items,” she explains. Melltoo's co-founder Sharene Lee, at a panel at the UAE's Entrepreneurship Day.

The driving force of responsible consumerism

At the heart of the startup, since its early days, lay an interest in waste management and the blind consumerist society that consumes more than the Earth can afford to swallow. “If you think about the environmental issues we are facing today, it’s all about consumption and waste,” Lee says. “People keep buying more and more stuff they don’t use. We are using more resources than the Earth is producing. In the region, there is 80 billion dollars in stuff waiting to be thrown away. Landfills become unsustainable,” she says.

Driven to become changemakers, the entrepreneurs recently launched Impacter by Melltoo, an initiative where users can choose to donate their used items instead of selling them."This problem goes beyond governments; it’s up to people, and everybody needs to pitch in to fix it,” she asserts.

Having launched in 2014, they marked Womena’s first investment in the Middle East, in a round of $205,000, led by Turn8, Dubai Silicon Oasis Authority and angel investor David Pirrie, followed by $1 million in 2017, from Middle East Venture Partners (MEVP), Nomadic Capital, and Saudi VC firm, and Raed Ventures.“Raising funding was a rollercoaster ride. We were talking to several investors at the same time, and a lot of investors at the time didn’t have the bandwidth to fund companies. Dubai is not as vibrant an investment scene as it was when we started,” she asserts.

Their startup, Melltoo, has rapidly grown from a second-hand marketplace to an e-commerce giant, with 350,000 registered users and over a million dollars raised in venture capital.

The 37-year-old entrepreneur’s experience in funding, starting up, and keeping it up spans across years and geographies, having started her first business as a college student in LA. “It was an opportunity that an NGO had given to immigrant entrepreneurs to start their businesses, and we created a sustainable restaurant,” she recalls. “Then we went on to start a cafe, which we sold in 2003 and we moved to the UAE in 2005.” By then, Irsane and Lee had gotten married and began their entrepreneurial path together, kick-starting an import-export business for halal foods and candies in Europe - which had been halted due to the swine flu - from Asia through the UAE.

Today, thirteen years after they moved to the Gulf country, she looks back at the rollercoaster with different eyes. “Fundraising is all about networking, and longevity and consistency, and showing growth,” she explains. "You meet X Y and Z and keep in touch. You keep the conversation alive, until it’s time to raise investment, so they know who you are. You have to be out there, attend events, join competitions, do PR, and that’s how people hear about you.”

“It's not just the niqab; there’s bias in every form," says the entrepreneur, referring to her role as a woman in the tech startup realm. "But the only way to overcome those biases is to grow your business, be compelling, and know your audience. Make sure you highlight your strengths instead of having a chip on your shoulder. Everybody has an interest that they are trying to satisfy. Give them that, and they won’t care about the rest," she says.

Make sure you highlight your strengths instead of having a chip on your shoulder.

Pragmatic, firm, and determined, the entrepreneur is blunt about her choice of garments. "I don’t know what it’s like being a founder without a niqab; I wasn’t wearing niqab when I lived in the US, but here I’ve had it since I founded the startup," she admits. But in when it comes to pitching in countries where niqab is banned, such as France, she says she simply doesn’t go. “I just send someone else. I’m a business person at the end of the day, so I never say no to an opportunity, but I am smart about it. If I know that my showing up will be counterproductive, I’m going to send someone else."

“To be totally honest, There are also benefits. I feel that my niqab helps me, because I come into a room and I am obvious. People will see me and they will remember me, because I’m the only one wearing it. Then, they will always underestimate me. They think: ‘she cannot be very intelligent’ and the expectations are low. So because their expectations are low, anything I do all of a sudden becomes a big deal. Then, for people who want overcome stereotypes, I become like a lightning rod, and they use me as an example. So it has been very beneficial to me. As we say in the startup world, 'it’s a market of one:' We are all looking for that one person who will do X Y or Z, and you don’t care about the 99 people who will not help you.” 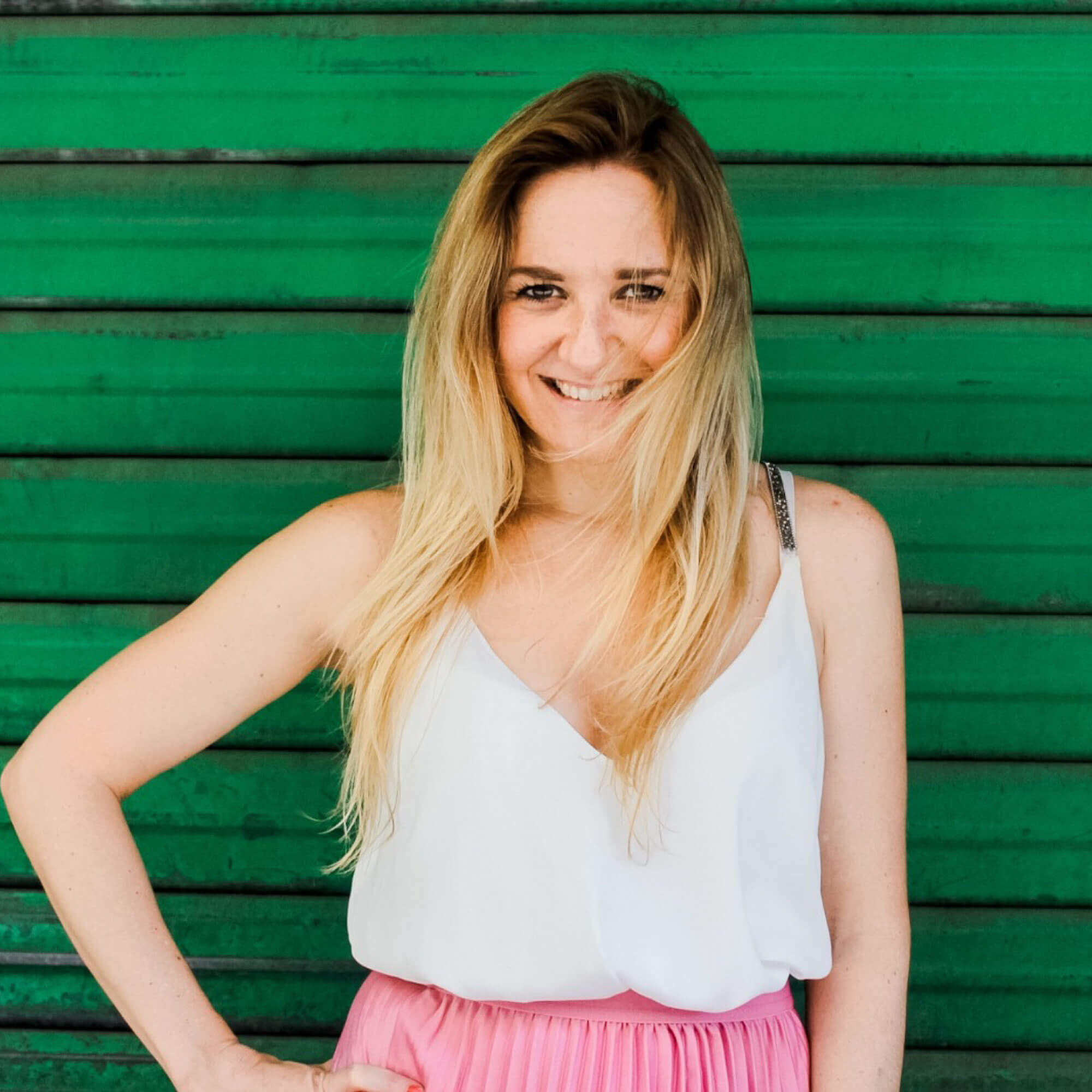 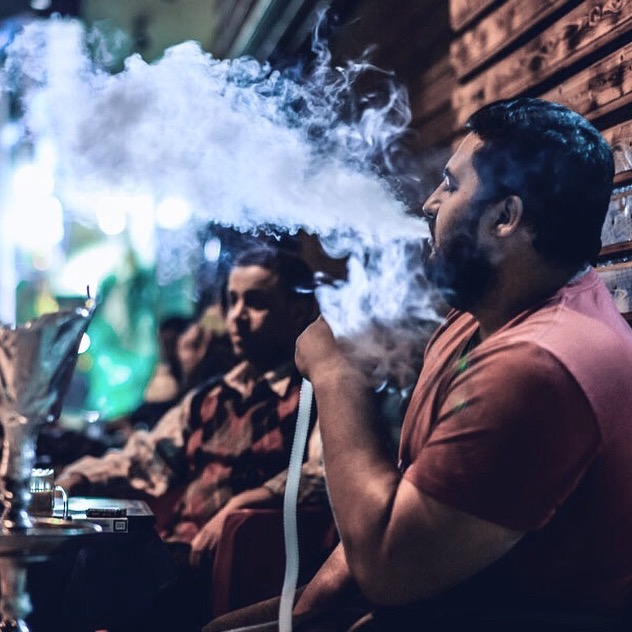 Will innovative companies be able to solve an ageing crisis such as unemployment?...