Speetar started as a platform for doctors in diaspora to support their people back home, and is now leading the country’s Coronavirus response. We speak to Co-Founder and CEO, Mohamed Aburawi to find out how. 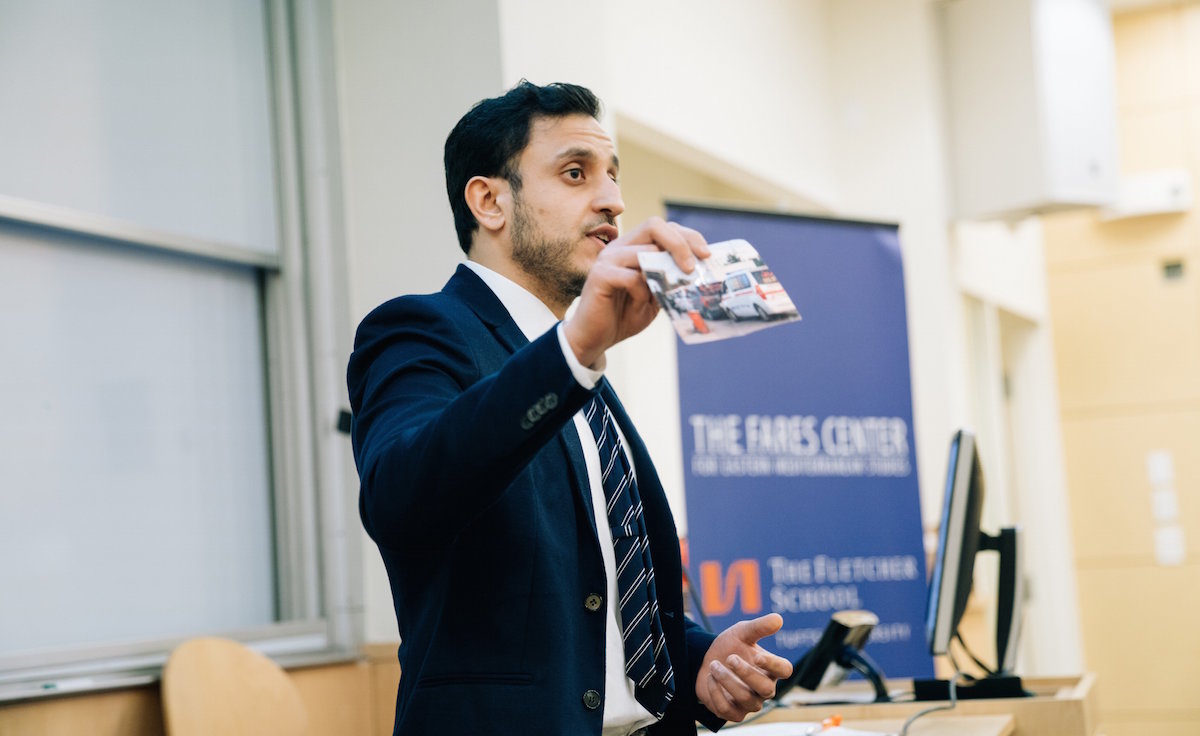 The role of health startups has never before been as clear as it is today. In Egypt, startup success story Vezeeta is offering free phone consultations to assuage fears as numbers continue to grow. In Gaza, TebFact is helping curb an outbreak in the world’s largest open-air prison. And in Libya, a telealth platform is leading the entire country’s COVID-19 response.

Speetar started as a platform where doctors in diaspora can treat patients back home. It has been funded by the MIT Sandbox Innovation Fund as well as Harvard University’s Social Innovation and Change Initiative. Most recently, it has been signed on by the Libyan Ministry of Health to become the main government intermediary dealing with the Coronavirus.

Even before the near-decade of intermittent conflict that continues today, Libya’s healthcare system suffered from a shortage of doctors, according to the WHO. In the 9 years since the Libyan Revolution, 80% of foreign health workers who previously made up the core of the system have left the country, and worsening situations have made it impossible to replace them, leaving today’s physicians overworked and underserved.

We caught up with doctor-turned-tech-CEO Mohamed Aburawi, currently at Massachusetts General Hospital, to understand how a startup can come to lead a national response, and what entrepreneurs can do to support already pressured systems.

Let’s start with the first iteration of Speetar. How did it start?

I’m a physician by training. I went to med school in Libya, did my internship in Egypt, and then came here to Harvard to start my fellowship. And I realised I was part of this vicious cycle of physicians who have been trained in their home countries, then go abroad to continue training, and ultimately stay there.

But I knew there was such a huge need in Libya. I always share this photo with my colleagues, of a line of ambulances, bumper to bumper, at a gate. And people think the photo is from a hospital. This is actually the Libyan-Tunisian border, and these are Libyan patients who couldn’t find care in their country. Unfortunately, this is the scene in Libya 24/7. And that was before the revolution and before the war, before the situation became even worse.

So we developed the platform to connect physicians who have fled their country, to people back home who needed their expertise. But it’s also not just physicians abroad, but also connecting doctors inside Libya - who are concentrated in urban centres like Tripoli and Benghazi - with patients in rural areas, the south of Libya, or mountain areas.

But it’s also a holistic digital health platform. We have medical health records, e-prescriptions sent directly from physicians to participating pharmacies who can deliver to patients, and a scheduling service for patients who still need in-person care.

What happened when the first Coronavirus cases began appearing in Libya?

We were called upon by the Libyan Ministry of Health during the crisis, specifically the National Centre for Disease Control (NCDC). Because we had already been working in digital health, they saw us as a lifeboat. They asked us to help them make sense of what’s going on, help screen the patients, help triage the cases.

We went into this two-minute development sprint and launched a new application, which is called Speetar COVID-19. It’s going live hopefully within the week, we’re only waiting on final verification from Apple and Google.

How does the app work?

The application is simple, people download and fill out a simple questionnaire which is continuously updated according to international and national guidelines. From there, the application puts them in three levels.

First of all, it’s unlikely that you have COVID-19, so it directs you to just rest at home and continue your social distancing, and here’s some educational material to help you stay healthy.

But the third category are those who are likely to have COVID-19, and have pre-existing conditions. So pregnant women, the immuno-compromised, people who are on cancer therapy, older patients. So those, we link with the NCDC, through their call centre.

You can find out the nearest test centre, and then when you go, the test centre will be waiting for you because they already have your information through the app.

You do the test, you go back home, receive your results also through the app, and then they will tell you if you need to continue your quarantine at home, or if you should actually go to the hospital, because your condition is unstable and you should be quarantined there.

What I’m hearing is that you’re the funnel point for all these different actors?

Yes, you have a phone line that was previously taking everyone who had inquiries, and now it’s very curated, because we’re only sending them the people with a high level of risk, so they can focus on them.

And then we also help the NCDC, using a different platform, to make sense of all the data coming in. So what our platform does is coordinate everything, collect the data, and present this data in a safe, secure way to the government and local officials, for them to make informed decisions.

What is the situation without Speetar’s services?

What’s happening now is you have a system which is fragmented. People aren’t talking to each other, people are distrusting the government, because the only thing they have is a phone line that they call and are kept for hours on hold.

Say, for example, in a high-density area, I have a lot of people reporting symptoms. If I have that information, even if everyone reporting symptoms is low-risk, in anticipation of an outbreak, I can have a few test centres there.

How limited are the healthcare system’s resources? A lot of people are worried about ventilators and ICU beds, what’s the situation in that sense, and how is Speetar helping?

When you talk about COVID-19 and the healthcare response, you’re thinking about three things: hospital beds and their capacity, equipment and devices, and healthcare personnel.

In terms of hospital beds, Libya has a very high number of hospital beds per capita, compared with the region. Because the strategy of the Ghaddafi regime in the past was that the easiest thing is to build hospitals, build clinics; it’s easy to build the building. But it’s not a hotel, it’s about what goes into the hospital.

Libya is being crushed. Between an ongoing 10-year civil war, and now you add a global pandemic. The system has already been so overstretched. We’ve been using our ventilators for victims of war, and now we have this. I don’t know how the situation is going to evolve, and it’s very worrisome.

But then, you have the healthcare personnel. And this is where Speetar comes in, that’s where we can help the healthcare system, partly by redistributing staff.

Let’s say, we have a quarantine facility in the south or on the borders. But you don’t have enough physicians. We can provide infrastructure to have physicians teleconference there, and be present in the ICUs to support limited local staff.

Libya has a very low case number as it stands, 24 at this time, with the general consensus being that it’s very underreported. Why aren’t more people getting tested, and how can Speetar help?

I have my whole family back home, and that is what motivates me to work on this. Because I’m trying to develop a system that my father and mother will use, for them to feel safe.

The numbers are low, and that’s definitely underreporting. And that’s because many people are too scared to go to test centres, because they don’t want to get infected.

Many don’t know where the test centres are. Many are afraid of the stigma, thinking that if they go to test centres there’ll be a question mark on them, and you have all these negative social connotations, which is also something Speetar deals with: you’re getting care in full privacy.

If Speetar is the main way the government is interacting with citizens, how many people can be potentially reached? Is the smartphone penetration rate high enough to not leave mass sectors of society out?

That’s a very important question, and we have been thinking about it. So we already had the more sophisticated telemedicine application, with video conferencing and health records and all. But with COVID-19, we developed a new application that we made sure was very simple, very light on data and storage.

And as part of our agreement with the government and telecom companies, the internet is free when you use our app. They granted us a package, that everybody using Speetar COVID-19 will not incur data charges.

But you mention an important thing about how many people have smartphones. So now we’re working on an SMS-based application. So we have the same questionnaires, and the same interaction, but on SMS, to make sure that everybody’s reached. It’s also all in simple local Arabic slang, to increase accessibility.

Are there any other barriers to access, particularly with the ongoing conflict?

One very important thing is that we’re operating across the whole country. In Libya, as you know, it’s a very unfortunate conflict situation. You have the east and west and all that. For us, we are non-partisan.

We’re working with local officials and different conflicting parties, ensuring them that this is a solution we offer for free, we’re giving it to you, the data is secure and safe. Just make sure that the people that you’re governing use it.

So we can actually have a broader reach to all of Libya, and we don’t miss any populations. The virus isn’t differentiating between different countries or borders or factions. So we want our solution to also address citizens in every population.

Hopefully, with help from the media campaign, we’re projecting to reach about 2.3 million people within the next two months.

You can check out Speetar here, and stay tuned for their COVID-19 app. 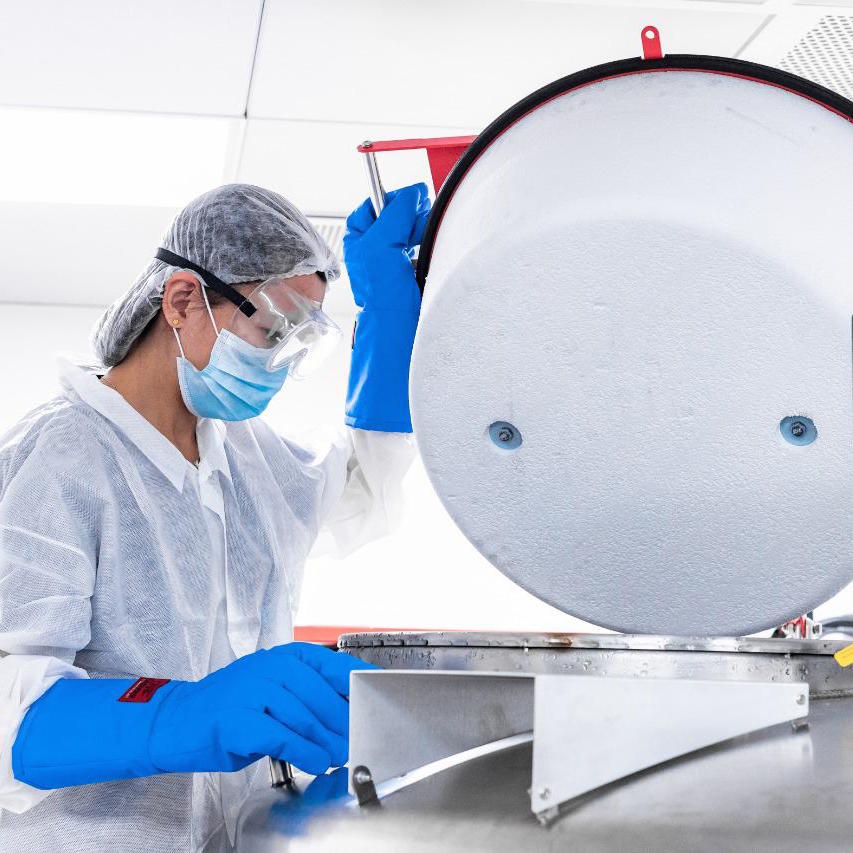 The innovative treatment comes in the form of a spray, and though not a cure, will... 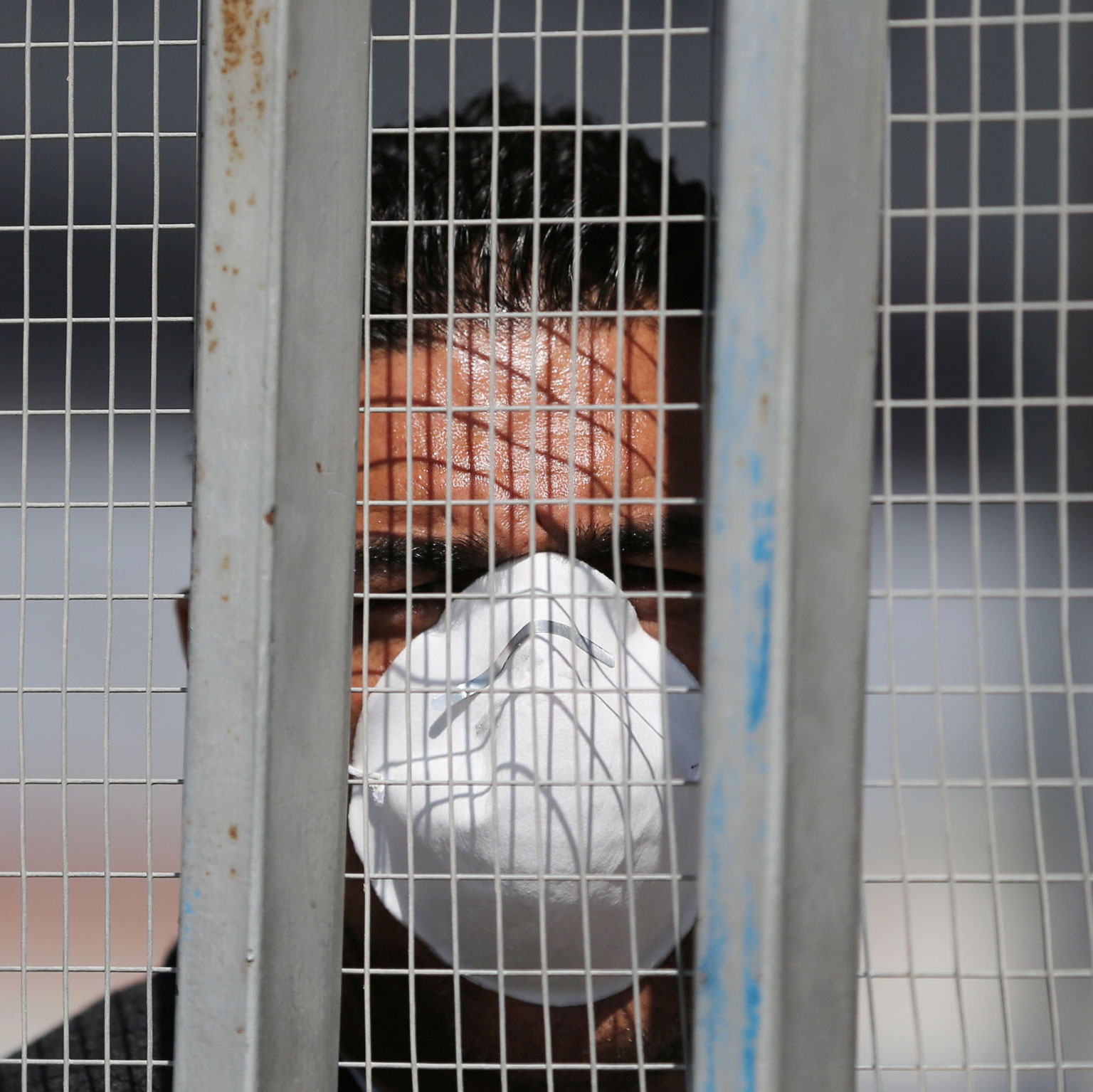 TebFact started as an online platform to fight misinformation, and is now helping... 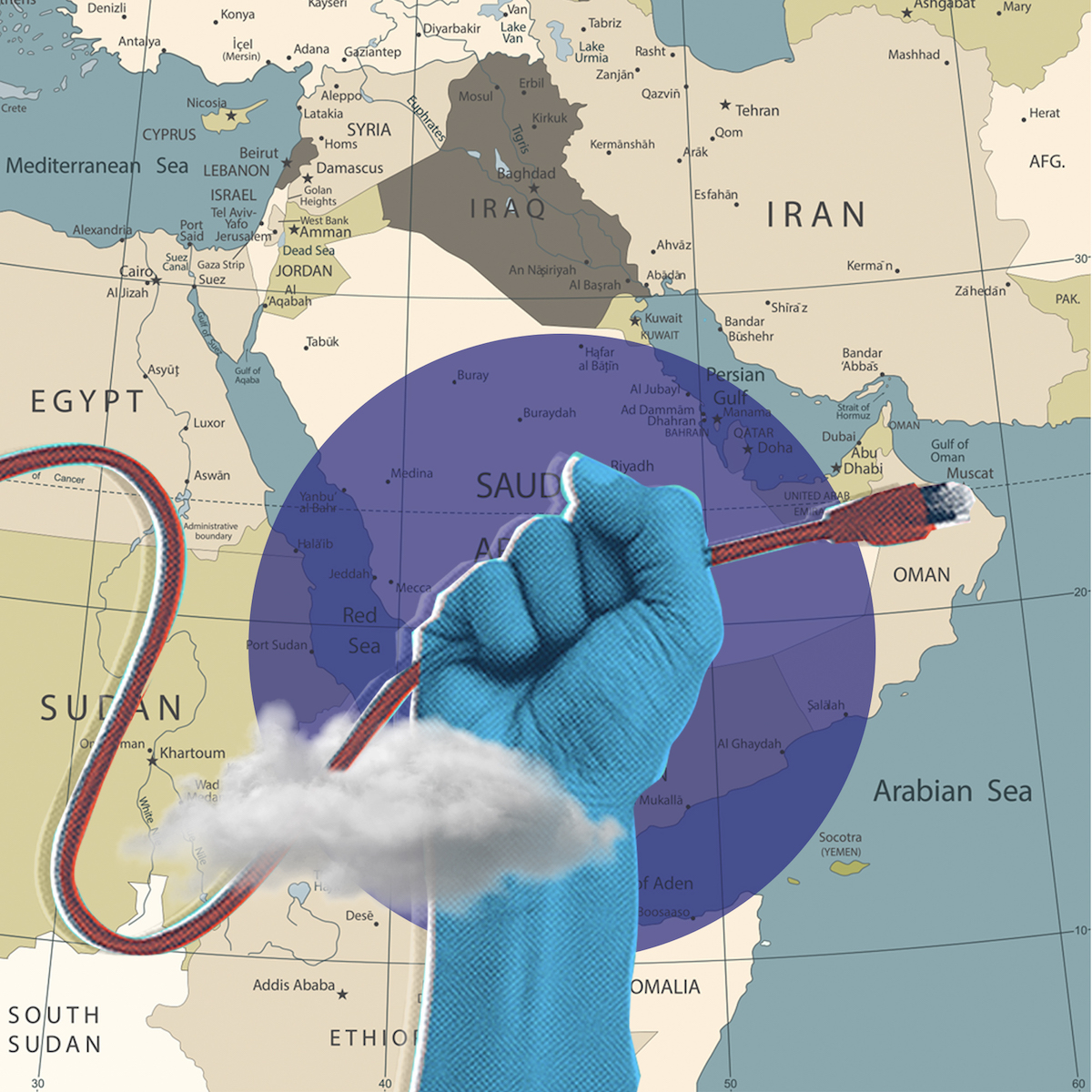 We sit down with Noha Abdel-Baqy, co-founder of Digital Grassroots - an initiative...

The West is Fighting for Net Neutrality, Will the Middle East Follow Suit?