We speak to Zina Bdeir Dajani, the Lebanese mastermind behind the co-working space setting off to spark tech nodes across the Middle East. 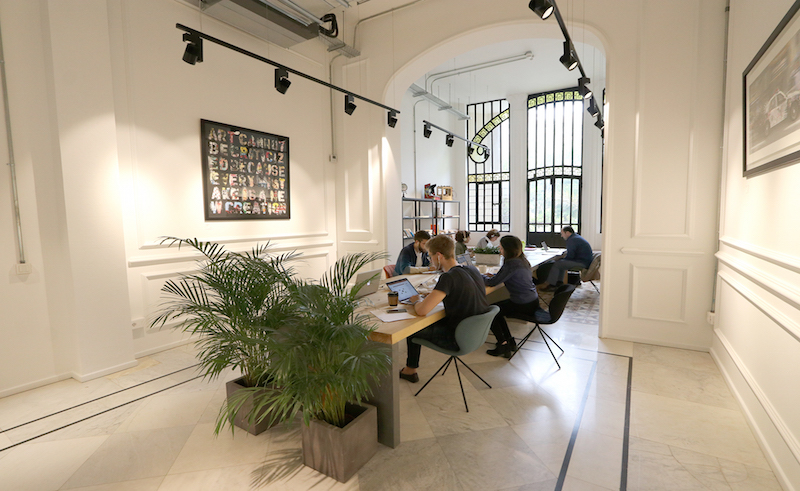 "As corporate rebels, we used to stand alone. Then, we stood out. And now, we stand together," reads Antwork's manifesto. A co-working space with a manifesto? You read that right. A daredevil entrepreneurial hub at the heart of the Lebanese capital, Antwork did not set off to just offer space for freelancers; it boldy embarked on a mission to redefine work - not in an isolated way, but by nurturing the generation of free-thinkers who refuse to fit into categories.

Founded in February 2016 by Zina Bdeir Dajani, the co-working space, much like Google's and Microsoft's campuses, aims to be the leading launchpad for growth in emerging entrepreneurial ecosystems, offering the open spaces startups cannot afford on their own.

Backed by private investors, the concept has developed and took shape in its pilot location in February 2017. "Since then, we’ve been able to grow our community to over 2,000 members, including around 250 members accessing our campus on a daily basis. In fact, we are now going through a new round of funding, to launch our expansion plans globally," Dajani says.

Set in the heart of Beirut, the co-working space is a large versatile space composed of two buildings and a large courtyard, in a 5,000 sqm campus located in Spears, Kantari. Aside from a series of offices, labs and event spaces, the hub counts with a rooftop working area, a garden space, a bike-sharing station, and regular activities such as open-level yoga, storytelling, inspirational breakfasts and coaching programmes like “Master your life”. Even more importantly -  and perks aside - the space offers online platforms and apps integrating tools, community, services, programs, and knowledge, fully enabled by technology and services.

There's always been an underlying demand from the independent workforce who have been working in coffee shops for years.

"Lebanon has witnessed a tremendous increase of entrepreneurs and freelancers," says Dajani. "Banque Du Liban’s Circular 331 initiative stimulated the Lebanese knowledge economy and motivated local talent towards entrepreneurial initiatives. This has resulted in the birth of around 300 startups, all of which require versatile workspaces, a support system that relieves them from the burden of business operations and a community of like-minded professionals." This sudden outburst of startups, coupled with the global workspace shift and the rise of the subscription economy all resulted in a vision that the entrepreneur defines as "the open source movement in the workplace."

"There's always been an underlying demand from the independent workforce who have been working in coffee shops for years because of a lack of option," she says; and while office space rentals are traditionally expensive and rigid, and not catered for the dynamics of startups, the entrepreneurs' intrinsic need for flexibility and its linkage to the Millennial consumer behaviour could only mean one thing: Lebanon needed its own startup campus. According to Dajani, Circular 331 was a revolutionary decision by the central bank, as it injected $400 million into the enterprise market, with a 75 percent guarantee of the bank's investment in startups. "This has created a momentum and a reason for people to invest," she says. "Lebanon is a great platform to pilot an idea, test it, and then transition to an international market for growth. While the ecosystem is growing, it remains poorly equipped to serve the new work culture and young companies. Startups lack access to business services, structural support, tools, specialised workspaces, as well as the framework for fast, flexible and elastic access. This is the gap that Antwork aims to fill," she says.

Circular 331 was a revolutionary decision by the central bank, as it injected $400 million into the enterprise market, with a 75% guarantee of the bank's investment in startups.

Collaboration is not only key to the rising startup, but intrinsic to its ethos and essence. "We’ve been working very actively to establish relationships with key players and influencers in the global ecosystem to create a network of content creators, program designers, and an active community of contributors nurturing the sharing mindset. Powering local programs and events creates yet another means of connecting entrepreneurial cultures across borders, with knowledge and valuable learning experiences," she says. In fact, the space hosted the global Seedstars competition last year, as it rolled on its tour across MENA cities to find the top startups to compete in Switzerland at the finals.

Though co-working spaces are usually regarded as spaces without much opportunity for scalability, the Lebanese hub is crafting expansion plans that could bring the entire concept to a new level. After completing its flagship campus in Beirut and the first phase of technical build-up, the company's next phase consists of powering up spaces that can be converted to co-working spaces. "Our expansion will begin from emerging ecosystem 'Nodes,' which are ripe central entrepreneurial markets with active government initiatives and support, with the intention of driving growth to new sectors and impacting the economy," she says, explaining that 'Nodes' are gateways to Ready Markets, identified as secondary viable cities in its same country, emerging ecosystems in the same continent, countries speaking the same language, or countries of interdependent economies. So watch out Middle East, Antwork could be setting up in a country near you anytime.

*This article was originally published on our sister site Startupsceneme.com. 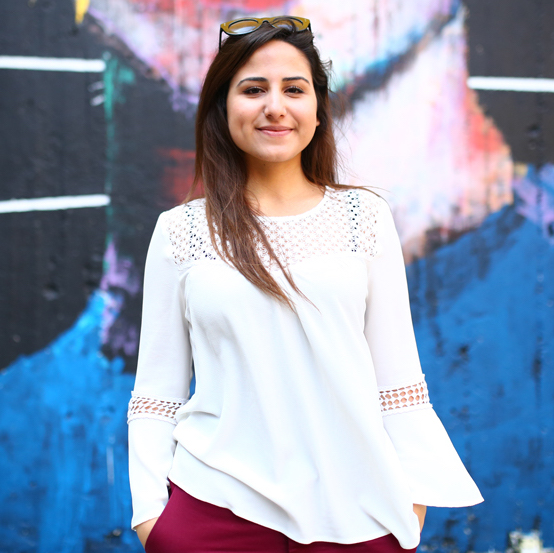