How did this Lebanese entrepreneur rise to dominate the virtual reality sphere in the Middle East? Charlotte Swan talks to Karim Saad, the mastermind that turned the Dubai International Film Festival into a VR experience. 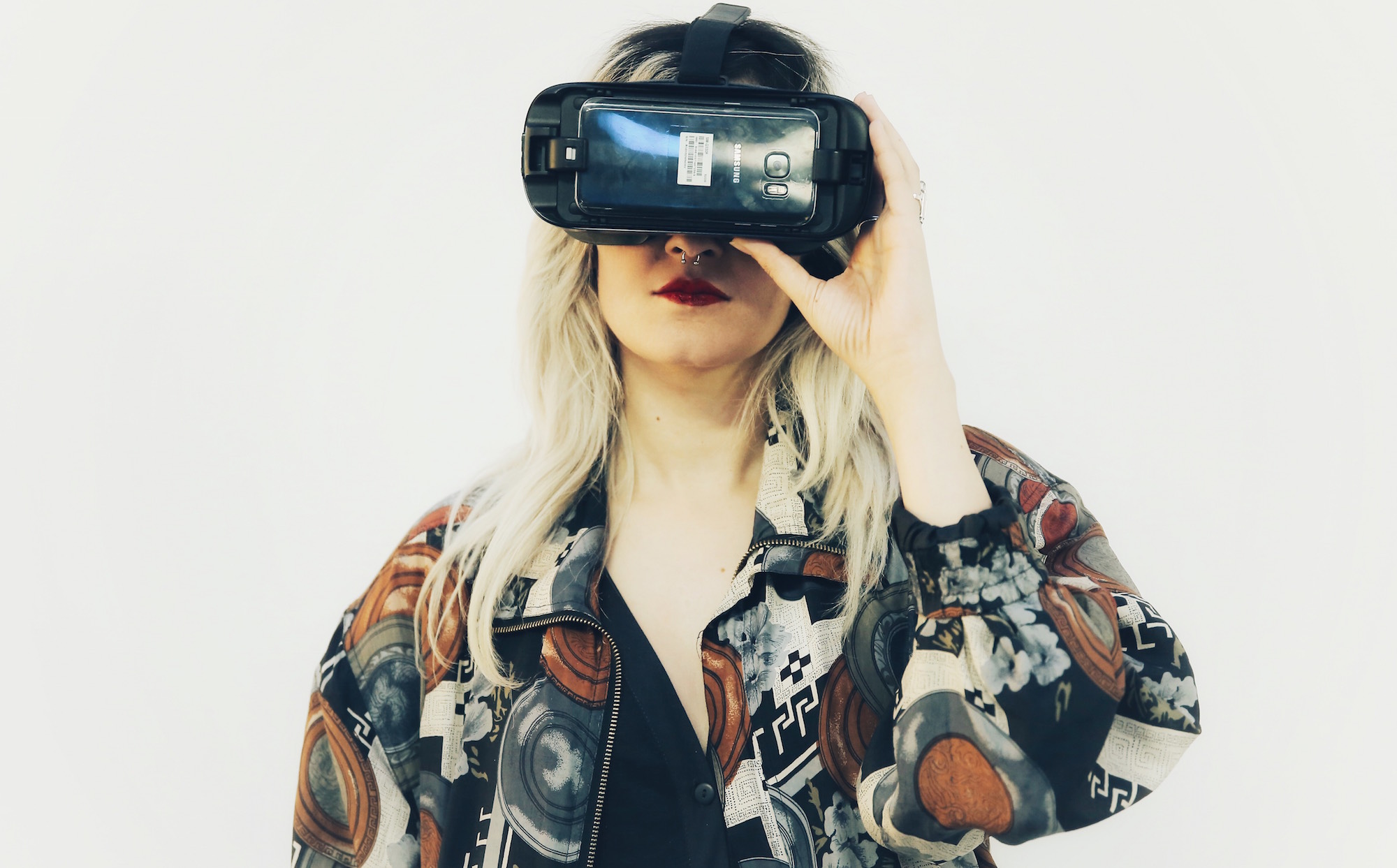 If a picture is worth a thousand words, how many words would you need to describe the experience of virtually stepping foot halfway across the world? Karim Saad, the Middle East’s first virtual reality filmmaker, has captured a wealth of stories through the lenses of his cameras. Watching his footage come to life onscreen is a surreal experience - virtual reality is deeper than just transporting an image from camera aperture to eyes - it's immersion. The first of its kind in the region, his company Giga Works is a futuristic virtual reality startup that specialises in marketing, travel, and documentaries.

Saad’s foray into the frontier of virtual reality filmmaking began as a hobby. A former student of photography and film, he worked in the print industry prior to the genesis of his filmmaking business in 2013. Over the years, the ardent cinematography enthusiast had amassed a sizable collection of state-of-the-art video equipment. Saad’s first experiments with 360° filming attracted attention, and soon after was offered his first freelance gig. The positive feedback inspired him - he saw potential in the endeavor, and immediately registered Giga Works as a company. And that’s how the Middle East’s first VR filmmaking studio was born. The Lebanese entrepreneur, now based in Dubai, didn’t have any investors when he launched his business. Self-funded from the beginning, Giga Works was stocked with all Saad’s personal film equipment, items he had purchased before he had even considered commercializing his hobby. Even as a fledgling business, Giga Works was well-funded and well-equipped. “I already had all my hardware, more than I even needed at the time,” Saad explains, adding that “when something is a hobby, it’s where you spend most of your money, because it brings you joy. I already had the latest, the top, the biggest. All that I needed.” The film enthusiast considers his business to be a “freelancing project that took the shape of a startup.” Giga Works was a one-man show at the outset, until the demand for his business grew beyond what he could take on solo.

Marketing isn’t typically the first thing you think of when you hear the words virtual reality, but it comprises most of Saad’s business. Soon after he started Giga Works, the Oculus Rift VR headset was released as a development kit, and he used it in his first VR marketing campaign, for dairy company Rainbow Milk. “It was featured in the media as being the first time the Oculus was used in the Middle East,” he mentions. The campaign was fresh, quirky, and well-received. In a mall in Saudi Arabia, shoppers put on the Oculus and were transported to a faraway dairy farm settled on gently sloped fields of grass populated with cows. When instructed to remove the headset by the virtual farmer, most viewers were positively shocked to find – surprise! –  the farmer standing in front of them in real life. One woman was so surprised, she ran away. But most found the campaign to be charming and unexpected, Saad says. “It was a massive success.” Since then, the VR creative has produced apps and experiences for Dubai International Film Festival, Ski Dubai, Emirates Airlines, and Etihad Railways.

Don’t focus on the technology – anyone can buy it. Focus on the content.

One of the difficulties Saad has faced in running a tech company in Dubai is the seasonal nature of the work. Dubai’s large concentration of part-time and foreign residents means that a huge percentage of the city’s population leaves during the hottest of the summer months. “Three months of the year I don’t have a regular income,” Saad reveals. “Sometimes the city is only working at 20 percent capacity. When the expats leave, it kills the business.” Inconsistent work availability is not a new struggle for entrepreneurs and freelancers, but the seasonal migration of Dubai's residents presents a unique challenge for the city's workforce. Saad combats this issue by running more than one business.

It’s easy to see how the self-motivated film enthusiast quickly became the go-to name for VR services in the region. Saad is technically proficient, but there’s more to success in the film industry than talent alone. He enthusiastically revealed his secret to getting ahead. “I don’t always wait for the client to approach me and start asking about my services. Not everyone knows what VR is. So sometimes I go to them with my ideas instead. And this – this is why we have an edge on our competitors,” Saad explains. “There will definitely be other people who do what we do. But we’re always one step ahead of our competitors.”

VR has capabilities completely outside the realm of AR,” he asserts. “VR takes people new places entirely without needing to be physically present – you could believe you’re sitting on the moon.

And what other advice does Saad have for fresh entrepreneurs trying to make a dent in the scene? “We always have to be authentic, original, and creative,” says the filmmaker. “Technology these days is the simplest and easiest thing you could have. I have competitors who will talk about having all their fancy brands and tech, but this doesn’t scare me and neither should it scare young entrepreneurs. Don’t focus on the technology – anyone can buy it. Focus on the content.” Saad also emphasizes that small or new companies shouldn’t be intimated by other businesses or prospective clients. “The young generation shouldn’t be scared of society’s love for big money and big companies. You don’t need to have 200 employees to impress your client. You just need to have original ideas.”

When asked about the future of virtual reality, Saad is optimistic that there will always be room to move forward in his field. VR is often compared to a similar developing technology, augmented reality. Where virtual reality changes a user’s perception of reality by putting an entirely new environment within their vision, augmented reality builds upon the real world by using a screen or projection to superimpose virtual layers over the existing surroundings. The rapid growth of augmented reality developers (such as Microsoft’s Hololens or the secretive multibillion dollar unicorn, Magic Leap) has many questioning the future of VR due to the wide scope of AR’s applicable uses. Saad isn’t concerned. “VR has capabilities completely outside the realm of AR,” he asserts. “VR takes people new places entirely without needing to be physically present – you could believe you’re sitting on the moon. But VR is in its immature stages, and what Giga Works is doing now is not what Giga Works is going to be doing a year or two from now as the technology evolves.”

So what’s on the horizon for the futuristic filmmaker? “My plan is to start doing more storytelling,” he says. “It’s a passion of mine, and my wish is to start filming short movies and creating more artistic content. There’s massive potential for VR on TV or video on demand, even movie theaters have come after me asking for VR content for consumers. We’ll be working on a story for next year’s Dubai International Film Festival.” If virtual reality is the future of film, you can be certain that Karim Saad will be blazing the trail.