We speak with students, a little above the age of 10, who go to Geek Express every Saturday to learn – and teach – coding. 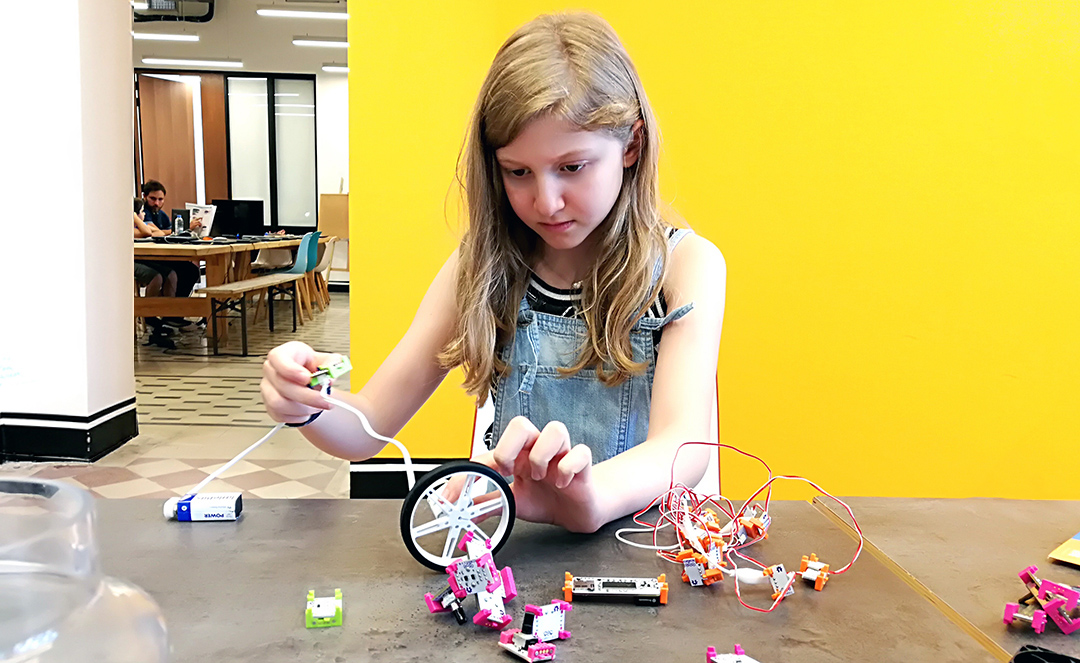 Every Saturday, their day off from school, 12-year-old Auguste Rame and 10-year-old Joud Banna drop by May Ziadeh Street in Kantari, Beirut, to code. It all started with an edutainment product called littleBits; a kit composed of electronic building blocks that are colour-coded, magnetic, and make complex technology simple and fun. Kids can use these blocks to make several products - from a sibling alarm, to a wireless robot, to a digital instrument. People started buying the kit but parents were really intimidated by the product itself. “So, we started holding workshops, to reassure parents and showing them that it’s a beautiful thing to teach students at this age these subjects,” Rayan Najdi tells us.

Najdi is the Director of Operations at Geek Express, an academy inspired by the traction Najdi and his colleagues got from the parents using littleBits to equip their children with tech-related skills. "Geek Express' mission was drawn after we found a big gap between traditional curricula taught to students and the huge market need for coding and STEM (science, technology, engineering, and maths) skills," he adds.

“We started two years ago,” he says. “littleBits is one product we use in our workshops; we started with littleBits workshops and then added more and more workshops using different edu-tech tools and platforms to teach coding, engineering, and STEM skills.”

Geek Express' mission was created after we found a big gap between traditional curricula taught to students and the huge market need for coding and STEM (science, technology, engineering, and maths) skills.

They slowly realised that there is a big need in Lebanon and the world to “democratise” everything related to electronics and coding. Since these subjects are little advanced for kids, they have to translate it into games and toys because they are the most needed in the market, and to catch up with the more developed world there is a growing need to educate children at a younger age.

Joud is 10-year-old girl who loves to paint and draw to pass time at home. "I started Geek Express two years ago," she tells us. "As I started attending classes on Saturday, I started gradually learning how to code, and programme things like little robots. Last year I went to Geek Express camp, and I learned how to code bigger robots."

"I enjoy coding at Geek Express because it’s really fun to tell a robot what you want them to do. It’s really cool to think that you’re in control,” she adds.

Originally from France, Auguste is a 12-year-old who has learned how to code since the age of six. Before settling in Beirut a year ago, he lived in U.S. Like Joud, he also doesn’t know what he wants to be when he’s older.

"Lebanon is a very nice country to live in, the food is delicious,” he says shyly. “But not only that, Lebanon is also more welcoming, it’s more modern, and I guess it’s more open to change.” He goes to school in Mansourieh, a village on Mount Lebanon 13 kilometres away from Geek Express in Beirut. He attends every Saturday, to both develop his coding skills and learn more techniques, as well as teach younger kids. He teaches from two to 20 kids per class. "The kids I teach at Geek Express are very nice and very passionate about coding,” he says. “It’s difficult, because not everybody is like that, but most of them are.”

Auguste is a 12-year-old who has learned how to code since the age of six. He goes to Geek Express every Saturday, to both develop his coding skills and learn more techniques, as well as teach younger kids. He teaches from two to 20 kids per class.

Children are always a valuable asset to invest in, and this applies just as much in the MENA region; governments started to realise that once they saw surprising amounts of youth on the streets protesting against their regimes when the Arab Spring swept the region. According to UNICEF figures, children under the age of 18 in Lebanon make up to 1.2 million, composing nearly a quarter of the population. Around 98 percent of young girls and boys enroll in primary schools, but that percentage gradually drops as these children grow older to more advanced educational levels. Almost 28 percent of older boys drop out from secondary schools, while 80 percent of older girls stay.

To catch up with the more developed world, there is a growing need to educate children at a younger age.

"We are actually working with several schools in Lebanon, as part of giving extracurricular activities similar to our model inside the academy," Najdi continues. "Over a year we give the same thing in terms of activities and workshops inside the schools."

Geek Express has educated 400 students since its establishment. They have courses running year round on a semester basis. Classes for a course are scheduled once per week, spanning 90 minutes in a period of 12 weeks, composing one semester. "You finish your course and you move to the next level course. Across the years, across the courses, our aim is developing skills that children need to cope with the technological advancement taking over the world," Najdi elaborates. "We have continuously researched and we're opening new courses in data analysis, artificial intelligence, and machine learning."

...our aim is developing skills that children need to cope with the technological advancement taking over the world.

“We are now a team of six full-timers; three of whom work on research and development which is the core to our mission; molding and complimenting the school curricula that can allow our students to cope with the technological advancements and be active and creative in the society," he breaks down. "We have three management employees who work on everything that has to do with operations, to finances, to business development. There are also around 30 teachers who work on a part-time or a course basis, depending on the package they take.” The pricing at Geek Express varies according to the package. They usually price workshops between $20 and $30. “When we launched, it was self-funded, the biggest partner in the company invested $100,000 back then to develop the company. Then we developed the business model." Geek Express monetises from the workshops, courses, and bootcamps.

The academy is working on the online content and the gamification process and how to engage the students through an online portal with challenges to be solved, leagues to be won."We are also developing a new service; where we’re producing our own educational kits for sale," he adds.

Geek Express is currently undergoing their first round of investment to develop the online workshops they're working on to expand their circle of influence as well as monetisation. "We are also looking to deliver our workshops and content online, because we want to reach more students," Najdi says. "We believe that with our workshops and curricula, we could reach a lot of students across the MENA region.”

All images courtesy of Geek Express.

One of the Last Jewish Women in Egypt: The Community's Vibrant Past & Macabre Present 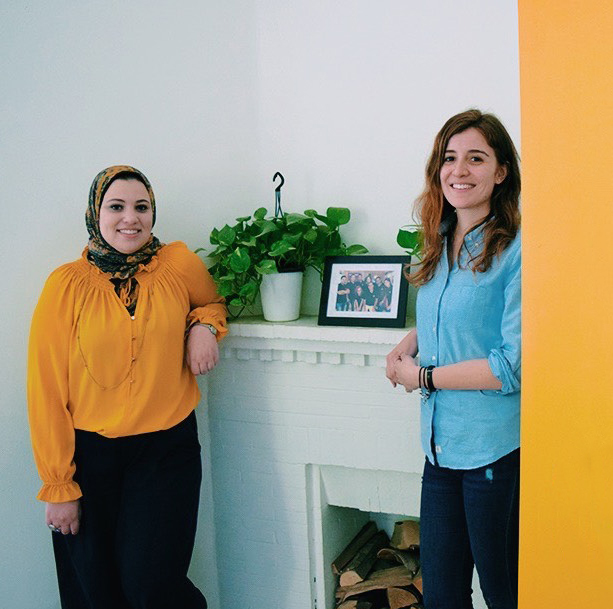 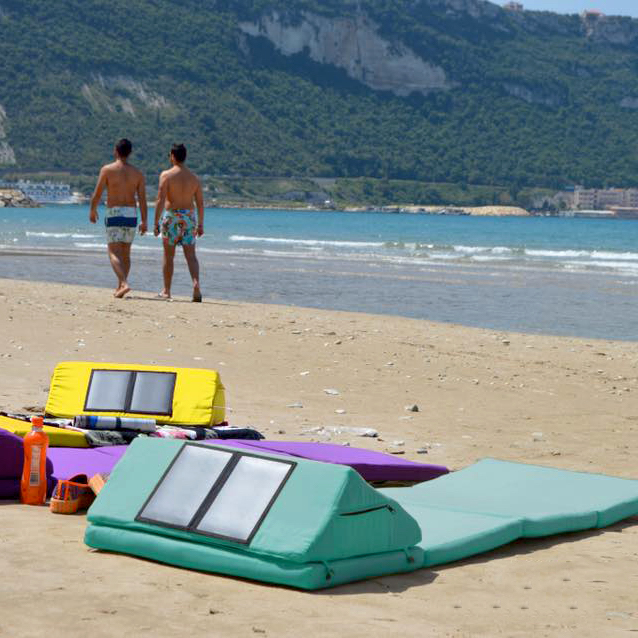 From a university project to the global market, Antoine Sayah tells us about how...