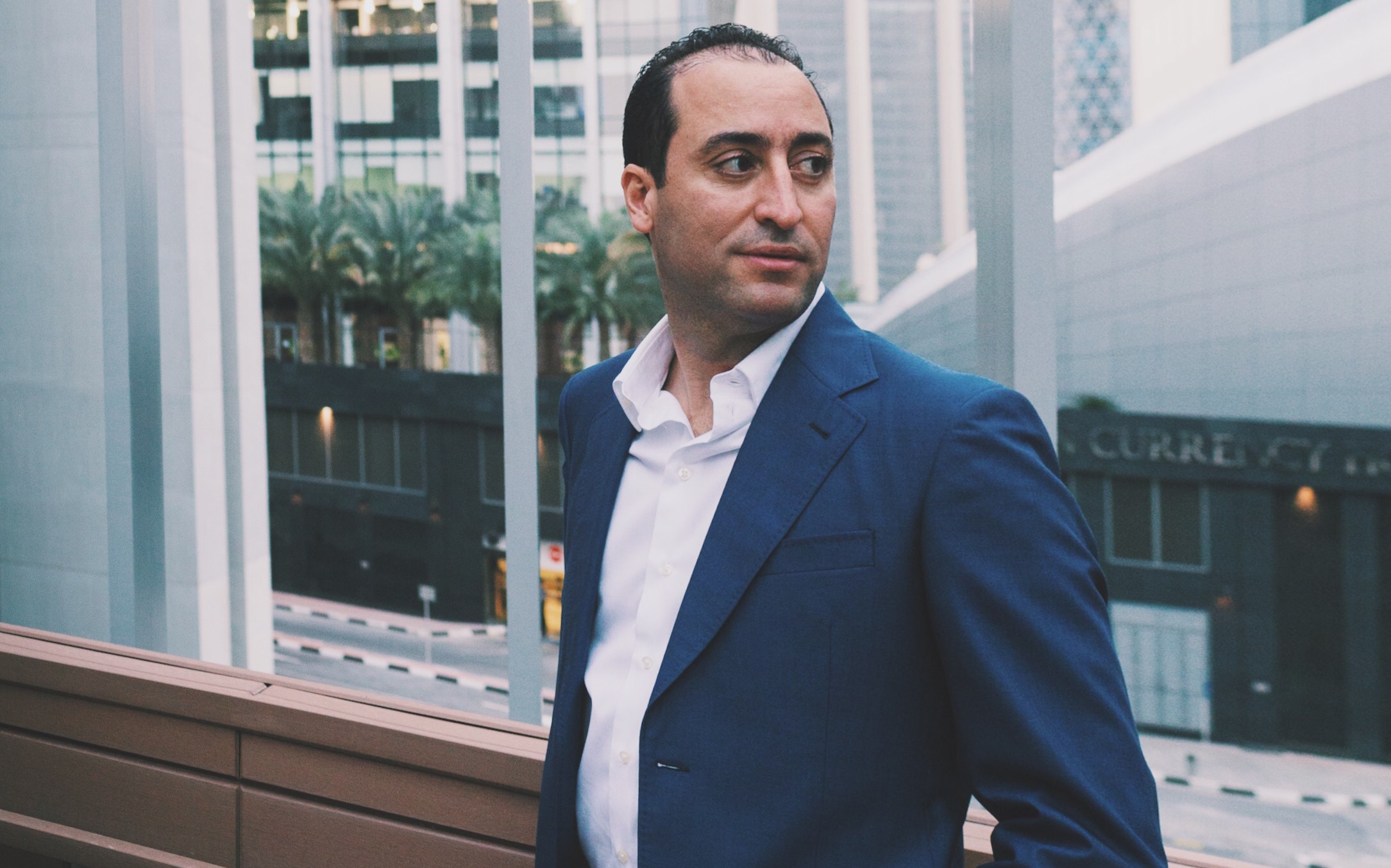 With Palestinian origins, as is the case with over 50 percent of the Jordanian population, the Toukan family had lived in Jordan's capital tens of years before the Palestinian Exodus; they bid their hometown Nablus farewell, and moved to Amman, bringing about the now-serial-entrepreneur Samih Toukan. He would eventually become the founder of the world's first Arabic email and largest Arab online community, with over 16 million users that would eventually be acquired by Yahoo! in what would be the largest technology acquisition deal in the history of the MENA region.

Toukan graduated from secondary school in Jordan and flew to Europe to earn two degrees; a bachelor’s degree in Electrical Engineering from the University of London and a masters in Management and International Business from HEC University in France. Following his graduation, his Arab identity kicked in. He became very enthusiastic about arabising the Internet, especially after he saw Arab generations quickly adopt Internet solutions in their lifestyles. So he returned to the motherland in 1994 to embark on an entrepreneurial journey. His first footstep as an entrepreneur was printed in Amman, where he co-founded Business Optimisation Consultants; an Arab-consulting firm specialising in Internet and Intranet technologies, by providing Internet services, consulting and turnkey solutions. In 2000, Toukan decided it was time to arabise the e-mail which became the mainstream method of formal and informal communication between Arabs. So, he founded the first Arabic-language e-mail service, Maktoob; which later got bought out by Yahoo! in 2009 in a mammoth tech acquisition deal.

Blockchain technology is clearly in its early days, but it was clear to me that it offers massive benefits including decentralisation, trust, and security.

Soon after, he became the Chairman and CEO of Jabbar Internet Group. Based in Dubai, Jabbar is on a mission to create groundbreaking Internet companies in the MENA region; one of the companies Jabbar has brought to light is Souq.com. And Toukan's most recent interest is Blockchain. "Like many I watched what was happening with Bitcoin and other cryptocurrencies and the hype that surrounded them," Toukan tells us. "Blockchain technology is clearly in its early days, but it was clear to me that it offers massive benefits including decentralisation, trust, and security. As we see the trend of using blockchain grow fast, we decided to adopt it and launch Kambio," he adds. Kambio Ventures is Jabbar's most recent brainchild, an incubator dedicated to Blockchain projects. In his capacity, as CEO of Jabbar and Kambio Toukan has a golden opportunity to merge the technology into the startups he influences and invests in.

With his deep-rooted connections in London, thanks to his degree and work experience, Jabbar is launching Kambio and regulating it in British capital.

"Kambio will be a security token exchange for startups and SMEs," says Toukan. This means that startups and SME’s would be able to raise money from investors on the platform, and investors would be able trade the tokens of these companies. "The tokens are connected to the equity of the company, and this is why they are called security based tokens," he explains. "In effect we are allowing companies to be traded early on, creating liquidity for startups and investors alike. Today small companies have a long way and hurdles to go public and list on exchanges."

In effect we are allowing companies to be traded early on, creating liquidity for startups and investors alike. Today small companies have a long way and hurdles to go public and list on exchanges.

With his deep-rooted connections in London, thanks to his degree and work experience, Jabbar is launching Kambio and regulating it in British capital. "Though we will start operations hopefully in London and Dubai, and we aim for Kambio to be a global platform," he says, adding that Kambio will be important for Dubai, because it will give a boost to the startup ecosystem. Liquidity is one of the issues the ecosystem faces, and Jabbar wants to intervene in this space to solve that.

"In a wider sense, Kambio will look to create a better environment for startups, and being a platform based on Blockchain, this will hopefully be a valuable addition to Dubai’s Blockchain initiatives and ecosystem," he says.

In October 2016, Sheikh Hamdan bin Mohammed bin Rashid Al Maktoum, Crown Prince of Dubai, turned his ambitions to a plan; to make Dubai the world's first blockchain city. He announced his 2020 mission to have all government documents stored using blockchain technology, and that most of its official business would be supported by blockhain-based systems.

Can you imagine the world without the Internet today? Blockchain is probably at a stage similar to the early days of the Internet.

In an effort to reach this objective, Smart Dubai Office - responsible for innovation and new technology in the city - joined hands with international startup incubator 1776 to launch a blockchain-oriented challenge open to entrepreneurs from all over the globe. “Dubai really is the first city that we’ve come across where from the top, there is an absolute commitment to understanding the role that startups can play towards achieving its innovation goals,” says Peter Cherukuri, President and Chief Innovation Officer of 1776, explaining why Dubai specifically had a powerful draw on the organisation.

"Many sectors will benefit from blockchain technologies, and government, organisations, and companies need to adopt and manage change," Toukan says. "Banking, judicial and all sectors can use Blockchain to their benefit."

"Entrepreneurs and investors are facing a continuous struggle to secure liquidity, with very long exit cycles."

"Can you imagine the world without the Internet today? Blockchain is probably at a stage similar to the early days of the Internet," Toukan argues, saying that new technologies will always present challenges, but will also open up new markets and opportunities. "I don’t see why it wouldn’t happen in Dubai and the UAE.  This country has been leading in adopting technologies and new initiatives."

The motivation behind Kambio, and venturing in this infant technology roots from the current state of the venture capital operating model, which Toukan finds complicated and appears outdated - arguably underwhelming both entrepreneurs and investors alike; "Both are facing a continuous struggle to secure liquidity, with very long exit cycles. Kambio will be an intuitive, secure, fast, efficient and a regulated ecosystem which will transform the way startups operate."

Kambio is now focusing on regulation and technology. "This is a long term project and we have just made the first step," Toukan concludes.

Main Image: Samih Toukan poses during a break at work.

All images courtesy of Samih Toukan. 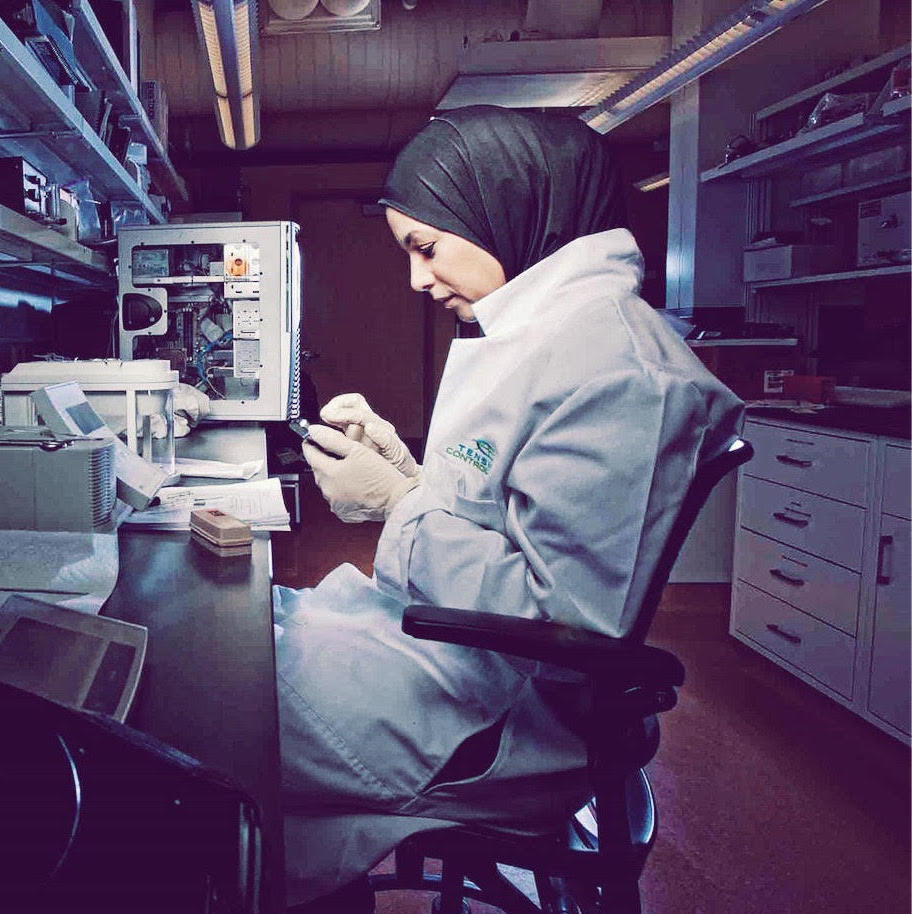 While searching for a cure for cancer in Jordan, Penelope Shihab made a scientific...