“We have more than 70,000 veterinarians in Egypt, but there is no solution that unites these vets and the pet owners,” says Ahmed El-Badawy, walking us through his pet-care startup Vetcode that aspires to fill in this gap. 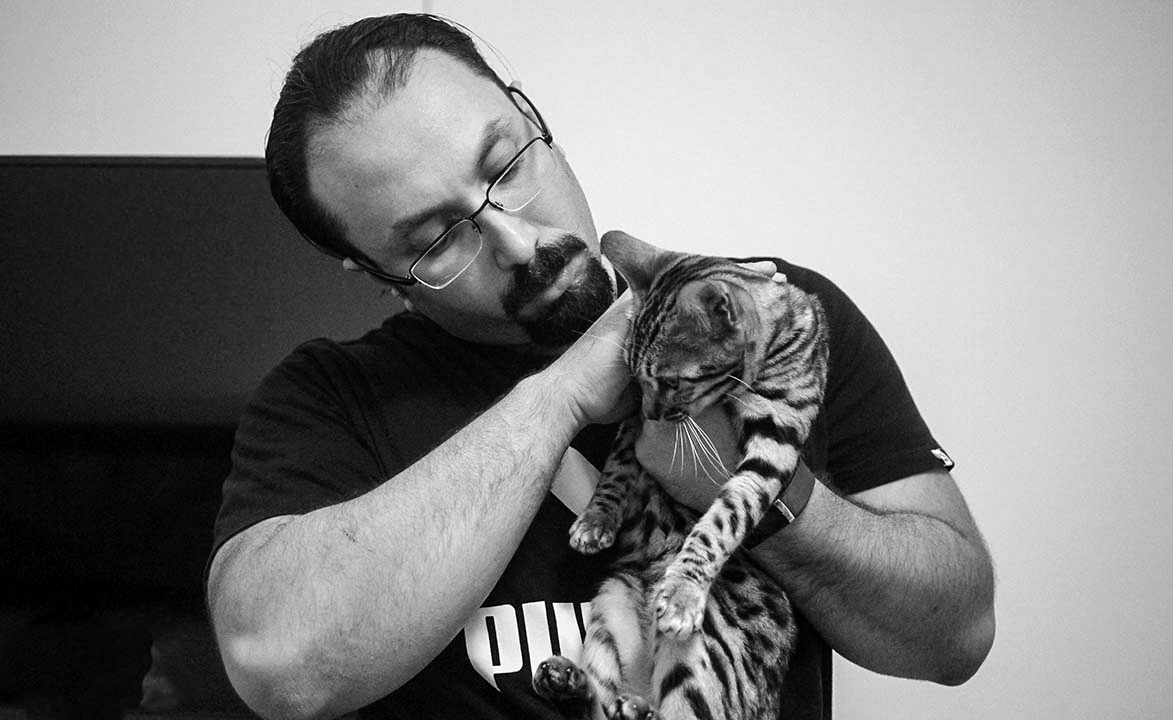 For two years, Jaguar, a Bengal cat, played around his guardian and filled both their lives with joy – until that one night when Jaguar fell ill and couldn’t receive adequate treatment. ”I couldn’t call a vet to come home and I found no clinics open at that time,” his owner, Ahmed El-Badawy tells us. “So, Jaguar died.”

Motivated by his own experience to change that of others, El-Badawy decided it was time Egyptian pet guardians had a smart interactive platform to help them reach their needs with the tap of a button. But before he became an entrepreneur and established Vetcode, El-Badawy was a bio-medical engineer specialised in medical software solutions.

I couldn’t call a vet to come home and I found no clinics open at that time. So he died.

“I worked in multi-national companies and throughout my experience I discovered that there’s great devotion to the human sector and none to the animal sector.” When he dug deeper in his research, he found that there are more than 240 common illnesses between pets and their guardians. He also found that Egypt enjoyed more than 70,000 veterinarians; which is considered a world record. “But in the meantime, there is no solution that unites these many vets with the pet guardians.” Egyptians also lack the culture urging people to take care and pay full attention to the physical as well as mental and emotional health of their pets. But these aren’t the only numbers that got El-Badawy intrigued to turn his tragic story into a startup. Egypt represents 50 percent of the regional expenditure on pets in the Middle East and Africa, according to PETS International. Last year, Egypt spent more than $450 million in the pet industry. El-Badawy reckons that number would reach $600 million in the next three years.

With $80,000 spent on Vetcode from El-Badawy’s personal investments, throughout a year and almost 10 months, the startup’s revenues in August 2018 have witnessed a 250 percent growth from July 2018. “This proves that there is a high demand in the market.”

According to numbers from the Egyptian Society for the Prevention of Cruelty to Animals (ESPCA), there are 8 million pets raised in Egyptian households; 5 million cats and 3 million dogs. On the other hand, Egyptian streets struggle to shelter almost 50 million stray dogs and more than 100 million stray cats. “This is a huge problem that will affect the environmental balance in Egypt,” reflects the bio-medical-engineer-turned-entrepreneur.

...there is no solution that unites Egypt's 70,000 vets with the pet guardians

Backed by the Ministry of Agriculture, Vetcode has collaborated with the ESPCA to help the association solve the problem of stray animals on Egyptian streets. “Thus, on our mobile app, we started to activate the idea of adoption which isn’t part of our culture here and is still being introduced; usually what happens is we buy and sell cats and dogs,” he explains, adding that familiarising this 'Adopt Don’t Shop' concept would help significantly in solving the problem of stray dogs and cats. “We take merchants out of this process via the adoption templates,” he says. “We teach people how to make these templates and follow up with their pets later on.” Launched on July 13th 2018, Vetcode is the first startup and app of its kind in Egypt. Therefore, the main challenge El-Badawy faced was that there was no business model that already existed in the market to use as a guide to follow and build on. “So, we had to start from scratch,” he says. “I didn’t have the capacity to hire in-house developers, so I relied on freelance coders for the backend, Android, and IOS.”

Before unveiling their product, between March and July, El-Badawy and his team conducted field marketing research, which has influenced some of their decision-making and directed them to solutions. “Before heading to the market, we tested a feature we were going to add to our app called 'Lost and Found' - which is a platform for people who lost their pets, or those who think they found those lost pets - but we didn’t find enough participation in the market - even when we promoted it. So we decided to delay developing this feature. However, we found great demand on the 'Adoption' feature, even though it is a little foreign to our culture.” They've reached 7 million people, more than 75,000 of whom engaged with the adoption feature on social media.

“Most of the spending goes to developing the app; which we finished but are still fixing some bugs and some updates on,” says El-Badawy. “Next comes the digital marketing, because we wanted to reach the widest range of audience in the shortest time possible. A small part of the spending goes to internal operations such as call centres, trainers, and groomers.” As we type, the CEO is meeting with GCC venture capitals to secure funds for his first seed round, and is expected to announce the figures very soon.

A Day in the Life of an Egyptian Snake Wrangler