How the MENA’s First Dragon was Created

How does the first dragon change dynamics in the Middle East’s entrepreneurial ecosystem? What does it indicate about UAE and Egypt’s fintech markets? We talk to Fadi Antaki, CEO of A15, the VC firm behind the first Dragon exit in the MENA... 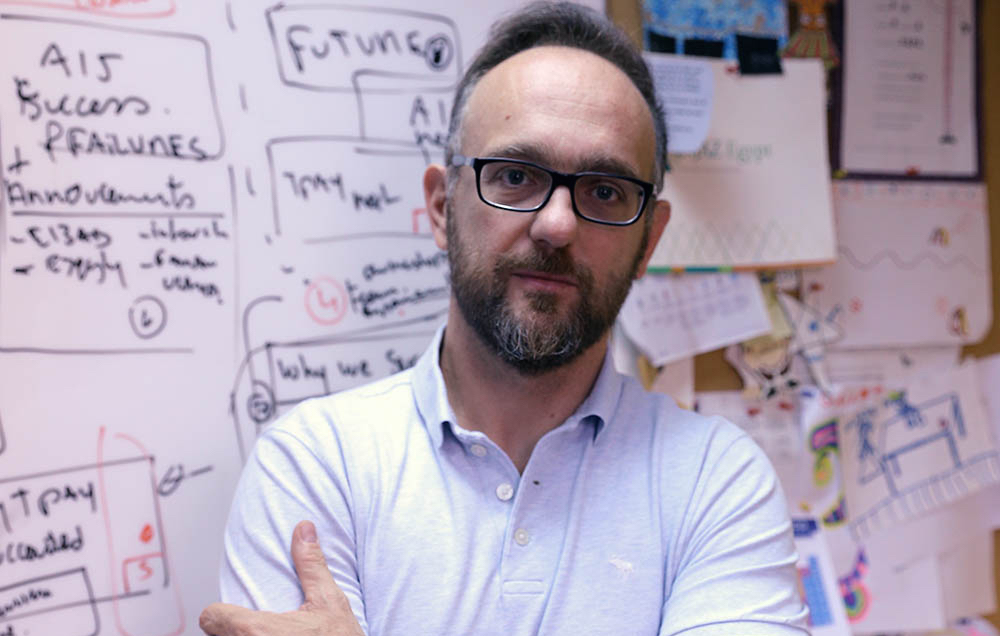 It’s been over a month, but the Cairo headquarters of the tech-focused MENA-based Venture Capital A15 seemed to still be celebrating the region’s first Dragon exit, with décor hanging above each cubicle around the office in the affluent suburb of Maadi.

On the 17th of September, A15 announced that it successfully sold a 76 percent stake in its Egyptian-yet-UAE-based fintech startup TPAY to Africa’s leading private investment firm Helios Investment Partners, making it the first Dragon in the MENA region - a dragon being a company that returns an entire fund - a 'fund maker.'

“TPAY was created from scratch, out of an idea that one of the employees came up with and told us about,” A15’s CEO Fady Antaki tells us. Sahar Salama had spent four years working at Link Developments, an A15 subsidiary and a leading technology solution provider, and pitched the idea of starting TPAY to the management.

In Egypt, we rarely see exits of this size; it’s good for the ecosystem

Established in 2014 by Salama as Co-Founder and CEO, TPAY is the fastest growing direct carrier billing (DCB) provider in the Middle East and North Africa. It was the first open mobile payment platform to be launched in the region and, today, commands the largest market share at 80 percent in the DCB space across 16 countries, with a total reach of 673 million users. The number of active digital content subscriptions set-up through TPAY’s platform grew at a compound annual growth rate of 149 percent since 2015. The company processed 622 million successful transactions since its launch.

“We gave Sahar the opportunity to start the business, incubated under one of our companies - under Arpu Plus,” explains Antaki. The VC provides a toolkit for employees who wish to launch a startup to have access to a wide range of resources that A15 enjoys in terms of offices and business relations to grow.

"My team and I are very proud of the business that we have built, and we look forward to taking it to even greater heights with our new partners, and to continue to set new benchmarks for the sector in the region," says Salama.

A15 gives these startup founders team stock option plans on an equity programme starting from 10 percent to 25 percent of startups that A15 creates. They get a stock option and they get a return on the companies of the group exit; for instance, when TPAY exited, some of the sister companies and some of the team got a return on this exit. So, this encourages each company to help the other, because they know that when an exit occurs they will be getting a piece of the cake.

“On a larger scale, such an exit is good for the ecosystem because it will possibly attract more investors to the region.”

“Once we started the exit process, we had a lot of interested buyers,” says Antaki. The idea was to be able to find the right investor for this deal, along with the right valuation and to sell at the right price with the right partner. “This was a challenge, because when you get many offers, it is sometimes difficult to choose who the right one is, especially that we chose to leave 24 percent in the company,” explains the CEO. “So, we wanted the person or the entity buying - in our case Helios - to have the right mindset and the right vision to grow and take TPAY to another stage of growth.”

This was a challenge, because when you get many offers, it is sometimes difficult to choose who the right one is, especially that we chose to leave 24 percent in the company

A15 saw thriving potential in TPAY’s growth, and they didn’t want a buyer to take advantage of this growth and kill the startup. “You know, like when a bigger company buys a small company, eventually the latter completely disappears into the big entity,” he elaborates. “Then, you lose a bit of the input you had as A15 or as employees.” So, the right investor in this case had to really care for the existing team and to encourage them more, to give them even more stock options, and to have the mentality to grow this business as it is without minimising it.

According to Dubai-based Magnitt, the MENA region has witnessed 60 startup-exits from 2012 to 2017, accumulating to over $3 billion in exit valuations.

The 'right buyer' ended up being Helios, which had more access to different markets like Africa and Asia. A bonus point was that they had experience in fintech; they are one of the main investors in Fawry. “So, we knew that this experience would help TPAY go to the next stages,” Antaki adds.

“In Egypt, we rarely see exits of this size; it’s good for the ecosystem,” Antaki says. “On a larger scale, such an exit is good for the ecosystem, because it will possibly attract more investors to the region.” The deal also changes dynamics for A15, since it adds to their portfolio when approaching next steps. “Now we have such a good success story to be able to raise new funds, for instance. Whatever we’re going to do, this Dragon will have a positive impact on our portfolio,” he says.

Timing is important, be it in exits or in expansion. In Otlob, we didn’t go out of Egypt soon enough. When we decided to go into the KSA market, it was too late; the market has already received other local players.

If we’re going to identify two factors that helped A15 secure this deal, it would be the timing and the 'excellence' of the teams behind both the VC and TPAY. If Salama hadn’t had this entrepreneurial mindset, TPAY wouldn’t have grown this fast. “Because of her non-employee and more entrepreneurial mindset she was able to really take this into a different and fast-growing direction,” Antaki elaborates.

“Timing is important, be it in exits or in expansion,” says the CEO. On the long term, staying in Egypt makes startups lag behind in scaling as opposed to expanding. “In Otlob, because we didn’t go out of Egypt soon enough, we didn’t grow as we wanted out of Egypt,” Antaki recalls. “When we decided to go into the KSA market, it was too late; the market has already received other local players.”

Since the Otlob exit in 2015, A15 has grown year after year in terms of revenue - around 30 percent each month. “Today we reached a total revenue of $159 million (EGP 2.8 billion),” says the CEO. “We’re profitable, we’re cash positive, and we’ve invested in $2.3 million in new startups in different fields; such as Shezlong, PayMob, In Touch, Farawlaya - all since we solved Otlob. There might be a new exit soon.”

Fintech in UAE vs Egypt

While TPAY is based in Dubai, all of its operations are launched in Egypt. Working from the UAE and catering to the Egyptian public accelerates the business much faster as opposed to being based in Egypt, and this Dragon exit is living proof.

The UAE’s ecosystem, in terms of the number of startups, is quite advanced in comparison to Egypt. “We are talking about 1,900 startups within a population of 9 million. Egyptians total up to 100 million and have 900 startups,” Antaki says. “This indicates the size of UAE’s ecosystem versus Egypt’s.”

The sizes of funds in the UAE are much bigger than the ones in Egypt, which means that the fintech ecosystem is much more developed, so they have more startups when it comes to fintech. However, in the CEO’s opinion, Egypt has a much bigger opportunity to grow in the fintech sector.

“Egypt has a very low penetration rate in credit cards. If you don’t have a credit card, you need to find other ways to pay,” he explains. “So, we need to develop platforms for cashless payments and because of this need, there’s much more potential for fintechs to rise.” Despite the low bank penetration with regards to the population, there are more banks in Egypt than there are in the UAE. Moreover, people with accounts, whether in the post office or banks – be it private or public – are more than those in the UAE.

We are talking about 1,900 startups within a population of 9 million in the UAE. Egyptians total up to 100 million and have 900 startups. This indicates the size of UAE’s ecosystem versus Egypt’s.

“On the other hand, the number of startups is low in general compared to the UAE,” says Antaki. “And the UAE has more funds.”

Nonetheless, UAE and Egypt are quite equal in business. UAE has a higher average revenue per user; the average user on mobile payment in the UAE is much higher in terms of individual, so when numbers are summed, you find that they have made the same amount of revenue in total.

In the world of unicorns, be a dragon

Venture capitalist Aileen Lee coined the term 'unicorn startup' in 2013; an allegory of the statistical rarity of such ventures. But as John Backus and Hemant Bhardwaj put it: Unicorns are for show. Dragons are for dough. “A startup can reach a unicorn’s worth, but you don’t get sold to an investor,” says Antaki. “So, you have a unicorn status, but the investors don’t make any money. Unicorns have to eventually exit to have money going back to the investors.”

Souq was the closest to becoming the second Middle Eastern unicorn after Careem, being valued at $1 billion on February 2017. However, Amazon bought it for $580 million. Instabug, meanwhile, has been positioning itself as the region’s next unicorn. "Instabug aspires to be [a unicorn] and they have a good potential because they are not only focusing on this market as a regional market, they have their eyes set on an international scope," Antaki says. "The other startup that has been growing very fast in terms of valuation and has been raising funds quickly is Wuzzuf." 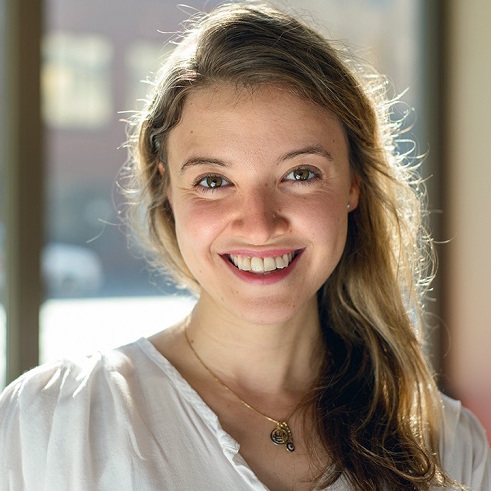