Shots of Sudanese protest poetry and the Algerian revolution take centre stage as the best in visual journalism. 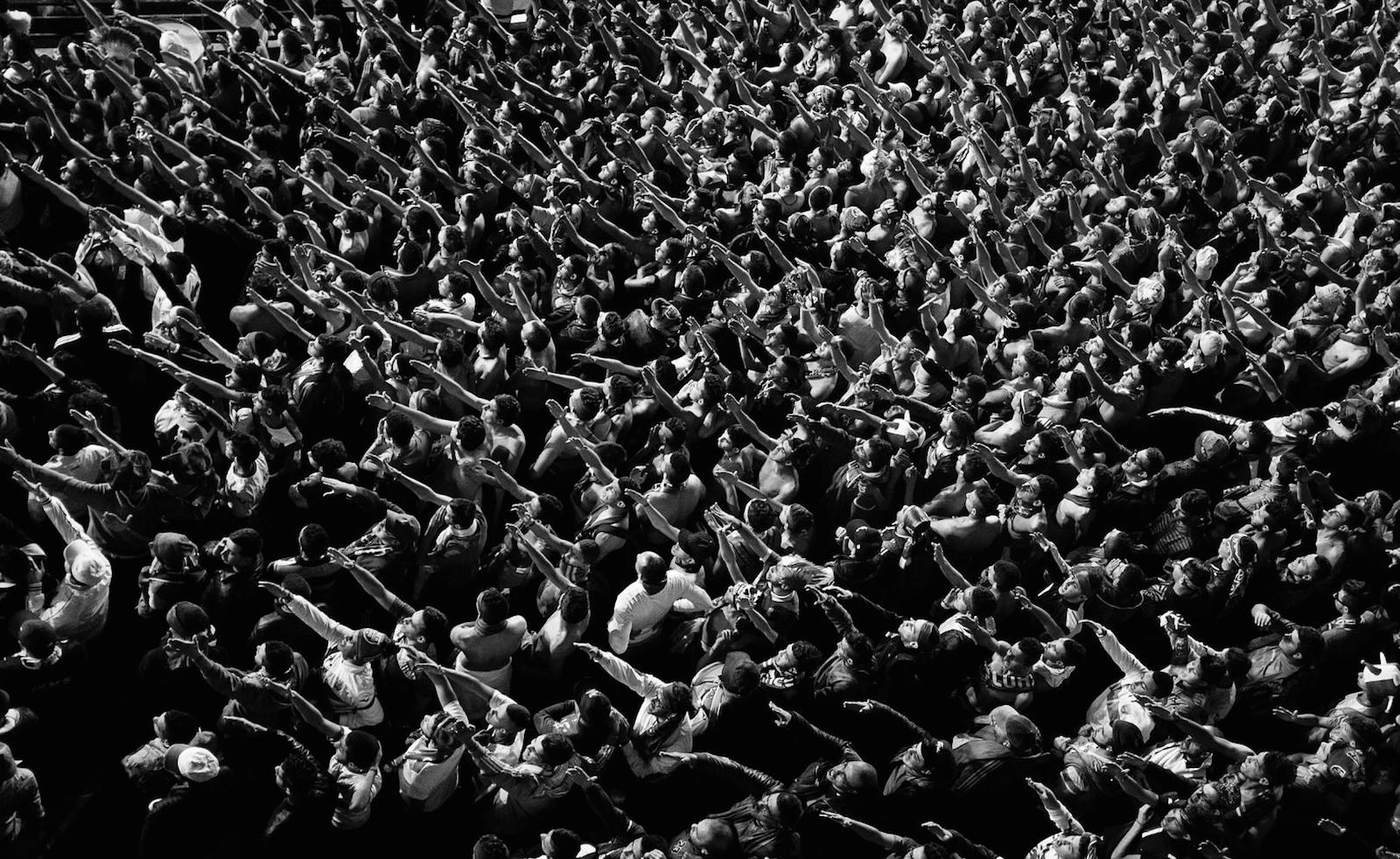 Every year, the prestigious World Press Photo competition rewards the year's best in visual journalism. The 2019 winners have just been announced, and of the 13 prizes awarded, 5 cover political stories from across the broader Middle East.

From the seeds of the Algerian revolution, to peaceful protest poetry in Sudan, to gripping portraits of Yazidi refugees, to the haunting eyes of a Taliban soldier, the photographs are undoubtedly powerful. There is a glaring question though: who is behind the camera, snapping these shots of familiar brown bodies in political turmoil? Only one of the winners is from the very community he shoots: Algerian photojournalist Farouk Batiche.

Foreign journalists winning awards for political shots of the Middle East is not in and of itself a bad thing. Besides concerns of othering and exploitation—with which the global photojournalism community has grappled most intensely in the case of the legendary-yet-disturbing "Afghan girl portrait with green eyes"—the clearer question is: where are our photographers?

They're obviously here, with every inch of life documented, from cities under lockdown, everyday life in Yemen, to the emotion-laden streets of Lebanon. As the field grows, we hope to see more and more photographers, documenting lives, streets, and upheavals, as they see and live them. The coveted Photo of the Year was awarded to Yasuyoshi Chiba's photograph, 'Straight Voice', which shows a young man reciting protest poetry during a blackout in Khartoum, illuminated by torches of mobile phones.

Before a power-sharing agreement was reached in August 2019, one method of defusing protests was imposing blackouts and shutting down the internet. In one such protest, Chiba snapped this shot, which judges called 'poetic' and chose for its messages of hope and resilience, communicating the spirit of Sudanese youth in the uprising.

Photo Story of the Year: 'Kho, the Genesis of A Revolt' | Algeria The Photo Story of the Year award was given to a multi-year project on the sociopolitical unrest of Algerian youth, named ‘Kho, the Genesis of a Revolt’ by Romain Laurendau.

"The winning series tells the story of the deep unease of Algerian youth, who, by daring to challenge authority, inspired the rest of the population to join their action, giving birth to the largest protest movement in Algeria in decades," said World Press Photo. Also spotlighting the uprising in Algeria — which began in February 2019 and led to the resignation of President Abdelaziz Bouteflika, who had reigned for two decades — is Farouk Batiche's winning photo, titled 'Clash with the Police During an Anti-Government Demonstration.'

Of the photograph, Batiche has said that it "represents the new Algeria that the protesters want to build. It illustrates the union of a whole people to impose a change of regime, as with a locomotive, the students, the youth, a new generation." ‘The Haunted’ by Adam Ferguson features posed portraits of displaced Yazidi people and other minorities who had suffered human rights violations perpetrated by ISIS, in camps for displaced people in northern Iraq. Equally haunting is this shot from Lorenzo Tugnoli's winning series 'The Longest War' about the conflict in Afghanistan. In this shot, a Taliban fighter sits in a car in Khogyani, a December morning in 2019.