Global health and humanitarian organisations - including the United Nations - are taking to Twitter and to social media urging the US government to temporarily lift their sanctions in light of the pandemic’s impact on Iran. 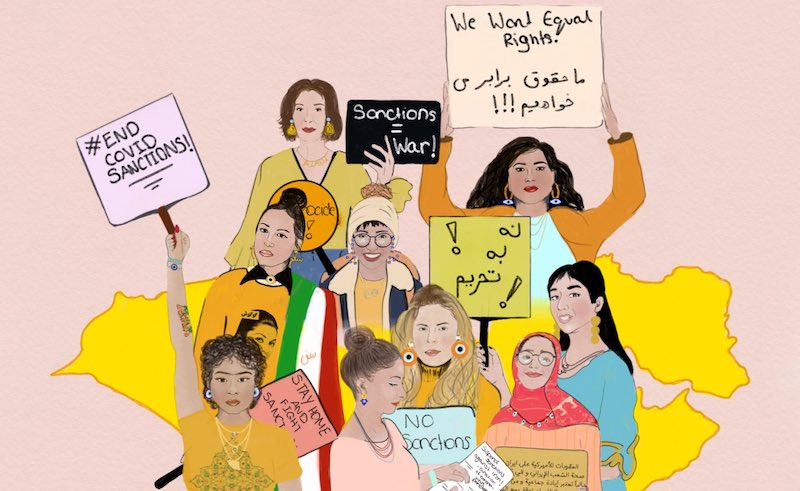 Iran is the country hit the hardest by COVID-19 in the region, with the third-highest total of cases after China and Italy. 2,000 COVID-19 patients have died as a result of many factors hindering Iranian medical professionals’ efforts to curb the disease and its violent and rapid spread.

One of those factors is the US-led economic - “terrorist-related” -  sanctions on Iran that block certain channels of trade on Iranian banks, and prevent the health sector from importing necessary medical equipment - like coronavirus testing kits - to help diagnose and treat the virus. These sanctions were implemented by the US government in May 2018, and new ones were just announced last week, blacklisting five companies based in the United Arab Emirates, three in mainland China, three in Hong Kong and one in South Africa for trade in Iran’s petrochemicals..

The VAST majority of #COVID_19 deaths in Iran are preventable.

They&#39;re resulting from a LACK of basic medical supplies and shortages from U.S. sanctions.

Many of the dead are young, healthy people.

The U.S. is contributing to Iran&#39;s soaring death toll. #EndCovidSanctions

Global health and humanitarian organisations - including the United Nations - are thus taking to Twitter and to social media urging the US government to - temporarily - lift their sanctions in light of the pandemic’s impact on Iran.

The U.N. High Commissioner for Human Rights, Michelle Bachelet, called for an urgent re-evaluation of the sanctions in a statement: “At this crucial time, both for global public health reasons, and to support the rights and lives of millions of people in these countries, sectoral sanctions should be eased or suspended... in a context of global pandemic, impeding medical efforts in one country heightens the risk for all of us,” she said.

Violent sanctions on Iran in the middle of #COVID19 is just yet another example of a failure of leadership. @stevenmnuchin1 and others are responsible not only for a loss of lives in Iran but also here in the USA. Do your part to flatten the global curve and #EndCOVIDSanctions pic.twitter.com/mT8GzqTzNi

Bachelet added “humanitarian exemptions to sanctions measures should be given broad and practical effect, with prompt, flexible authorisation for essential medical equipment and supplies.”

Other organisations are following suit, emphasising the ripple effect that the sanctions will have on the growth curve of the pandemic, which is already threatening the countries at Iran’s borders, including Pakistan and Iraq.

Alongside our partners, we recommend Trump suspend many of the sanctions imposed since May 2018 for at least 120 days, including those affecting Iran’s financial &amp; oil sectors &amp; civilian industries. Doing so would offer significant relief for the Iranian people at a critical time pic.twitter.com/dYUyWFqnf5

The National Iranian American Council, a non-profit organisation focusing on the rights of the Iranian-American community, also released a statement via Twitter - in collaboration with 25 other organisations - detailing their demands, which include a 120-day lift on the sanctions.

Iranian-American community organiser and writer Hoda Katebi explains in a tweet, sharing the hashtag #EndCovid19Sanctions which has gone viral in a matter of days: “I'm terrified. My aunt is a doctor in Iran. [Because] of sanctions there is a MASSIVE shortage of medical supplies, including face masks. She keeps giving her face mask to other docs [because] there aren't enough for everyone. For the love of GOD we need to end sanctions on Iran NOW.”

I&#39;m terrified. My aunt is a doctor in Iran. Bc of sanctions there is a MASSIVE shortage of medical supplies, including face masks. She keeps giving her face mask to other docs bc there aren&#39;t enough for everyone. For the love of GOD we need to end sanctions on Iran NOW. #COVID19

Rep. Ilhan Omar also joined the cacophony of voices, signing a circulating letter calling on US Congress members to demand the lifting of US-imposed sanctions. Scroll below for more of the tweets depicting the reality of life in Iran right now and how it is impacted by the sanctions.

In 2017, I lost my father to US imposed sanctions on Iran, when my family couldn’t procure him the drugs he needed to survive.

Today, I am calling on congressional leaders to urge @stevenmnuchin1 to lift the sanctions on Iran during a global pandemic. #EndCOVIDSanctions pic.twitter.com/OAoHviCjXN

Every 10 minutes a person in Iran is dying from the Corona Virus including Doctors. Iran is facing a Corona Virus Catastrophe due to U.S sanctions which are preventing the import of much needed medicine and medical equipment.

Iran is among the hardest-hit countries by the #COVID19 with nearly 2,000 deaths and 25,000 cases of infections from the global pandemic.

It’s also the only nation on earth that is dealing with this level of cases while living under severe economic sanctions.#EndCovidSanctions pic.twitter.com/JcubO2gdLW

Colour, Light and Wonder: A Visual Journey into the Philosophical Meanings of Islamic Art 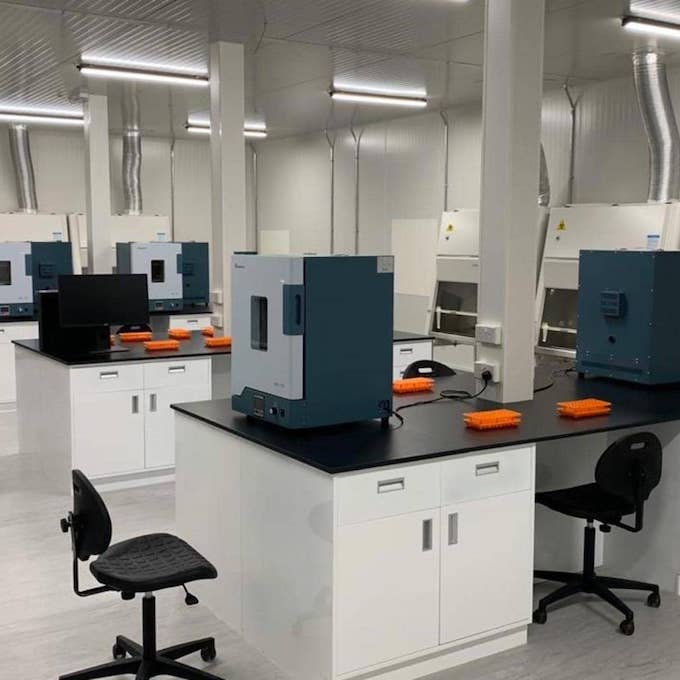 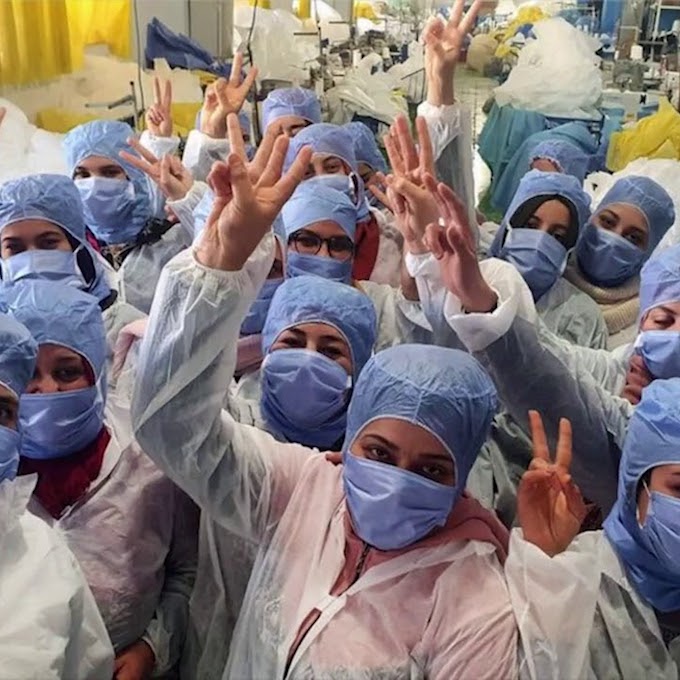 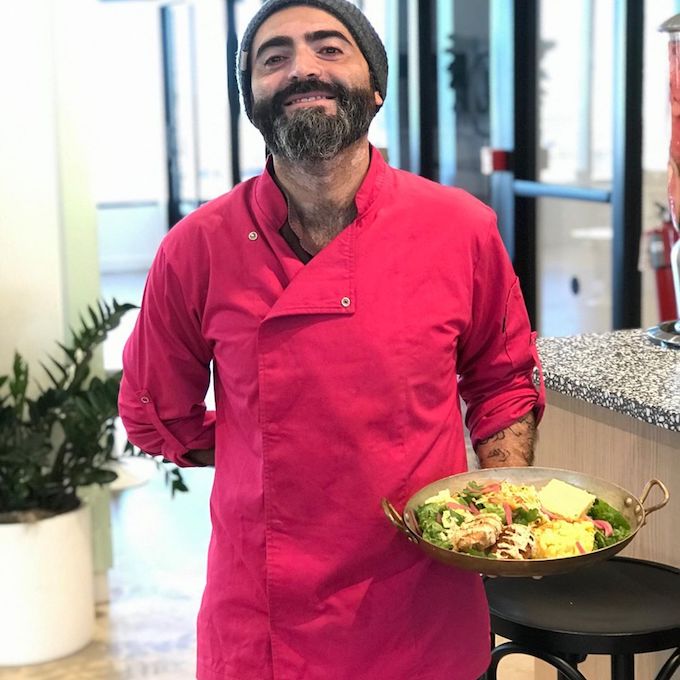