2 years ago, Nuseir Yassin, creator of Nas Daily, quit his high-paying tech job to travel the world and document his journey in daily 1-minute videos. Today, Yassin is one of the world's most talked about travel vloggers. In this exclusive interview, he opens up about his binational identity. 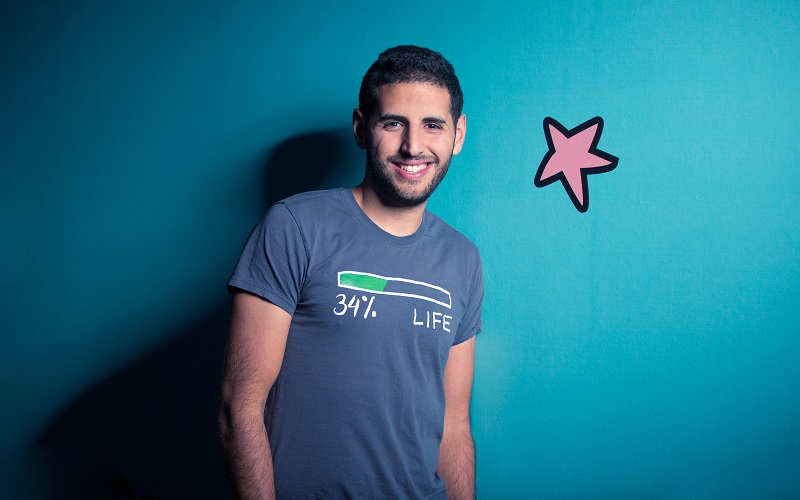 It’s a bitter Friday morning here in Cairo, around 300 people have gathered in Giza’s Orman Botanical Gardens to meet Palestinian-Israeli travel vlogger Nuseir Yassin, the man behind Nas Daily. Only 346 kilometres stretch between this scene and the Gaza strip, where Palestinians are wasting away in forced, dreary isolation, ravaged by a growing humanitarian crisis. A cartographic stone’s throw away, 17-year-old Palestinian activist Ahed Tamimi rots in an Israeli prison cell for slapping an IDF soldier who had trespassed into her family’s home in the village of Nabi Saleh in the West Bank.

Anyone would falter under the weight of these sharply contrasting images and the cumbersome association with them, that is, anyone but Yassin. “I have a passport, but I don’t have a country,” he says laconically.

Born in the Lower Galilee town of Arraba, Israel, Yassin doesn’t care for place attachment or emotionalism. The tether to his binational mothership had been cut long before he quit his high-paying tech job in New York City, two years ago, to travel the world, and share his journey in daily 1-minute videos on Facebook. “I can go to the Philippines and I’m a Filipino, today I’m Egyptian. I feel like I can belong to any country,” he says matter-of-factly. “What does it mean to be an outsider, like my parents didn’t have sex in that geographic location? What does it take for me to be Egyptian or Israeli or Palestinian? Some British idiot drew these countries on a map.”

More than 65 destinations and over 700 videos later, Yassin’s travel series, Nas Daily, is followed by over 5 million people around the world. “The best part about travel vlogging is not the countries you go to, not the beaches and not the hotels, it’s the people who are following you and are curious about what you do. They become your friends wherever you go,” he says.Yassin is Switzerland. His soul is a sovereign territory that no country gets to claim, least of all Palestine and Israel. “My experience in Israel is complicated. I don’t think I can wave the Israeli flag and I don’t think I can wave the Palestinian flag,” he says unsparingly. “I don’t think we should have countries. It does more bad than good, however, I do try in my videos to make people [proud of] their countries, in the hope that they’ll realize that every country is good, and that we’re all the effing same.”

Unfortunately for the 25-year-old, wading into that no man’s land of transculturalism armed with nothing but your moral compass doesn’t come without risks. The vlogger regularly draws the ire of Palestinians who accuse him of normalization, and Israelis who view him as a Pallywood fraud peddler. “Propaganda is easy, it’s very easy for someone to say, ‘he’s being paid by the Israeli government ’ – and I have no way to prove otherwise. Or say, ‘well, he’s Muslim, he cannot be rational, and he cannot be one of us,’ so I lose credibility,” he says, irate. “I believe that we should have 2 countries living side by side in peace, because I don’t think Israel should go anywhere and I don’t think Palestine should not be a state. If I say Israel, it doesn’t mean no Palestine.”

As the name of his show suggests – Nas, Arabic for people, Yassin is only interested in people and their stories. The problem with people and politics is that one is a square peg and the other is a round hole that Palestinians and Israelis keep trying to force into one another, hoping they’ll reinforce the many sweeping generalisations each side makes about the other. “There are valid reasons to hate Israel - when it comes to the Palestinian cause, this doesn’t come from thin air, but what I think is happening is we’re taking all the anger and the hate and we’re putting it on them, sometimes unjustifiably so,” he says. “They don’t deserve as much hate as we give them. I think what we should do is look at ourselves more critically, because Israelis are very self-critical.”

His rational approach to the plight of the Palestinians fails to take into account the complexities of the bitter conflict and its human cost. That solitary highroad he has chosen to take is a privilege few in the Holy Land can afford, least of all the Palestinians. Since my interview with Yassin, more than 15 Palestinians were killed in clashes with the IDF and 4 Israelis lost their lives in car-ramming attacks and stabbings. Yassin clings to that narrowing strip of hope, that line in the sand the world keeps conveniently redrawing, where Israelis and Palestinians are looking to the future and neither party is checking their morality at the door when discussing the past. “I spent hundreds of thousands of dollars for an apartment in Palestine, I obviously care and I put my money where my mouth is. I’m the one who spent years in Israel, and I’m the one who everyday has to deal with this sh**, same as the Palestinians,” he argues.

It’s easy to dismiss a Harvard graduate who rubs shoulders with global luminaries like Oren Liebermann, Bashar Masri, and Omar Samra as shielded and out of touch. Yassin’s experience in Israel is, in many ways, a triumph of democracy and pluralism in the Jewish State – a testament to its ability to integrate its non-Jewish population.

But Yassin's immense capacity for hope in the face of abject misery is a direct result of his sociocultural privilege. Many Arab-Israelis cannot afford the hefty price tag that comes with hope – according to a 2003 Orr Commission report, 50% of Israel’s Arabs live in poverty, compared to 20% among the country’s Jewish population, something he is all too aware of. “If you put me in a village with a $100 a month, with no education, I don’t think I’d be able to get out of that trap,” he says pensively.

Yassin’s views, however rational and anodyne, will always be measured against the depressingly tired binaries imposed on Israeli-Palestinian politics – sane positions extrapolated to a conflict that is anything but.

When I first met Yassin, in a Cairo hotel lobby, he couldn't stand still. He kept fidgeting like he was being pulled away by an invisible force, beckoned by lands far away. His thoughts would journey around the world, race though his head, and land on his lips the same moment. He is tormented with an everlasting itch for things remote.

It is the same invisible force that has sustained him through the conflicting loyalties and warring ideologies that call his heart and soul home: hope. Hope for the bootless to one day pull themselves up by the bootstraps and for absolute power to self-regulate. Neither of which are going to happen, but that's no matter, tomorrow he shall run faster and stretch out his arms farther. 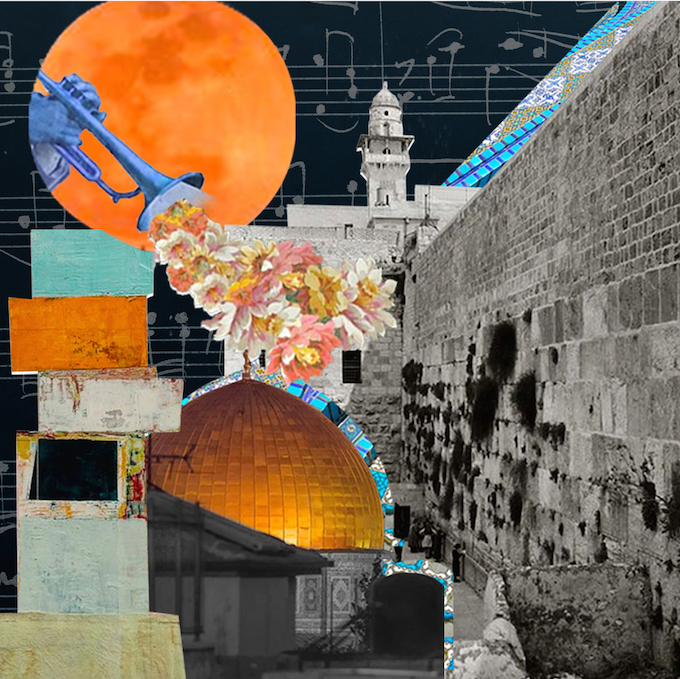 In the deeply divided Holy City, one chorus brings together Palestinian and Israeli...

In Jerusalem, Palestinian & Israeli Teenagers Are Using Music to Face the 'Other'