Virtually unthinkable today, female Quran reciters were numerous in 20th-century Egypt, with Sheikha Munira Abdou the most famous among them. 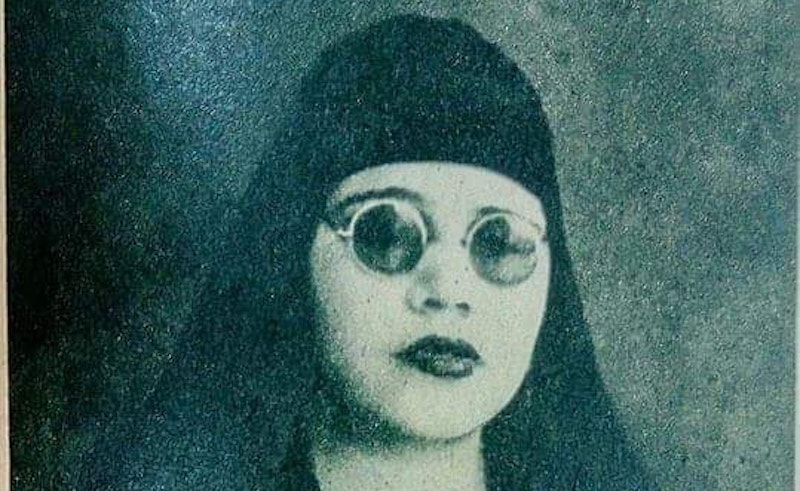 At the turn of the twentieth century, when the British-controlled Khedives ruled Egypt, red fezzes and black yashmaks filled Cairo’s streets. At first sight of the women of the time, draped in layer upon layer of mandatory loose black fabrics, it's an easy conclusion to come to that the slow tide of the women’s rights movement has brought us much further along, to an era of women's choice, albeit curtailed.

But every once in a while, unexpectedly and in seeming irony, there emerges a vignette from some forgotten corner of history that turns our presumptions on their heads. And we come to learn that the women of yesteryear may have had liberties that today’s women do not — particularly in some of Egypt’s most conservative circles. Before the now-ubiquitous 'sot el mar'a 'awrah' ("a woman's voice is unchaste/a form of nakedness") became a battle cry for misogynists, female Quran reciters were educated, trained, and famous.

When she appeared on the scene, it reverberated across the Arab World, and it wasn't long before she was an equal to the biggest sheikhs in Egypt.

All the way until World War II, powerful women, angel-voiced Sheikhas — a term no longer in use in Egypt — had a grip on much of the Islamic community. Hundreds of female Quranic reciters weaved through the neighbourhoods and villages of Egypt, highly trained and sought after. The most famous among them was Sheikha Munira Abdou, of whom survive few photographs, all of which resemble a kind of 1920’s falahy-punk songstress.

Clad in dark lipstick, circular dark spectacles reminiscent of Ozzy, and a draping black veil, the Sharqeya-born woman began reciting in 1920 at the young age of 18 at funerals in her city. At the time, funerals lasted six days, divided into three days each for male and female grievers, and the presence of a Sheikha to recite Quran for women was necessary. Not long after, the skinny, blind girl with the voice of an angel quickly found herself rising in the ranks of the Islamic community, becoming an equal peer of renowned reciters like Sheikh Mohamed Refaat. Image of Huda Al Shaarawi, one of Egypt's leading activists in the feminist movement. In 1923, Al Shaarawi founded the Egyptian Feminist Union.

In the first half of the twentieth century, women's education and career opportunities were limited. Iconic feminists such as Nabawiya Moussa — the first female student to graduate high school in 1907 — fought alongside Huda Al Shaarawi for greater access to education. In 1929, a small cohort of women attended the King Fouad University for the first time, and in 1932 the country even saw its first female surgeon in Kawkab Hefny Nassef. But as scholar and social scientist Dr. Soha Abdel Kader has written, "it was mainly the girls of bourgeois families who benefitted."

Education for women in rural communities was largely limited to the kuttab, a community-driven elementary school where village children learned basic reading, writing, arithmetic, Islamic studies, and — critically for our angel-voiced heroine — Quranic recitation. It was the same conservatism that required men and women to be kept separate, combined with the class bias that saw rural women's education dedicated to Islamic learning, that catapulted Sheikhas like Munira Abdou into existence.

After Abdou rejected his offer to recite Quran on his estate for Ramadan, a wealthy Tunisian merchant resigned to travel to Egypt himself and stay in the country throughout the whole month in order to hear her voice.

Firstly, by determining that only female or blind reciters, of which Munira was both, could be permitted to female funeral days, the profession of Sheikhas was brought into creation. Secondly, by creating a female workforce within the strict, righteous parameters of religion, a certain leeway was granted, potentially easier than the tooth-and-nail fight that urban, educated women were having in order to enter other industries, like medicine or the arts.

Open though this leeway might have been, it was short-lived. In her short career, Munira Abdou rose to a laudable success despite her young age. In 1934, at the launch of Egyptian Radio, Sheikha Munira was appointed as the first Quran reciter for the radio channel at the age of 32. She quickly became popular well outside of Egypt's borders, and one of the most successful reciters of her time. Despite her popularity, the sour reality remained that she still only earned EGP 5 to every EGP 10 that Sheikh Mohamed Refaat earned. And though we are now well aware of the morally paradoxical issue of gender pay gaps, Abdou's half-wage was a huge feat. Shortly after, she went on to broadcast her recitations on London and Paris-based radio stations.

Although Sheikha Munira wasn’t the only flourishing female reciter — with contemporaries Sheikhas Nabaweya Nihas and Karima Al Adliya achieving success in their own right — she was certainly one of the most sought after. She was nominated for multiple awards over her career and even having her biography written in 'Melodies from Heaven,’ by the late writer Mahmoud Al Saadani. Al Saadani writes: "When she appeared on the scene, it reverberated across the Arab World, and it wasn't long before she was an equal to the biggest sheikhs in Egypt."

Rare recording of one of Abdou's radio broadcasts. This clip is one part of Surat Al Omran.

In the book, Saadani also reveals that in 1925, one of the wealthiest merchants in Tunisia offered the highly-acclaimed Abdou EGP 1,000 (a very large sum at the time) to travel to the coastal city of Sfax to join him during the month of Ramadan and recite Quran for him in his estate. After she declined his offer, he resigned to travel to Egypt himself and stay in the country throughout the whole month in order to hear her voice.

By determining that only female or blind reciters (of which Abdou was both) could be permitted to female funeral days, authorities created the profession of Sheikhas.

Just before the onset of World War II, multiple Sheikhs at Al Azhar issued fatwas deeming the female voice to be a form of 'awrah, or nakedness, and could not be broadcast reciting the holy words of the Quran. It was largely the emergence of the radio that triggered the intervention of Islamic law, as the technology enabled female reciters to be heard by men on a large scale for the first time, previously being confined only to women during funerals. The radio stations that once placed Abdou’s recitations as a part of their regular programming stopped broadcasting the Sheikha immediately, despite an influx of public objections from her fans and long-time listeners.

Sheikh Shaisha'a, a popular reciter at the time, intervened after the fatwa calling it an "intellectual regress," citing the prevalence of female reciters among media and political circles. Reciters like Sheikha Umm Al-Saad, who had apprenticed male reciters including Sheikh Ahmed Neina'a and Moftah Al Sultani for well over 60 years, were suddenly forced into retirement.

Despite the inability of the Sheikhs of Al Azhar to trace back their fatwas to Hadiths in the Quran, and strong opposition from some peers in the Islamic community and listeners of female recitation, the radio management personnel at stations in Egypt, Paris, and London refused to resume their programming for fear of Al Azhar's reaction.

Abdou spent the remainder of her days listening to the recordings of senior reciters during their youth in her home, and was frequently quoted saying that time robs the voice of its beauty. Today, only a few of her recordings still exist, which fortunately includes her most celebrated ibtihal, 'Ya Rasool Allah' (O Messenger of God). Sadly, female recitation is no longer practiced even off radio, with many of today’s Muslims unaware there was ever such a thing.

Banned Since the Revolution, Drive-In Cinemas Are Coming Back to Iran 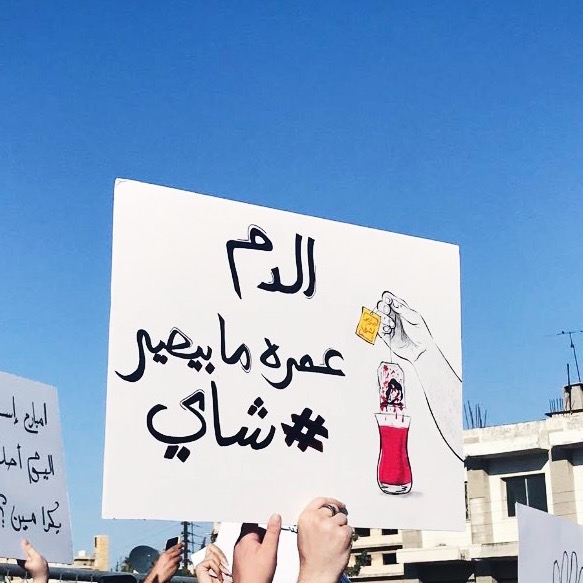