Out of the hundreds of thousands of Syrian refugees who have fled their war-torn nation, many have settled in an area of Cairo that has come to be known as 'Little Damascus'. 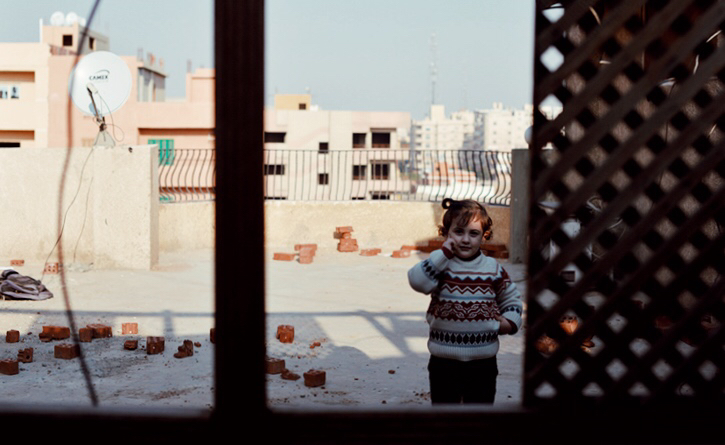 Forty-five kilometres away from Egypt’s chaotic capital, across the palm-tree-framed highway that leads to the satellite city of 6th of October, there is a bustling neighbourhood that breathes the scents of Syria. At the heart of it stands Alaa Eddin Street, a pedestrian road brimming with Syrian cafés, mahshi restaurants and boza stores, where the afternoons bustle with customers playing cards and smoking shisha in their cosy couches.

It’s almost midday and the thermometer signals the warm 18 degrees brought by a mild Cairene winter. "Nothing like Syria," says Mostafa as he slices a piece of shawerma behind the counter of a chicken store and recalls the cold, snowy winter in the Levantine capital. Working for 10 hours per day without a weekly break, Mostafa rarely has time to sit down at one of the cafés lined up on the street where his fellow Syrian nationals gather, but he is happy to go back home to his wife and children every day, and occasionally meet his parents, his four brothers and their families, all of whom have made Little Damascus their new home. He has been working in this renowned restaurant for four years, since he arrived with his wife and his three children, who now attend one of the Syrian-run schools spread across the area. Numerous refugees chose to enroll their children in Syrian-run schools, who follow the Egyptian curriculum but preserve the Syrian dialect, in the hopes that their children will be spared from bullying and be able to speak and learn in their own dialect. The area also holds a Syrian football academy, created by non-profit organisation Suria Al Gad, as well as numerous NGOs providing assistance to those arriving from the war-torn country. A couple of metres away, on a stall improvised on the side on a main street, Hanady carefully selects an olive oil bottle - although she doesn’t really need to buy one. The 40-year-old woman tries to keep herself busy, nonchalantly strolling among street stands and chatting with market sellers to let the day go by. “I don´t want to be inside my house, it feels like a prison,” she says, describing the 30 square metre room on a rooftop where she lives with her three children, her uncle and her niece. Her eldest son Majd, who is 27 years old, works in the construction sector for 13 hours a day to pay the 800 LE rent and provide for the family. It has been a year and eight months since the UN refugee agency's delegates visited her house, but she keeps waiting for a reply.

Life in a rooftop room

Hanady arrived in Egypt in 2012, when staying in her hometown of Al-Malihah in the Eastern outskirts of Damascus, became impossible after her husband disappeared. “It was a Friday morning and he had gone to the mosque to pray, but when he got out there was a peaceful protest. Security came, took some of the protesters away and sprayed the rest up. We never saw him again,” she says. Having experienced three confrontations, Hanady still doesn’t know whether her husband is alive or not; but the dangers of staying in a country engulfed in conflict made it impossible to remain there. It has been 20 months since Hanady requested assistance from the UN's organisation for refugees. But the process can take up to six years, specialists say.

“During the last period, there was an attack on a nearby check-point and they started bombing the place,” she recalls. “I was scared for my children and tried to keep them as far as possible from the windows, so we spent three nights sleeping all together in the bathtub,” she says, sitting on the only bed situated in the middle of the small room. In front of it, there is a little fridge where a small TV stands. The room is kept astoundingly clean, but it is tiny. There is a kettle on the floor, a wardrobe on the opposite wall, and three rickety plastic chairs. One of them is broken and has been tied with wire.

Hanady recalls her family back in Syria and bursts into tears. But she doesn’t want her youngest son, Karam, to see her suffering and lets him out to the terrace, where her 4-year-old niece Shaam is playing with some bricks scattered on the floor. Having arrived in Cairo at the age of eight, the little boy suffered depression and risked losing his sight due to the traumas he had experienced. But, despite the fact that Syrian nationals can access public health services in Egypt, the system does not provide free psychological support or augmented glasses for Hanady's son.

“To be honest, nothing seems to be right. You cannot count on going to public hospitals because of how dirty and neglected they are. And on the other hand, private hospitals are extremely expensive,” she says. “All I get on the UN’s behalf is a voucher for 120 LE for nutrition from Carrefour, which means I will spend more on transportation than the food itself. Schools? They don’t pay for that. Last year they pulled his scholarship because they found out he’s enrolled in a private school,” she complains as she expresses her fears in her son attending public school. Four-year-old Shaam plays of the rooftop terrace where her aunt lives with five other members of her family.

Only 123,585 Syrian refugees are registered with the UN’s agency for refugees UNHCR in Egypt, a figure far below the nearly 350,000 estimated by official statistics. According to an attorney working at a refugee service organisation consulted by CairoScene, the gap could be explained by the long process it takes the UNHCR to acknowledge refugee status –a process that can take up to six years. “Many of them won’t register or close their cases because it is easier to participate in society, or because they get frustrated with the process,” said the source, who requested to remain anonymous. For Hanady, it has been a year and eight months since the refugee agency's delegates visited her house, but she keeps waiting for a reply.

When Bashar first arrived in Egypt, he moved to Haram, a low-income neighbourhood located close to the Giza pyramids. “People were very nice to me, but I always felt like a stranger,” says the 25-year-old man, who soon found out there was a Syrian community living in 6th of October city and relocated there.

“Here, I am living among Syrians, I feel like I belong,” he explains as he sits at the electronics shop he owns, located in front of Hossary square, the epicenter of the area that is home to thousands of his countrymen. The area’s abundance of green spaces, its less polluted air and its considerably less dense population than Cairo’s made it a preferred choice for those escaping war, due to its similarity with their homeland. The area around Hossary square, in 6th of October City, is the place of choice for most Syrian refugees escaping war.

“However life here is very different,” he points out. “Back in Syria we weren’t allowed outside the house after 5 PM; while here it will be 11 PM and the whole city is out in the streets,” he smiles. “You can walk without the sound of guns; it feels safe, unlike Syria where you need to look outside and all around because you are afraid of being killed or attacked,” he adds, as he shows us a photo of the street in Al-Malihah where he used to live in Syria, a seemingly ghost town ravaged by barrel bombs.

But despite it being a safer country, life in Egypt is far from peaceful for Syrian refugees, who are frequently victims of crime and often face harassment and arbitrary arrests. According to Human Rights Watch, Egyptian authorities have detained and deported hundreds of Syrian refugees over the past years, while obtaining residency and visa has become increasingly difficult.

According to the agreement between the Egyptian government and UNHCR, Egyptian authorities will grant to “bona fide” refugees residing in Egypt - who fall within the High Commissioner’s mandate - residence permits. But according to Bashar, renewing passports and obtaining residence visas has become more bureaucratic. “We need a lot of favours; it’s very difficult. They even arrest some Syrians here because they don’t have their IDs,” he says. “A lot of Syrians left after June 30th because they didn’t feel safe,” says Bashar.

His brother, who had come to Egypt with him, left to Saudi Arabia in 2013, after the xenophobia that followed the ouster of Mohamed Morsi, as many Syrians were publicly accused of supporting the Islamist president. “A lot of Syrians left after June 30th because they didn’t feel safe,” Bashar explains. In fact, official statistics by UNHCR show a decline in the number of refugees officially registered, which neared 140,000 in 2015. In November 2015, 235 Syrian nationals closed their cases, while only new 109 cases were registered in the same period.

But Bashar's aspirations are far from settling down in the country of pharaohs. “I just to go back home as soon as the war is over,” he says without hesitation. “Even though your homes are destroyed?” I can´t help but ask. “Yes of course! Because we’re the ones who will build it again! We’re the youth, we are 25-year-olds, we’re the ones to build it, because if we leave then no one will be able to build it back again. We may have left for now but we can’t live without it,” he concludes.

*In order to preserve the interviewees’ privacy and following their request, their surnames have been omitted.

Argentinian writer. I don't believe in the theory of the three worlds. 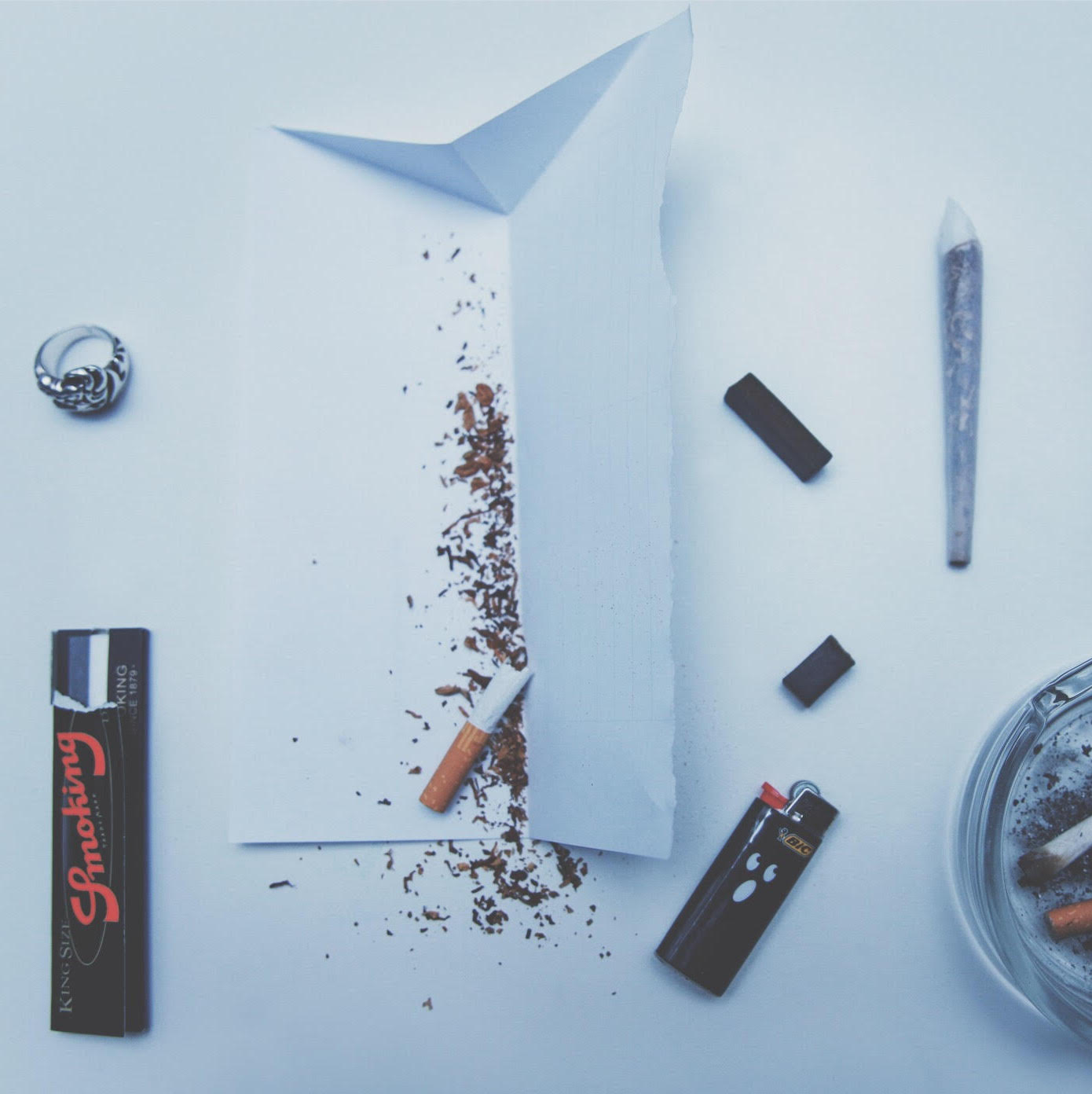 Farah Hosny sits down with a Cairo hash dealer to talk about why he entered the...

What It's Like to Be a Drug Dealer in Egypt 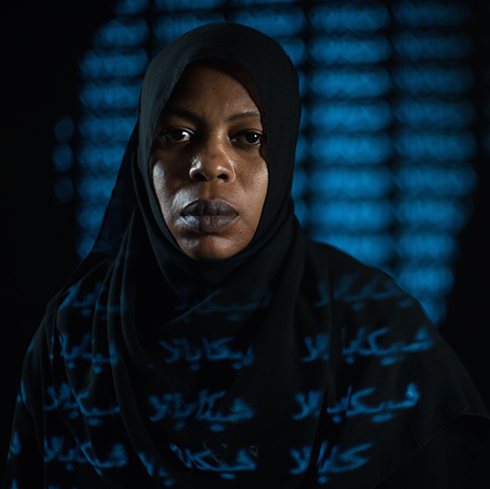