We head to Ras Sudr where Eihab Boraie meets some of the world's top kitesurfing talents to talk about the sport, the industry and, most importantly, the community. 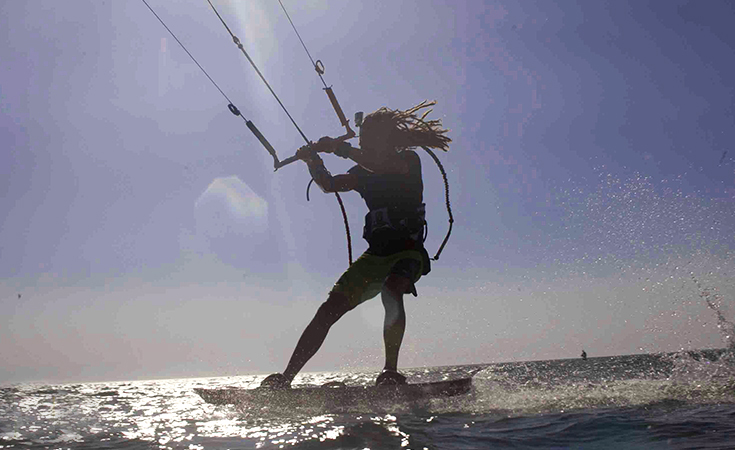 Kitesurfing or kite boarding is being heralded as one of the fastest growing water sports in the world. Poised to be included as an Olympic game, Kitesurfing is the new trend, and nowhere is that more obvious than along Egypt’s coasts. Even with Egypt’s tourism struggling to recover, kite surfers from far and wide are flocking to the motherland to take flight over its picturesque seas, flooding our feeds with breathtaking stunts and beautiful scenery. To learn more about why Egypt is one of the best must-fly destinations in the world for international kite surfers, I headed out to Ras Sudr to find out more from the pros themselves.

On a beautifully sunny, but more importantly gusty morning, I arrive at the scenic resort. From the moment my feet touched sand, I found my eyes transfixed by the mesmerising display of giant, colourful kites helping surfers soar over the majestic Red Sea as though they were birds in a past life. With only a handful of visitors, Ras Sudr appeared like kitesurfers' best kept secret, providing some of the most ideal conditions for those passionately looking to train. Flipping, turning and twirling both on the sand and in the water, it was like a carnival in the sky. Travelling from the UK, a passionate 66-year old kitesurfer challenged the physically demanding perception I had of kitesurfing. As a person with no experience in the sport, I assumed that one would have to have immense body strength in order to control a 14 foot kite to harness the wind in order to glide above water. However, turns out that I was way off as John Poole explains “I used to be a wind surfer, but as I got older, it began taking a toll on my body. I turned to kitesurfing because it required less strength, as the majority of the force pulling you is distributed on the harness. The trick to it is not arm strength but rather wrist control and board positioning.”

Egypt is the best destination for water sports in general and not just kitesurfing. You have loads of unexplored locations with different conditions in every spot which is what any professional rider is looking for in a country.

The Red Sea is dotted with kitesurfing centres, and pros from all over the world come to Egypt to train and compete. Many Egyptians too are picking up a board and kite and taking to the seas and skies as our country's positioning as a premium destination only grows in reputation. Hailing from the UK, Scott Metcalfe, however, challenges the notion that Egypt has the best conditions for kitesurfing; “personally I like South Africa because of its strong, constant wind but dislike its cold water… there’s pros and cons in every place. South Africa, Egypt, and Brazil would probably top of the list as best places to kitesurf.” John suggests that multiple factors need to be taken into consideration when it comes to singling out his next kitesurfing destination; “there are good locations if you go to Greece or even Turkey, but another aspect benefiting Egypt’s case is that it has cheap flights coming in. It’s accessible at the moment," he says before jumping straight back into the water.

The safety concern is being manipulated by the media, but to me it’s quite a hidden gem.

With international governments warning their citizens about travelling to Egypt, the tourism industry has nearly been decimated over the past few years. But that hasn't stopped those in the know from grabbing their pro gear, getting their tan on and enjoying the unspoiled waters and relative tranquility of Egypt's Red Sea. “I spent a year here in 2016 and its one of the most welcoming places I’ve ever been," says kitesurfer Casey Fairhurst. "The safety concern is being manipulated by the media, but to me it’s quite a hidden gem. I know there could be more money in it and more tourists, but this spot is like a secret. It has great conditions and you have the whole sea!" The blonde bombshell couldn't be more in her element as she tends to her board. "But to be honest, if Ras Sudr became more commercial and exposed, I'd consider setting up camp elsewhere." Surprisingly agreeing with Casey was none other Karim El-Khashab, who was a founder of one of the area's biggest kiting spots a few years ago, Kiteloop, before the place was closed by the Egyptian government citing building violations. He believes “it’s a double edged sword. I was a business owner in the area, so I definitely want it to be fully booked to make money. But, on the other hand, I still never wanted this place to be another Gouna,” he says cheekily, flipping his cap backwards.

For kitesurfers, finding space on the water to take flight is extremely important. Some of the most popular beaches for kitesurfing also end up being the most annoying as surfers compete for room for fly. If the goal is to train, then Egypt is incredibly ideal, as competitive kitesurfer Dan Ousting points out that, “You have wind on most days here, which makes getting out on the water a lot easier. You’ve also got shallow, warm water which makes the whole experience a lot nicer!” Decked out in surfer trunks and flowing blonde hair, he epitomises beach life and certainly knows what he's talking about. In an extreme sport that heavily relies on having the right weather conditions, Egypt is spoiled. Its desert landscape along the beautiful Red Sea makes for a longer kitesurfing season than most countries. According to Casey, the perfect wind conditions range between 20-25 knots and in Egypt “that’s quite average. It’s probably 18-25 knots throughout the season.” Also benefiting Egypt is that it is uniquely bordered by two seas: the Mediterranean and the Red Sea. While the Mediterranean offers choppy waters, the Red Sea remains calm and flat providing riders in Egypt with both options to train on. As the ever-energetic Karim puts it, “Egypt is the best destination for water sports in general and not just kitesurfing. You have loads of unexplored locations with different conditions in every spot which is what any professional rider is looking for in a country.”

I turned to kitesurfing because it required less strength, as the majority of the force pulling you is distributed on the harness. The trick to it is not arm strength but rather wrist control and board positioning.

Globally, kitesurfing is being considered as one of the fastest growing sports and although tourism in Egypt is not yet back to where it once was, a lot of the slack is being picked up by Egyptians who have started to seize on the ideal conditions its country provides. One of these Egyptian is none other than famed actress and now avid kitesurfer, Amina Khalil, who instantly fell in love with the sport. “The first time I came, I was supposed to stay for two days just to take the course and leave. I ended up staying an extra 29 days because I couldn’t leave!" she says as she manages to retain her cinematic looks even after some flips and turns in the water. "It was too addictive for me! I called my parents and said ‘I want you to see this because this is where I’m going to stay.’” This reaction may seem extreme, however it isn’t out of the ordinary as many of the kitesurfers I met had left behind good jobs to devote themselves to their craft. You have wind on most days here, which makes getting out on the water a lot easier. You’ve also got shallow, warm water.

The longer we chatted the more it became clear that kitesurfing is more than an individual sport, it’s a welcoming community of eager and passionate athletes. The surfers I spoke with had met on a variety of shores, and collectively had experienced kitesurfing on almost every continent. Inspired not only by the colourful kites and boards swooping, swirling and sky-rocketing across the seas, I took the beginners course myself to gain a better understanding of the passion this community shares for this extreme sport. Although I had never kitesurfed before, I was told that I picked it up quickly thanks in large part to effort put forth by the skilled instructors, but more importantly due to the good wind and warm, open, shallow, flat water that makes Egypt one of the best destinations for all kitesurfers. 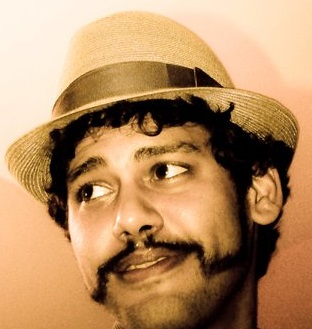 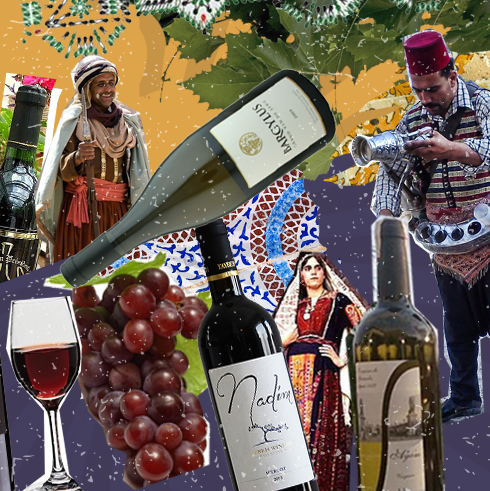 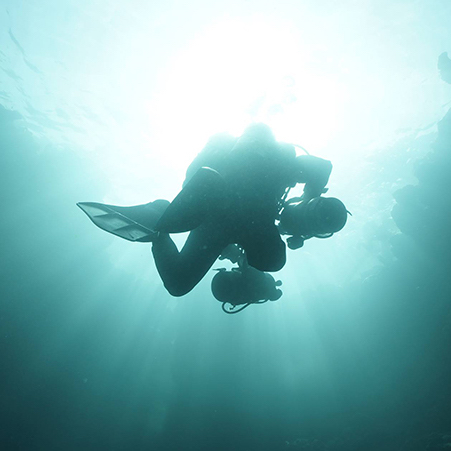 When he is not instructing technical diving, Tarek Omar recovers the bodies of...