Warning: This article may contain content suitable for ages 18+ only. In the first edition of our new column, How (Not) To, Egyptian writer Timmy Mowafi reflects on, well, how not to do things. This time around, he recounts his experience at one of Thailand's infamous ping pong shows... 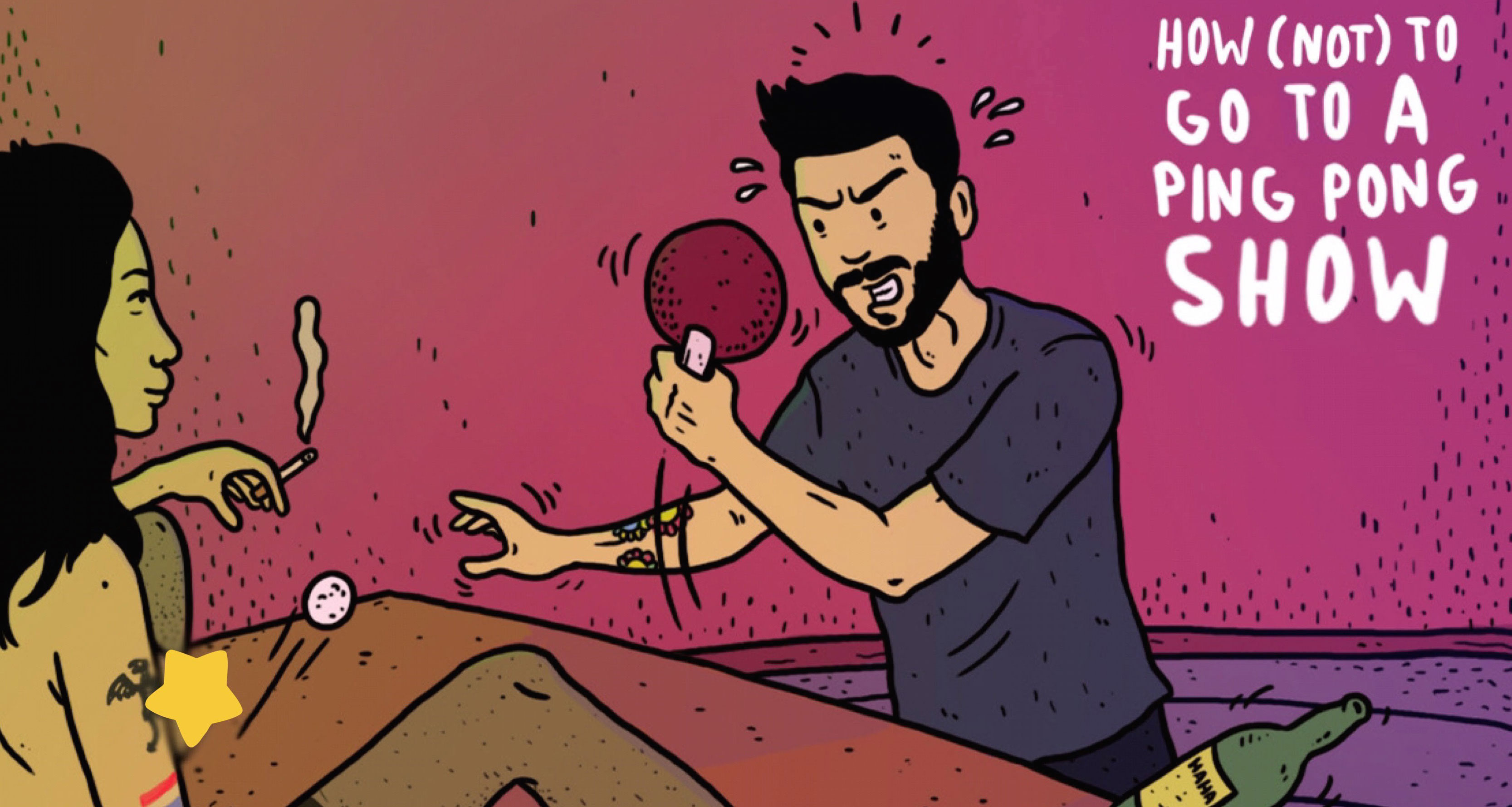 Bangkok’s Patpong district is one of the most batshit crazy streets in the world - all neon lights, underage sex workers, Bon Jovi cover bands, and rip off Yeezys. Seedy Gollum-looking hunchbacked old Thai men stalk you in front of the establishments lining the street shouting, “ONE BEER ONE HANDRAD BAHT, LOOK FO FREE!” with their long nails gesturing towards a menu which at first glance seems like it could be some sort of spa menu or a list of children’s birthday activities – ‘fishes in, magic flower, shoot balloon.’ Until you realise (you being me) that said list is all prefixed by the word pussy. Pussy shoot balloon. Pussy ping pong. Pussy cut banana. Wait, pussy fishes in?

“It’s myyyy rife, and it now and neverrr!” blares out from the speaker system of a nearby pub as one particular item on the menu catches my attention. ‘Pussy write letter.’ I ponder about whom this postcard might be addressed to; a scrap of paper arrives at my home in Cairo, the lines are barely legible squiggles and there’s a smell of seafood wafting from the envelope. Dear Mum, I am in Bangkok and I am doing fine I love you. Kindest Regards.

F has two big phallic-shaped balloons held high in either hand as the stripper blows out darts from, yes you guessed it, her vagina.

Now I know all of this seems mighty intriguing and you’re probably reading on in agitated excitement just waiting to find out how 'pussy open bottle' or how 'pussy blow candle' but I wasn’t born yesterday and I know ‘free look’ doesn’t actually mean free and this is all some perverted extortion at play to dupe unsuspecting tourists from their cold hard cash.

So I am not going up there. I am not. My wife F however is already halfway up the stairs, arms in air shouting, “Piiing pooooonng shoooooww!” Hand on face I am forced to follow her into the shadowy staircase up to what looks like the scene from a strip club in the dodgy areas of Grand Theft Auto, Vice City. Green lasers, gaudy blotchy red walls, and crazy, frenetic 170BMP thumping music bouncing off everything with inaudible Thai lyrics. Five or six women laze around the room in various stages of undress smoking cigarettes and texting.

15-love to the genitalia on stage.

Our arrival as the only customers has caused quite a stir and we’re quickly seated with front row seats by the stage; guests of honour. I order my 100 baht beer with the intention of downing it and heading straight out. One of the strippers - I mean I call her a stripper but there’s no evidential proof that she had put on any items of clothing going into work today - immediately bends down in front of us, calls us over, spreads her legs and the cigarette moves from her mouth down to her actual genitals. I half look away whilst nursing my beer but my peripherals are mesmerised - is that actually smoke coming out? How is she doing this? Here I thought I was quite versed in that particular area of the female body but apparently a whole respiratory organ exists down there that every biology teacher I’ve had has failed to mention. Still I catch myself, and began to gather my things, refusing to take part in such indignities. Before I know it, F has two big phallic-shaped balloons held high in either hand as the stripper blows out darts from, yes you guessed it, her vagina. And with unnerving accuracy too. Pop. Pop.

The ping pong ball is inserted into vagina. I grab my bat and, imagine in slow motion, march towards the front of the stage.

Then a ping pong bat is placed on my table. My mood changes. I am now very excited. See here’s the thing, at school I was friends with this kid Justin who was like number 3 ping pong youth champion in China and I used to play with him almost every break time. My skills under the tutorage of this Miyagi character, as you can imagine, grew vastly. It’s now become my own little party trick to hustle unsuspecting friends onto the ping pong table pretending not to have a clue how to play, hitting balls underarm and lightly onto the other side whilst making jokes. Then the game gets underway and I become an absolute ruthless killer with backhand drives and forehand pushes swerving off my opponent’s side as the rest of our friends watch on in gob-smacked awe but also tell me to maybe “calm the fuck down” as I maniacally call out the score after each point. “It’s just a game, Timmy.” For me it is not just a game and what I am saying here is I am very, very good at this not game.

The ping pong ball is inserted into vagina. I grab my bat and, imagine in slow motion, march towards the front of the stage, pushing F aside who’s still clapping and yipping at the stripper’s previous show of minge mastery. Right, this is a man’s job. I squat readily a few meters from the serving slit, rocking on my heels, shifting pressure from one leg to the other. The first ball pops out with such ferocity towards me I am absolutely taken back by the mechanics of the movement, the sheer science behind it, that I completely forget to swing at the ball. 15-love to the genitalia on stage.

Next point: she places the ball even deeper now and plop-woosh it goes flying out and I completely lose sight of it, smashing my bat against the table, my half-drunk bottle of beer falling to the floor. The strippers are laughing but I am absolutely livid. Nothing about this set up is in coordination with the ITTF (International Tennis Table Federation) governing body’s rules and regulations. There isn’t even a net! This establishment should have their license revoked. Another miss: 40-love.

The strippers are laughing but I am absolutely livid.

Keep in mind here I have told F on plentiful occasions about Justin and how great a player I am so this is now really becoming just a total affront to my athletic prowess too and I won’t stand for it. I make no mistake with the next point, making such sweet contact with the ball that it smacks straight back into the onlooking madame’s face. Who’s laughing now! Ha! 40-15, game point.

This is Wimbledon final. Federer vs Nadal. Or more accurately this is Japan Open (table tennis). XU Xin vs Fan Zhendon.

It’s saying something that I have never been this focused on female genitalia in my life. With laser-eyed intensity, I stare into this stranger's magical, unfathomable vagina awaiting for the muscle contraction that will lead to my eventual glory, this is championship point... C’mon Tim! Shhhhh.

Anticlimactically the ball is swiftly replaced with a banana that I am requested to take a bite of. Deflated, I decline. I tell her I already ate and to be fair this isn’t really an ideal way to spend our honeymoon.

The cost, Timmy, of a woman shooting things out of her vagina, is priceless.

I grab F by the hand to go pay the bill for the half a beer I drank and make an exit. The manager brings out a calculator in which he seems to just be typing out an arbitrary amount of numbers from his head which are disproportionally large to the cost of a local beer.

6,800 reads the calculator shoved towards me. Shocking. I begin racking up the cost of raw materials for this whole shenanigan. Five ping pong balls. One cigarette. One banana. Half a beer. There is no way this adds up.

F sees me about to go off at the manager and stops me, before explaining with such great wisdom, “You don’t get it Timmy, see the value this woman is bringing to the table is years and years of practice, grueling training, I’m sure there are countless hardships that have brought her to this point in her life. The cost, Timmy, of a woman shooting things out of her vagina, is priceless.” 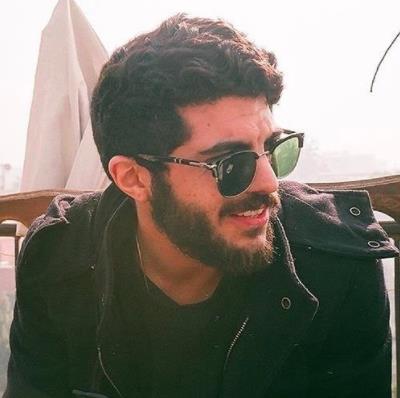 Rapping as a Refugee: The Syrian-Palestinian Musician Making Waves in Norway 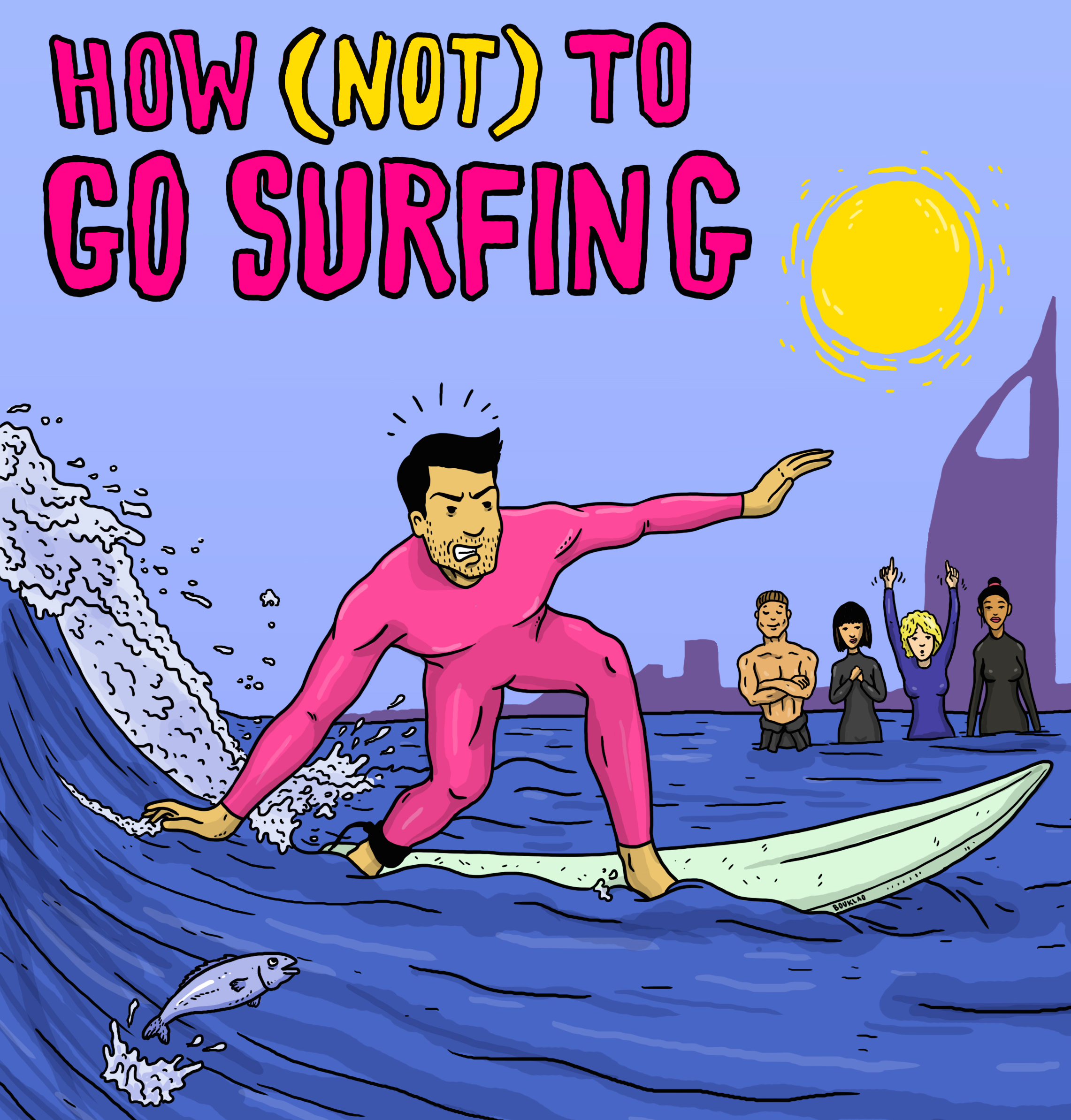 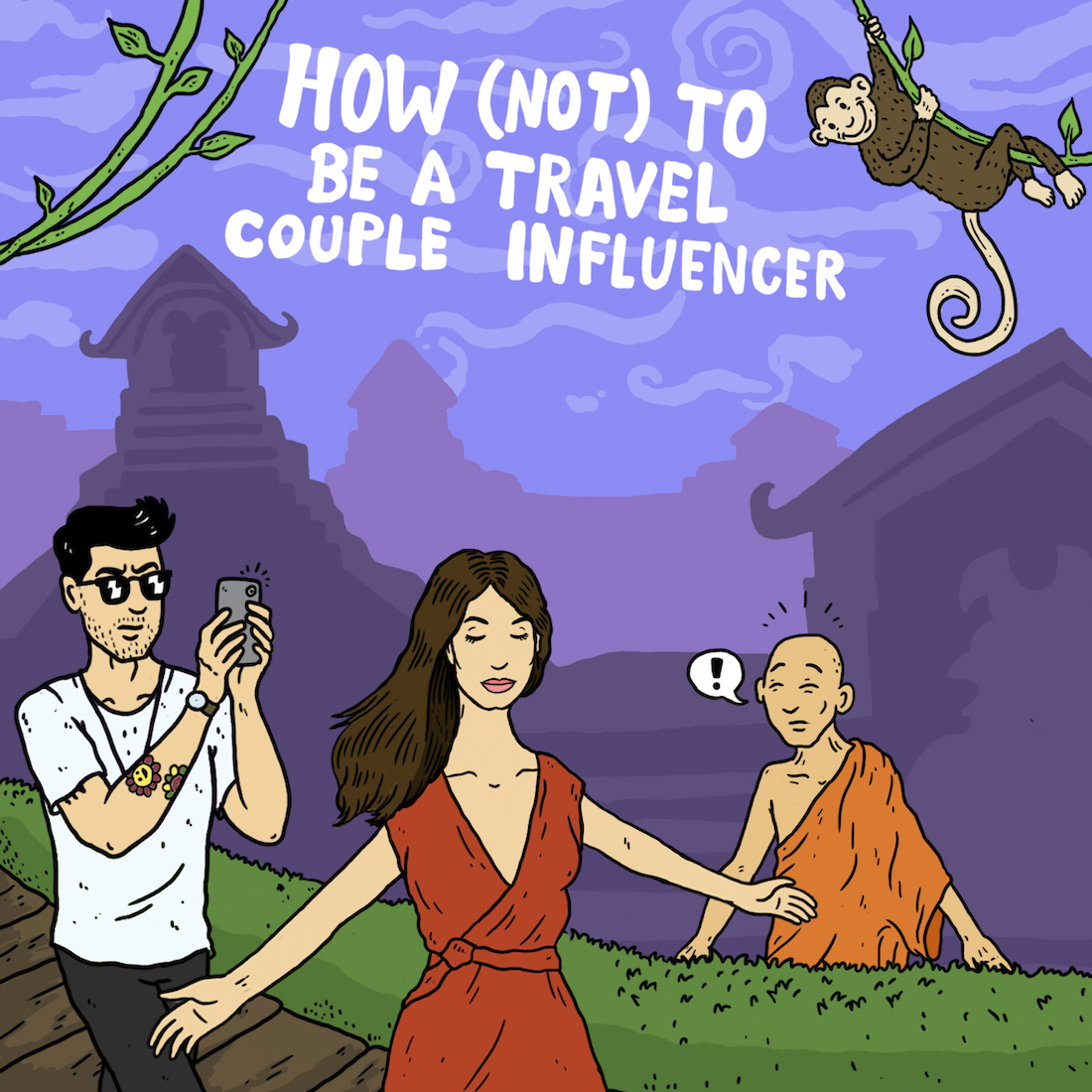 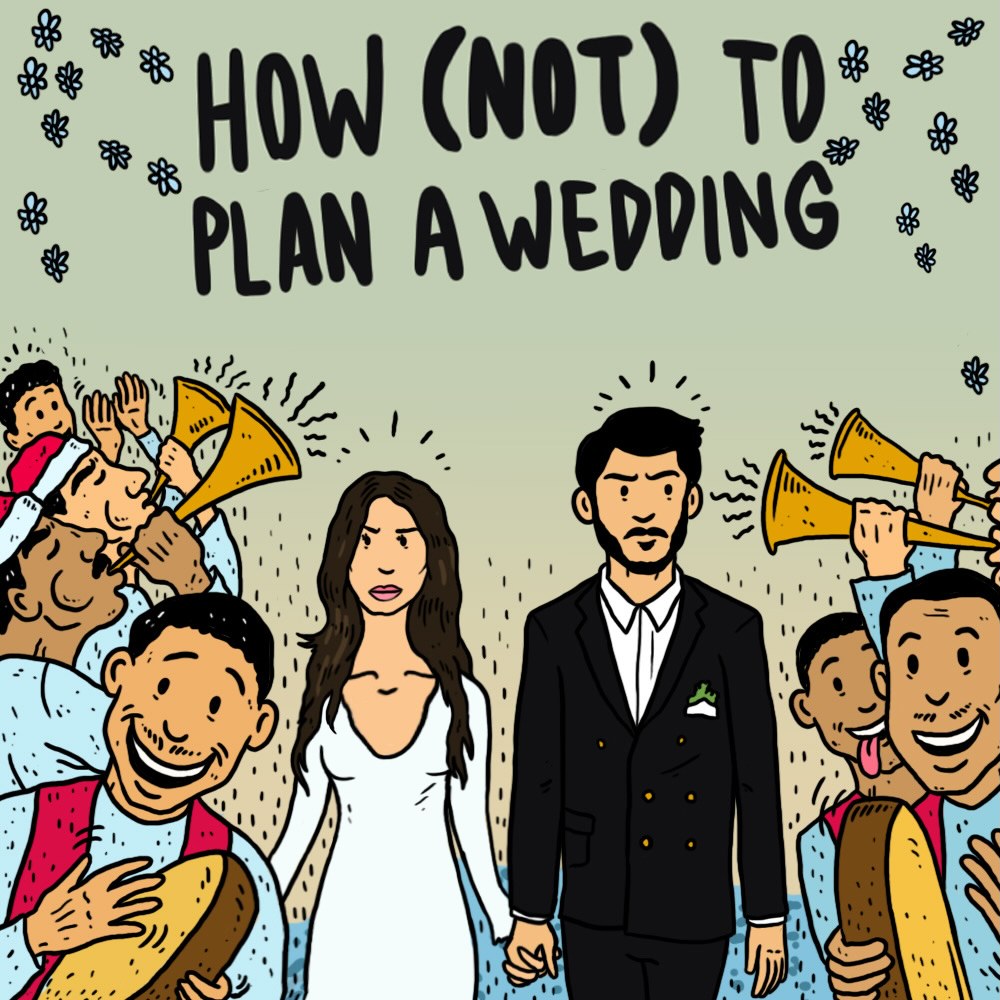 In the second column of our new series How (Not) To, Egyptian writer Timmy Mowafi...