We sit down with aerial silks instructor and Nike brand ambassador Yasmin Baker to talk breaking gender barriers in sports, the rising tides of female empowerment in the MENA region, and getting out of her own way. 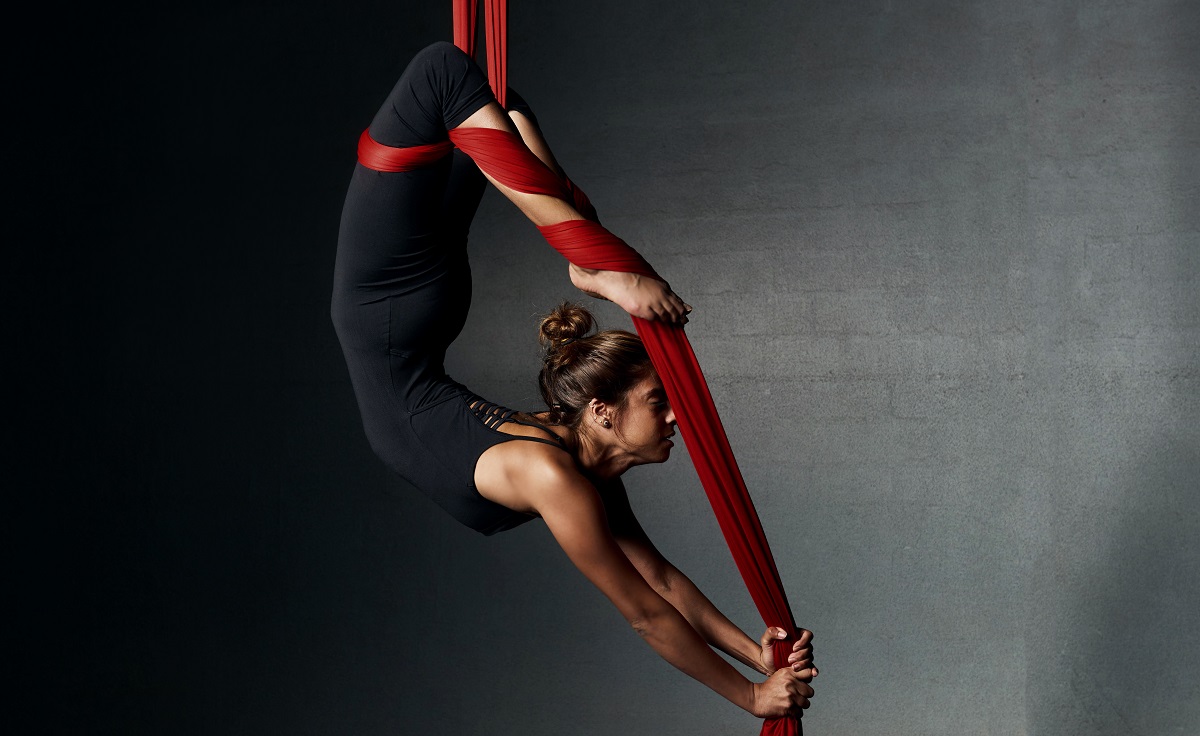 Since time immemorial, women have been considered insentient at worst and children at best, while their bodies doubled as vessels and battlegrounds. In 16th century Russia, women were told to starve themselves and go en pointe because those gentlemen preferred dainty, delicate ballerinas. In modern day Arabia, women are told to cover up and limit their movement because these gentlemen prefer them modest, sedentary – and therefore easier to control. One woman claiming her body back is Emirati aerialist Yasmin Baker. She made waves when she appeared in an ad campaign for sportswear giant Nike’s Chrome Blush collection, part of a bigger trend in the global apparel industry to champion diversity. But to Baker, the brand ambassadorship is about more than just being the token Arab woman in the room. “It [being a Nike brand ambassador] entails being a representative of the brand, but also of women and sports, and women in sports in the region, which is an amazing opportunity, but also a big responsibility,” she says. A non-denominational athlete of sorts, Baker has fluttered about from one sport to another, in search for the perfect one. She developed “a fascination” for aerial silks that started at the tender age of eight at a Cirque du Soleil show, and eventually took it up during her university years in Washington.

But it’s one thing for an Arab woman to do sports and another to do aerial silks, which is often eroticised. “I think the Arab world perceives sports that have an artistic form, I don’t want to say with a little more apprehension, but more curiosity. With team sports, it’s not such a visual expression. Things like dance, or aerial silks maybe have a bit more of a question mark associated with them,” she says. “But aerial silks, I think, is something new and unconventional for people in general, whether they’re Arabs or from somewhere else, or even within the fitness industry itself.” After a stint at the Dubai Circus School, Baker was among the first Emirati instructors to introduce aerial silks outside of circus arts, paving the way for its now growing popularity, in spite of its perceived eroticism – though in turn, its growing popularity has likely also played a role in helping people understand it should not automatically be assumed an erotically charged sport. “I came back from university, which is where I first picked up the sport in 2012, and at the time there were no studios, no warehouses, no place to setup the equipment,” she recounts. “I think most people didn’t even know what it was. But now there are a number of different studios that are teaching it, a number of different performers who are based here and, even within aerial dance, it’s widening vastly.” Unlike many women in the Arab and Muslim world – for whom sports continue to be very much a forbidden frontier, the DC-born beauty’s natural aptitude for sports was met with encouragement rather than admonition. “I was always encouraged to be active as a child, so it kind of came naturally to me. […] I think with enough devotion to it, my parents have come around to kind of letting me do my own thing with it,” she says of her upbringing. “As an Arab girl, I think the level of acceptance also depends on which country, which society, or where you’re even growing up, when it comes to acceptance of sports. One of the things I am noticing, however, is generally the trend towards accepting women in sports. And it’s growing from even acceptance to promoting, showcasing, being proud of women in sports.”

Baker’s circumstances are no doubt far removed from those of some of her fellow Arab women, however, her struggle against acrophobia and theirs against phallocentrism and subsequent internalised sexism, both intersect in the struggle against self-imposed limitations. “The biggest challenge was building enough strength that I was able to trust my body to hold me up above the ground. The fear of heights definitely played into that,” she says pensively. “I was reluctant to try anything new because I was scared of the height and I didn’t trust myself to stay atop and be safe.” But it takes more than just upper body strength to enmesh your body in silk slings suspended from the ceiling, it takes a whole lot of mettle too. In a world where oppression and indignation chips away at a woman’s sense of self, aerial silks an act of self-reclamation. “[It makes me feel] accomplished, I would say mentally more than physically. Dealing with fear of heights for me, but also trusting your body, trying something different, being on your own up there, nobody can get you down if you get stuck,” she muses. “Performing aerial silks exhilarates me because, to some extent, it’s scary and it always will be. There’s no plan when you get up there as to how to move or how to get unstuck from a situation or what to do if you’re about to do a drop.”

Now resting on Baker’s shoulders is the herculean task of challenging the many stereotypes about Arab and Muslim women who are often invisible, and representing them for the vibrant, diverse community they are. “I never sought to break a stereotype, but I think it’s opened so many amazing conversations with people who are also, knowingly or unknowingly, trying to do the same,” she says. “For Arab women who are breaking stereotypes, I would just simply like to say keep doing what you’re doing. I encourage people to be authentic and to promote difference. I think we have a lot more difference than we’re aware of in our community, and it’s a beautiful thing and not something to shy away from.” Above all else, aerial silks is a kind of self-love she feels every woman can easily muster. “I think it’s about finding what you love, and trying enough things for you to find that one thing – or more than one thing,” she says, “Practicing aerial silts makes me feel nervous in a good way, but empowered as well.” 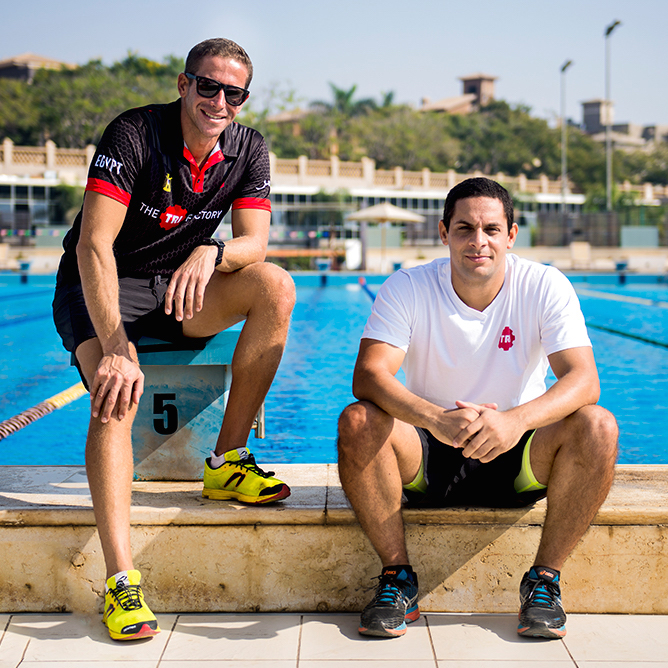