What It's Like to Be a Drug Dealer in Egypt

Farah Hosny sits down with a Cairo hash dealer to talk about why he entered the trade, who his clientele are and how he deals with the authorities. 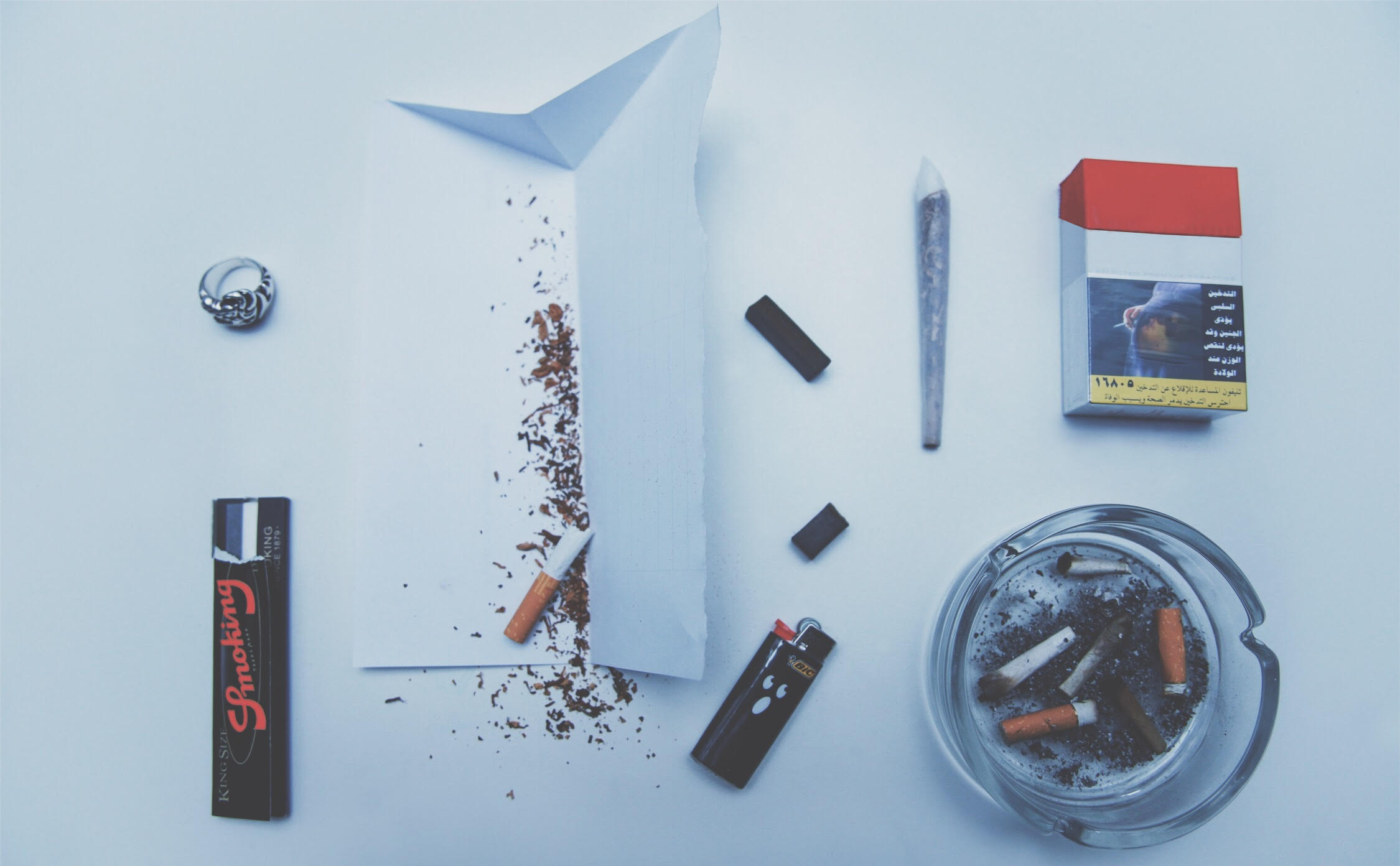 The term ‘dealer’ is often considered a dirty word; a loaded term, swollen with negative connotation, not only in Egyptian society but certainly more so here, where the man who procures your recreational drugs for you is likely not someone you’d consider fraternising with. But though they may not be in society’s good graces, in a country with a hash culture as deeply embedded as Egypt's, the city is saturated with those on the providing end of supply and demand. Despite that, our thoughts concerning drug dealers rarely extend past their direct use to us; we rarely consider their own stories, opinions, or their reasons for engaging in such an illicit, underground business.

So we sat down with one such dealer, just one of thousands across Egypt, someone who runs a simple kiosk somewhere in the city, but deals hash from it discreetly and undetected, to find out more. To protect their privacy, this individual will remain anonymous, but then again, it’s highly doubtful that you’d ever run into them anyway.

How did you start in this field of work?

Being a dealer? Well, I started dealing when I was wrongfully accused. In 2005 – I was a graduate of Tourism & Hospitality – I got falsely accused and I went to prison on false charges because of the presidential elections when people were running against Hosni Mubarak: Ayman Nour and Ali Gomaa and a few others. We were of course, really supportive of Ayman Nour, because we felt like he was the man who could actually help us out. So that’s why 90 percent of the guys in the country were unjustly accused in 2005 and we were thrown in jail and they closed the prison doors behind us and none of us knew what exactly our charges were – there were those who were charged with drug trafficking, those who were charged with weapon dealing, those charged with terrorist activity, just anything. Whatever stuck. But we were all educated guys, shabab zayy el foll, and we worked in tourism and we were all working in good positions in the tourism sector.

So it started in 2008, when I got out of prison, I felt unjustly charged and I found that the country was exactly the same - nothing had changed; if I walk so much as ten meters, any soldier or officer can take me and mess with me at a police station. I felt like the whole situation was out of our hands and that it’s a country of en7eraf (mayhem). Nothing will work here except for deviation; education won’t get you anywhere, manners won’t get you anywhere, people who were raised well... none of this will get you anywhere. What’s running the country, what will get you somewhere is thuggery and mayhem so you either live or die. And it was as simple as that. That was my start with drugs.

So, how did you gain access to drugs? Was it a case of someone introducing you to someone…?

Yes of course. Bad friends are aplenty; there’s nothing more than them out there. Loads and loads. Everyone wants to help, of course, in deviation and evil. But no one helps when it comes to doing good. If there were people who helped do good then someone like myself wouldn’t have been able to get on a path like this one.

Do you only deal hash or other drugs as well?

No, no, no, hash only and I can’t and won’t deal except to friends who are already hash smokers. I don’t have any intention or inclination to go down and just sell to people on the street; people come to me through personal connections.

And you don’t want to deal anything else?

No, no I don’t want to, of course. I wish, I wish I wasn’t doing this but I have to find an available source of income. The state has never helped me with anything except after I got out of prison, giving me a license for a cigarette kiosk, after my being branded as an ex-convict. But the money I made from a kiosk wasn't enough for me to open a home with, especially when it came to stocking it with products. It's just a hole in the wall -  how am I going to generate income from this? So the situation of course is very hard; to balance between you wanting to live a halal life and needing to make money. If you’re going to live in sin, there are so many options. But if you want to be an upstanding citizen and make money legally, and serve your country in a fruitful way, you won’t find any opportunity.

The situation of course is very hard; to balance between you wanting to live a halal life and needing to make money. If you’re going to live in sin, there are so many options. But if you want to be an upstanding citizen and make money legally, and serve your country in a fruitful way, you won’t find any opportunity.

How much of your income comes from hash versus from the kiosk?

And do you smoke hash?

Do you think that hash is haram?

Yes, I see it as haram of course. Because anything that harms your health is considered haram. God told us to care for our health.

So if you see it as haram, how do you bring yourself to sell it, or even just to smoke it?

Well, because 90% of our lives are haram. This is a truth. 90% of our daily lives, the majority of it is haram. Kollaha ghalat feh ghalat. The concepts of halal and haram for God, are in degrees. There are severe degrees of haram and lesser degrees and, I hope for God to forgive what I do, and I want to pray and to be a man of God…but at least just give me the opportunity to do something useful. I want to be doing something useful for my country, or for my children, or for my family, or be doing anything useful. But there isn’t a chance. I go down every day and sit in this cigarette kiosk. And I either sell cigarettes or I don’t sell cigarettes – and cigarettes themselves are also haram. And El Azhar says this and everything points to this. The difference is just that one of them is sold in the light and one of them is sold in the dark.

Do you think that hash is a problem in people’s lives?

Well, honestly, I can’t determine exactly whether it’s a problem, or a form of relaxation for people. I can’t, honestly. It could be both. Maybe if I didn’t smoke, and I thought about it well, I’d be able to decide. But because I smoke as well, I can’t decide if it’s a method of meditation for us, or whether it’s a harmful thing for us. I honestly don’t know.

Yes! And I have a daughter! She’s still very young. Of course, I wish that I don’t spend a pound on her that’s haram. I hope for this. And this is something I’m holding on to, and I’m sticking to this principle as best I can, and I’ve done everything in my power not to do this – not to spend a single haram pound on my daughter. From the instance she was born, all that’s been spent on her is halal money. And I hope that God helps me in this, and that I don’t pass through a time, or circumstance – like many people go through – that I would have to spend haram money on my daughter.

Does your family know what you do?

What about the police, do they bother you? Are there raids or crackdowns on drugs in the city?

I mean, of course the police do what they can but they'll never be in control of the hash situation. It’s impossible that they get a handle on it. Unless, all of Egypt comes together as one unit and we all say we do not want drugs in our country. But no one wants to do that because 90% of Egypt, whether it’s women or men, do drugs. And each person consumes in their own way; there’s the pharmaceuticals, there’s hard drugs…everyone has their own source of pleasure.

90% of people in Egypt, whether it’s women or men, do drugs. And each person consumes in their own way; there’s the pharmaceuticals, there’s hard drugs…

Do you have someone in the police, an inside person who “protects” you or do they just leave it alone to begin with…?

No, no, no, no at all. They’ve just left it be. But what they do, they go to ‘dolab mokhadarat’ – this is comprised of an area where a family or two, three families in a street sell drugs in bulk – and instead of arresting them, they take a monthly bribe from them. Per month, they’ll set a certain amount of money, for instance say 100,000 pounds, and they come and collect them every month, and they leave them be.

What does your demographic of clients look like? What types of people do you get?

Women in lower classes, the men have a tight hold on them, and these women live an older, more traditional lifestyle so they don’t have the opportunity to go out or go sit with their girlfriends at the club, or cruise in the car. But if they had them they would smoke hash, I think.

Since you started dealing to present day, do people smoke more or less?

No, I think they smoke more. And new things have started to appear too, like Voodoo.

Do you think in the future you’ll stop dealing?

I want to get back into tourism, but it’s very difficult. I would have to start all over again, start from the very bottom as a bus boy and I have a family to care for. I also have a prison record. But I’m trying to get my jail time removed so that maybe I can go back to tourism and stop dealing. 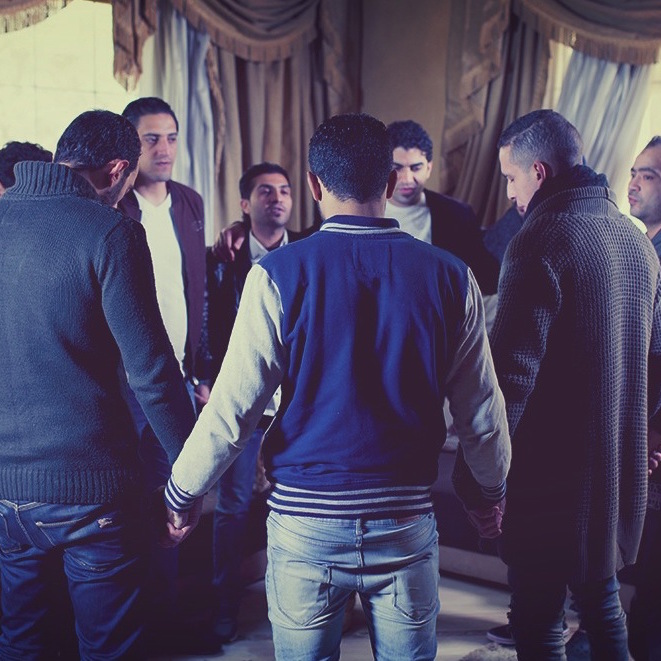 From the depths of their despair, former drug addicts Ashraf Azab and Shady Fahmy... 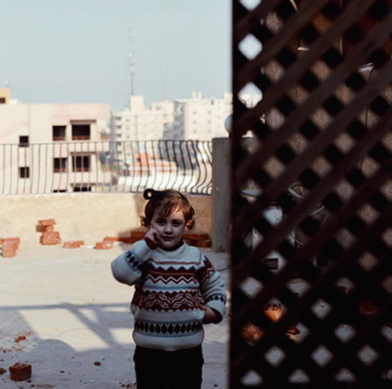 Out of the hundreds of thousands of Syrian refugees who have fled their war-torn...