In the simple symbolism of a folktale-style children’s book, Iraqi-Canadian artist Sundus Abdulhadi tells a story of survival, healing, and liberation perfect for both kids and adults. 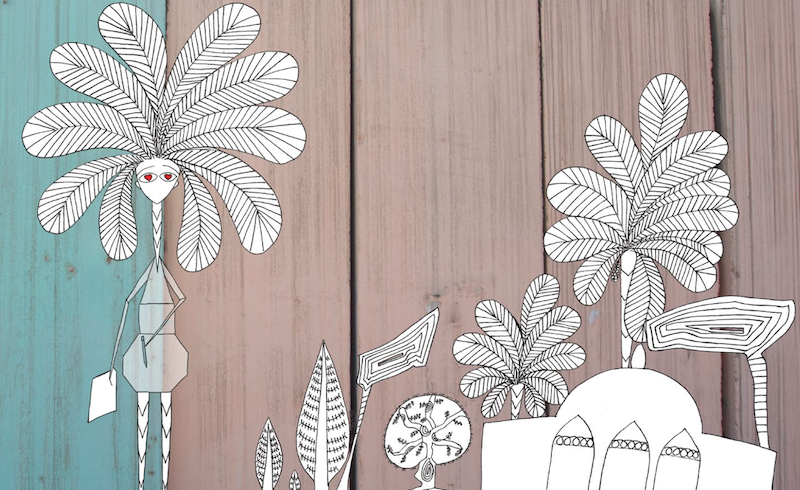 “You were broken, but fixed, renewed, and transformed. Your soul is still intact…Remember to breathe, accept, and believe. On the days you miss the past, go sit by the water.” – Sundus Abdulhadi, Shams (We Are the Medium, 2020).

It is a truth hard to refute—and perhaps harder still to acknowledge—that the Middle East (or the Arab world, or SWANA, pick your moniker du jour) holds a people profoundly traumatized. Complex, intergenerational, transnational, oft-neglected; beyond borders and the usual media hotspots and blindspots; in every marginalized and oppressed body, life, and identity, our traumas are weaved into more than just our histories; they’re in us. Latent, perhaps, sometimes, but never really buried too far down.

The trauma every single person in our region has been exposed to over the course of their lives is utterly indescribable, if you were somehow able to fully open your heart to it for an instant it would tear you apart.

Amorphous and sentimental, this sense of mass trauma was, oddly enough, best captured in Twitter threads like this one, in reaction to the Beirut explosion in August.

It feels like a lesson every generation has to learn, over and over again. Palestine, over and over. Lebanon, over and over. Iraq and Yemen and Syria. Almost-revolutions and injustice and violence and neglect, and everything we know, but would be torn open if we were ever to fully open our hearts to.

And so we don’t. And so I don’t. But even in my own Cairo—where the clocks have never stopped, where we haven’t seen our city immediately, catastrophically ripped apart (at least, not recently)—there is something turbid in us. When news of death or persecution or crackdown or explosion breaks, it only feels like a reactivation of something old, painful, and familiar. And I read it once more, of course, in August, when the Beirut explosion gave new meaning to the concepts of institutional neglect, of violence through incompetence, of catastrophic corruption. Along with the many reactions of anger, sadness, and hope by Lebanese and Arabs both in the region and in diaspora, one was the sobering recognition that this is an old story, with new, maddeningly painful details.

It’s the child inside all of us that’s trying to make sense of something that’s so much more complex, so much bigger than us.

The poignancy of Shams and Abdulhadi’s work also shines through in another common reaction to the Beirut explosion: the recurrent rejection of the word ‘resilience.’ “I hate that word,” Abdulhadi tells me in an online interview from her home in Canada. “Because when people have used it to describe Arab experiences, it’s often done in a very condescending way. Like ‘oh, look at how much they’ve gone through, but still they survive’.”

But there’s a way to talk about this particular pain, and this particular healing, without falling into empty, often accidentally imperialist, platitudes. And that is what Abdulhadi does so elegantly with this small, endearing, critically important children’s book.

With calligraphy by Tunisian-French calligraffiti artist eL Seed and book design by Lebanese visual designer Roï Saade, Shams is a beautiful story of a little girl made of glass, who one day breaks into a million pieces because of an explosion. Illustrated and written by Abdulhadi, the story follows the eponymous Shams as she literally transforms into a survivor. Along her journey, Shams receives help and guidance from another character, the aptly named Shefaa, who functions as a kind of conduit of ancestral wisdom. The journey, though, is Shams’s alone, as she goes inside of herself in a process that mirrors Abdulhadi’s own healing from PTSD after a traumatic event in Baghdad in 2009.

The colours of the book themselves shift to match the different turns of Shams’s journey: from pretty pastels to stark black and blood red, to eventually bright technicolour palettes. But because Abdulhadi chooses to focus most of all on the necessary darkness of healing—the complex anger and bitterness and pain that comes after the ‘boom’—most of the story is in fact quite dark, particularly for a children’s book.

On the one hand, the choice of colours makes the ending pages feel like the sun finally breaking through, but it also brings up the question of: can children really process this? “Kids are way smarter than we think they are,” says Abdulhadi, “especially kids who have lived through their struggle, kids who understand the complexity of all of this: war, displacement, loss, trauma, identity.”

A lot of people died, and it left a huge impact on the city. But at the same time...it's just another one of those days that caused so much damage and trauma to a nation, that is in a list of endless, endless days.

Abdulhadi credits much of the connection that children have to the story to its symbolism, which makes it easier to navigate complexities and confusions. “So when somebody’s fragile, they’re like glass. When somebody breaks, they literally, almost physically break, and they have to put themselves back together again.

“And it’s asking these questions like: why did I break? Why did this happen to me? Is it because I’m this or I’m that? And it’s the child inside all of us that’s trying to make sense of something that’s so much more complex, so much bigger than us.”

Shams is, at the end of the day, a folktale of sorts: symbolic and simple, containing wisdom beyond its pages in a way that children and adults can connect to, albeit in different ways. My little cousin who I read the story to was scared when the ‘boom’ happened; I wept at Shams’s all-too-familiar shattered body. (“The only tears I’ve ever gotten were from adults,” Abdulhadi reassures me, though I can’t be sure she’s not just trying to make me feel better about bawling at a story for kids ages 7 and up.)

Not long ago—perhaps halfway through the dumpster fire that is 2020—I began bristling at the word ‘trauma.’ I grew sick of it and its use at the drop of a hat. It sounded counterproductive, passive, not a thing-in-process, like an event occurs and the person (most often a marginalized life and body) lies static and defeated in its wake. I grew simultaneously frustrated with the popular neglect of collective trauma as a fact of modern life, and exasperated with its ubiquity.

“But it doesn’t have to be something negative,” Abdulhadi, who in her capacity as an artist and curator has studied and worked with concepts of trauma for years, challenges me. “One of the things that I found really interesting in my research is that trauma can lead to transformation. We don’t need to stay in a traumatized state.”

The character of Shams is based on this very idea: fragile at the outset, she can only become a kaleidoscope, can only put herself back together in a wholly new way, because of how completely she shatters. “She represents an entire generation that have experienced trauma that haven’t had the access to the kind of healing and support that they needed, to see how transformative it can be, on a positive level, how—when we have the tools to be able to process our trauma—the growth that comes from it is limitless.”

The only tears I’ve ever gotten were from adults.

Perhaps the real emotional weight of Shams—why there is something in it that is so minutely heartbreaking—is that it is born out of Abdulhadi’s own experience with PTSD, and trying to find ways to articulate what she had been through: a series of five synchronized suicide bombings in five neighbourhoods of Baghdad in 2009.

“What I experienced was just a tip of the iceberg of the violence that so many people in our region experience every day. A lot of people died, and it left a huge impact on the city. But at the same time, this Black Wednesday as it was called, is just another one of those days that caused so much damage and trauma to a nation, that is in a list of endless, endless days.” In dealing with this insurmountable pain, irrefutable impact, and cold insignificance, Abdulhadi came to Shams, a book that is—at the end of the day—for “the new generation, who need to make sense of the violence that they’ve experienced. They need to be able to see themselves in a story that doesn’t just show them as victims, but shows them as survivors…I want it to be read by youth who can see themselves in it, in refugee camps, in communities that have experienced war and occupation and displacement.”

In addition to the English version available through Abdulhadi’s own We Are the Medium, Shams has been translated into Arabic and published by the Tamer Institute for Community Education in Palestine, a non-profit that focuses on literacy and critical thinking education in the Arab world, distributing books in schools, refugee camps, and community centres.

She represents an entire generation that have experienced trauma that haven’t had the access to the kind of healing and support that they needed, to see how transformative it can be.

If you have a child at home or in your family, I could not recommend Shams enough. In addition to validating the very human feelings they are likely to have—both in reaction to their own lives and to the news around them—it can also function as an educational tool.

“I never explicitly say it’s a bomb, I just call it a boom,” says Abulhadi of her onomatopoeic euphemism. “So when they ask, it’s an opportunity to talk about what other children experience in the world that could cause them to potentially break. And it could be anything, any event that turns your world upside down, that makes you shatter, and that can transform you.”

And even if you don’t have children in your life, I wholeheartedly recommend this beautiful little book, and it's not just because the last piece of children's art that's made me bawl my eyes out like this was Lion King. It's because every time I read it—with every painful occasion in these terrible times, in the quiet moments between action and reflection—it reminds me of a simple, comforting truth: that we have been here before, and will be here again. That we break, and we heal, and we fight, and we hold, and on days when we long for the past, we can sit by the water.

You can order Shams in Arabic through the Tamer Institute or in English through We Are the Medium. 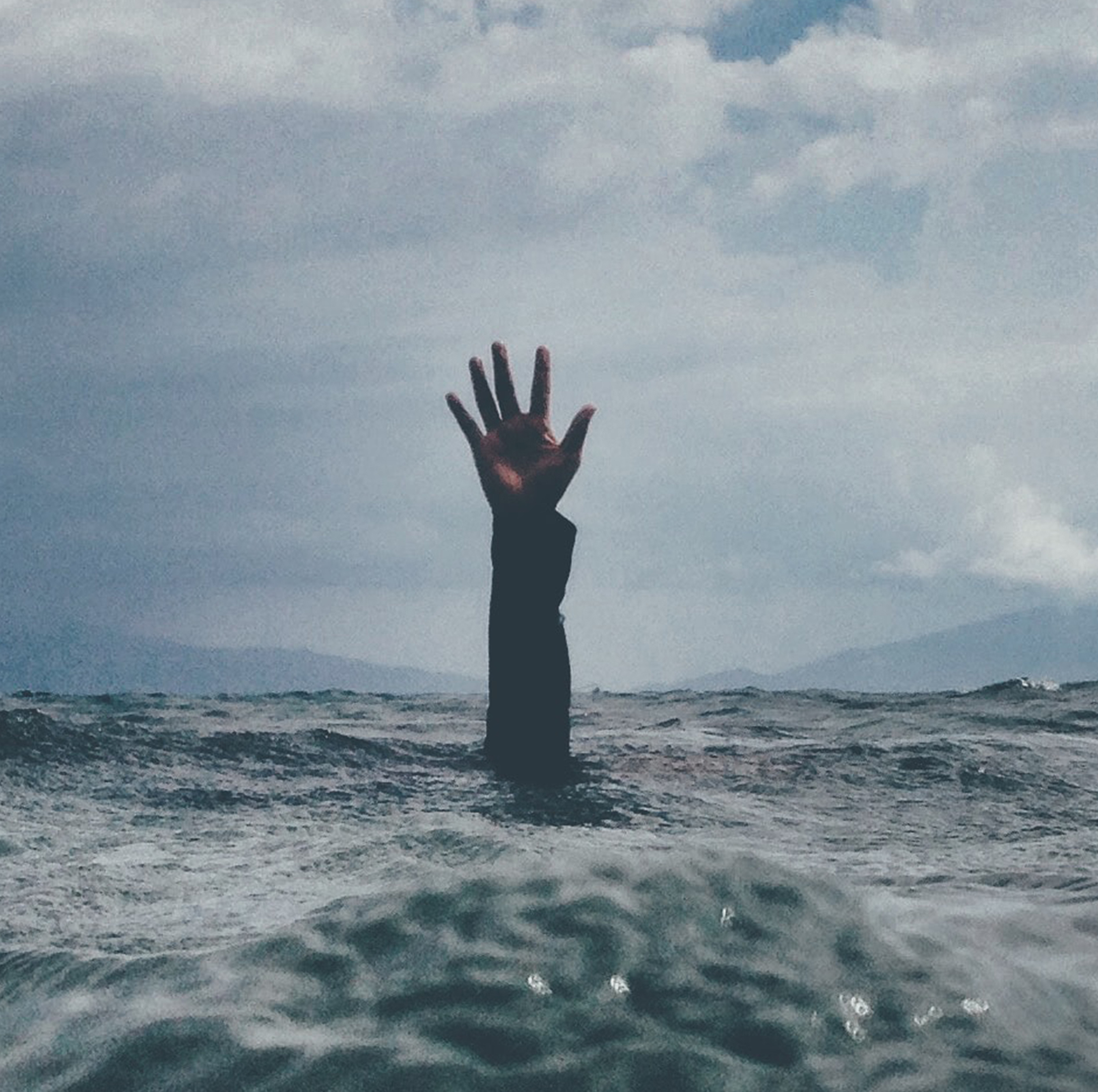