We sit down with the Tunisian actress to discuss her debut in, relationship with, and recent return to Tunisian cinema. 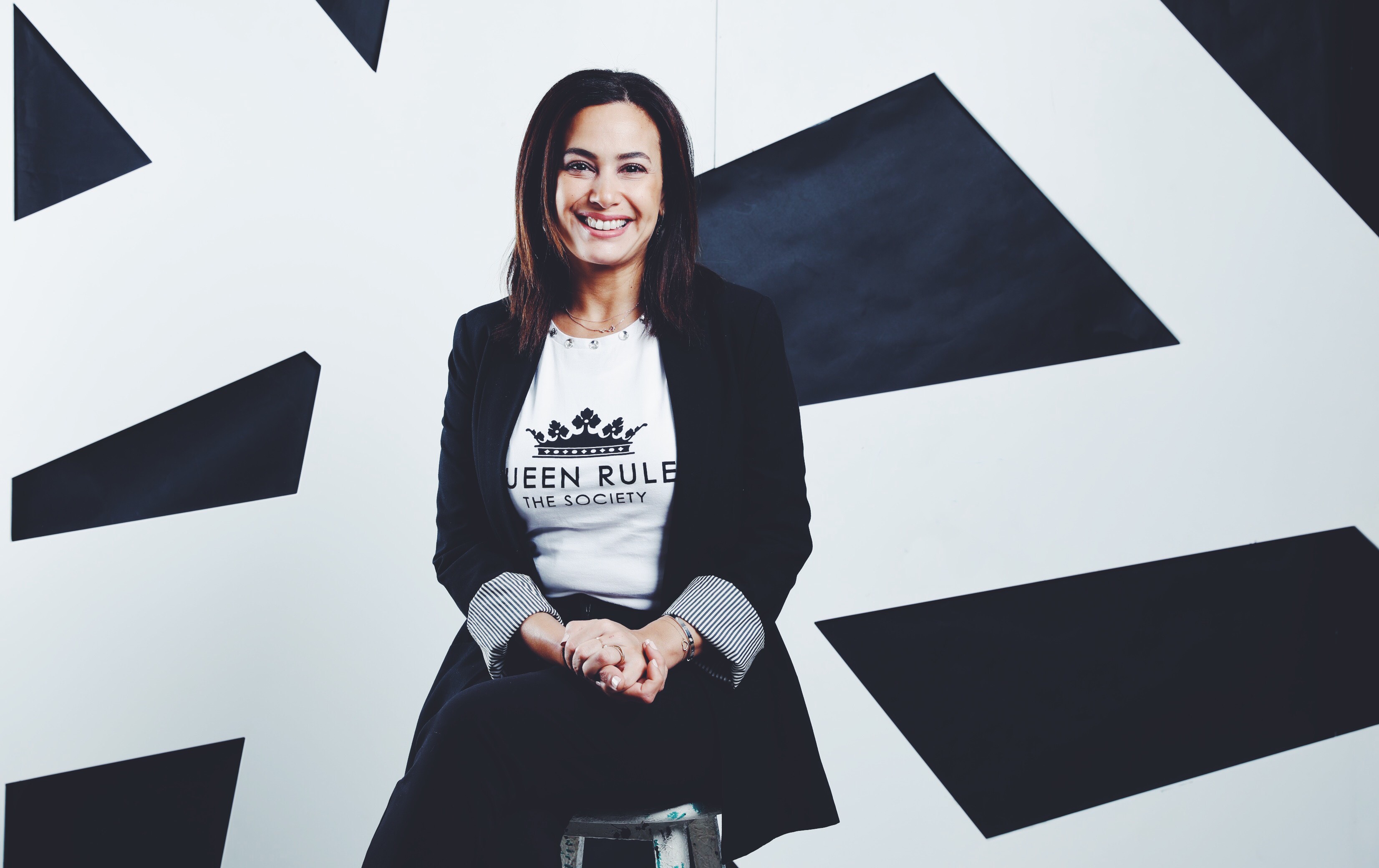 In 1994, Tunisian filmmaker Moufida Tlatli became the first Arab woman to ever direct a feature-length film in the Arab world. Set in 1950s Tunisia, in the waning days of French colonialism, Samt Al Qosour (Silences of the Palace) investigated issues of gender, class, and sexuality through two generations of women, in a candid style far braver than much of its Arab contemporaries.

I’m the child of Tunisian cinema. I learned with Tunisian directors. It gave me a lot, and that’s why I need to be there for it now.

Despite its critical acclaim (it won awards at that year’s Cannes Film Festival, Carthage, the British Film Institute Awards, Toronto Film Festival, and Istanbul International Film Festival), its rank as the 5th best Arab film of all time, and its status within Tunisia as an indomitable classic, the film is unfortunately in relative obscurity in the rest of the Arab world. 25 years after its release, Samt Al Qosourremains relatively unknown, especially when compared to the endless rolodex of Egyptian films of the time, most of which pale in comparison to its unflinching-yet-tender account of the triple violence of patriarchy, colonialism, and poverty. But the film represents more than a masterpiece of Tunisian (indeed, Arab) cinema. It was also the debut of Hend Sabry, the Tunisian actress whose prolific career in Egyptian cinema and TV has elevated her to a status a rung above even ‘household name’.

The young illegitimate daughter of a servant and mistress in a prince’s palace in the final years of the French protectorate of Tunisia, Sabry’s Alia in Silences is small and reticent, compounded by the fact that Sabry herself was only fourteen. Her first and therefore most monumental role, Sabry describes it as her ‘birth’ as an actress. So much so that, in 2011, when Sabry had her first daughter, she named her Alia. “It was my birth in the movie industry, my cinematic birth,” says Sabry. “So my cinematic name is Alia, it all started with Alia. So I think it’s part of my heritage to call my daughter Alia as well.” The film’s staunch positioning as politically motivated and socially progressive is something Sabry has echoed throughout her career in Egyptian cinema. In the 25 years since her debut in the postcolonial epic of Silences, Sabry’s Egypt-based tenure has seen her star rise farthest with similarly sociopolitical works.

...it all started with [my first role as] Alia. So I think it’s part of my heritage to call my daughter Alia as well.

From her first Egyptian film, the controversial teen drama Mothakerat Morahka (A Teenager's Diary) in 2001, to 2006’s ensemble social epic Omaret Yaacoubian (The Yaacoubian Building), to the TV-feminism comedy Ayza Atgawez (I Want to Get Married) in 2010, to her revolutionary portrayal of HIV in 2011’s Asmaa, to her 2017 portrayal of cancer in Ramadan hit Halawet El Donia (Life Is Beautiful), Sabry’s career is a constellation of art-for-a-cause stars. Today, Sabry is one of Arab cinema’s biggest names. In addition to starring opposite every superstar in the industry, she has received 25 awards, including the prestigious Faten Hamama Award for Excellence at the Cairo International Film Festival’s in 2017. She has also served as a juror, organiser, and honorary president for several international film festivals.

With two law degrees from the Faculty of Law of Tunis, Sabry has also been active in social and humanitarian work. Since 2010, she has been a WFP Regional Ambassador against Hunger. In 2013, she was listed as one of Arabian Business’ 100 Most Powerful Arab Women, and received the honorary title of Knight of the Order of Arts and Letters from France’s Ministry of Culture in 2014. In recent years, Sabry has by no means relinquished her grip on mainstream Egyptian audiences and blockbuster films. But - after years of what she describes as a cinematic stagnation in the small country - Sabry has reached back to her native Tunisia, taking an active part in the resurgence of a new, post-revolutionary Tunisian cinema. Hend Sabry visiting Syrian refugees in Lebanon in her capacity as a WFP ambassador, photo courtesy of WFP.

Her first post-revolution Tunisian film was made in 2015, when Sabry both co-produced (with her own production company, Salam PROD.) and starred in Zahret Halab (The Flower of Aleppo), directed by Tunisian filmmaker Ridha Behi and released in 2016. The film follows Sabry’s Salma, a Tunisian mother who travels into the heart of ISIS-controlled Syria to rescue her newly-ISIS-recruited son.

...they kill people with their own hands, and they become completely traumatised and scarred when they come back - when they come back alive. And we’re still living with this in Tunisia, we have to deal with it. And there’s a debate about reintegrating them into society or not.

“In 2015, when we made the movie, we had a big wave of Tunisians coming back from Syria. They were participating in the war, and no one really understood why. Because at the same time, Tunisia is very far geographically from Syria, and culturally different.” Hend Sabry in Flower of Aleppo.

In 2017, the number of Tunisians who had left home to fight with ISIS forces in Iraq, Syria, and Libya reached 6,000, by far the highest overall number, and the highest per capita rate in the world. Today, the country remains in the grips of a debate on bringing home the fighters, as well as innocent family members who remain stranded in camps in former ISIS territories.

“We thought a movie about a mother losing her child to a war...was very relevant. Because they are children. They’re 17,18, and they leave for war...And they kill people with their own hands, and they become completely traumatised and scarred when they come back - when they come back alive. And we’re still living with this in Tunisia, we have to deal with it. And there’s a debate about reintegrating them into society or not.” Hend Sabry in Flower of Aleppo.

With Flower of Aleppo - in addition to winning Best Actress at the 2017 Alexandria International Film Festival - Sabry has proven herself as even more than one of Egypt’s most successful and prolific leading actresses. In contrast to the blockbuster-focused, big-name-big-budget film industry that still rules Egypt, the resurgence of Tunisian cinema is of a different ethos, one focused more on auteur cinema, artistic sensibilities, and film festival circuits than standardised seasonal success. And where this creative clout lags, according to some, is the business side of the industry, the commercial aspect a jigsaw piece in the shape of Sabry’s stardom and experience. After the stagnation of the 2000s, when only two or three feature films would make it to cinemas a year, about a dozen feature films are made a year since the 2011 uprising that toppled Zine El Abidine Ben Ali. And - in more than a passing resemblance to Sabry’s most powerful work - filmmakers have been predominantly concerned with social issues, including women’s rights, state violence, and youth radicalisation.

Sabry returns again to Tunisian cinema this year, as the star of Noura Dreams (Noura Tehlam). The film, directed by Hinde Boujemaa, follows Sabry’s Noura, a wife and mother who decides to flee after meeting the love of her life, Lassaad, while her husband, Sofiane, is in jail. Sabry describes the film, which should be released in Tunisia by the end of 2019, as ‘a great adventure.’

“It’s a very social drama,” she explains. “If there were a reference, it would be Ken Loach [and his social realism]. Very social, very proletarian kind of Tunisia, a side of Tunisia that we don’t usually see in films...She’s a character that is very different from me, socially and culturally. A scarred woman. But she’s dreaming. Hence, ‘Noura dreams’.” 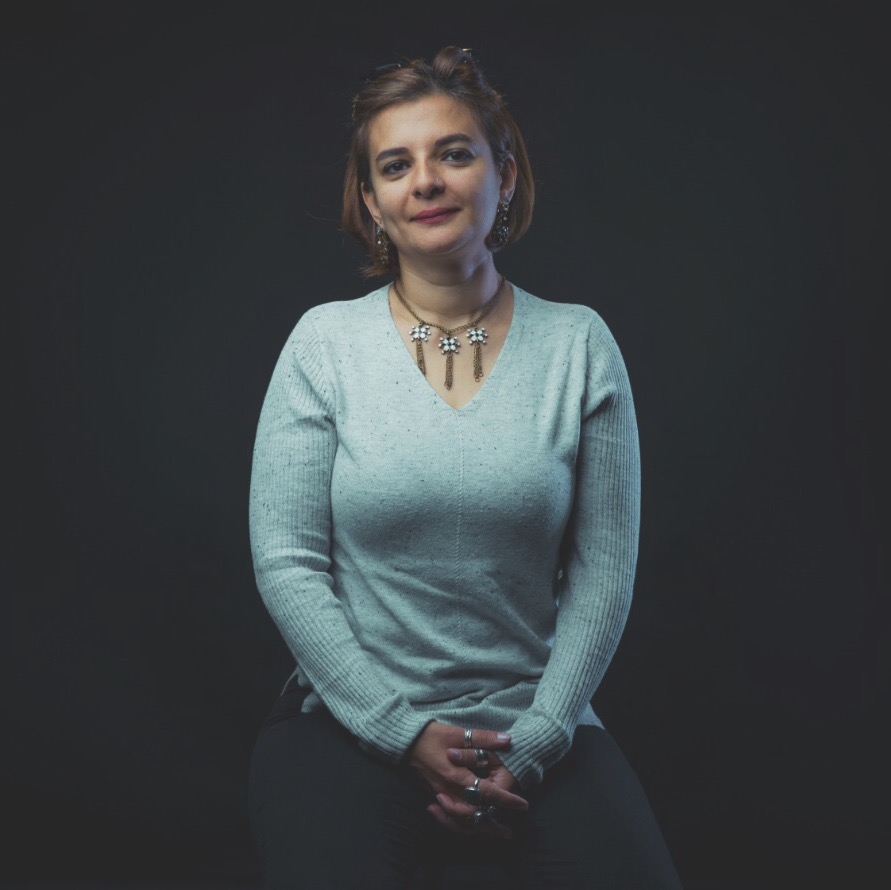 For the past six years, screenwriter Mariam Naoum has gripped mainstream audiences...