We journey with Shirin Neshat all the way back to when she first heard Oum Kulthum as a child in a small Persian town to the recent release of her film starring Yasmin Raies on the iconic singer. 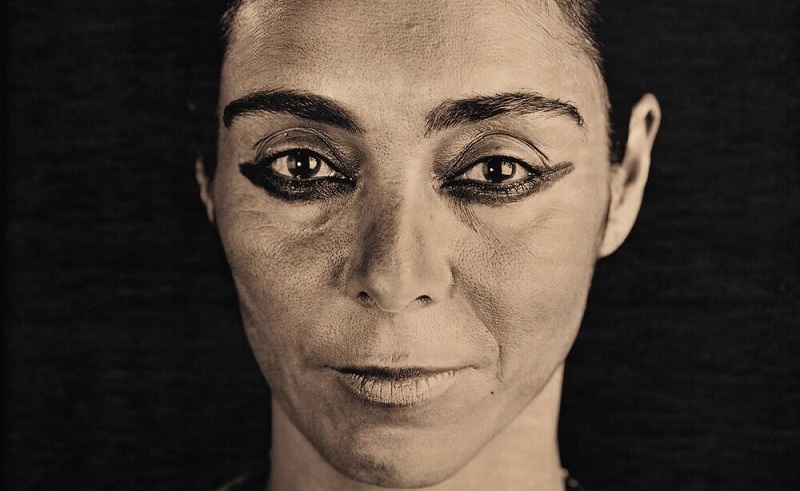 Egyptians tend to be, let’s call it… affectionate (read: possessive) when it comes to their national icons. Maybe it's in our DNA, or maybe it's just what happens when a group of people share the same land, history, and culture for thousands of years. A dated sense of nationalism - or even jingoism you might be thinking - and you could be right; it's a debatable statement given that every country is special in its own way. One topic that's not really up for debate in Egypt, however, would be the extraordinary diva that is Oum Kulthum. The iconic singer departed the world 43 years ago, yet remains an omnipresent figure in Egypt and throughout the world. And while we take pride in her undying world-stardom, and definitely don't mind sharing her with the world, we're perfectly clear on that she belongs to us and that she is ours, and ours only. All the above is merely scraping the surface of Oum Kulthum's deeply-rooted popularity in Egypt, which is why when an Egyptian autobiographical drama production on her life hit TV screens some 19 years ago, it was instantly a massive hit. Well into the digital age, her tracks on YouTube and Sound Cloud still bring in millions of views. She remains a daily fixture in Egyptian and Arab radio and TV broadcasters. Her story is ours, and the world has to see it the way we do. But the fact of the matter is, Oum Kulthum is so much more than Egypt's pride and joy.

In a fully traditional, conservative and male-dominated society, Oum Kulthum is a rare example of a female artist who didn’t have a traditional life, devoted herself completely to her music and her fans, and turned into one of the most successful Middle Eastern artists of the 20th century.

"Growing up in Iran, Oum Kulthum was a household name, particularly in the southern parts of the country where there is a heavy Arab influence," recounts Shirin Neshat, a New York-Based Iranian film-maker and director of the 2017 film Looking For Oum Kulthum; released last September to wide-spread critical acclaim. It was screened in several prestigious film festivals around the world, the last of which being Istanbul Film Festival last week, which the crowd went absolutely bananas for. Looking For Oum Kulthum was briefly screened at Cairo Days film festival in Zamalek last April, but sadly no further distribution is planned in Egypt.

"Most specifically, I remember hearing the voice of Oum Kulthum while riding in buses across the country. The drivers were obsessed with Oum Kulthum, even if they didn’t understand Arabic. In many ways, we related to Oum Kulthum because she resonated other Persian classical singers and stirred such deep emotions in us of longing, melancholy and pure mysticism," Neshat reminisces, "I'll never forget when I was a young child and the news came that Oum Kulthum had died. The whole country including my family went into mourning."

It was early 1975 when Oum Kulthum was carried to her final resting place through the streets of Cairo surrounded by four million grief-stricken Egyptians, in what became one of the 20th century's largest human gatherings. Later the same year, Neshat, aged 18 at the time, left to study arts at the University of California. Soon after obtaining her Masters of Fine Arts degree, she relocated to New York City, where her identity as a renowned visual artist really came together in the 1990s.

I'll never forget when I was a young child and the news came that Oum Kulthum had died. The whole country including my family went into mourning.

A lifetime later - in 2009 to be exact - it was a relaxed night in with an old friend which took her back to the voice that the child inside of her still yearns for. After listening to a few Oum Kulthum masterpieces, her friend turned to her and said, "You should shoot a movie about Oum Kulthum!"

"That conversation went into how my work has always been about the power of women, and how much music has played a role in my narratives. As soon as I returned to New York, I started to research Oum Kulthum, began to read about her biography, and before I knew it, Oum Kulthum became an essential part of my life for the following six years." As she landed in Cairo in what would be one of several trips she took while preparing for the film, Neshat took on a busy schedule trying to visit everywhere Oum Kulthum lived, performed, and had even been. She sought inspiration and insight by chatting with people she worked with, and she retraced the icon's steps all the way back to El Senbellawein, the small Nile-delta town where Oum Kulthum was born in late 1898.

Throughout her career, women’s empowerment had remained a driving force for Neshat as an artist and a single mother. Oum Kulthum may be a national Egyptian treasure, but her legacy stands witness to how powerful a woman can be.

"In a fully traditional, conservative and male-dominated society, Oum Kulthum is a rare example of a female artist who didn’t have a traditional life, devoted herself completely to her music and her fans, and turned into one of the most successful Middle Eastern artists of the 20th century," explained Neshat. "The film is telling us that, unlike men, in order for women to become successful they must make great sacrifices, including abandoning personal and nuclear family life."

The film is telling us that, unlike men, in order for women to become successful they must make great sacrifices, including abandoning personal and nuclear family life.

Before shooting, Neshat had no choice but to be very selective about her casting choices. When the popular Egyptian actress, Yasmin Raies, showed up for the role's auditions, Neshat found what she'd been looking for. As shooting approached back in 2015, Neshat was in talks with a number of production houses in Europe to join in funding the film. The tense political situation back then warranted countless rejections by insurance companies, which viewed Egypt as a risky location at the time. Compounded with the complicated permits' process in Egypt, Neshat had to decide on another shooting location. She eventually went with Casablanca, a popular location for shooting Egypt-set productions.

I have been attacked so many times by some in Arab communities for daring to make a film about Oum Kulthum as a non-Arab...

Some can get touchy about telling the story of Oum Kulthum from anywhere else other than Egypt, but this is not just a film about Oum Kulthum; it's one captured through the lens of a little Persian girl who grew up mesmerised by songs she couldn't even understand, a form of art that just made her feel something we can all relate to but would fail to put into words. Oum Kulthum is hers as much as she is ours. And while nationalistic notions and religious sectarianism have definitely done their part in highlighting our differences, Oum Kulthum's music remains a uniting force for everyone touched by her art, binding us beyond our inherited religious and national affiliations.

"I have been attacked so many times by some in Arab communities for daring to make a film about Oum Kulthum as a non-Arab, and for me, aside from the argument that Oum Kulthum has simply transcended her Egyptian and Arab status into an international star, and has turned into an idol for millions of women across the region, it should be acknowledged that an artist from Shia background such as myself - from a country that is in direct conflict with Egypt - has spent 6 years to make a tribute to a Sunni female artist. And I daresay that if there is one thing we all agree on in the Middle East, despite our religious and political differences, it's our shared love for Oum Kulthum." 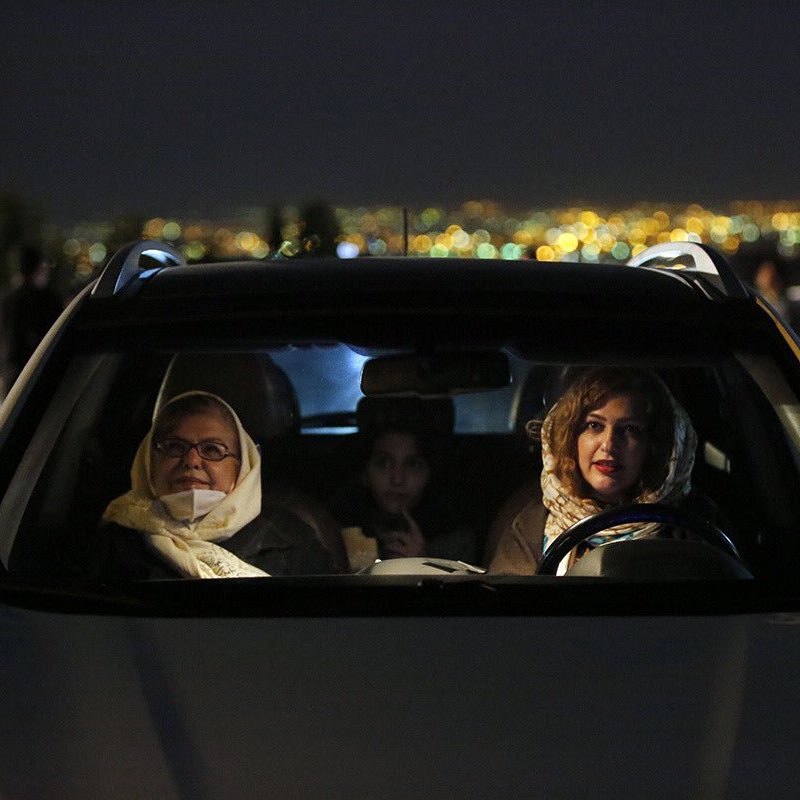 The coronavirus has brought back a relic of pre-revolutionary Iran: the drive-in...

Banned Since the Revolution, Drive-In Cinemas Are Coming Back to Iran