We speak with the trailblazing Saudi Arabian woman, fresh off her latest Netflix project Nappily Ever After, about breaking barriers, bearing criticism, and how the beauty industry is broken… 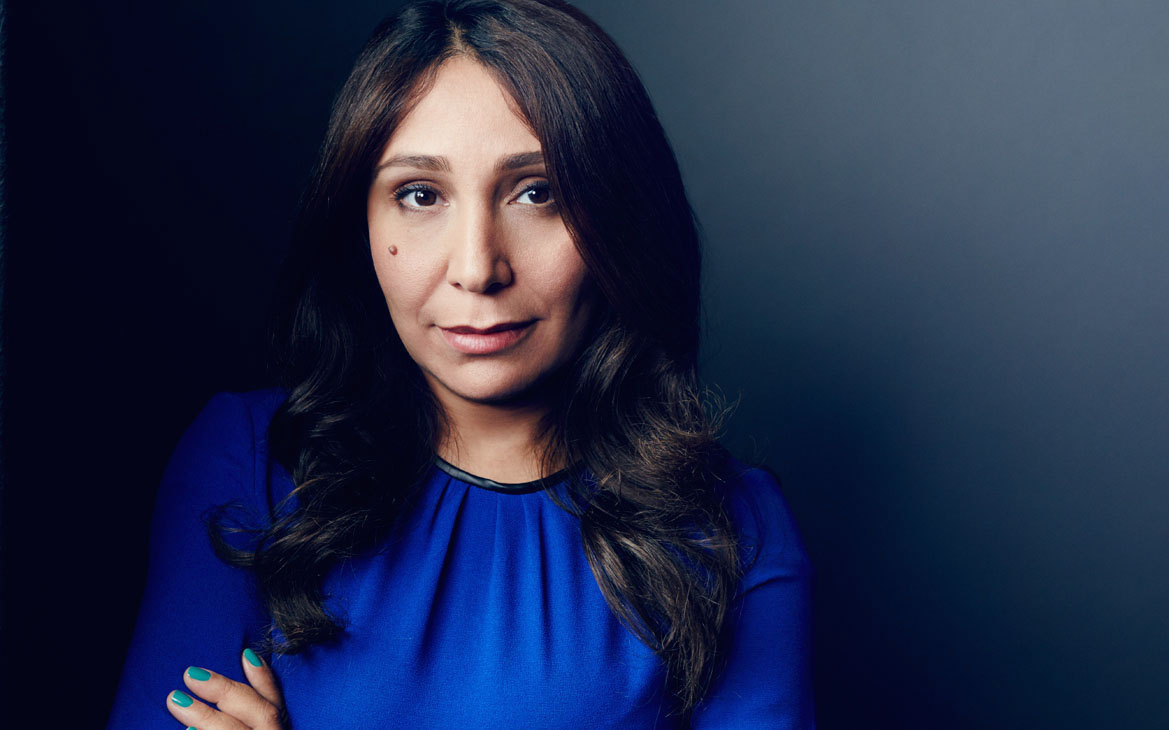 Al-Mansour grew up the eighth child of twelve, the daughter of two fairly liberal parents – anomalies in a society shrouded in conservatism. Her father was a poet and her mother wore a lighter veil than was expected in societal standards. “My parents never told me that you can’t do things and your brother can, it wasn’t part of how I grew up,” she reminisces, “Once I went to school, I confronted the bigger society and that's when I knew exactly what it means to be a woman in that place.”

I know how hard it is to be a woman, I know what it means for women to rebel against social norms because it isn’t easy

She left the kingdom to go study at the American University in Cairo and upon her return began to work on projects which were reflections of sorts on her feelings of existing within the repressive society of Saudi Arabia, films fueled by her disillusionment with the way women were treated in her country. “I know how hard it is to be a woman, I know what it means for women to rebel against social norms because it isn’t easy and I really appreciate it. For me, my family accepted that but for other females it’s still hard to break the conservative nature, so I really feel and admire that kind of courage and I wanted to tell those stories.”

After making a string of short films and documentaries that examined the restrictive lives of Saudi women which won her equal parts acclaim and infamy in the Middle East, the now 44-year-old director made global waves with her first feature film in 2012, Wadjda. The movie revolved around a young girl who entered in a Qu’ran recitation competition to win money for a bicycle she is forbidden to ride. It was the first full length feature to be shot entirely in Saudi – at al-Mansour’s insistence – and would become the kingdom’s first ever submission for Best Foreign Language Film at the Oscars. Al-Mansour had to direct all of it hidden in a van, giving instructions on a walkie-talkie. Now, the mother of two is the woman at the helm of two major Hollywood productions; Mary Shelley, an origins tale starring Dakota Fanning about the Frankenstein author; and Nappily Ever After, a Netflix production starring Sanaa Lathan, about a black woman struggling to disentangle her hair from her identity.

It was not in our hand how we were built but we should appreciate what makes us beautiful and special.

The latter, though sold as a rom-com, ends up being more bildungsroman of sorts, focusing more on the protagonist’s growth than on her relationship status; a (highly accurate) look at how women’s appearance can dictate their self-worth, the problems inherent in the beauty industry and media, and the emancipation one can attain when they shave off (literally) the gendered expectations that have been instilled in us for generations. From al-Mansour's new Netflix production, Nappily Ever After

Though both of al-Mansour’s movies this year are a world away from her strict Saudi upbringing and her own experience as a woman in the kingdom, they both continue to adhere to an undercurrent that dominates her work; that of women shattering barriers, disrupting the patriarchy, collapsing the roles society has set for them. Because whether you're Arab or American, whether you were born in this decade or in the 17th century, the experience of being a woman, and especially of being marginalised for being a woman, can be eerily similar. “I feel voices of strong women need to be heard," says al-Mansour. "I don’t think they are represented and I think there is a platform for them, there is a need for them, and I like to represent women, because it's good for the world to hear about the women who succeed but it’s also good for women to see themselves represented that way."

I feel voices of strong women need to be heard. It's good for the world to hear about the women who succeed but it’s also good for women to see themselves represented that way.

We speak with the trailblazing Saudi Arabia woman about her background, breaking barriers, bearing criticism, and how the beauty industry is broken…

What was the hardest thing about becoming a female filmmaker in Saudi Arabia?

I think becoming a filmmaker in Saudi in general is very difficult. It is hard to find finances  (maybe not as much now but before it was really hard), there is almost no infrastructure, there are not many people in the industry, (there are some people who work in TV but TV is different). And of course for females it twice as hard, after all, the society used to be segregated and people used to not take females seriously in leadership roles. But I do think this is all changing slowly now.

There was audience for me somewhere else as a woman from the Middle East because they wanted to hear from women from that part of the world.

I think becoming a filmmaker was more difficult than being a woman as there was no industry. There was audience for me somewhere else as a woman from the Middle East because they wanted to hear from women from that part of the world.

Many people consider you a pioneer given the fact that you're the first female director from Saudi Arabia. Do you think that affects the objective reception and critique of your work?

I’m sure it does, but I don't really try to put that pressure on myself. I really want to make films and I try to enjoy and have fun with it, and to have a hobby that gives me some sort of existence. I wanted to be who I am through film and I don’t choose a film because I feel pressured, it’s just because I love the story and the characters and I try not to think of how people will perceive the film as much as how much it would entertain them, and that’s what I am concerned about, nothing else. I'm sure, much like many other Saudi or Arab women who have broken barriers, you receive a whole spectrum of praise and criticism. What is your experience with this and how do you deal with it?

I appreciated the praise; I think it is nice to hear something nice every now and then. And I also appreciate criticism. I think it comes from a place where people sometimes feel their values are being threatened and I always want to respect conservative minds and I want them to respect me back. We aren’t always going to be the same within a society but we need to coexist and show respect. So I respect people who even disagree with me and I deserve their respect as well.

Nappily Ever After revolves around the - rather specific - experience of an African-American woman. Do you think an African-American woman would be best able to tell that story because it's closer to her and she has a more innate understanding of the experience, in the same way that an Arab woman would best be able to tell the story of an Arab woman's experience, or do you think stories transcend who is telling them?

I think there is a universal undertone to the story and it is every woman's journey even though it’s about an African-American woman. It’s more kind of, the pain caused by hair – it’s a symbol of a lot of discrimination. It is for all women who think of themselves differently because of their hair.

I learned how to blow-dry my hair when I was 10 years old – at a time when I should have learned how to paint or how to do gymnastics or something – and I didn’t like that.

In fact, I have heard of a lot of similar journeys, and definitely many stemming from the Arab world. In Saudi Arabia we don't have that Indian long lush thick hair; I learned how to blow-dry my hair when I was 10 years old – at a time when I should have learned how to paint or how to do gymnastics or something – and I didn’t like that. I definitely connected with the story and it touched me on a personal level.

In Nappily Ever After, hair, which seems like a trivial thing in the grand scheme of things, plays a huge role - as it actually does for many women in reality. Do you think this movie could potentially open people's eyes a little bit about the intensity of the beauty industry, the ridiculous lengths women go to to adhere to socially constructed narratives of what the media and the industry says we should look like? But more importantly, do you think addressing issues like this more in film will lead to change in global perceptions of beauty?

Definitely. I think it is also a trend now to be natural – a lot of people think it’s cool now to be natural and to be who you are and it is growing because we evolve. Women need to really appreciate real beauty, all beauty, not a certain type of beauty that is dictated to them. The European example has dominated the meaning of beautiful for so long; you have to be very tall, very slim, long hair, fair skin, and that's changing. It is very hard to overcome it completely but it’s been changing a lot and I hope this film is also part of the change to allow us to reflect on who we are and fall in love with ourselves. It was not in our hand how we were built but we should appreciate what makes us beautiful and special.

You can watch Nappily Ever After now on Netflix.
Main image courtesy of The Hollywood Reporter. 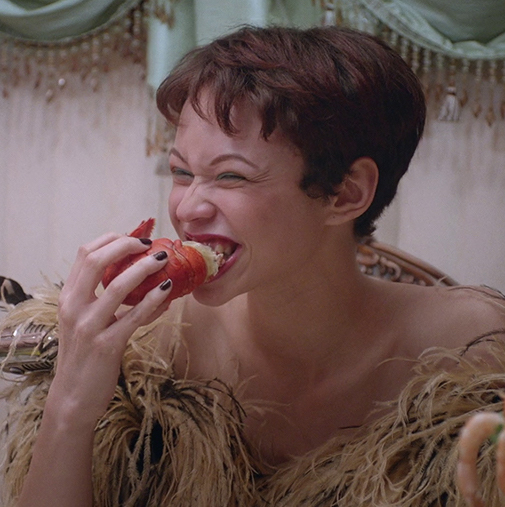