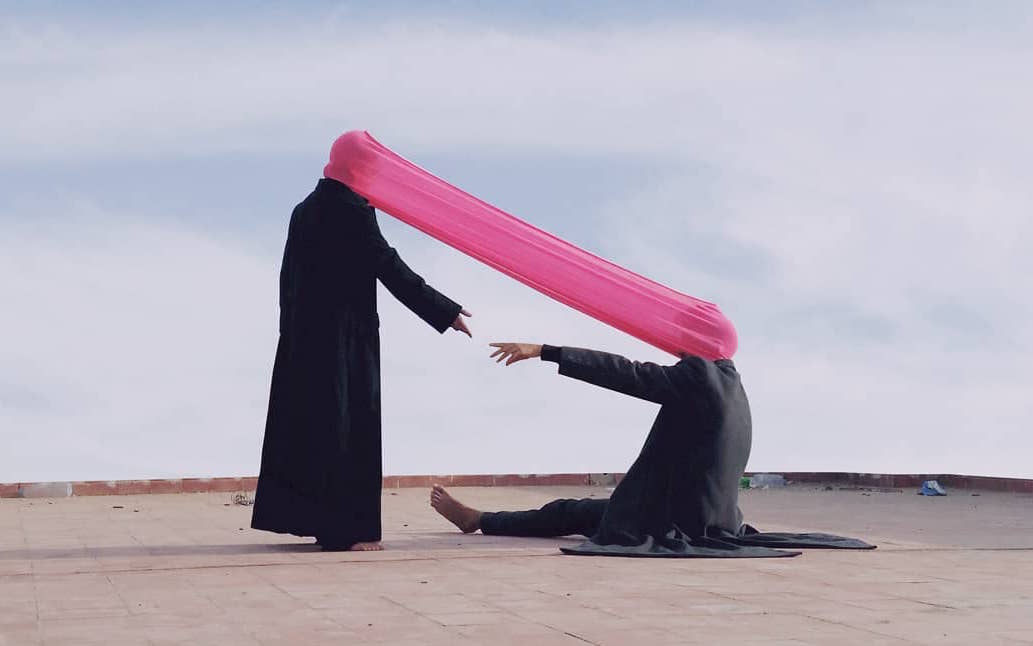 The Middle East has long attracted photographers from around the world who seek to capture either the wars that have erupted in its many corners, the somewhat fetishized oriental visuals that have been favourites for centuries, or its ancient artifacts and tourist attractions. Personally, I'm tired of seeing the Pyramids from a thousand and one angles, and while photographs of the narrow, winding streets of Khan Al Khalili in Cairo, the various deserts of North Africa, and the famous tannoura twirls and Sufi prayers make for some brilliant and mind-boggling shots, we've seen them. We've seen them a lot.

But what if an artist from Morocco chooses not to use any of these - undoubtedly aesthetically pleasing - visuals, but goes instead for the most basic and simple backdrops and props that would make it almost impossible to figure out where and why those photographs were taken?

My photos are inspired by the Arab culture in general, and the Moroccan in specific, but I did not want to abuse or appropriate it for my benefit. Moroccan artist Ismail Zaidy has vouched to reinterpret Morocco through his own cellphone’s camera lens, straying away from the many typical aesthetics of the Middle East and choosing instead to make use of the resources most accessible to him – including his family, household objects, and his camera phone – to paint his own distinct image of the culture and heritage of his home country.

I decided to take certain aspects of the Moroccan culture, like the clothes my grandma used to wear, and began molding them into my own world and giving them a modern twist. His photography simultaneously soothes and confuses the eye with beautiful, striking shapes and colours that seem to point to nowhere and nothing in particular, but are in fact rooted in the place that he calls home. “My photos are inspired by the Arab culture in general, and the Moroccan in specific, but I did not want to abuse or appropriate it for my benefit, and I wanted to grab the attention of people outside of Morocco, so I decided to take certain aspects of the Moroccan culture, like the clothes my grandma used to wear, and began molding them into my own world and giving them a modern twist,” says Zaidy.

He recounts the time he got his first phone, a Samsung S5 which he still uses for his photographs to this day, when he was 20 years old (he is now 23) as the moment that catapulted him into the world of photography, even though he had initially studied physics and economics at college. “I photographed everything in sight, but I had no style. It was a year later when I began to develop my own signature style and I’ve been working on it ever since then,” says Zaidy. That style can best be described as minimal – the word sounds self-explanatory, but what backs it is an entire art movement which emerged in the 1960s as a response to what was believed to be a rigid and often inaccessible scene. There was a desire among some artists of the time, such as American sculptors and painters Donald Judd and Frank Stella, to shift the focus of art on the purely visual and to use simple geometric shapes to argue for the need for art to have a reality in and of itself, and not merely be an imitation or reflection of something else (as in the case of still life and landscape painting).

I want to emphasise that you don’t need to photograph beautiful women or anything beautiful at all in fact, to become a professional and acclaimed photographer. Minimalism has not been as prominent in the Middle East’s art scene, but it has recently begun to take off as a trend in design, architecture, and even as a lifestyle. Zaidy, with humble resources, is making use of this movement. And this approach seems only to be growing in popularity and attracting viewers to Zaidy's feed every day, with his popularity culminating in his winning Instagram Account of the Year at the Maroc Web Awards in 2018, which is a competition held to support content creators and digital innovation and creativity, considered to be the largest web-based competition held in the MENA region. He strives to make use of what is accessible to him instead of stretching himself too thin and trying to meet the often unrealistic expectations of the art world. “I decided to focus on my family and friends and I want to emphasise that you don’t need to photograph beautiful women or anything beautiful at all in fact, to become a professional and acclaimed photographer. It’s enough that you look around you and you’ll find the right people [and places] to work with,” says Zaidy. It was all a product of experimentation. He experimented with his brother after finding it almost impossible to photograph models or people directly in the field, and he also tried his hand, for months, with different colors, shapes and materials to come up with the backdrops and aesthetics of his photographs. From then on, he came up with his own trademark style: a mixture of what is both personal and impersonal, intimate and remote, familiar and unfamiliar. You can see, in the photos, objects that we see everyday, but as Zaidy says to me, “no one has seen them this way before.” The scarves found in your mothers' or grandmothers' closets wrapped around someone's entire body, as though it is suffocating or, perhaps, embracing them. Wall and hand-held mirrors used at home, but instead of reflecting faces or the insides of a house, it’s reflecting the sharp sun rays outside in a piercing and magnificent stream of light.

Most of my photos relate to gender equality, or equality and justice in general. Zaidy uses the objects we see everyday, in very different habitats, mixing them with natural landscapes and adapting them to spaces and settings where they are not commonly found, resulting in strange and, at other times, unsettling images. The setting of Morocco then becomes gently and subtly twisted, flipped on its head. What is inside moves outside; what is outside moves inside.

Some can think of my photographs as political, others can only see their beauty, and others can simply think they are meaningless. But the politics of the place are not completely erased or removed from the equation. “Most of my photos relate to gender equality, or equality and justice in general. This photo [below], for instance, reflects the issue of accepting another, or accepting difference – we might feel the same way about something or share a similar idea but because we’re not of the same nation or tribe, I won’t accept or discuss it with you and that leaves us both feeling alone and empty in the end.” One photo, however, will come across with different meanings to each person - as is the case with any artwork, but especially so when it comes to minimal art, which leaves more room for interpretation with what little it offers. “From another perspective, it can also address the issues that face artists in Morocco. Artists here are marginalized. They are not valued the way they are in other places of the world.” And for Zaidy, whose intentions are all but linked with his own passion for photography and for making art that is beautiful, different, and paints Morocco in a new light, his intentions will be met when people pause for a moment upon seeing his photographs, appreciate them visually, and feel a little bit better than they might have been feeling before. “This is, in the end, a matter of perspective. Some can think of my photographs as political, others can only see their beauty, and others can simply think they are meaningless.”

6 Arab Travel Couples That Will Give You Instant Wanderlust 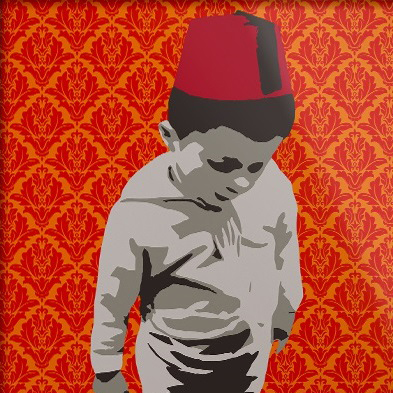