Libyan artist Alla Budabbus continues to clutch his brush, in the hope that, one day, when the bullets stop flying overhead, he will have given Libya a new colossus. 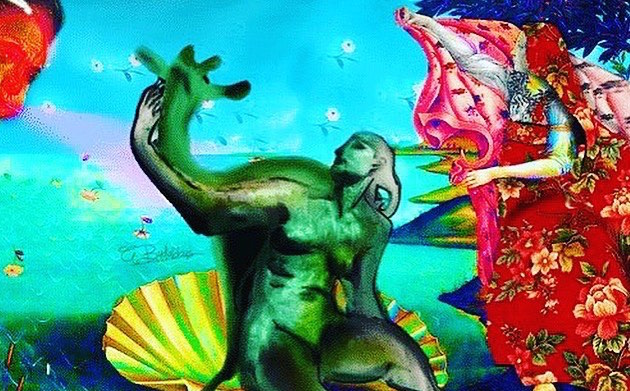 Libya was hijacked long before its iconic Nude Gazelle statue was torn from its plinth. Long before its heritage sites were looted and its holy places desecrated. Today is just another day in the unfolding history of this war-torn nation. Libya’s decades-long struggle for freedom, peace, and justice has taken its biggest toll on the country’s burgeoning art scene. Yet Libyan pop artist Alla Budabbus continues to clutch his brush, in the hope that, one day, when the bullets stop flying overhead, he will have given his country a new colossus. “I think the Libyan crisis brought out the artist in me, if you will, art being my sanctuary to run away from the crazy world outside,” he muses.

Famed for his Haja Hurryia – a pop art piece that reimagines a Lady Liberty clothed in a traditional Libyan garment, Budabbus’ acerbity has always guided the strokes of his brush. And it has served him quite well. Haja Hurryia was selected by the Benetton Foundation to be the cover image of its Libyan Imago Mundi International Catalogue Project in 2015, and earned him Arthouse.NYC’s Peace de Resistance award for best artwork in 2017.

A civil engineer-turned-graphic designer, Budabbus now owns Bridge Media, a Tripoli-based marketing and advertising agency, where he also serves as creative director. His venturing out of the realm of commercial art was more of a chance occurrence than a conscious decision. “To be honest, I don’t have the foggiest idea how I became an artist. All I know is that I have always been fascinated with colours and fashion and automobile magazines,” he says whimsically. “My beginnings were when I started posting some of my work on my private Facebook page, and then my friends suggested I should share it with the world. That is when I launched my AB.Art page, and the feedback was overwhelming.”

I don’t think [my work is political], I just express my anger and frustration towards certain issues. Other issues I addressed in my work are the way we look at things like freedom, liberty, and Liberalism, as well as the effects war has on women and children.

Budabbus has no illusions of grandeur – at heart, he is just a human being who soaks up the world around him, then synthesises it into colours and shapes, so he decided to meet art halfway. In an increasingly egalitarian world, art is no longer a means of exalted self-expression hidden in the vaults of the rich and powerful, but rather mass produced identity politics on a computer screen or on the walls of an inviting hipster art space. That is Budabbus’ sweet spot, where pop meets art and people are insignias. “Usually I do not use [motifs], but when I do, it will probably be Western icons, like Marilyn Monroe, Prince, or Adele,” he says.

A not-so-committed provocateur, Budabbus views life as one big caricature. Occasionally, however, he will pull his tongue out of his cheek and put on a serious face, and his levity will then take a backseat to derision. It is an attitude he reserves for those he truly hates. His disdain is almost palpable in his portrayal of Trump’s America. “I don’t think [my work is political], I just express my anger and frustration towards certain issues. Other issues I addressed in my work are the way we look at things like freedom, liberty, and Liberalism, as well as the effects war has on women and children,” he explains.

My goal is to revive and put Libya’s rich culture back on the map. I use Libyan proverbs, poetry, and textile elements in my work.

Flicking through Budabbus’ Instagram feed takes you on a hyperlapse of the last two decades; it is a visual rhetoric of globalisation and consumerism, two things on which he is an expert by virtue of his occupation. He lusts for those shiny bright things as much as the next North African millennial, the only difference is he refuses to strip them of their cultural context. “You’ll hardly find one of my pieces in which I don’t make a reference to [my Libyan] heritage. My goal is to revive and put Libya’s rich culture back on the map. I use Libyan proverbs, poetry, and textile elements in my work,” he says.

And put contemporary Libyan art back on the global map he did. When his work made it to France’s L’Eclectique magazine and the walls of London’s P21 Gallery, Budabbus briefly managed to offer a different pictorial representation of Libya.

In his mission to restore Libya’s heritage, Budabbus and his peers have no regard for the time conundrum, they will attempt to turn back time. They will fall into selective amnesia and act as if Angiolo Vannetti’s Gazelle and the Beauty is still standing watch lest someone swoops in and robs Libya of its heritage in the dead of night. They are bound to succumb to the heart-breaking reality that the damage is done and that it is irreparable.

So instead, this generation of Libyan artists has to race against time and salvage what is left of Libya’s ethnically diverse history and ship it to London’s P21 gallery, for its upcoming exhibition Retracing a Disappearing Landscape's exhibition. Set to take place from March 29 until May 15, 2018, the interdisciplinary exhibition will display artwork, installations, films, and photography that portray personal histories relating to modern day Libya and explore the country’s national identity.

However, the collective – including Budabbus – need your help in raising money to cover shipping, framing, technical support, travel, accommodation and more. Find out how you can help here.

Wednesday Addams is loosely based on her. Airborne neurotoxins were her idea. 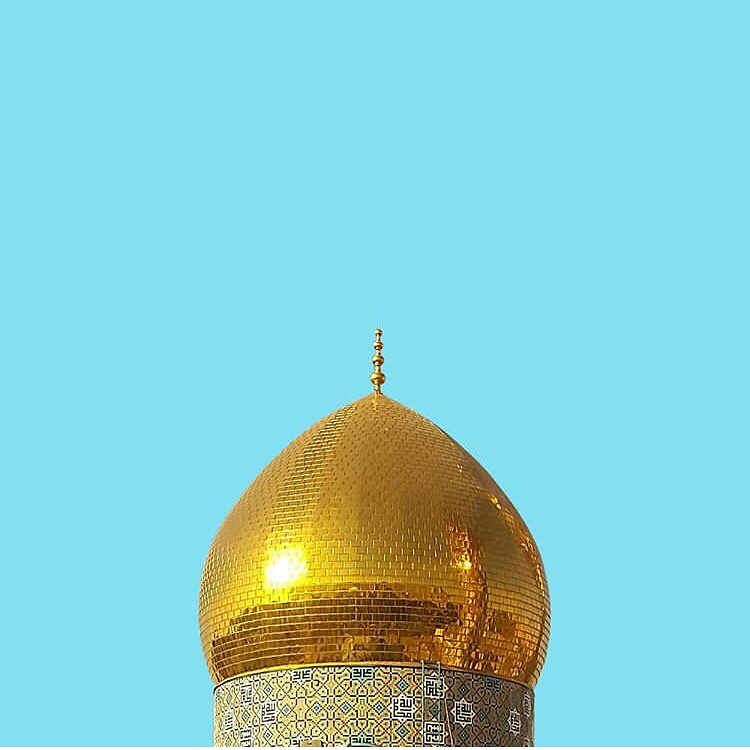