The actor is in the middle of his biggest year yet, with two roles in international films, an Arabic series, and an Egyptian underwater film in the making. 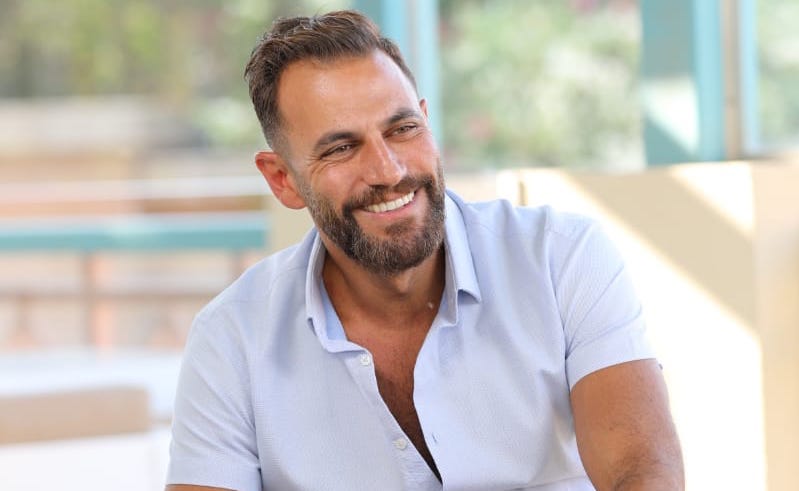 Lebanese actor Nicolas Mouawad has been a star on the rise for years, first making impact on the international stage in 2013, when he received Best Actor award at London International Film Festival.

This year, the Beirut native has landed roles in two international films, both biblical. Mouawad is set to play Jesus in the internationally co-produced ‘Jesus and the Others', and Prophet Abraham in American feature film ‘His Only Son’— a lead role in a story following the prophet’s journey to sacrifice his son and an exploration of the tenacity of faith and fatherhood which is set for release in 2020.

“The hardest part for me about ‘His Only Son’ was playing Prophet Abraham and trying to bring him closer to us, to ground him. Of course, prophets and religious figures have their own kind of stature and respect, but I cared more about reminding people that he’s human,” Mouawad tells us in a calm and serene spot in El Gouna, Egypt during the week of El Gouna Film Festival, one of the biggest film festivals in the region, only in its third edition this year.

Mouawad was selected for this role out of 1,700 candidates from around the world, and his gratitude for the opportunity comes through in his discussion of the film, the cast, and the crew — especially considering the fact that these opportunities tend to come with some baggage.

“I was so grateful to the producer who went through with this knowing the hassle of the endless visa procedures [in the region] and making sure [the high] expenses were covered,” says Mouawad.

Besides both these roles, the actor is also starring in Egyptian film ‘Mako’, set for release in December of this year. The film is the first to be shot entirely underwater in the Arab world. From this groundbreaking film, to challenging himself in a comedy role in Egyptian TV series ‘Teleat Rohi’, Mouawad has been quite the experimental actor.

“It might surprise some people, but for me, Teleat Rohi was the hardest project. I’d never taken on comedy before, and it is a lot more challenging than people think,” says Mouawad. “It’s hard to strike a balance with comedy. It can either go really well, or the product can be cheap and cliche, so that was worrying, because it’s a problem especially in Arab cinema, but what encouraged me was the director, whose vision I really had faith in.” When it comes to cinema, Mouawad is, at the end of the day, a huge cinephile, and spoke with excitement about how El Gouna festival served as a platform for him to discover people and films in the industry he never had access to before.

“As someone living between Lebanon and Egypt, I would never have gotten the chance to watch a Sudanese film. But this festival allows this to happen, and cultural exchange and diversity play such huge roles in the festival that I think they’re at the core of what makes it so rich. People go home having had something added to their lives.”