This year, Arab American Heritage Month will be a digital celebration of the diverse population of Arab Americans, their culture, and their achievements. In that spirit, we've created illustrations of 8 influential Arab Americans who flourished through their own digital spaces. 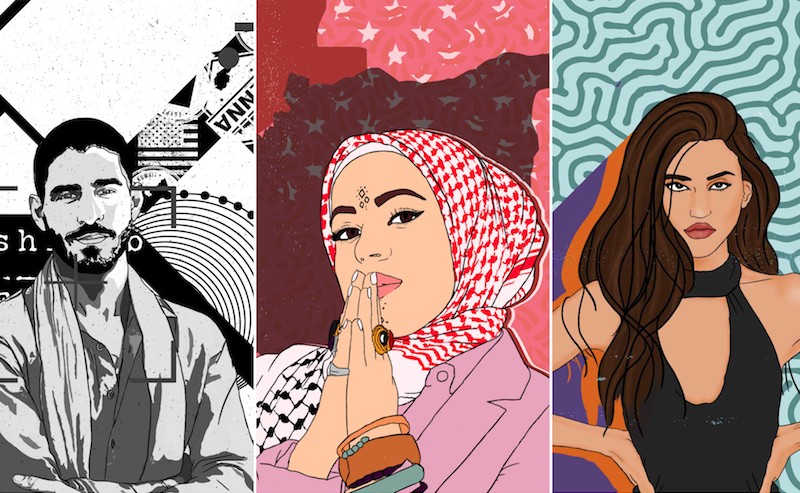 Since 2017, April has been designated Arab American Heritage Month - a month where the massive, diverse population of Arab Americans celebrate their rich history, their achievements, and ultimately, their existence. Usually, these celebrations take place across a number of platforms, most important of which are the on-ground events where people are invited to gather and experience the many dimensions of Arab American culture, whether that's through food, music, or film. But this year, it sadly falls at a time when the coronavirus global pandemic continues to sweep the globe, with the US, in particular, being the country hit the hardest in the world.

Thankfully, Arab Americans have hardly been strangers to the digital realm, where events of all kinds - from concerts to film festivals - are now taking place amid a worldwide urge for people to practice social distancing and stay home. In fact, many Arab Americans - mostly second-generation immigrants, who were born and raised in the US to parents who immigrated from the MENA region to the US - have found their voices through the digital spaces they’ve inhabited, and, whether it's through blogs, vlogs, or or social media, have used various online platforms to tackle, head-on, the full gamut of issues facing Arab Americans over the years.

An estimated 4 million people identifying as Arabs in the US are currently recorded by the Arab American Institute. Living across the US, often in concentrated communities and neighbourhoods, many have been victims of hate speech, race-based attacks, and even surveillance. But there has also been an increase in opportunity and representation, especially with the tech boom in the late 1990s, which saw a rapid increase in tech-related companies, and with it, a huge wave of Arab immigrants moving to the US. And Arab Americans, in spite of the precarious situation many of them continue to be in - with Muslim bans, threats of deportation and rising costs of living - are holding very tightly onto those spaces they’ve worked tirelessly to make for themselves.

One way through which that has been made possible is social media and the myriad digital spaces they have created in their effort to make their voices heard in a context where they are often systematically othered and pushed to the margins. For Arab American Heritage Month, we chose to highlight some of these influential figures, who through social media and the digital realm, have gone viral, tackled the many skewed Western perceptions of the Arab world and Arab identities, and in the process, created a space for many more Arab and Arab American voices to be heard. From journalists to comedians, activists to musicians, scroll below for 8 Arab Americans, represented in illustrations, who have made an undeniable impact using the digital realm. A living, breathing example of the complexity and irreducibility of Arab identity, Ahmed Shehab El Din has long identified himself as "Palestinian by blood, American by birth, Kuwaiti by nationality, Egyptian by upbringing, and Austrian by adolescence." A journalist and a larger-than-life media personality first and foremost, Shehab El Din went beyond even the impact he’s made telling stories about the Arab world on some of the world's most influential of platforms, including The New York Times, HuffPost Live (which he co-founded), VICE, and Al Jazeera, to designating his social media presence to reach both Western and Arab audiences with defiant and unflinchingly disruptive stories about the often misrepresented cultures of the Arab world. "The perception that exists about the Arab world is that it's scary, dangerous, aggressive, and incompatible with the West, so I think we have to unite and find what unites us in order to have a stronger voice and bring about change," he told Scene Arabia in a 2017 interview. One of the first and undoubtedly most influential women to carve her digital space through a hilarious, honest, and incredibly subversive blog - and subsequent vlog, Instagram and TikTok - 34-year-old Faiza Rammuny has long served as an empowering voice for Arab women. Starting off with a boundary-pushing blog - titled Expired n’ Fabulous, a name which has pretty much garnered a life of its own and which Rammuny became most known for - Palestinian-American Rammuny’s unique voice lies somewhere between comedy, radical honesty, and an intense unravelling of the darkest - and funniest - sides of the ‘MusRab’ (Muslim/Arab people in the US) community.

Sharing her own experiences with toxic masculinity, (Arab) parental expectations, and even abuse, Rammuny quickly became a force to be reckoned with for many an Arab millennial. “I think that comedy is one of the most effective ways to start so many much needed conversations and bridge the gap between people from different walks of life,” Rammuny shared with us in 2018. “My videos open up a dialogue about things that need to change with MusRabs, while still allowing us to laugh at ourselves, but also it shows the world that MusRabs are like everybody else.” “I remember going to school when I was 10 years old in Boulder, Colorado, and the first thing I was told by a boy in my class was ‘is Osama Bin Laden your uncle?’" Israa Chaker shared with us in an interview last year. Chaker is a civil rights activist, campaigns and advocacy expert, and speaker who has spent the bulk of her career working against discriminatory policies like the Muslim ban and family separation at the southern US border. In 2017, she made headlines for bringing refugees to Trump’s childhood home in Queens to share their experiences, and she has also consulted with Netflix and Grey’s Anatomy on the portrayal of Muslim and Arab American characters. Her 200k-follower-strong Instagram, IsraSpeaks, is a central platform where her activism is documented, her criticism of American politics and islamophobia expressed, and her championing of Arab American voices publicised.

“I am an unapologetic, Syrian-American, visibly Muslim woman,” Chaker told us. “And all those identities are under attack by this current administration and by the current president of the United States.” In an honest and open dialogue, Chaker uses the digital sphere as a megaphone of sorts where she sheds light on the issues facing Arab Americans, immigrants and refugees, and provides tangible ways of addressing them.

"If some random person I don’t know on the internet thinks that I’m shaped like a fridge…what the fuck does that matter?" Nadia Aboulhosn told us a few months ago. A breakthrough empowering female voice, Lebanese-American model, blogger and designer Nadia Aboulhosn has been using social media for the better part of a decade to tackle one of the biggest issues affecting Arab - and non-Arab - women today: beauty and body size. She has modelled for Seventeen, American Apparel, Teen Vogue, and Good American, and collaborated on fashion lines with the likes of Boohoo and Lord & Taylor. But what has truly set her apart is her no shits given attitude and willingness to be not only unfiltered, but entirely unapologetic about her weight.

With a blunt, honest, and confident attitude, she takes to her Instagram - which has garnered a 600K+ following - not only with the polished products of photoshoots - although those are also in a league of their own, a pioneering feat for an Arab who’d be considered “plus-sized” in an industry that exclusively employs size-zeros - but also jokingly taking on her everyday struggles with body hair, and flaunting her post-workout, no-makeup looks with incredible flare and with a desire to craft a space for herself that the modelling industry did not offer her, nor social media often saw. Occupying a similar space on social media to Shehab El Din, Khaled Beydoun is a law professor at Arkansas University and an author of a game-changing book, American Islamophobia, which dissects the systematic racial discrimination and legal marginalisation of Muslims in the US since well before 9/11. Not stopping there, though, his multiple social media platforms are used as a virtual extension of his book, where he raises awareness about the plight of Arabs and Muslims everywhere, even beyond the US. His tweets and virtual calls for action have been active efforts in publicising political events that, otherwise, would be buried under mountains of narrow media coverage about the region. Syrian-American rapper and poet Mona Haydar went viral on the music scene since the release of her single, Hijabi (Wrap my Hijab) in 2017, which shattered stereotypes about veiled women and became a defiant ode for hijabis everywhere. Her eccentric and loud and proud music videos have reached millions of views on YouTube, and have been viral sensations one after the other. She was raised in Flint, Michigan as a second-generation immigrant, and now has two young sons and a mission to champion minorities - both Muslim and otherwise - through her music and her proud displays of heritage via her music videos. Mohammed “Mo” Amer is a Kuwaiti-American comedian and actor of Palestinian descent, and his success has been largely effected through his presence on various digital platforms, most notable of which was the global streaming giant, Netflix, with a standup special aptly titled The Vagabond, which premiered in 2018. His comedy draws from his personal experiences as an immigrant to the US, where he unravels his and others’ daily plights - specific to the Arab experience - with humor, sarcasm, and endlessly relatable material. Palestinian-American (sit-down) stand-up comedienne, actress and activist Maysoon Zayid shot to fame after her Ted Talk in 2013 went viral, garnering over 10 million views. Since then, she has taken to social media, specifically Facebook and Twitter, with her comedy/activism - which, in her case, are both inextricably linked - tackling everything from disability rights to her own experience with cerebral palsy and trying to break into the acting industry with the many barriers used against her, from her ethnicity to her gender and CP.

Her comedy revolves around both the importance of representation (of Muslims and disabled persons) in media, as well as the Israeli occupation. "It’s hard to hop on stage and be funny when Israel is carpet bombing Gaza, but I have found a way to educate people about these atrocities through my comedy," she told us in an interview, where she also concludes that spinning these very real issues that impact her directly into comedy is important, movingly stating that "if I didn’t laugh about life in Palestine, I’d never stop crying."

All illustrations were made by Khaled Bahaa for Scene Arabia.

How (Not) to Quarantine & Fight Coronavirus in Egypt 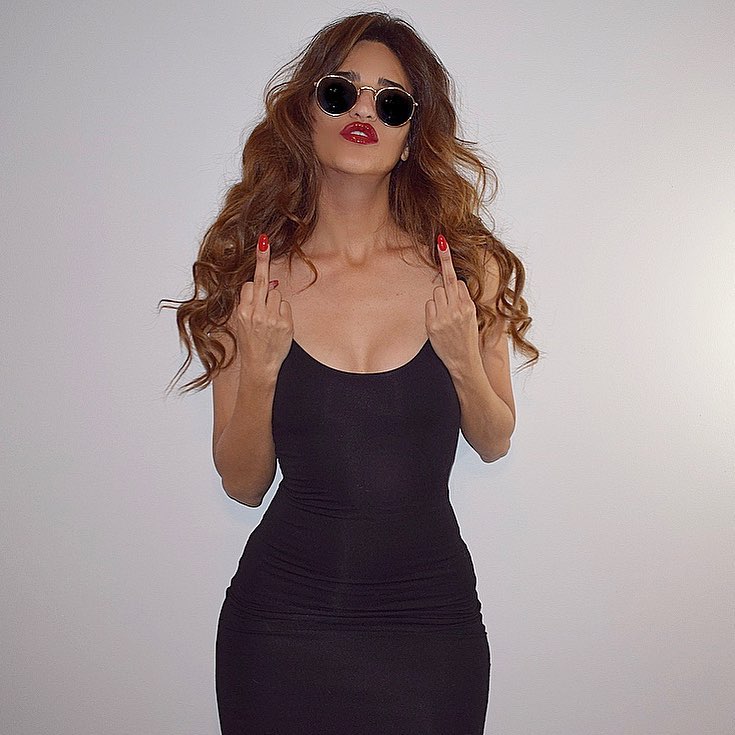 We sit down for a candid conversation with Faiza Rammuny, the Palestinian-American... 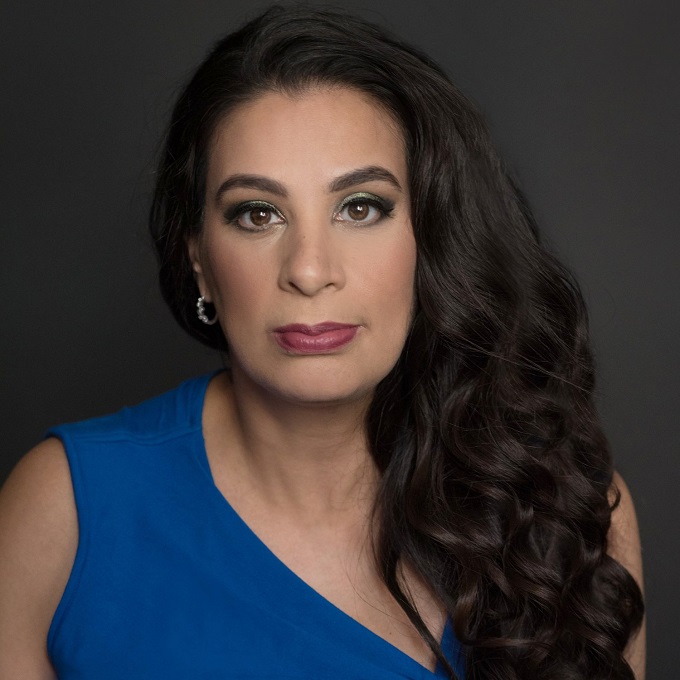 We speak to Palestinian-American actress and stand-up comedian Maysoon Zayid on her... 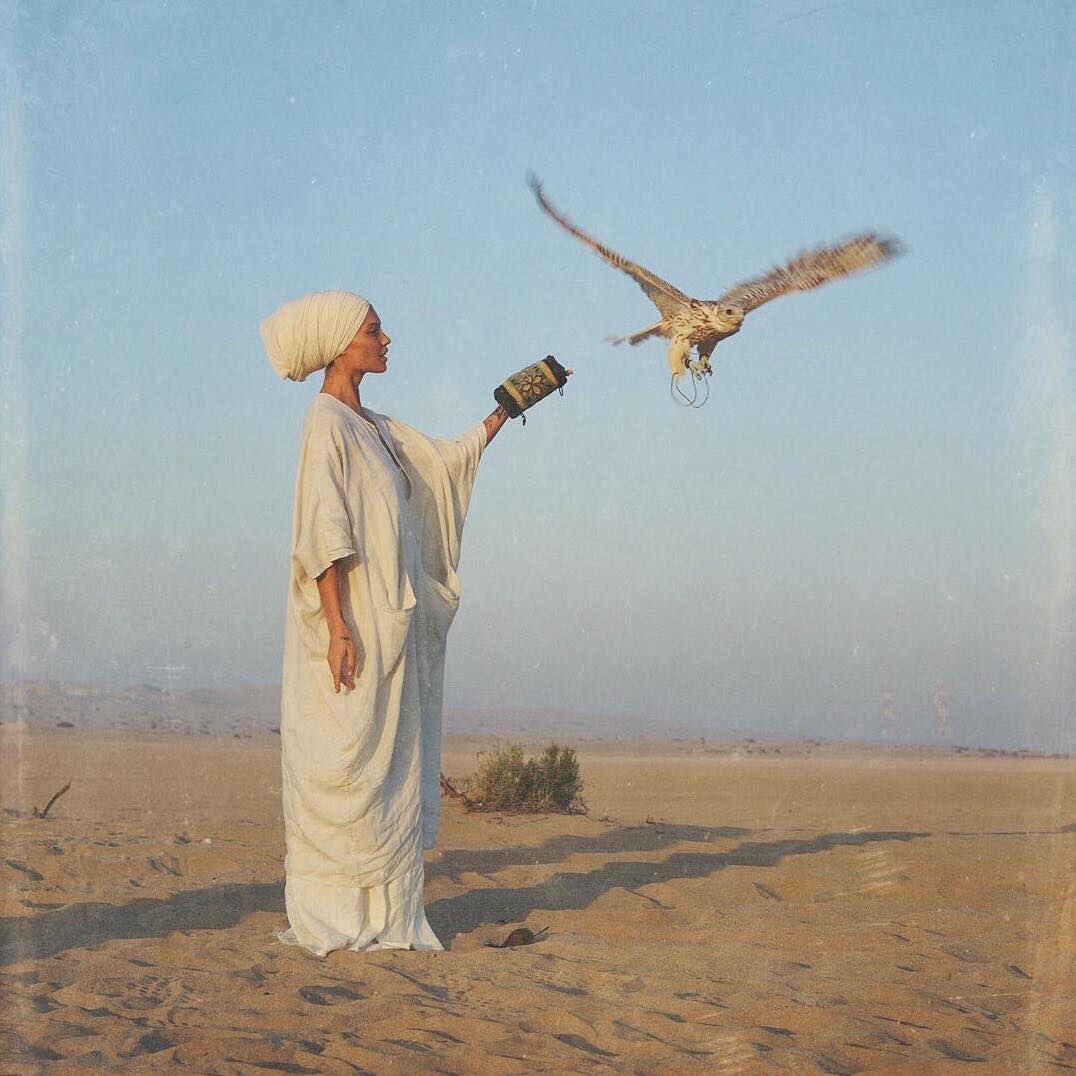 Swiss-born photographer Yvan Rodic - aka Face Hunter - has been a staple in the...