We speak exclusively to the Irish-Iraqi curator, writer and founder of Habibi Collective, Róisín Tapponi - a pioneer in digital archiving of films from the MENA region, with a platform that continues to champion diversity and representation. 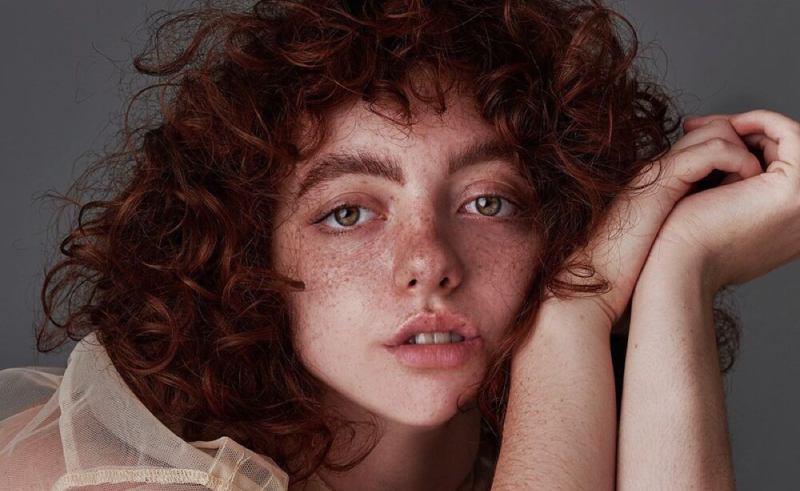 My first encounter with Róisín was at her most recent screening event, before the pandemic took the world by storm. On January 26th, I headed towards rainy North London for an exclusive night of female Lebanese cinema organised by Róisín’s Habibi Collective. The place was cosy and intimate, characteristics she values when picking venues to create a safe space of getting to know one another. Her altruistic nature was quickly revealed by the way the event was structured: she spoke a few words to welcome us, and instantly reoriented the spotlight on the films, to allow the audience to be immersed in the experience. Conversations were heard in clusters and people were excited by the promise of the evening. The joyful noise didn’t stop, until the room went dark. Tapponi started Habibi Collective back in 2018 as a sanctuary of digital archives of MENA cinema led by female filmmakers. At the time, interest in Arab films made by women had just started to grow and her mission was to curate a curriculum that showcases this genre. The Instagram account, run by the founder herself, features stills and clips from different female-directed films from the region, inciting its 16,000-plus followers to engage with material that isn’t part of the mainstream. The goal is to stand out from the work other institutions do by promoting inclusivity and proposing an ethical paradigm of distribution.

“I run a very strict politics of production, I’m very political about how I work,” she says, explaining that the political side of the industry expands beyond production, to the point of distribution, where some organisations struggle to reach their full potential due to geo-blocking and censorship. The industry mediates what can be shared and conditions access to certain stories. “Even when the film isn’t particularly political, getting it shown is a nightmare, and that’s the case for a lot of MENA films.” Habibi Collective functions in hopes to break this system. Part of the Habibi mantra is organising screenings all over London, a process which revolves around multiple ethical considerations. Tapponi remains mindful of the work she showcases and the audience she wishes to attract. As her repertoire of films grows with time, so does her network. She has amassed a number of friendships with filmmakers from various projects and exhibitions. “My mission is to show films that are undiscovered but are still really good, and that comes from having strong knowledge and a network.” This makes her wonder if perhaps her favourite thing about all of this is the community that she built, a web held together with threads of genuine connections and a constant distribution of ideas. “It’s important to show films that are new by unknown filmmakers, not just the classics,” she explains. “It’s been amazing watching these filmmakers become as big as they are now. Having these intimate relationships and building a community that didn’t even exist is so affirmative and life-giving.”

She hopes to grow this valued sense of community and visibility through Shasha, her new passion project and an independent streaming service for Middle East and North African cinema. Set to launch in December of this year, she wishes to build this platform into a space of representation, to champion these communities in all of their diversity. “I can’t control what people watch, but I can guide them and encourage them.” By creating Shasha, she is actively looking to challenge conventional forms of representation by forming long-term engagement with her audience. “It takes active engagement, but it also takes people themselves to start seeking and creating their own archives and tracking their own histories.” She aspires to reconstruct existing narratives, by establishing a bigger and more impactful exposure to exceptional stories.

“There’s definitely something happening. People in the Middle East who weren’t engaging with cinema are now.

When I asked her if she believed we were living in a ‘Golden Age of Cinema’ in the MENA region, she replied: “There’s definitely something happening. People in the Middle East who weren’t engaging with cinema are now. I think it’s this growing popularity that facilitates more films being made.” She also predicts there to be a move online, as the pandemic highlighted the importance of accessibility and revived the necessity to digitalise. “A lot of programmes that need to be watched in the region are being produced and shared in the West, mostly for the diaspora,” she explains, presenting Shasha as a space where both ends meet.

A platform comes with a lot of responsibility, which Tapponi confidently points out. Throughout the interview, she never fails to acknowledge her privilege, especially being based in the UK. However, she realises that things are bound to change with Shasha, and that she will be acquiring a new role. “Now I have this new responsibility: how do I navigate the politics in the region and how do I contribute to reflecting these politics onto my platform? "The gender politics particularly in the Middle East are always reflected in the industry,” she said, as an example. “When women don’t have the same access to production or distribution, it shows. But that will definitely change, the binary will no longer be so clear-cut.” In her opinion, these are the elements that make films from the MENA region so thought-provoking, or in her words, such an emotional experience. “For instance, making a film in multiple communities is a life or death thing. No matter what period of time we’re living in, there are going to be troubles in filmmaking. It’s when those problems in production come in the forefront of these films that it becomes really impactful for the viewer.”

“I don’t want to make my screenings academic, I want them to be accessible

The number of platforms available similar to Habibi Collective and Shasha is underwhelming, but to Tapponi , it’s a matter of trends. “My biggest inspirations in film are film archivists. Everyone wants to be a director, but no one’s willing to do the dirty work and actually make a space for these films to be made and seen.” The way these films are showcased conditions the audience’s response to them, which could either lead to a wonderful learning experience or an overcomplicated mess. “I don’t want to make my screenings academic, I want them to be accessible,” she shares, “because my head is always thinking: how do I make something for people like me?”

But what is Róisín Tapponi like? From what she shared, her career takes her back to fond childhood memories, watching Middle Eastern films in a remote town in Ireland by the stove to keep warm. As a writer and curator, she seeks stories but most importantly she loves to tell them. When she is not working on Habibi Collective or Shasha, she’s curating an event somewhere in the world, or running her critical art magazine. She believes in independent, grass-roots work; it takes a village to do her job, but she does it by herself. She dedicates her all into it, and as she puts it: “Even when I sleep, I’m dreaming of cinema.” And that makes all the difference.

You can follow Habibi Collective here and stay up-to-date with all things Róisín Tapponi here.