Colour, Light and Wonder: A Visual Journey into the Philosophical Meanings of Islamic Art

In this book, the use of colour and light in the architecture of mosques and other Islamic landmarks is married once again to the philosophical and religious concepts that constituted their inception. 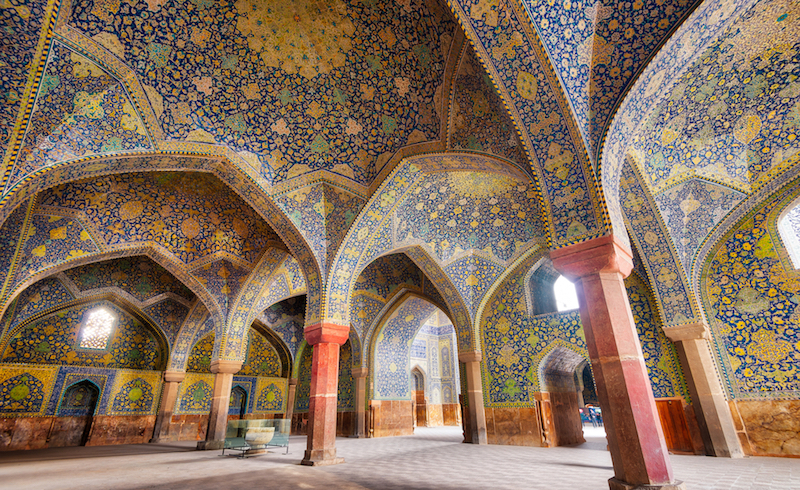 As our ears slowly become accustomed to the subtle yet eerie tonal change of the adhan in most of the Arab world during the coronavirus pandemic -  “Hay ‘al Salah” [come to the prayer] becomes “al salah f beyootekom” [Pray at home] - religion’s aesthetics and semiotics reveal themselves to be somewhat constants in our lives, regardless of whether or not we’re even practitioners of that religion. The cadence of the call to prayer and the cultural sanctity with which the state and its people treat mosques, churches and religious landmarks - stemming from an inherited set of cultural practices - are now embedded in the physical landscape of many countries in the Middle East, from Egypt to Palestine and Iran.

A recently published book zooms in on one of the many aesthetic constants of Islamic art in particular, one that’s so ubiquitous, it’s overlooked. In Color, Light and Wonder in Islamic Art, author and curator Idries Trevathan explores the relationship between the bright, eccentric and incessant use of colour - in parallel and in conjunction with light -  in Islamic art and architecture, and the concept of ‘ajab’ [wonder] and how it relates to Islam. The architecture of mosques and other Islamic landmarks is married once again to the philosophical and religious concepts that constituted their inception in the first place. Trevathan delves into the historic examples in Islamic and Arabic literature that emphasise a feeling of awe, wonder and a connection to the extraordinary, the unseen and the unfathomable, via the experience of colour and light as projected through Islamic architecture.

He writes, “descriptions of buildings and objects by medieval Muslim observers are often filled with joyous praise of the brilliance and translucency of pure, bright colours.” He adds, as he explains to me the importance of the visual aspects of this book in recreating those feelings of ajab in a wholly different time and place, “in a pre-modern context, spontaneous and sensual delight in light and colour (whether found in art or nature), and particularly bright and luminescent colour, induced a feeling of ʿajab (wonder, awe and amazement)... that could lead to deeper feelings of awe about the universe, God and His creation.” With a special focus on the 17th-century Shah Mosque in Isfahan, Iran - a towering masterpiece in Islamic architecture, and an incredible example of colour used on a grand scale in Islamic art - the book delves into the philosophies and aesthetics embedded in the region's most treasured landmarks. The muqarnas portal arch above the main entrance to Isfahan's Shah Mosque. The entrance is described in Natanzi - Iranian - literature that the author references as ‘a clear example in its sublimity and soaring loftiness of the essential meaning of the pillar supported by heaven'. The entrance to Iran's Sheikh Lutfallah mosque, decorated in both tile mosaic and Haft tang tiles. Inside the winter prayer hall of the Shah Mosque. The author’s impression is as if one is surrounded by a blue field strewn with flowers. The Masjid-i Shah in 2011, as seen from the Ali Qapu palace. Modern Haft rang tiles, which after firing, were to be fixed on the walls of a mosque. The seven colours used in the Shah Mosque. These tiles were removed from the building's main dome following a recent restoration in 2010. With this photo, the author explains that, "recent technical analyses performed on a variety of Islamic architectural decorative work show that craftsmen sought to create and reflect light. Material analyses on the stuccowork seen here in the Court of Lions identified a combination of gypsum, powdered marble and eggshell. The latter two additives were included to make the gypsum both harder and more reflective, thus providing greater luminosity to the colours applied which are no longer extant."

Color, Light and Wonder in Islamic Art is out now on Saqi Books.

All photos courtesy of Saqi Books. 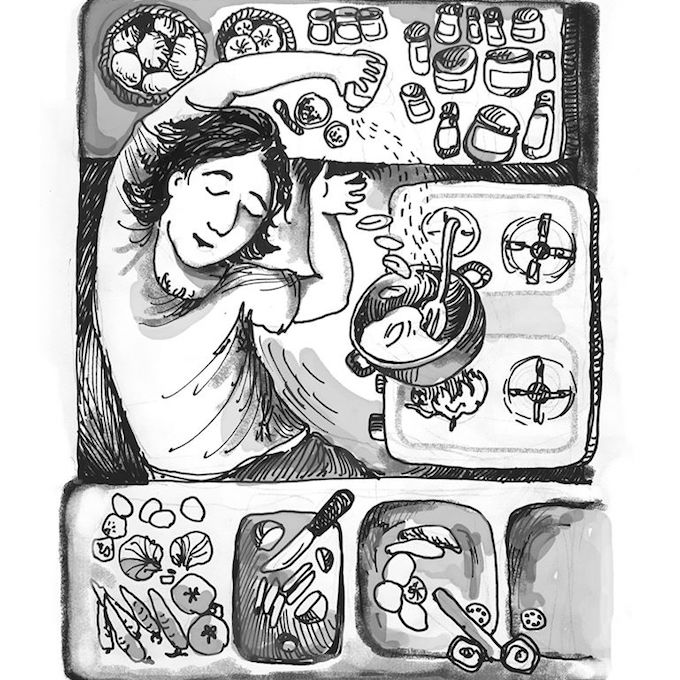 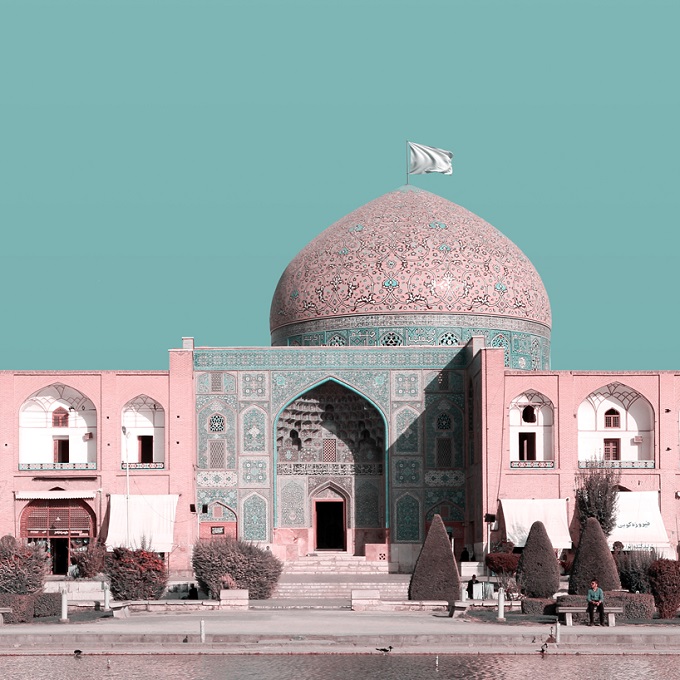 The project comes as a response to President Donald Trump's threats to attack...