The art event is a reflection on the desert's cultural and historic landscape... 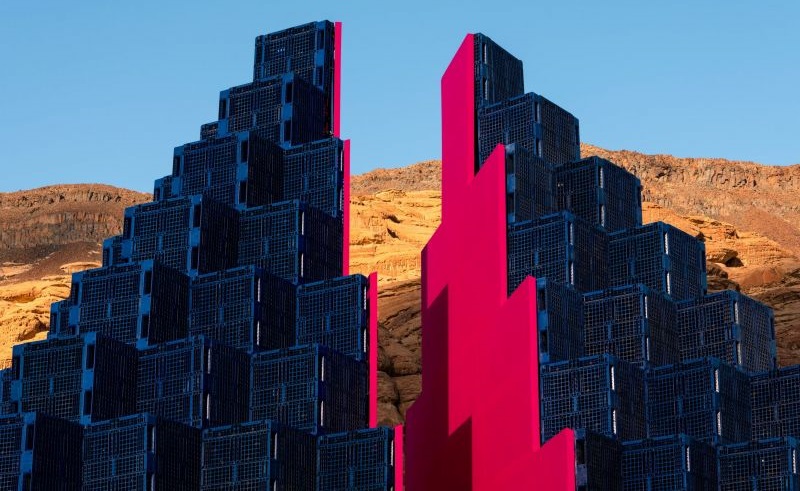 Sprawled amid the sands, rocks and tombs of Al Ula desert in northwestern Saudi Arabia, are now tens of installations by contemporary Arab artists, including Wael Shawky from Egypt, and Saudi artist Manal AlDowayan.

Desert X Al Ula is the first international event for the art collective, which is originally based in the Coachella Valley in the U.S. The collective’s focus is on desert communities and cultures, so for this event, the artists were asked to reflect on the history of Al Ula and respond to the landscape in their works. Among the works on display, Emirati artist Mohammed Ahmed Ibrahim’s 'Falling Stones Garden', consisting of colourful rock-like formations, is an ode to the diverse ecosystem of flora and fauna in Al Ula.

The exhibit is the first of its kind in Saudi Arabia, and its location holds a specific cultural importance for the country. Al Ula was once an epicentre for different civilisations and cultures, and the Saudi government recently established the Saudi Royal Commission of AlUla, as part of the crown prince’s economic, cultural, and social reform plan known as Vision 2030, which aims to open the country up to tourism.

Scroll below to see some of the stunning installations at the exhibit. All photos were taken by Lance Garber, courtesy of the Royal Commission for Al Ula, the artist, and Desert X.

We sit down with Saudi Arabian artist Khalid Zahid who creates work that often...