We sit down with Netflix' Vice President of Original Content Cindy Holland to address the elephant in the room: Diversity. 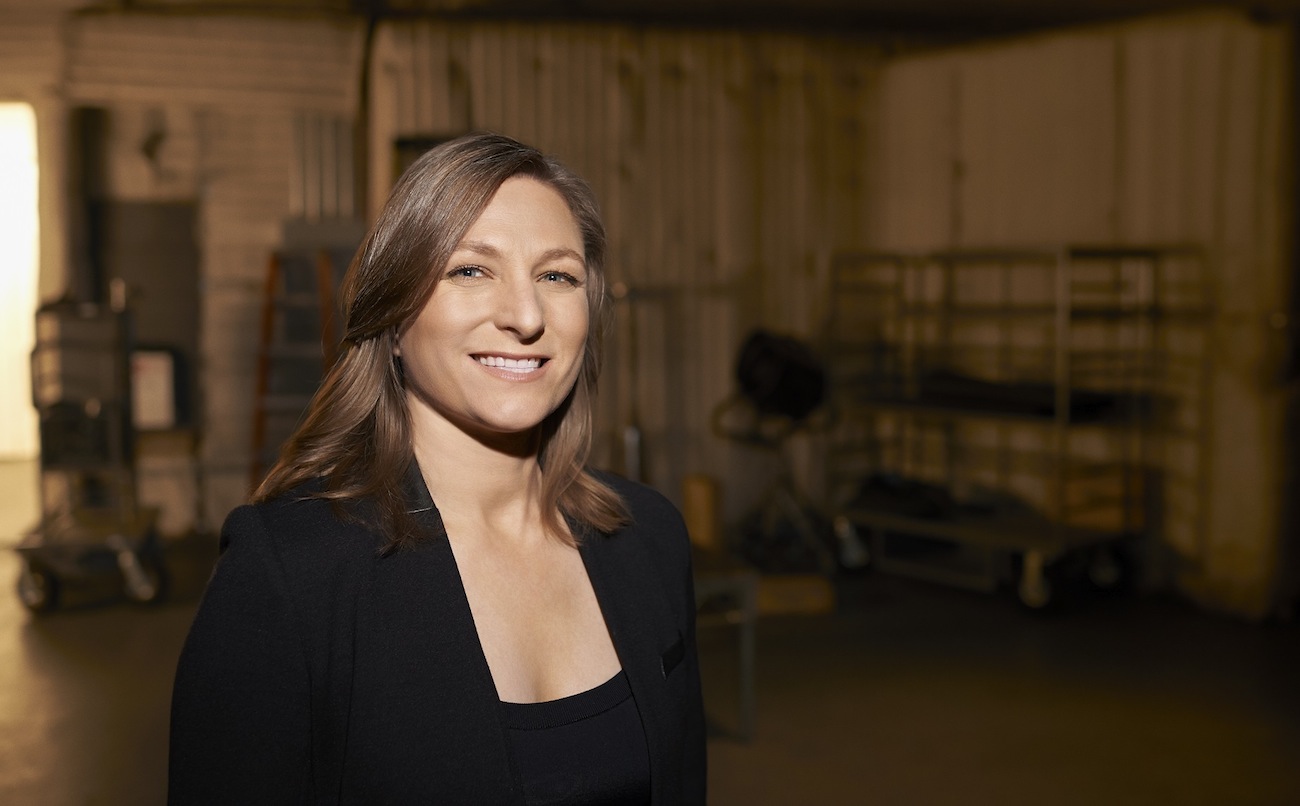 Netflix has undoubtedly revolutionised television in the millennial age. When it launched its first original series in 2013, essentially shifting from a platform whose primary function was to stream the content of others to creating its own, its intrinsic strength was that its model hinged upon capitalising on the modern day method of consumption; that of insatiability. Binge-watching became an international pastime, one practically championed by Netflix and its unique model of releasing the entirety of a show in one shot, a move that eliminated the need for audiences to watch episodes in weekly increments. It was this precise blend of creating an unprecedented new format of watching television, but just as importantly, pairing that with releasing edgy and intelligent shows, that captured global attention (kicking off with House of Cards, closely followed by Orange is the New Black) and which solidified Netflix' unusual - and unparalleled - role in the market. And the woman behind selecting all of these shows, shows which now dominate the airwaves, is Cindy Holland, their Vice President of Original Content.

"When I first joined Netflix 13 years ago, Reed Hastings [Founder & CEO], walked me through his vision for Netflix, from DVD by mail service to an international streaming service. While we didn’t know we’d be making our own content at that point, it became an inevitable strategy," Holland tells us. "There was a level of risk when we first started, and it was perhaps a surprise to some when we began making our own original content, but, fundamentally, we were and are confident in the bets we placed."

And those bets have most certainly paid off; the site currently has over 93 million subscribers in 190 countries and every time they drop a new show, the entire world takes notice. Holland ascended to her current role in 2011, the same year House of Cards hit the site, and since then, she and her team have consistently been puppeteering the eclectic range of shows on the 'Netflix Originals' roster, including OITNB, Narcos, Black Mirror, Chef's Table, Stranger Things, The Unbreakable Kimmy Schmidt, Daredevil, Jessica Jones, and The Crown, all of which have been massive hits.

What we see is that high quality content really transcends borders. Take a show like Narcos, for instance. Narcos is produced by a French company, filmed in Columbia, led by a Brazilian actor and has a dialogue that is 70% in Spanish.

The sheer diversity of their shows - from women's prison dramedies, to a sci-fi show about children in the 80s which became an unprecedented cult phenomenon, to a slew of documentaries and even original films - allows them to access audiences in every corner of the globe, and their string of successes have heavily impacted the site's direction as their primary focus this year is purely original content; they are seeking to release 1,000 hours of original programming, almost double the amount produced last year. "We're programming for diverse and varied tastes and for an increasingly global audience, so we have to be more reflective of the audience we serve," Holland explains. "One thing we know is that great storytelling transcends geographic bounds, so we look for talented creators who have stories they are passionate about bringing to life."

And as the site constantly and continuously looks to diversify, the natural question arises, especially in light of the current global mood where Arabs have taken centre stage - is the Middle East sufficiently represented on Netflix? The site is dotted with a few Arabic language films such as Sand Storm - an Israeli production - and psychological thriller Zinzana (Rattle the Cage) by Emirati director Majid Al Ansari. In addition, Netflix acquired the rights to Fauda last December, a politically-charged thriller about the complexities, chaos, and casualties of the Israeli-Palestinian conflict, which is one of the most important Arab issues of our time, yet it is still another Israeli project.

But it seems their trajectory may be shifting; their Netflix original, White Helmets is the first major Arab production to their name. The gut-wrenching documentary about volunteer rescue workers in Syria just nabbed an Oscar, a win that might open the door for the entertainment giant to feature more stories with a focus on the Arab world, and perhaps tap more Middle Eastern directors (White Helmets was directed by British Orlando Von Einsiedel) to be at the helm of such projects. Real stories from the Middle East and North Africa are rarely told to the world, especially with the myriad complexities and idiosyncrasies they possess - traits which only a full immersion in the region can really reveal to you. Arab filmmakers' work rarely reaches a global stage and international work which depicts the Arab world is often rife with inconsistencies and caricaturisations.

We speak to Holland to understand the thought process behind selecting new shows, why their formula works, and if the Arab world will be taking on a more expansive role on Netflix' platform.

On what basis do you give the green light for new shows?
There isn’t an exact science to our commissioning process. We are able to make informed decisions by using our data to size the potential audience for a project and estimate the right level of investment. That, combined with my team’s keen eye for strong storytelling, allows us to place our bets smartly.

Netflix and binge watching have practically become synonymous - what do you think gets people so hooked on Netflix shows?
Netflix has pioneered audience choice in programming and has helped free people from the limitations of linear television - we’ve cut the shackles and allowed our members to watch shows in a way that fits into their lives.

When it comes to getting “hooked”, we believe it is down to the quality of the content - people get immersed with great stories. Towards the end of last year, we actually looked into this type of viewing behaviour to learn more about when viewers fall in love with shows.

What content or what types of shows seem to work best beyond US borders - in the MENA region in particular - and why do you think that is?
What we see is that high quality content really transcends borders. Take a show like Narcos, for instance. Narcos is produced by a French company, filmed in Columbia, led by a Brazilian actor and has a dialogue that is 70% in Spanish. With all this taken into account, the show has drawn audiences from Canada to Cairo. We strive to connect audiences with varied content.

You have in the past discussed the importance of diversity at Netflix. Both in the sense of your directorial ranks and what the show's topics and content revolve around - do you believe the Arab world is sufficiently represented on Netflix?
First and foremost, we believe in great storytelling no matter the origin. We understand that amazing content can come from anywhere, which is why we continue to grow and develop our international catalogue whether they’re projects from the UK, Germany or the Middle East. In regard to local content currently available on the service in the Middle East, we have high-profile titles including Majid Al Ansari's Zinzana with Ali Suliman, and Mir-Jean Bou Chaaya's Very Big Shot - both of which are enjoyed in the Middle East and beyond. Do you think you will at one point start focusing on creating content that focuses on the Middle East? You guys have picked up shows like Fauda but will there be original content created about certain issues in the Arab world? And if so, what kind of content would you be looking for?
We look for experienced creators with great stories to tell from all over the world. We’re already making series and films in Brazil, Canada, Colombia, France, Japan, Italy, Mexico, and the U.K., among others, and are always on the lookout for new and compelling projects that would appeal to a global audience including our members in the Middle East.

How do you guys notice young Arab filmmakers or how could they potentially get on your radar, considering many of them might offer a uniquely insightful look into a region often caricaturised but may not necessarily have much exposure yet?
Our team attends numerous international and local film festivals and have a strong network for content creators across the globe. We do not just focus on working with industry veterans who already have TV credits, we have, and will continue to, also back independent creatives to give their stories a platform to reach global audiences. It really starts with the storytellers, somebody coming to us with a passionate vision for the piece of content they want to create and our belief that they have the ability to execute against that vision.