Mosul, directed by the famed Russo brothers, gave rise to the hashtags #NoOrientalism and #DecolonizeHollywood - leading to a spiral of controversy surrounding the film's Western vantage point. 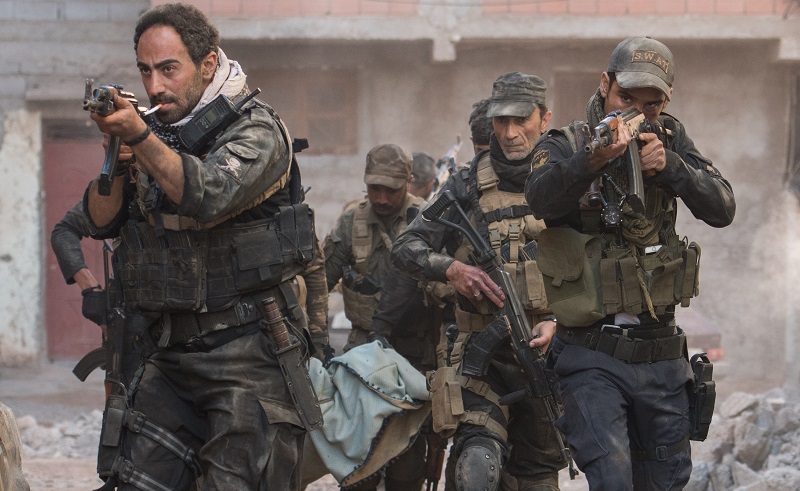 For the first time in Hollywood history, directing duo Joe and Anthony Russo — known as the Russo brothers, and famed for being the makers behind the highest grossing movie in cinema history, Avengers: Endgame as well as their work on Emmy-winning TV series Arrested Development — produced an all-Arabic action movie, Mosul, premiering it at this year’s Venice Film Festival.

The film, directed by first-time American filmmaker Matthew Michael Carnahan, was inspired by a New Yorker article about a rogue Iraqi SWAT team who tried to save the city of Mosul from destruction at the hands of ISIS. The cast of Mosul with producer Anthony Russo on set.

With a cast made up of mostly Iraqi actors, including Suhail Dabbach and others, many of whom are relatively unknown, the film drew attention for its unconventional approach. Mosul aroused some controversy on various social media platforms — with the hashtags #NoOrientalism and #DecolonizeHollywood going viral — as a result of its dominantly Western vantage point.

While the filmmakers aimed to achieve “authenticity” by hiring an Iraqi executive producer, Mohamed Al Daradji, as consultant, and were adamant on getting the language and dialect across accurately, the film is still backed by creatives who do not know the region, its history, or its plight, as much as its natives do — that is what some have argued against those who hail the Russo brothers as Hollywood heroes for telling the story.

Mocking those who call it a "passion project," American writer and professor Susan Darraj commented that the last "passion project" about the Middle East was colonialism.

You know what else was a passion project about the Middle East?

Many, including Syrian-American writer and activist Laila Alawa, are criticising the Russo brothers in particular for hiring a white man as director instead of giving that chance to someone with more knowledge on the war and the region.

OKAY WE GET IT. It’s profitable to “support” *~diversity~* these days.

BUT SOMEONE TELL ME WHY A MOVIE ABOUT ARABS
IS BEING DIRECTED
BY A WHITE DUDE
WITH NO EXPERIENCE.

Somebody tell me this is a joke. Somebody. #DecolonizeHollywood#NoOrientalismhttps://t.co/geLV2uUyKS

Others have commented on the lack of representation of Arab creative talent on American TV in general, crediting that to producers and their choice of hires as well.

So in order to achieve Arabic &quot;Authenticity&quot; you hire a white man to write the story?