From the female visionaries behind Syria’s modern art, to a 1400-year visual history of hajj, here are 7 art exhibits from around the Middle East that you can visit, right from your couch. 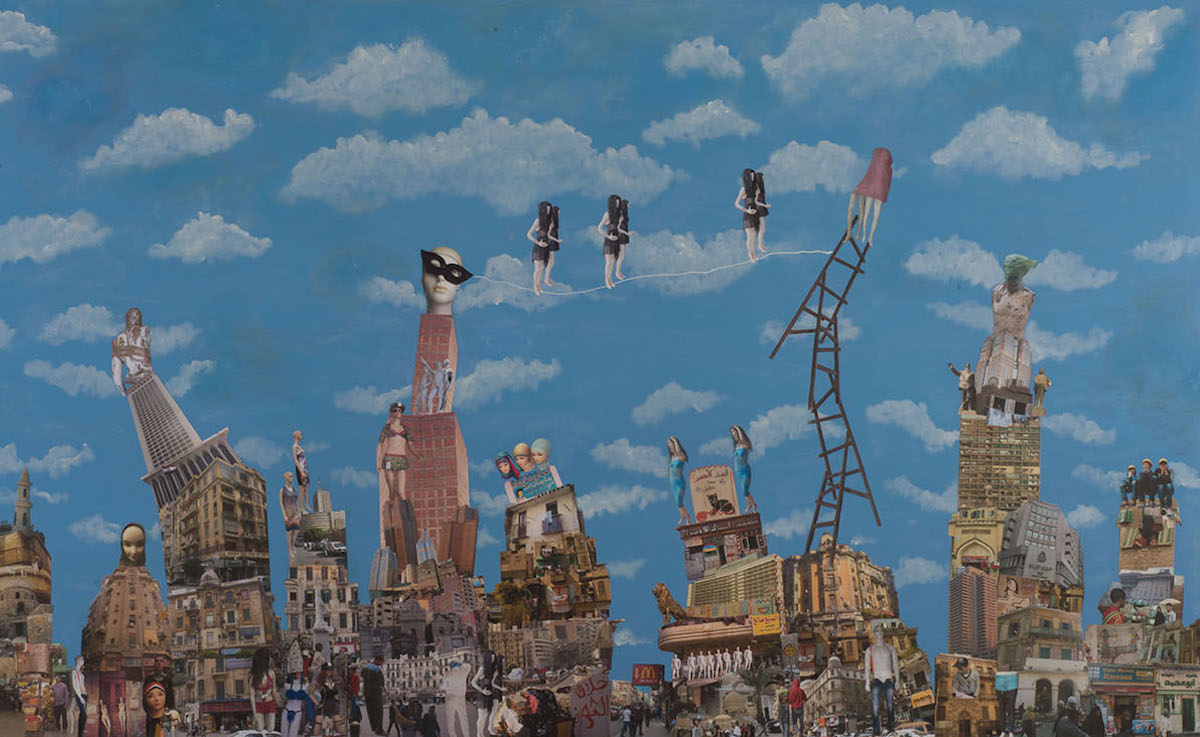 A lot of us are going on six weeks sheltering at home, self-isolating, social distancing, you know the spiel. The art aficionados among us might have circled the Louvre, the Met, and the British Museum, all of which have launched virtual tours to help with the coronavirus lockdown.

Arab and Islamic art, however, haven’t gotten their share in the limelight, despite a number of fascinating exhibits available online, from the female visionaries behind Syria’s modern art, to a 1400-year visual history of hajj, here are 7 art exhibits from around the Middle East that you can visit on Google Arts & Culture, right from your couch. Self Melt by Diana Al-Hadid.

Barjeel Art Foundation is an independent, United Arab Emirates-based initiative established to manage, preserve and exhibit the personal art collection of Sultan Sooud Al Qassemi. The foundation’s guiding principle is to contribute to the intellectual development of the art scene in the Arab region by building a prominent, publicly accessible art collection in the UAE. In line with their goal of open-source artistic education, they’ve offered a whopping 931 items for our online enjoyment, including 20 exhibitions. The Gift by Mahood Ahmad.

Patron and founder H.E. Sheikh Hassan bin Mohamed bin Ali Al Thani first began to imagine what an Arab Museum of Modern Art might look like twenty years ago, and now Mathaf's online museum is more than Arab contemporary art; it offers an Arab perspective on contemporary art more generally. Though their online collection boasts only one exhibit, it is a masterfully curated one, with insightful blurbs, written by local and international experts, on each piece that together tell the story of modern Arab art, including such giants as Gazbia Serry, Saloua Raouda Choucair, and Paul Guiragossian. The Woes of Happiness by Mohammed Al Kouh.

Contemporary Art Platform (CAP) is dedicated to developing and supporting the arts both in Kuwait and throughout the region, supporting emerging and local artists along with its repertoire of established and international names. The non-profit is offering a massive collection online, including 5 exhibits, 6 collections, and a total of 615 items. Return of the Mahmal from Mecca to Cairo.

In 1970, Iranian-British Professor Nasser D. Khalili began collecting Islamic art. Fifty years later, the Khalili Collections are composed of eight distinct art collections, hold over 35,000 items, and are said to include the finest and most comprehensive collection of Islamic art in private hands. The 1,000+ piece collection available online includes a fascinating Visual History of the Hajj, encompassing all 1400 years of the practice’s centrality to Islam. The Atassi Foundation is an ode to modern and contemporary Syrian art, tracing its trajectories from early 20th century to the present. Of their two available online exhibits, one is dedicated wholly to the role of women in the development of the Syrian arts scene.

In the above work, for example, Sulafa Hijazi’s ‘Dress’ features 372 scannable QR codes forming a decorative mosaic resembling traditional embroidery styles of the Levant. Viewers can scan each QR code, which will lead them to an article, picture, other piece of art, or video.

6. The Museum of Islamic Art | Qatar A page from a blue Quran, North Africa, between 9th and 10th century CE.

This museum’s collection goes beyond the expected mosaics, featuring masterpieces of Islamic art including metalwork, ceramics, jewellery, woodwork, textiles and glass, collected from three continents and dating from the 7th to the 19th century. Tearing, From the Series 'Crash', Paul McCarthy by Mustafa Horasan.